Important: The current build is for sandbox play only — to let the player grasp the core mechanics of the game before game styles/modes are implemented. There is no scoring/end to matches aside from your own personal agendas and experimenting with reactions. 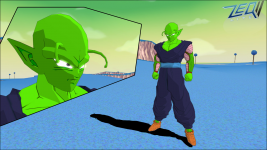 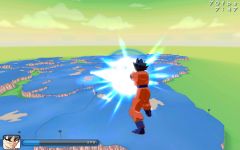 ZEQ2-lite Public Beta 1 can be downloaded using Subversion at the following :

For those of you unfamiliar with Subversion, please follow this simple guide.
Be sure to check the link as you should NOT download the files manually in your browser.

Important: The current build is for sandbox play only — to let the player grasp the core mechanics of the game before game styles/modes are implemented. There is no scoring/end to matches aside from your own personal agendas and experimenting with reactions.

What ZEQ2-lite Public Beta 1 does not contain :

The first public beta release of ZEQ2-lite does feature the following :

Updates for the project will arrive VERY frequently, so be sure to stay focused on the information provided through this blog as additional content/code becomes available.

We have an IRC channel setup at irc.freenode.net #zeq2 . Please visit for finding out how to get connected to servers and any help/information you may need. 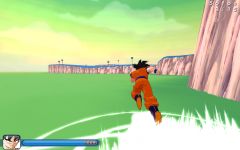 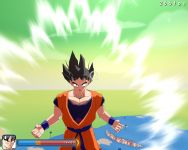 any way we can get a simple .zip file?
windows 7 does not like TortoisesSVN very much...

What's the problem? I'm using Windows 7 and SVN works perfectly for me. :)

Whenever I right click I can't seem to find SVN checkout.

might also help to tell you I have a 64-bit system.

Are you sure you downloaded the 64-bit of TortoiseSVN?

Well there's my problem there :( thanks for the help everyone.

I hope you did restart.

Indeed. I think this might be a contender to MOTY ya know. ;)

Well done lads! This is something special.

I don't know. I haven't been wowed by a dbz mod since the original (not fan-repacked) Bid for Power, so it would have to try very hard and somehow change up the gameplay to make it actually playable. DBZ mods always have been a luck-based level-up fest (if you're lucky and a stupid 'combo move system' isn't implemented for all attacks like one mod did)

I've talked to Brad and MDave, what they have planned sounds pretty great if they can pull it off. The melee is abit complicated. Button mashing really doesn't show the real gameplay in this. The amount of different attacks melee and ki based are very high.

They've released a tutorial on there website about how to play it.

All in all, it's one hell of a sexy looking game. Fun to, just need a few polishing up.

Was cl_avidemo NN removed from the demo options? I wish to export frames of a demo I recorded to TGA but this command doesn't work.

BTW I really do not recommend SVN for distributing complete, compressed binary builds! It will overbloat the server, the repository, and be overall messy for bandwidth reasons when someone checks it out since they'll also snag all past revisions.
I learned that the hard way (OpenArena svn)

We're using a separate repository anyways, so it doesn't matter.

Umm... Where the **** did Zeq II come from? It was dead for years, then outta freaking nowhere a beta? XD

you have to be joking i've waited for so long you guys i am glad you've shown results :)

looks grate hope it gets even better :D

Holy s**t! The Spirit Bomb is just amazing. It's literally eating up the map once it hit the ground. Nice job you guys! Will a storymode be implemented aswell? It definitely could give us the Ultimate DBZ experience here in the PC :D

Freaking awesome! I cant wait for more of this. EPIC!!!!!

Excellent work! With we can see on this beta, you can do a game better than ESF which is at present the reference, I'm sure of it. Keep going!

this looks awesome! i can't believe i hadn't heard of it before!

If the engine is basked on IoQuake3, is there a playable mac version?
Also, is there a way to download besides svn...?

The project never got a cease and desist. The original project had a DMCA request that involved our previous host being contacted for alleged content hosting violations.

I'm also kinda of puzzled about this. Can this be considered an actual continuation of the original with it's ideas and plan of features?

Was only one map released in the beta? In the screenshots we see Planet Namek, but it's not available in the game.

Namek will be available in a future update. :)

Alright. Maybe then people will start hosting some servers =)

People are already hosting servers, it's just that there's a bug with the menu.

Is there a way to make it show the servers?

There's no filter for it at the moment, it will be fixed eventually.
In the meantime you can play with others on this server: 74.194.99.70(US located)

Managed to get it to work!
Great mod. Excellent models, use of shaders, and graphics. However I do think the animations could use a little work. Other then that top-notch. :)