Lots of changes and enhancement in this release. The major and significant changes are:
- More stable, more patched sections!
- You can now go online to play this mod with friends, thanks to CnCNet for this!
- You can find and use Stolen Techs to win the game easily!
- Still just like the previous release, 3 Allied subfactions and 3 Soviet subfactions...
- But the good news is, you can play a prologue campaign of New War conflict as Yuri's faction! Operation: Limit Break is waiting you...

You can see Pre-0.43 screenshots in Images section. We are going to showcase the Stolen Tech units that you can obtain in the game. 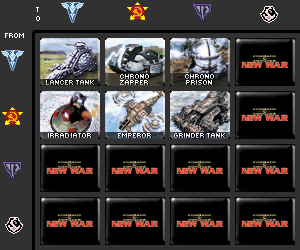 A little ability spoiler for these units:
1. Lancer Tanks can decrease enemy armor, and use Chrono weapon as a finisher.
2. Chrono Zappers can travel anywhere, and strike them with Teslas.
3. Chrono Prisons can abduct enemy and brainwashing them.
4. Irradiator will irradiate your enemies.
5. Emperor Airship is the most powerful heavy air unit that you will ever had (in firepower and attack range).
6. Grinder Tanks can throw Stun Grenades and grinding crush, and can obtain Bounties by killing enemy with this units.

Another random screenshot of the mod when doing an Online Match from Pre-0.43 release! 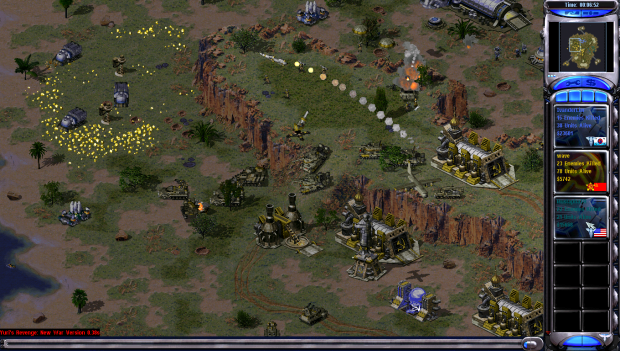 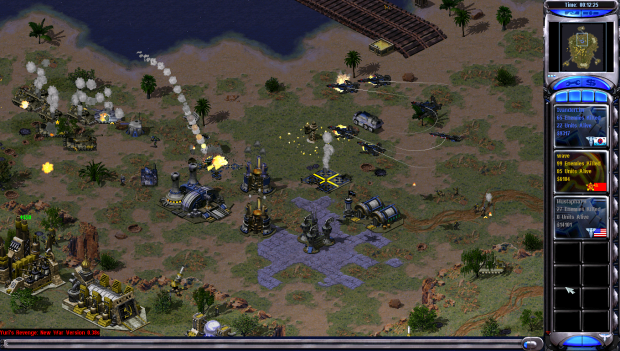 Here are the subfactions in this mod with new flags thanks to SeriousToni ! 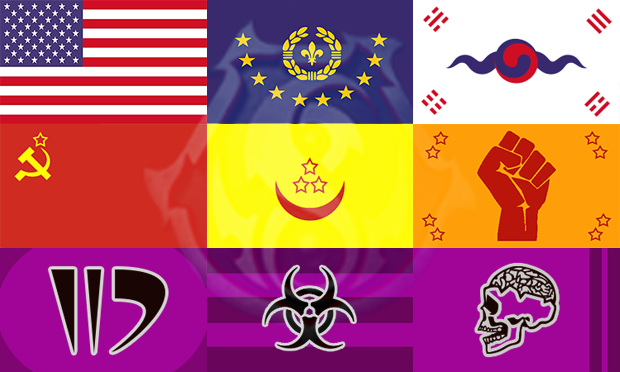 Unfortunately, due to Yuri and Black Force's arsenal are incomplete, we removed them from the country selection list. But about Yuri, you can try the demo at the Prologue Campaign, Operation: Limit Break.

That is our mod, Yuri's Revenge: New War or can be called Command and Conquer: New War. It is using ARES, a DLL that enhance and bugfix the original game made by ARES Team.

You can download the mod here. Soundtracks are separated and can be downloaded here. You can see the credit list here. The instruction is in the mod's download note. Make sure you followed the instructions and we will wait for your reviews and co-operation!