This is an opinion piece on game development. In particular, I go over developing a game with a no to low budget, and a few words of inspiration and game design. 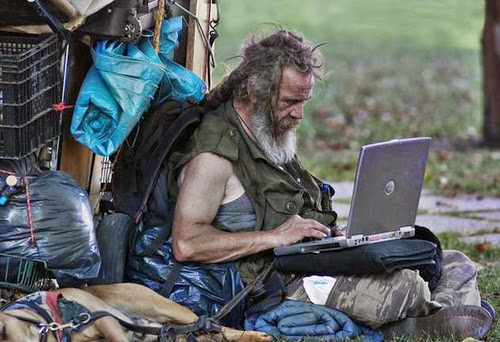 Fair enough, you do. But for the sake of this blog post, humor me as I regale you with tales of near $0 budgets and what it really takes to be successful with your game (hint: it ain't money).

My game isn't finished yet, so I'm probably not the best resource on the matter but you're going to listen to me anyway and likely agree with what I'm saying. And yes, that is a challenge ;] .

NO DOLLARS? NO PROBLEM!

I've been working on Grimslingers (formerly known as "High Moon") for 14 months now. To this date, I've literally put $0 dollars towards the development of the app. The physical game has been a bit more costly, printing out and ordering prototypes, so I've probably spent around $200-$300 dollars over the past 6 months.

What I did spend however, was my time. Which thankfully you have lots of as an indie developer. Here's an equation I don't want you to forget: Your Time = Infinite (well until you die)

You have the greatest resource their is, time, and thus an infinite budget. Generally, no one (maybe your significant other) is breathing down your neck pushing a deadline. If you're a part of a team, it might be a different story. You should try and work with people as flexible as you are.

Some of you who have been following the development of my game for some time now know that I have redesigned the game many, many times. I've scrapped months of work, months of graphic design, months of game assets etc etc.

This wasn't because I wasn't sure of myself or my game. It was because I WAS sure of what I wanted to make, and when something turned out not to be in harmony with my overall vision, I redesigned.

BUT I NEED MONEY FOR STUFFS!

Some of you indies can't do art, or can't do programming or can't manage social media. Well suck it up and learn, or bring someone on who can do those things. Luckily, I'm able to do most everything myself besides programming.

I managed to find Jeff Faust (or he found me) who was able to be as flexible as me and bring to the project skills I didn't have.

Go find your own "Jeff Faust" if need be. We have a profit sharing agreement of 50/50. I honestly don't care if I spend 80 hours a week and he spends 40 (not saying that is the case).

If you need to take a smaller cut to entice the person you need (say 40/60) go for it. But before you go doing that, make sure you have a game worth doing it for. I believe very strongly in Grimslingers. I believe it solves a problem as anything innovative should. I believe it's fun, I believe it delivers on all of it's promises. That's why I gave up a 14 months of my life to make it happen.

I'm not out of the gate yet, so i'm also willing to sacrifice many more months to bring it to fruition.

YOU ARE YOUR OWN INVESTOR

Your time is your budget/investment. You are the biggest whale investor you're ever going to get. Before you go investing in yourself, do something a bit crazy.

Pretend you are both an investor, impartial to the game, and the game's creator pitching the game. Are you able to convince your impartial investor self (the one who's going to be funding you with an infinite amount of time)?

I know I've managed to convince my inner investor.

So don't.
Don't try and take on the big guys. They have more money, more experience and more everything. If you don't care about making money, or having much success...then go ahead and make a farcry clone, or a wow clone, or a whatever clone that directly competes with a better, bigger game.

Do what the big guys aren't doing. Don't just innovate a few details of the genre you're creating and expect anyone to really care. Innovate the whole dang genre as best you can.

I spend hours each week reading what people do and don't like about my favorite games/genres. It doesn't make me an expert, but it gives me an idea. And the very best ideas have come from realizing what I personally do or don't like.

I wouldn't have made a clone of a game I love simply because I wanted to make my own version of it. That's just remaking a game with less production value. No, instead I made the game I wanted others to make for me, but weren't.


Think of game development like you're going to try and save the day.

I'm a huge MMO fan (Like...I almost only exclusively play MMO's). But the MMO genre is just full of crap lol. The community is shouting at the top of their lungs what they want and almost no one is listening. Or, publisher's are just too afraid to listen and answer the call. They want to play it safe.

Well, buck up soldier, it's time to go to war. Put on your superhero costume and save the day. Take time to hear the cries of your people, and answer the call. Make the game other's are too afraid to.

Make the game other's couldn't because they didn't know how to fix the problems with the genre, couldn't figure it out for themselves, couldn't see the writing on the wall.

Step up, be the hero.

Wise words - especially with so many incredible free/cheap development tools out there right now. I would argue however that my game is funded by caffeine XD

Lol, whatever works my friend!