Two years of silence... ...and finally, as promised! X-Half-Life: Deathmatch comes back! For all those people who played, enjoyed and requested fixes and updates! And for others as well. Expect many fixes, speedups and graphical improvements! Also, less cheating, more tweaking and gameplay control.

Two years of silence...
...and finally, as promised! X-Half-Life: Deathmatch comes back!
For all those people who played, enjoyed and requested fixes and updates! And for others as well.
Expect many fixes, speedups and graphical improvements! Also, less cheating, more tweaking and gameplay control.
Also this time XDM was tested to run on a wide range of hardware. Ability to play on Intel Atom-based laptops confirmed. Positive. :)

Version 3.0.3.4 may probably be the last one. I'm having too much problems getting my Ph.D. qualification right now to spend time on XDM. And programming for HL1 engine has no perspectives either. But feel free to request bugfixes. 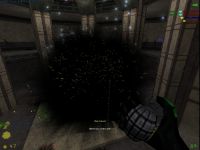 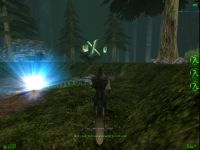 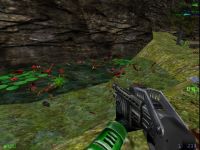 See other screenshots in this gallery

If some people concerned, YES, I made plasma ball weapon, but since I've got no model, It wasn't implemented. Yup. (

For those folks who didn't know: XDM is an Unreal/UT-style HL mod with tons of familiar stuff and THAT familiar atmosphere. )
XDM continued where VALVe stopped. XHL provides extended features, effects and principles with FULL BACKWARD COMPATIBILITY. No kidding. XHL pushes HL engine to its limits.

Oh, and by the way... It's been 8 years already! Let's drink together at this newyear for XDM and the game development industry! :D
Thanks everyone. See ya.

If you're having PROBLEMS:

1) make sure you have downloaded the whole version chain (3.0.3.x) packages
2) make sure files were not damaged: you can open any package in WinRAR archiver and use "Test archived files" command (Alt+T). If errors occurred, you can try to Repair (Alt+R) this archive or, if nothing helps, download it again.
3) make sure you have installed all packages in proper order and in the same location (and let installers overwrite files)!
4) make sure you are using one of required versions of Half-Life

By the way about the "no free edicts" error; there is a command you enter in the properties of the mod/game before you run it (in Steam of course)

Altough each user has to add it in manually, hope it helps you with the entity usage.