It's been a short while since WWI Source has updated it's news post. Today, we'd like to show you the progress on various level design, user interface art and 3D art; WWI Source is also going to describe in detail what is going on, how things work and answer questions that the community have been asking.

Hello, it's been a short while since WWI Source has updated it's news post. Today, we'd like to show you the progress on various level design, user interface art and 3D art; WWI Source is also going to describe in detail what is going on, how things work and answer questions that the community have been asking. 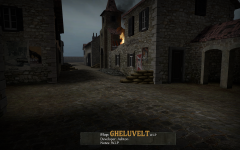 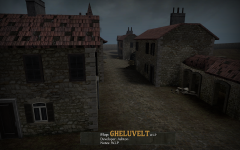 Ashton is doing a fantastic job of developing the Gheluvelt map; Gheluvelt is based around a small village during the first battle of Ypres. Players must compete to hold points and make sure the enemy has lost their moral! 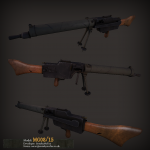 Sneaky is our newest member to the WWI Source team and I believe I have it on good terms to state that he has made a big presence in the team. Working hard and delivering fantastic detail to his latest weapon for WWI Source is the MG08/15. He has crafted the gun to perfection and is an absolutely fantastic update to WWI Source, and I can say it's made a massive change in gameplay! 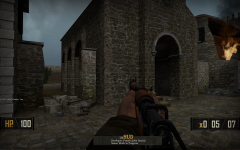 My role isn't just as the step in programmer, it was originally UI artist. Lately I've had the chance to get back to what I'm known for, which is UI. I'm working on WWI Source 2.0's hud and giving it a strong edge, let's scrap the acute and light huds, how about throwing a twist on it and giving a game/mod a strong threshold of a HUD. Ideally the HUD is far from down, I've pretty sketched out all I need to do, but I wanted to give you guys an update on it. It's progress!

Now onto more interesting shenanigans, we now have open spots for Beta testing! Recently we took a tumble when several of our beta testers vanished or had to leave, so we're on a new horizan and looking for new beta testers stipulations are as follows.

You are: Willing to giving constructive feedback and write descriptive posts on the beta forums about issues/bugs/exploits. If at any time you see an issue regarding the game, make sure you tell a developer straight away. You have a steam account (Duh!) and have recently played the old build(s) of WWI Source. You're able to effectively give collective feedback and explain yourself in full.

If this is for you, then send a PM to me, Sol or Wickit.

We thank you for supporting us on making WWI Source a success. Keep up to date by checking the forums!

I have never seen a ww1 mod this good. Literally never :D

Nice progress you are making. Keep it up. =)

Great update, that looks a lot better and the 2.0 is choosen right ;)

keep up the great work cant wait to play

Keep up the Great Work!

I love it!
One question, the map buildings and thing can be destroyed?

a bit same as canoso asked, maybe some kind of carriable explosive or stuff and parts of buildings could be destroyed, for example doors and some walls?

Are we going to see (or hear in this case) 3D voip as in RnL?

anyone for a game?Add me on Steam dany080

ive only got one server to yoin can anyone tell me how to get more severs?