Discover the history of the various race of Mytha that live under the human rule in Elegos, with first-hand accounts that reflect how they were seen and treated.

The true origins of the Mytha are shrouded in mystery, however, to the disgruntlement of the humans in power, many stories have been passed down that all indicate that the Mytha pre-date the modern civilisation that currently rules in Elegos.

It’s important to note that the Mytha are not a singular race. There are many races of mythological beings that populate the world, including the impressive and powerful Minotaur, the mysterious Daeva and the elegant Merfolk to name a few. 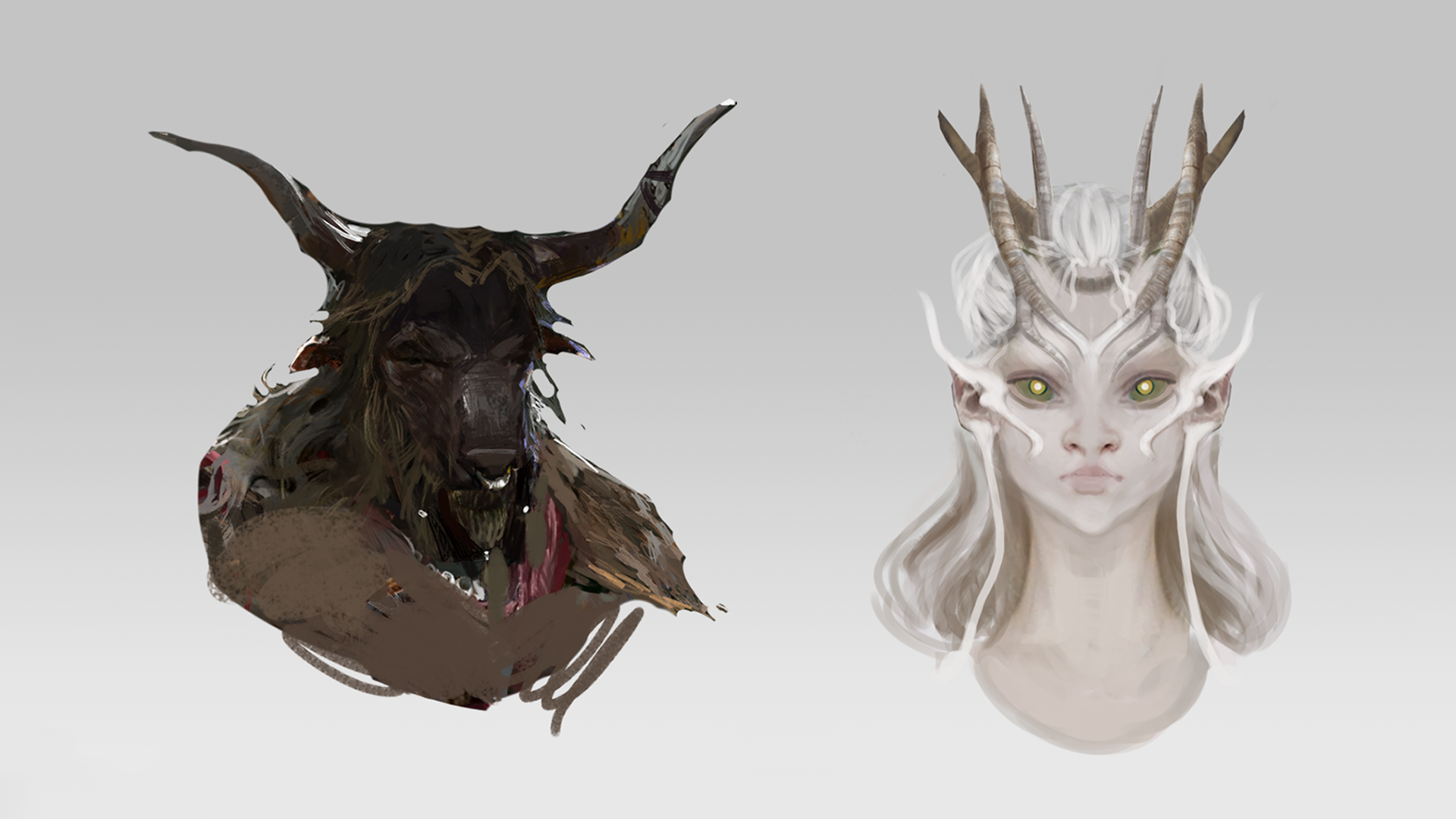 The term Mytha however became a disrespectful slang term for any mythological creature that resides under the human-run state of Elegos, perpetuated by humans who largely resent the Mytha even existing.

This deep hatred and resentment for Mytha can be seen still today, translated from the many journals, tablets and even graffiti from the time.

One palace guard and Phacos resident, known only as ‘Ales’, had this to say about one of the many Minotaur of Phacos:

“I saw one of them today on the dock, steam rising from it’s cavernous nostrils as it grunted about a History; a birth-right? The only birth-right I will ever allow those beasts is to haul my cargo and when they’re done, take their rightful place as the food on my children’s table”

Other writings from the time, including the infamous writings of Leto in ‘Kanónas tou anthrópou’ (Rule of Man) re-enforce the view that it is the Greeks, who are the pinnacle of human achievement, and the Mytha are merely pawns in a game of dominance and rule.

“The foolish people of Aegyptus (Egypt) treated them like gods, carving their brutish form on walls and ceilings of the tomb’s of kings. It was our civiliation, the finest of civilisations, the Greeks, who discovered how to harness the power of these lesser beings to advance humankind to new heights.”

This ‘harnessing of power’ does absolutely no justice to the brutality of its true meaning. The enslavement of Mytha was a multi-generational effort by the so-called ‘finest of civilisations’, the ancient Greeks.

The Process of Enslavement

First, the Greeks took the Mytha young and enforced them into a life of servitude, raising them like cattle to shape them to their needs. Those would become known only as The Enichari (New Soldier) generation.

What followed was a genocide of the elders who were now separated by oceans, this left the Enichari as an untethered and orphaned people.

As time passed, the lack of generational history has left the many races of Mytha existing in a man-made world; they have no choice but to obey and follow.

In the ‘Kanónas tou anthrópou’ this tradition of Mytha bloodshed is revealed in a passage which can be translated only as ‘the blood tax’.

“This tradition of subservience is preserved generationally as fóros aímatos (blood tax). A life tax that every Mytha must pay by giving up their firstborn young for Aether extraction. If they refuse, then swift action will be taken apon the entire household.”

This passage reveals intentionally or not, that it is the Aether that is at the core of the Greek’s desire to keep the Mytha enslaved, but like many things in history, selfish endeavours often meet selfish ends.

As you, the player, enter Elegos do so at a time where the subservience of the Mytha is beginning to fade, for from the tongue of the elder Mytha one story survives — a tale of the kalýtero méros (the better place). A tale of a paradise, the place from which all Mytha originate and where every one of them is free. This story resonates amongst younger Mytha and they long to return, they begin to realise that they may have held the power to do so inside them all along.

The plans and rumblings of an uprising have not gone unnoticed amongst those in power. They’re not interested in entertaining the idea of losing their source of cheap labour and Aether and as history shows, they’ll stop at nothing to extinguish the flame of revolution and erase the echoes of kalýtero méros amongst the Mytha. With The Mytha substantially outnumbering the humans, a secret society moves amongst the shadows with their only aim to eradicate the leaders of any potential uprising.

Meanwhile, In between these two forces sits Alexander the Great, sitting on his late father’s throne built on Aether and the death and the suffering of thousands. Entangled in the constant scheming and politics of Palace life he’s unable to see the storm that’s about to erupt on the horizon.