We have started development on the ArmA 3 version of the mod. 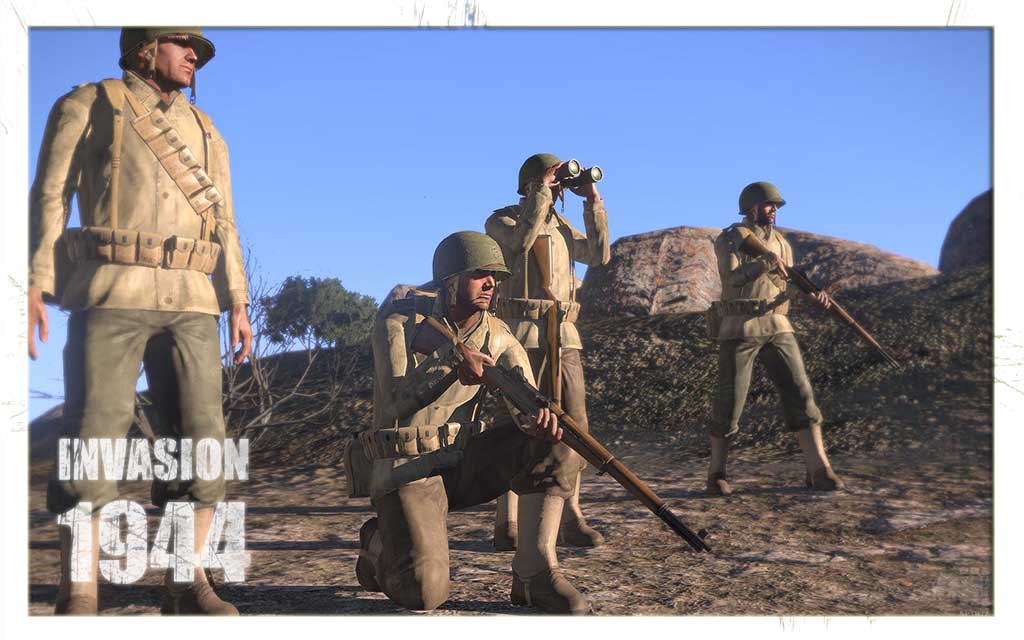 Work has begun on an ArmA 3 version of our extensive WW2 total conversion mod. For those unfamiliar with our work, our total conversion as we prefer to call it, Invasion 1944 is a World War Two based combined arms simulation. We've previously released dedicated versions for the original Operation Flashpoint (now ArmA:Cold War Assault), ArmA, Arma2, and Combined Operations.

The ArmA3 release will not be a direct port of the existing mod from ArmA2, rather we'll be focusing content of the initial release using only the highest quality work, and starting to replace older models that don't look as good as they once did in the new engine. We'll also be looking to take advantage of all the new features such as the new clothing slots for customizing your soldiers and better physics for vehicle handling.

As always our prime focus will be on the western front conflict, but we are open to branching out and exploring more than France, with ArmA3's base setting of the Greek islands a Mediterranean setting seems like a great choice for a new terrain and conflict to explore. We're also not limiting exclusively to the year 1944 so let us know what you'd like to see. The ideas currently being tossed around are Sicily, Italy, and Africa, with the odd mention of Holland. We will be porting some of the current maps but not all of them, as a lot of ArmA2 content will have to be replaced (or ported with BI's permission) before they can be released.

We'd love to hear from the community about where you would like to see the mod going, what features you'd like to see, what bits from the current or old versions you want back, and most of all what you enjoy playing, whether its huge team versus team multiplayer missions, focused solo campaigns, small co-op scenarios, or large scale persistent battlefields (hey we can dream!) let us know.

Omg awesome !! looking forward to see it again in A3

A Mediterranean campaign would be very original and cool.
Maps such like Crete would be very nice to see. And also some '43 stuff too

ITALY!! I can't wait for the finished mod..
DerGrüneTeufel

Have you guys thought about doing anything alternate reality? Like maybe a German invasion of Britain, something crazy like that I mean it would be kinda fun playing in areas that we havent already seen in other games an such. Just a random idea really.

Would be very awesome if we could get an African theater. I want my Afrika Corps!

Can we maybe have the soviet and the american front this time.

now i have to buy ArmA 3.
darn you and your fantastic mod.

Small coop missions would be awesome! something I could enjoy with my friend :)

A Mediterranean Holland would be a nice variety! ;)

A Pacific campaign would be nice but the mod is about the Western Front so...

There is a Pacific mod for A2 Forums.bistudio.com

maybe they do A3 release aswell

Are you serious right now? How can you not seize the opportunity and do Crete?!

I would very much enjoy seeing stuff from north africa, because there never was anything about that part of WW2 in Arma or Arma2!

i would love to see Africa and italy

hey you guys did an amazing job on arma2's invasion 1944, i have a few suggestions for arma3's invasion 1944,maybe add a swastika flag, or some kind of banners, 1900's cars, 1900's civilians, marching animations for german soldiers, german labor camps for somekind of rescue mission, a german radio track/sound, and last but not least a big war torn city similar to the aftermath of stalingrad.

Hope you take it to consideration!

about when is it going to be released?