WoP gots rated 12+ by the German ratings board USK. A small step for USK but a big step for WoP and many media educators in Germany.

This might not be of real concern outside of Germany, but you might know that shooters traditionally have a tough standing in this country. Often decried as "killer games" by politicians, the debate on shooters tends to focus on the violent aspects of these games and the supposed effect it might have on adolescents, frequently ignoring the key aspect of these games - the fascinating game play dynamic that manifests when playing with and against others.

Since the beginning of development the "World of Padman" team aspired to create a fun-shooter that can be enjoyed by young and old players and can not be put into the same "killer game" - corner most other shooters are put into all to easily. We had been contacted by a German organization called "Spawnpoint - Institut für Computerspiel" which offered to apply WoP 1.5 for an USK12 label for us, since they assumed WoP would match the criteria.

The reason why they wanted to do this is that the video game educators of Spawnpoint and many other media educators in Germany are faced with the problem that they can't really use shooters in events and workshops attended by people under the age of 16 because games in that genre with a 12+ age rating just don't really exist on the market. After some research they discovered WoP and saw great potential in it to be utilized in a media educational context. They assured us that the goal was not to change WoP but to just use it as a showcase to critics, proving that the surface of a game does not have to affect the game play dynamic. They're hoping to then use this experience with WoP to create a more balanced view on other games like CS, CoD etc. without reducing them to their graphical presentation.

We weren't sure if we would really get an USK 12 rating even though WoP is very harmless in its presentation, but now it turns out that our worries were unfounded and WoP now officially carries an USK 12 label. Does that change something for you as a player? Probably not, but additional support for WoP is always a good thing right? ;) 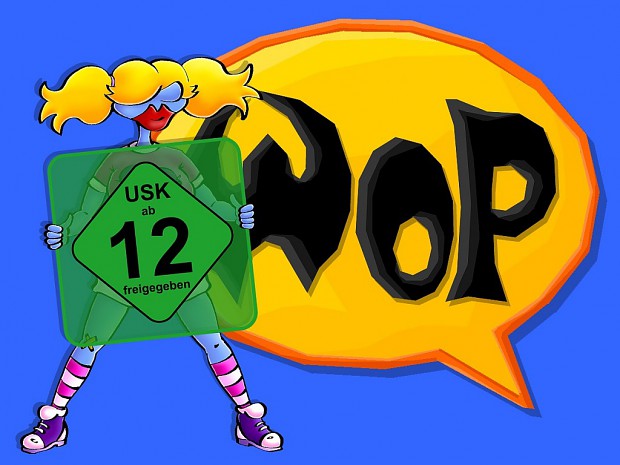 Should be 16+ imho. It's aggrevating how the suggestive themes are totally ignored again and therefore the game gets a rating it shouldn't have. ESRB, USK and PEGI keep rating games with suggestive themes 12+, and then wonder how on earth it is possibly that we get 12 year old children getting pregnant. I am not saying that it is the cause of video games, but the fact that sexual content is so often rated with such a low age requirement is surely helping that way.

I personally can't stand the game for the suggestive themes and went back to Warsow within 10 minutes. But anyway, congratulations. Seeing how much shooter games have been forbidden by Germany it is still quite interesting that you got it. I personally dislike the fact that they still give 12+ ratings to games with suggestive themes, but nothing I can do about that except from avoiding them like the plague.

At any rate, it is still good news for the Arena Shooters these days and I still congratulate you all. Good job.