Today, we introduce some of the contents that would be available in the next version of AIX2 Expansion MiniMOD.

Today, we introduce some of the contents that would be available in the next version of AIX2 Expansion MiniMOD.
These features are not such a big change as in-game contents, but they might bring a new perspective of gameplay of this MiniMOD. 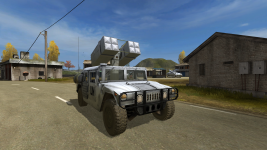 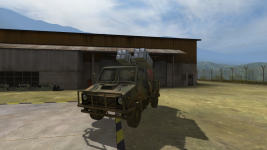 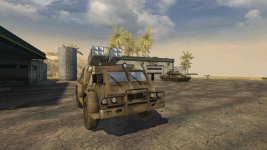 From times ago, we've been considering to add a new kind of weapons/vehicles.
However, we decided to modify some of the vehicles that exist already since we didn't have developers who are capable with creating new 3D skins.
This vehicle "HMMWV MLRS" is kind of a mobile rocket launcher.
Besides USMC, which has Humvee as their own weapon, we're also creating counterparts that would belong to CHPLA (China) or MEC.
These kinds of vehicles don't exist in reality; however, if we hopefully get 3D models for these vehicles, we would add these as a replacement. 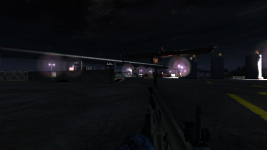 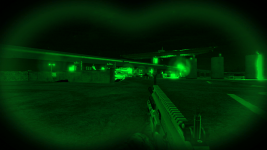 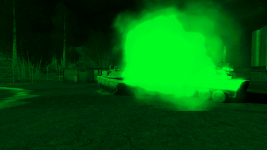 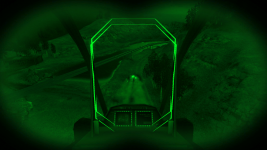 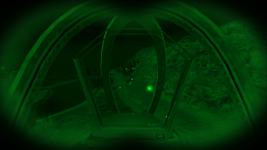 We also are working with adding a night vision device (NVD) that is known in the official expansion pack of BF2:Special Forces.
Upon adding NVD, firstly we have to solve copyright stuff between us, Dev team of AIX2EMM, and EA/DiCE.
AND we suppose that it would be avoidable if preparing our own texture for the NVD.
Fortunately, the NVD shader is already contained in BF2 game and it should all okay to use them as a part of our in-game content.
Of course we noticed that the shader itself needs bugfix, therefore it's quite possible that we give up having NVD in-game if the defect turns out to be unchangeable.

Note that these in-game contents may not be added if they are considered to be unnecessary upon examining the contents in the beta testing.

Is the "MLRS" going be like an udated version of the "Rocket Willy's" from BF1942 or will it be like an ADATS guided missile system?

could you do a preview video for us so we can see it in action please?

Only the UN Humvee MLRS looks nice, in my opinion.