Hello folks, and welcome to this newest update for Winterfall's development where we talk Drives, Personality Traits, Controller Improvements, Weather Manager and all the things we've got on our plate right now, with some screenshots and gifs.

Hello folks and thank you for tuning in to this update, the first in a long time, after some crazy busy months this first part of the year.

As ever, accommodating the development needs of a game like Winterfall when you've got all the obligations and responsibilities of regular life, tends to be a challenge. Thus time flies and we work a lot more than we do update, and maintain a slow, careful pace as we implement things that haven't really done before.

It's a funny thing because if you want to implement a level-based system or a gear-based system, you've got plenty of reference of it being done right (and wrong) in all kinds of games. In Winterfall, as we're going for broad simulation and entirely new types of mechanics, we have to travel through the jungles of discovery and it takes a while, as well as meshing with other systems and mechanics for things to show if they work. 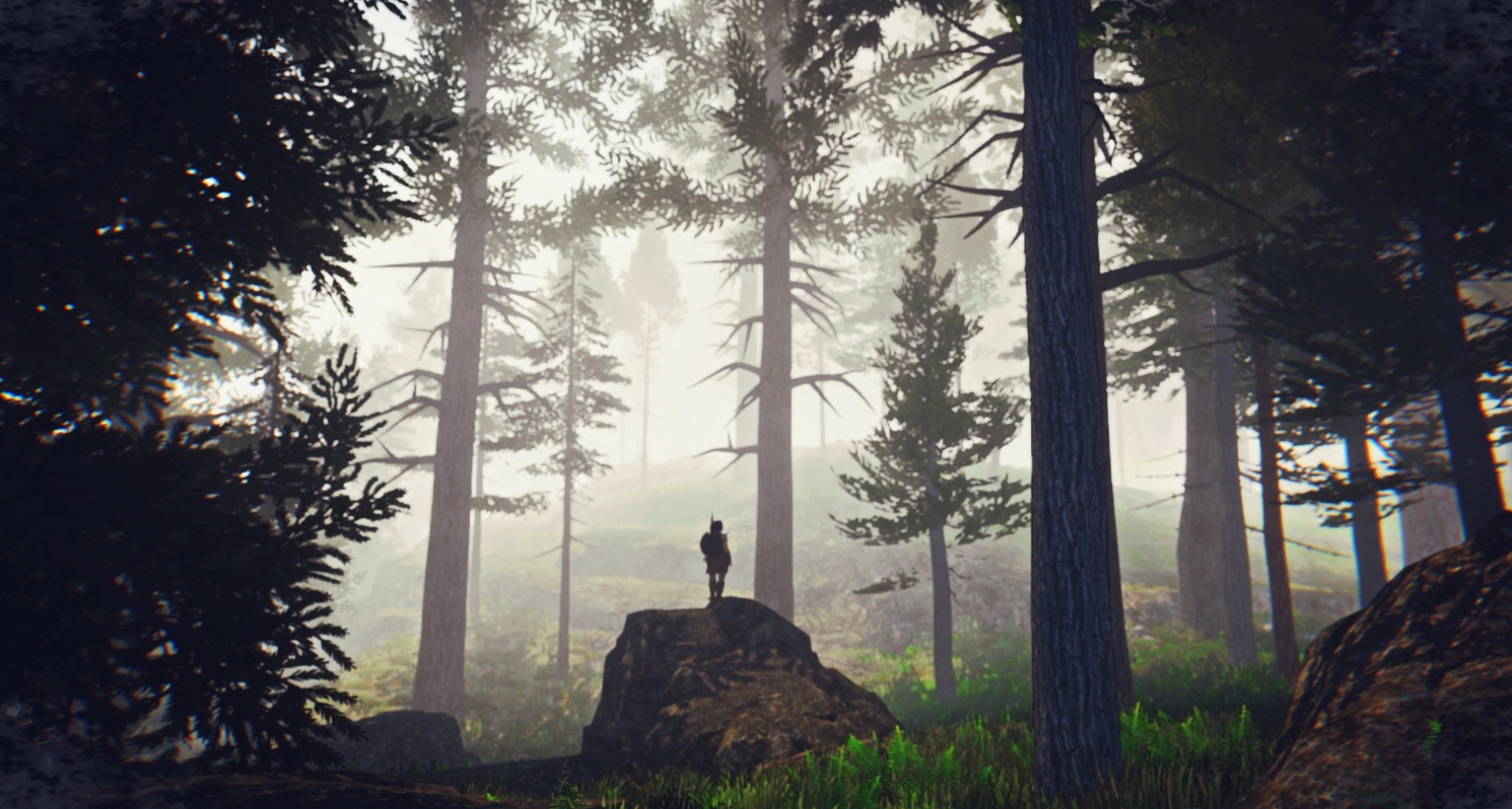 In the previous blog update many months ago, we talked about Emotions, Homecoming and Camping. To briefly recap:

- Emotions are felt by your character in response to any event (including feelings like hunger, thirst, or alleviating said hunger or thirst or others). What emotions are felt in response to what stimuli depends on your character's personality (which you determine initially and expand further along your adventures). Emotions are also the game's main currency as many things you do can be imbued with Emotion, and the way to interact with others meaningfully is through a transfer of Emotions. Emotions also build up to help develop your character's Traits, and they may also inspire the character to vent through certain Outlets, or indulge in other ways, depending on whether they're positive or negative.

- Homecoming is about how the character must "deliver" knowledge to a destination. As things happen along the way, such as adventures, misadventures or emotional highs and lows, the character may get forgetful due to intense immersion in his/her circumstances. It's therefore up to you to balance your character's emotional fulfillment and adventure-seeking, while preserving the knowledge he/she carries. That knowledge, as a resource, will appear again in the Remembrance system, which we will describe later on. To sum it up very quickly however, Remembrance is the means through which you will help repopulate the world, by bringing back things that once were. Remembrance is the score you will seek to build and keep high; whether you end up spending it to bring things back, or want to hoard it and bring home as much of it as you can, is entirely a matter of playstyle... and should have interesting consequences. 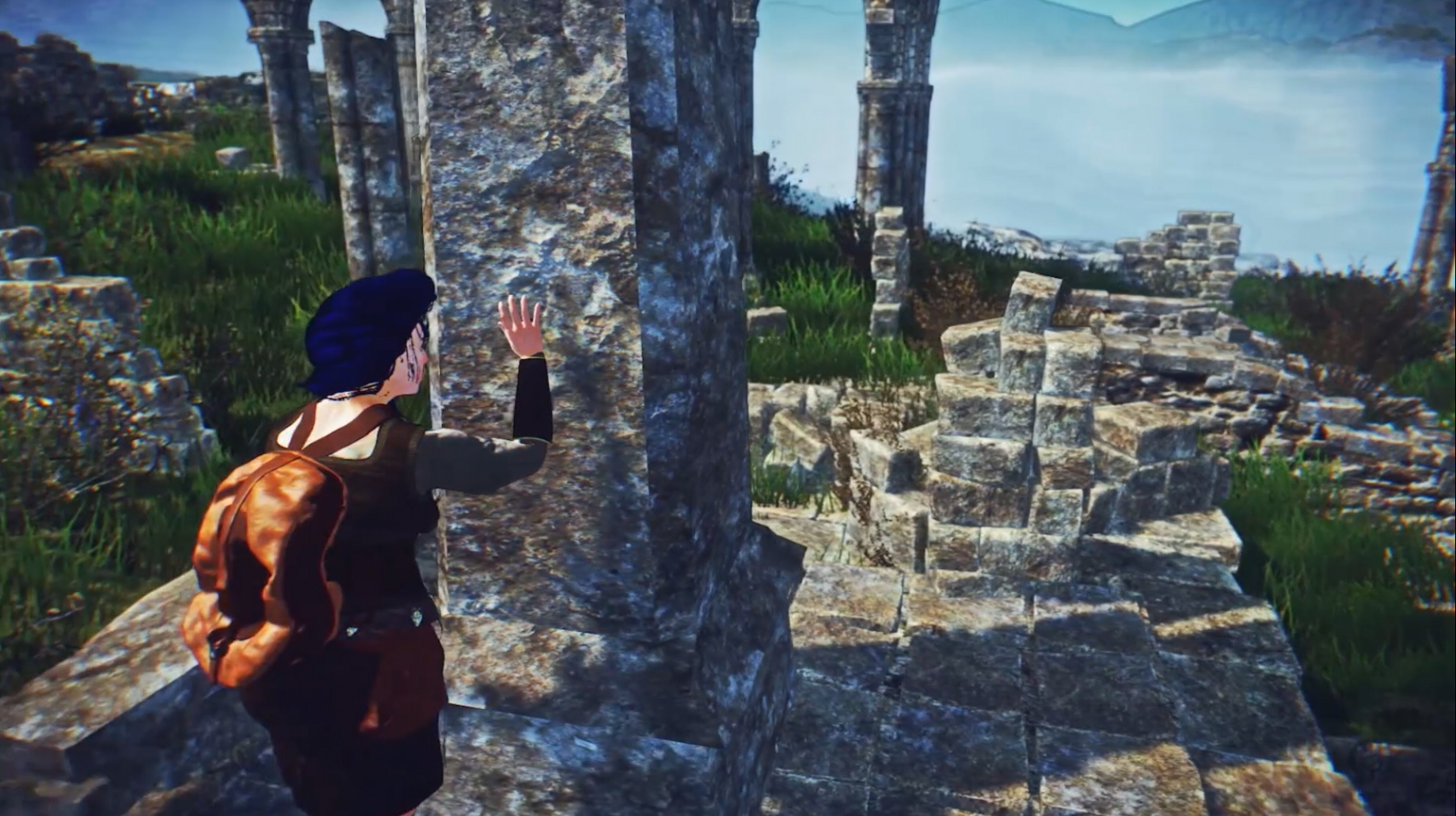 Those systems were a very important thing to implement as they lay the groundwork for further Wilderness gameplay developments. Everything stems from there, as additional systems are based on them.

Our next goals for August & September are implementing a few more systems and mechanics:

The Drives system, which allows characters/entities to react to their emotional state or environment by wanting to do certain things to either alleviate what disquiets them or to bask in what positive feelings inhabit them at the time. A common example would be to have a hungry character actually want to eat... but will they want a picnic or will they want to feast on a catch of fresh fish or feast on wild game?Drives are based on all kinds of character states and ultimately on environmental factors as well. Maybe seeing those alluring ruins in the distance will summon the drive to go explore them. Maybe the character will wake up in the morning with the drive to go fight someone. It'll be up to you to seek to fulfill or frustrate those Drives, for emotional gratification or character discipline.

The core Trait system should follow suit, enabling you to build your character's personality by "purchasing" behavior and reaction modifiers from a choices tree, spending Emotion for it. The idea here is not just to build stats and bonuses, but also fine tune who your character actually is and what your character can do when dealing with both Emotions and people. The idea is to attain a high degree of reactivity and customization, and give the characters powers of personality that they can use to impact situations: if you could appease or terrify that aggressor, be it wild beast or person, that could spare you from the risk of a messy fight. Those Traits will come as story nuggets, so you'll also be able to write your character's story that way, by acquiring Traits.

Also on the table for this month, further improvements to the character controller. As Winterfall does involve a ton of jogging and walking around, the character should really be interesting and comfortable to pilot. Dealing with obstacles and landscape features in a more streamlined way is a target, enabling the character to jump or vault over things and so on. It's not supposed to be Mirror's Edge or Assassin's Creed but it should be satisfying nonetheless so hopefully we don't run into trouble putting that together.

Winterfall is meant to be a highly interactive game, where all sorts of things are available to be interacted with, bearing some kind of effect immediate or delayed, visible or invisible. From spear-fishing to camp-building, drinking from a spring or carving arrowheads, taking a swim in the pond or napping in the shade, there are so many things you're supposed to be able to have your character do (especially when your character insists that you let them do them!). Also, as Winterfall maintains a high focus on nice and immersive visuals, the idea is to make those things happen, animated, on-screen, as opposed to simply making them text-based. We've put together the basic framework that allows us to add animated interactions, so the next goal will be to add effect parameters (for example effects to character stats) and expand the list of animations available to the player.

An important aspect of any RPG for me, something that Winterfall has to have to a high degree, is expressive characters that can be customized in detail. While the basic function and mechanics have been engaged, there's still a long way to go to properly implement that into the game, and that's more of a long term goal. But it's good to know that it's already here to be experimented with as opposed to being completely hypothetical. It's all about design challenges and priorities, so it'll all be about time and money. But we can do it and we will do it.

So we have great-looking clouds, rain, storms and so on, now it's going to be about integrating them through a manager that follows the interactive logic in Winterfall, where it's the things that you do that impact the environment around you which, as a fully-fledged entity, reacts in the ways it knows to. So expect storm, mist, thunder, lightning, rain, snow and so on to not just be random events but part of the broader game between you and the world. As time goes by, you will know the disposition of certain regions and how you should navigate and engage them for certain types of environmental settings. Maybe that particular area tends to be foggy after noon... but also, maybe it doesn't like you lighting fires out in the open, or maybe it doesn't like you killing its wildlife... or maybe it just doesn't want you there. With the Personality/Outlets mechanics already functional, plugging the Weather Manager to it all won't be major work, but it'll be work nonetheless. It should however be really exciting to experience once it's in!

We will also be starting to solidify the overall thing into a more playable structure. At the moment, Winterfall is a whole bunch of systems and mechanics that all exist in the same space but aren't really structured into an actual experience. So we'll look into that, even if that involves using some menus as placeholders and so on.

We are also building video material to presents aspects of the game or aspects of the world and will begin releasing that when we've got a nice little pile ready.

There is a lot more in the works, including some wildly ambitious (and actually quite down to earth and effective design-wise) things involving AI and settlement/development but those would deserve an article of their own complete with plenty of nice pictures and so on. That sounds like a good topic for the next devblog!

Stay tuned, and as ever, thank you for following Winterfall!

oh man. you just need an Asian kawaii character in there then I'm set.

Haha, thanks for the good cheer!

Thank you! I was never sure why we can't have the best of every world! Strategy management elements in an rpg, deep character development in a sandbox, sandbox elements with action gameplay... everything all rolled into one!

I've been following this game for a couple of years now. I am so happy to see you are still working on it and making progress! Good luck to you, your vision is a unique one that gaming needs!