Touching base to let you know where I'm up to with Entropy : Zero.

Touching base to let you know where I'm up to with Entropy : Zero.

Just wanted to reach out and say hello.

It's been a few weeks since I gave you any real update with media etc. This still isn't one of those updates because I'm not quite there yet, but there will be new media and a new trailer coming down the pipeline as I move into Beta stage. I have been working my arse off since I last posted on here.

Those of you that follow me on Facebook will have noticed I'm up to Chapter 3 of my detail pass now. Quite a few things have been tweaked or changed to better fit the original mod concept, and I've sort of just been nit-picking as I go along with this detail pass, patching up oddities and spending some time to get in some of the smaller details.

Chapter three is taking me a bit longer as I've run into an engine issue / limitation with the advanced lighting I'm trying to incorporate with the mod. I've made a reddit post about the issue which you can find here. If you know of a solution to this problem please let me know, but don't stress too much as a lot of work has been done already to circumvent this limitation. I simply do not have the knowledge of shaders / Source rendering to patch this up in the source code.

Detail passing has changed various areas a bit. Lots of texture work has been done. Tweaks to the AI weapon handling have been incorporated. I've got a very nice soundtrack going for the mod now thanks to Spencer Baggett and Morch Kovalski.

The detail pass of Chapter 4 is likely to see some drastic changes to those maps to bring them inline with the rest of the mod. After that I have a long laundry list of to-do's - some of these processes will take longer than others.

So hang in there. Worth mentioning that I'm not under lock and key. I will be giving you updates, I will be paying you attention. You can ask me anything you want to regarding the mod. I'm just finding it easier to get this bulk of the work done now, and then I can come and hit you back with media and changes and stuff.

Here's something to chew on whilst I'm working: 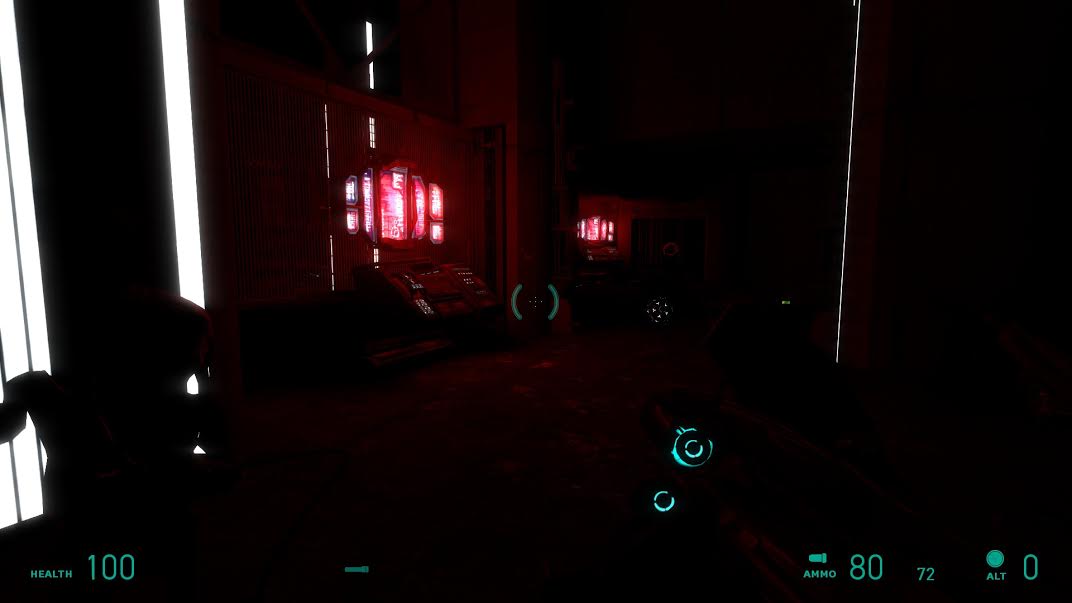 Beta is going to be limited to a small number of people. This is the first proper beta program I will have run. Nobody knows this project's development structure as well as I do and I feel as though all I need right now is a small testing base. There may be room for flexibility with this later depending on results.

I'll write a script to pick random names once we've been through the whole process of getting you to register your interest, and then take it from there.

With beta you'll be given a chapter, not the whole thing. That way you don't get to miss out on the fun of release; you still get to check out the rest of the mod and there will still be something new for you to play. I'll be withholding the end sequence from beta as well.

So, lots for me to do. Lots for me to think about and chew through. I'm trying to deliver this to you in the most professional way, and right now I'm aiming for November this year. Could change. Depends on beta.

Thanks for sticking with me.

Seeing updates from this mod brings me smiles. Take your time, Bready. I personally won't mind if it takes longer than to November.

Indeed, it's lovely seeing updates from this mod. Definitely the best HL2 mod in development.

What satisfies me the most about you and your work is how constant you are providing updates and actually showing how it's coming along. Anyone who's followed this mod has seen a clear evolution since the beginning.

Thank you for being so thoughtful about your community and best of luck in your works ;)

Thanks for the kind words. Means a lot!

I want to say a few things.

1st: You're skill, your persistence, determination, and amazing ideas have inspired me to make my own game. Have every idea in my head, and I'm going to start writing it out.

2nd: Please, please, please take your time. This game will benefit from all problems being fixed. Look at Black Mesa. Took a long time, but was amazing after wards. I am so looking forward to the final product. Thank you for taking time to update us!

Oh and good luck with your project! Let us know how it goes!

I would love to help out beta test plus I know your been told this a lot but take your time and we will continuing supporting your mod.

I would also love to help out with beta testing, I like the fact that you'd give out a chapter to test, instead of the whole thing to prevent somewhat major spoiling!

I look forward to seeing what else you bring next to Entropy : Zero for us all to enjoy ;D

I'd be happy to playtest, record it, upload it, and send you the video so you have direct feedback on my experience in-game.

Good news ! :D Keep up the great work ! i want to register for the beta