Post news RSS What to expect from Mayhem 3? (Old)

Now that the alpha version of the mod has been released, it's time to talk about how the final version will look.

I first started Mayhem 3 as a new project called Stardust, which was already able to generate a random galaxy layout. Making the layout (ie. the physical grid) was the easy part and seeing how much work it would require to make a game from it, I abandoned the project to try something on my own. After some work on a 2D real time prototype (that you can actually try here), I've reached a very familiar point for all developers: "it's not fun". So I went back to X3 where the only reason that stopped me from playing it again was that I knew the universe by heart. Even though Mayhem 2 generates asteroids and has a lot of randomized elements, you still have to go through the tedious phase of exploring and creating a satellite network that would reveal nothing very surprising.

Having a procedural galaxy changes everything. Even though the layout is basic (and I intend to keep it that way for gameplay reasons), it forces you to take some risks because you never know what you'll find behind the next gate. 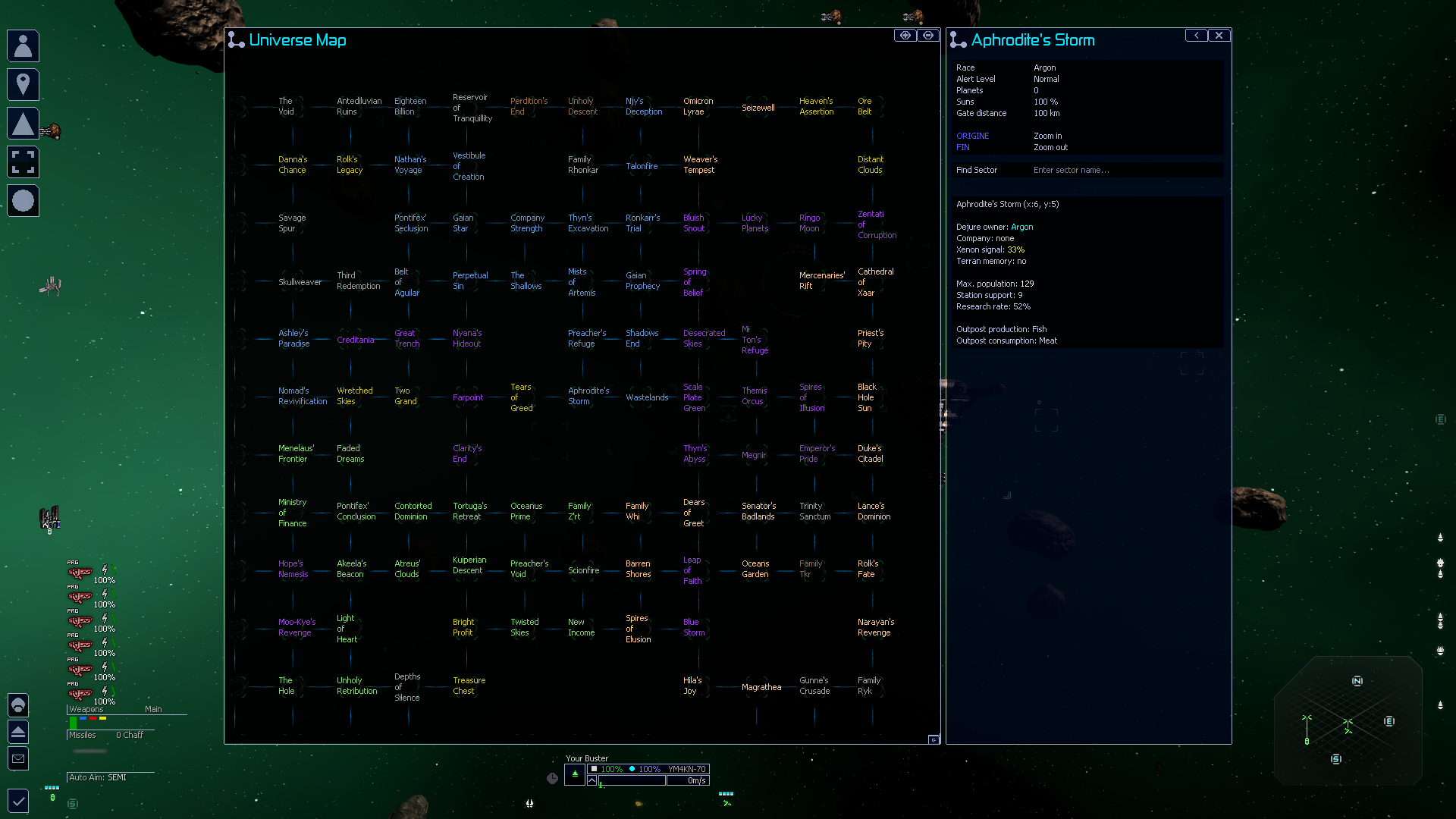 As you can see, each sector has the maximum connections it can have. That is to manage the new jumping system, which is in a nutshell "no jumping system". Instead, you can teleport between Jump Beacons, but there is no Jumpdrive anymore (and no Energy-Cells micromanagement!). Mayhem being about expanding your territory and war between factions, it was a bit absurd to be able to teleport all your fleet at one point instantly. You just cannot defend everything anymore, and attacking a sector will require much more preparation. Here are the new rules in Mayhem 3 for claiming and conquering sectors:

All these rules are already implemented into the alpha version of Mayhem 3. 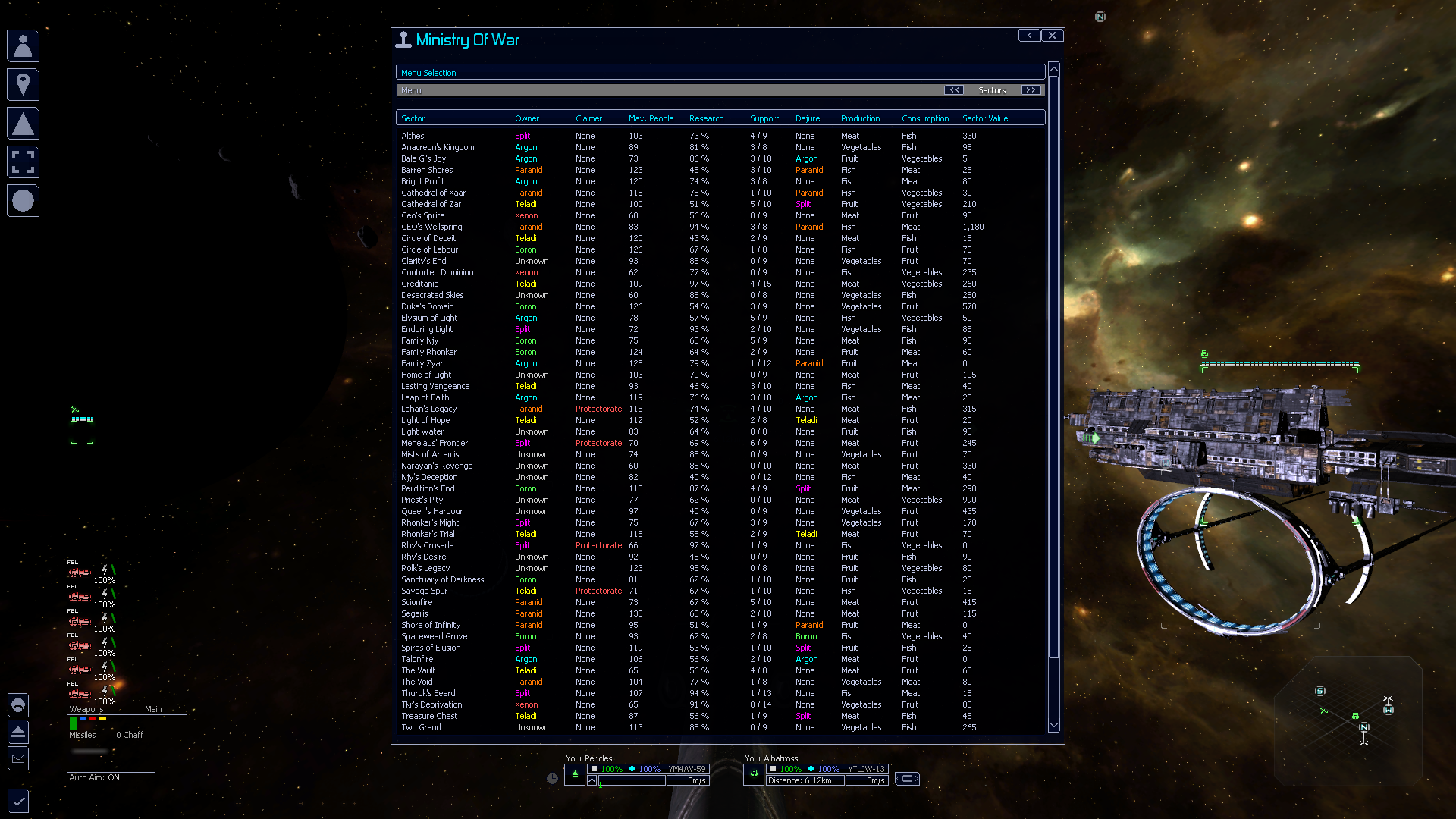 Sectors have still the three statistics from Mayhem 2 (people, support - any station - and research), but they also produce a specific product and consume another one. If you're new to Mayhem, the player, in previous versions, had a Sanctuary from which he would craft ships and stations. Now, "Sanctuaries" have been replaced by "Outposts" and every faction uses them (with the same exact scripts). Depending on where you build your Outpost, you will need to bring your people some food to allow them to grow and therefore increase your production capacities. Outposts are also where you assign your "Workers", which represent automated ships divided into several roles: Agents, Looters, Miners, Services (AI only, for flavor), Traders and Tugs. Apart from the Services, all Workers have a "true" purpose. For example, if you kill a Trader transporting Computer Components, these resources will never reach the Outpost that was supposed to build a new ship from these components. In the vanilla game and in Mayhem 2, the production of ships and stations is fake, and the ships you see are "artificial".

Squadrons are the military automated ships of the AI. As a player, you don't really need them, because you have the fleet system that will be improved in the final version of Mayhem 3. The AI has six types of Squadrons: Battle Group (invaders), Border Patrol (defenders of hot sectors), Escort (protectors of traders), Police (various tasks), Rearguard (defenders of the safest sectors) and Task Force (reprisal and opportunity attacks). Squadrons and workers are already fully coded but they haven't been debugged.

So, what to expect now? Here is a list of features that are planned and already being worked on for Mayhem 3: 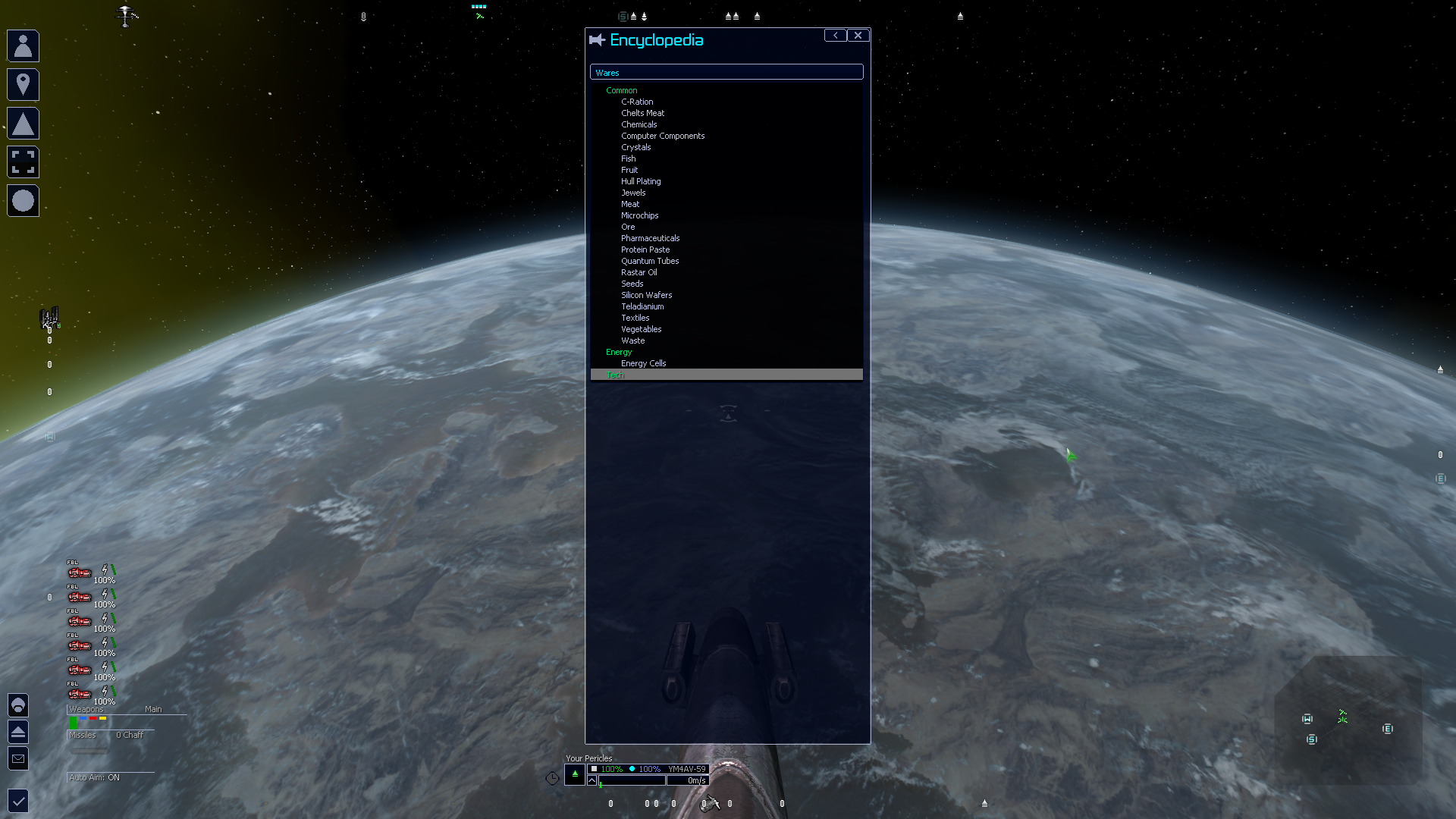 Generally speaking, Mayhem 3 should be a little slower than Mayhem 2, but deeper, more consistent and clearer.

When all the planned features are implemented, I'll release a beta version.

Aamzing work! The size, scale, and ambition of this project is truly awe-inspiring. I wish you the best of luck as you continue development!

I can hardly wait for this. Mayhem 2 was more addicting than anything I've played in 20 years, and now 3 will probably make me cry with extacy and then fall into a quivering heap of goo on the floor. yes, I went there.
Why haven't those dingus's from egosoft hired you yet for a million dollars?

@Egosoft, if you read this, please send me a million dollar. I accept Paypal.