Post news RSS WFTO Wednesday #115: No Rest for the Wicked

It's been a long week for us here at Subterranean Games! We've moved into a new office and we've just pushed the latest 0.7.3 patch! Read on for more about that and all the amazing thins that have happened this week!

With just over 14 days left until release we’re all working hard it’s no surprise that we’ve had a couple of extremely busy weeks through march and this one is no exception! Read on for all the exciting things that have happened over here this week!

It seems like only a few days since we got back from EGX Rezzed and immediately we set about moving a few of us from the UK, Germany, France and Australia into our first ever office! Living up to our name we’re currently set up in the lower-ground floor of a house with some of us rooming up above!

On our first day Nano and Stefan, two of our expert coders set up on the floor with beanbags and PCs to continue working on the game and the next patch! Braving bugs and backpain these diligent workers have been pressing on non-stop with further improvements. 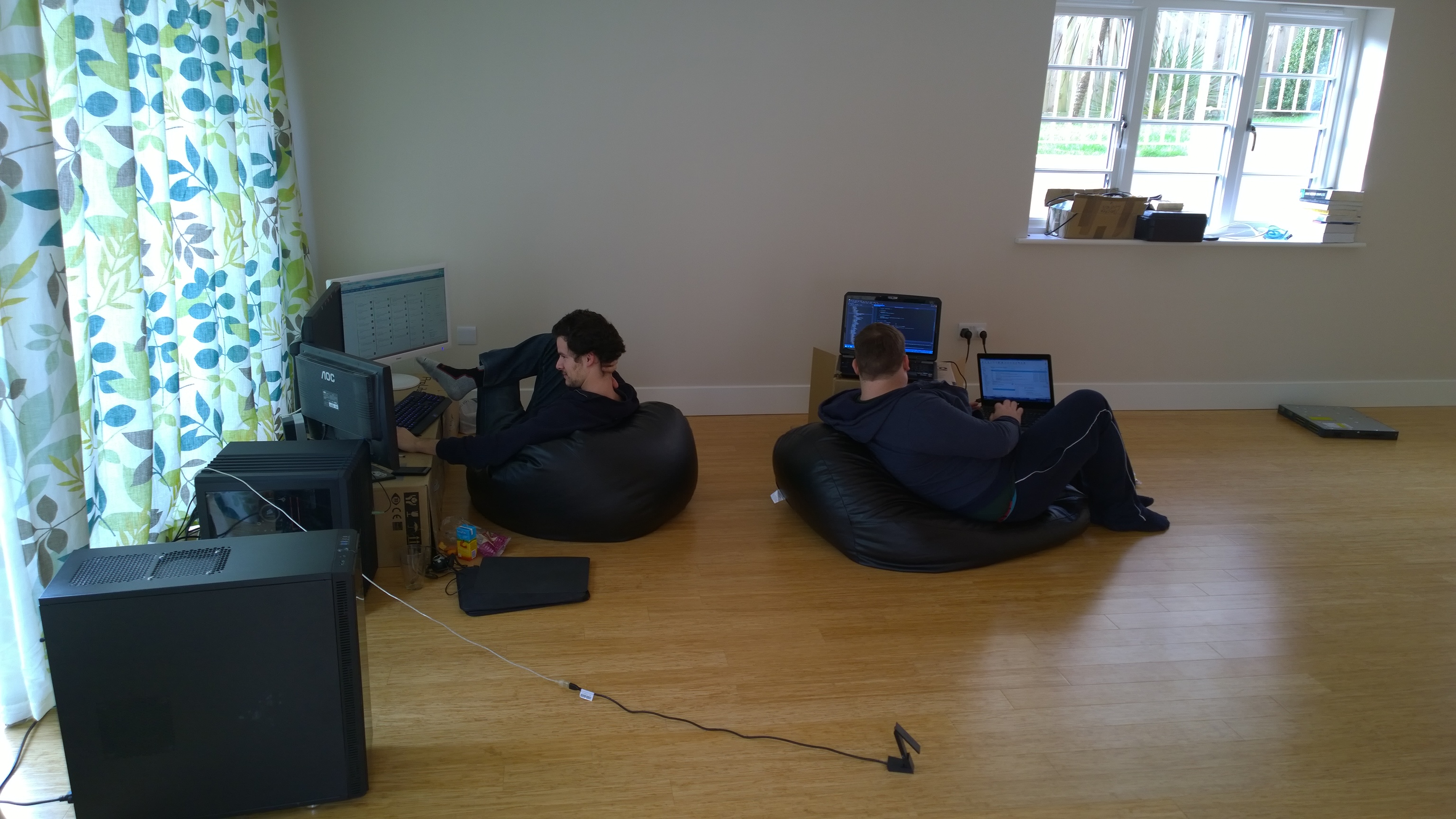 Today we’ve received a shipment of desks which gave us all a small break from working on the game to put our man-skills to the test! We’re happy to say that we only suffered through five minor accidents but we can safely say we’ll be without backpain… now if only our office chairs had arrived! 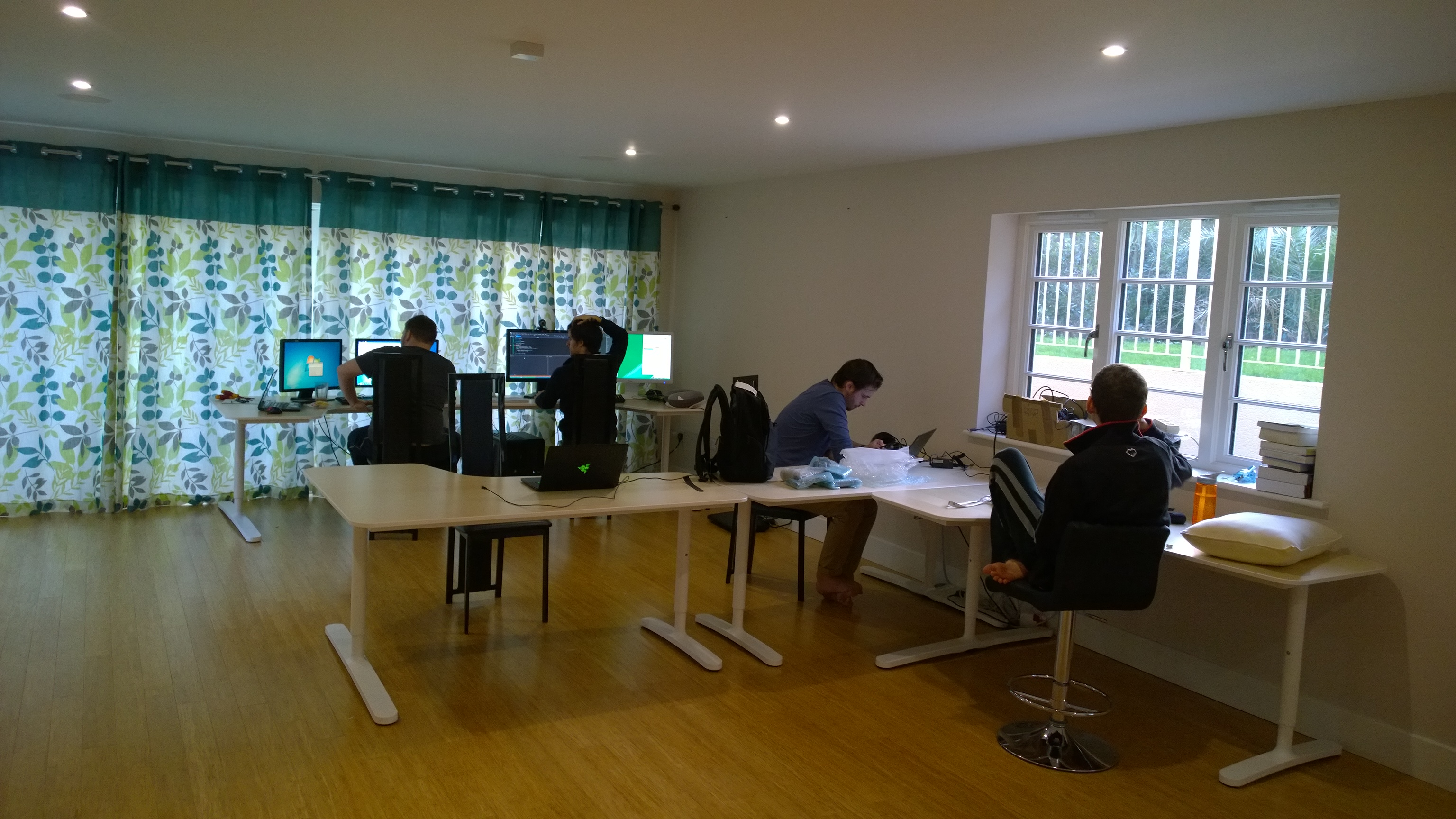 We’re expecting to continue to improve the Subterranean Games offices in the coming months but we’ve still got plenty of work to do in the game and now that we’re somewhat settled it’s full steam ahead for release!

Consolidating our code team into one place has given us the chance to really dig down and bring out a quick bug fix and polish patch in the form of 0.7.3! This patch is bringing a number of bug fixes with it and some general improvements on visuals and clarity.

We’re also fixing a couple of issues identified by our community both at Rezzed and since 0.7.0 was released, the first of which is the new selection box UI which has caused some confusion and the second is a rather major crash on campaign 3.

Jump into the patch notes to see the full list of bug fixes and changes coming in the patch! The patch will be winging it’s way to you within the next 24 hours!

As you know from last week’s WFTO Wednesday some of our team attended the EGX Rezzed Expo from Thursday to Saturday last week. We usually compile an in-depth post-mortem filled with pictures of our time at these events sadly time is short this month so we’ll simply be pulling out a few of our highlights.

This year we attended Rezzed as part of a collection of indies, as a group we took our own specific space within the event and exhibited together with cross-promotions and rewards galore for those who picked up our leaflets! 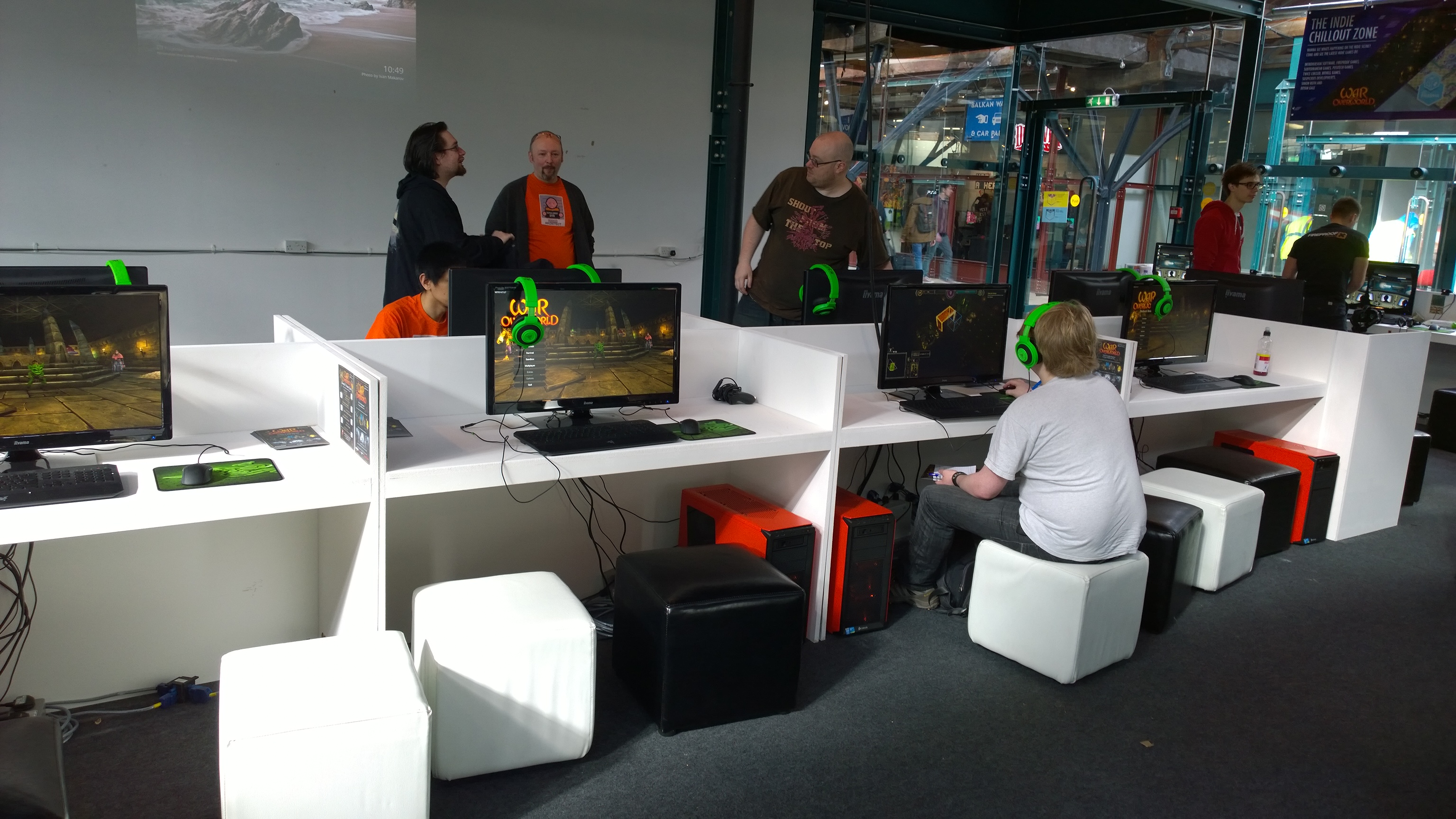 Set-up was the usual minefield of getting the game ready on PCs, power issues and various issues with PCs but within a few hours we were ready to go and awaiting for the first players to be let through and soon enough it was bustling! 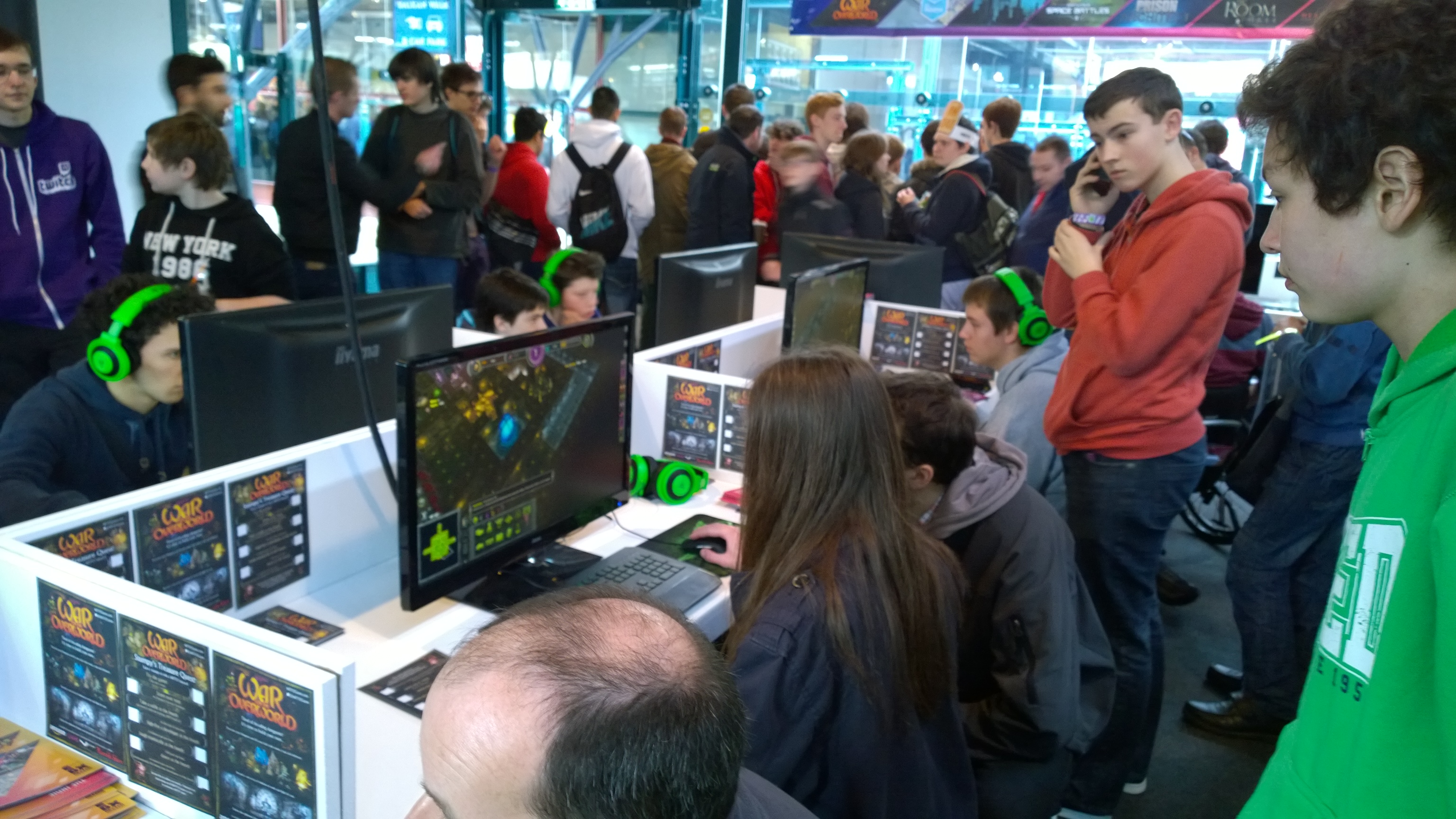 Overall the reception to the game was once again overwhelmingly positive, everyone was enjoying playing the game and it’s always great to see how happy the game makes players, both old veterans of dungeon management and new players!

As always we were giving away shirts for various challenges, this year we’ve had a few different challenges and it definitely gave our room a distinct feel when we had people dancing the Macarena in front of the windows for shirts, we even passed on the love by encouraging some fans to hug the chaps from Prison Architect! They were most impressed. 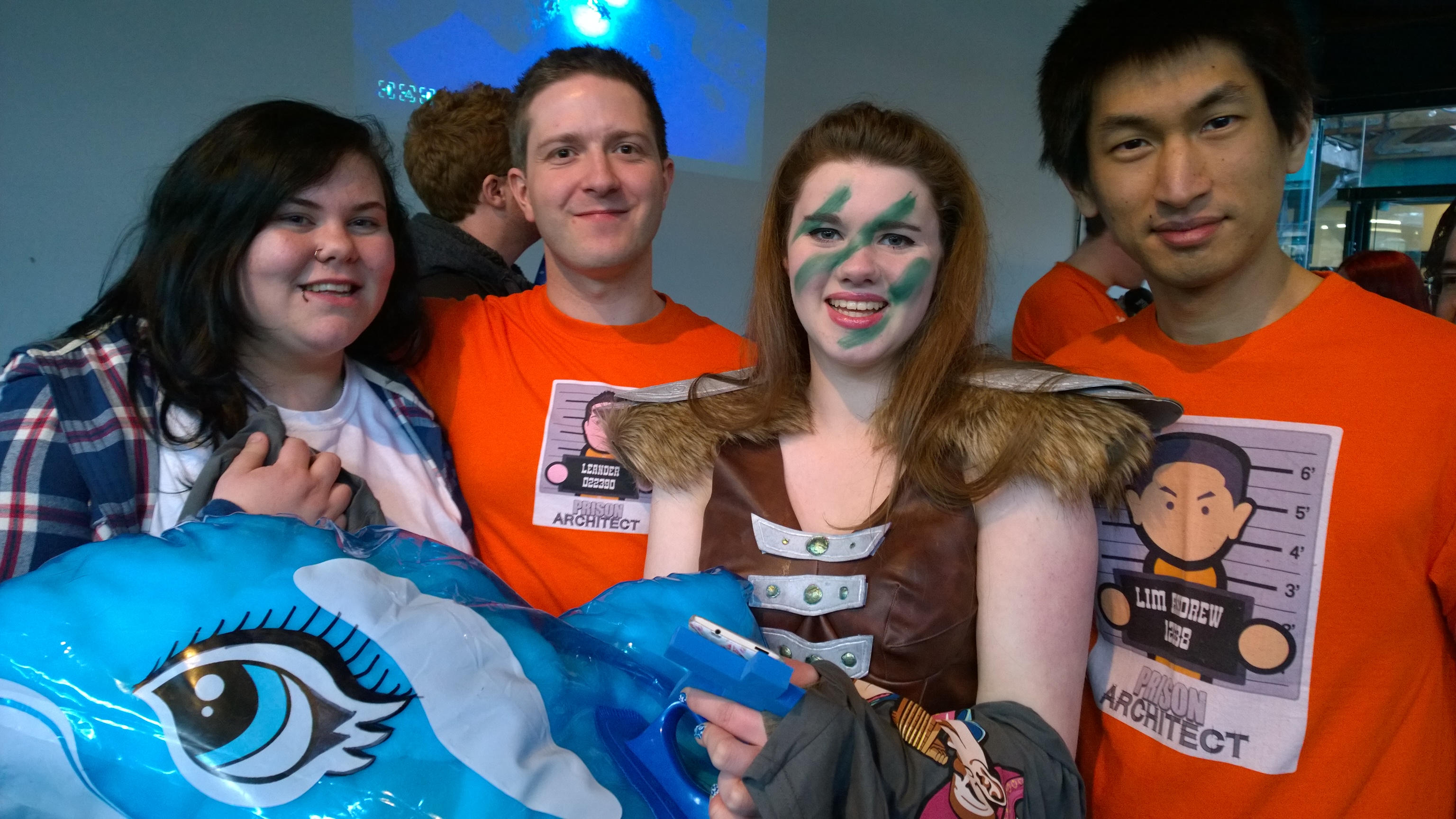 We even got the chance to meet the outstanding Jesse Cox at the event and he stopped long enough to play through a couple of campaign levels. It was an honour for us to meet the man himself, an incredibly down to earth and fun guy you should check out his youtube channel! 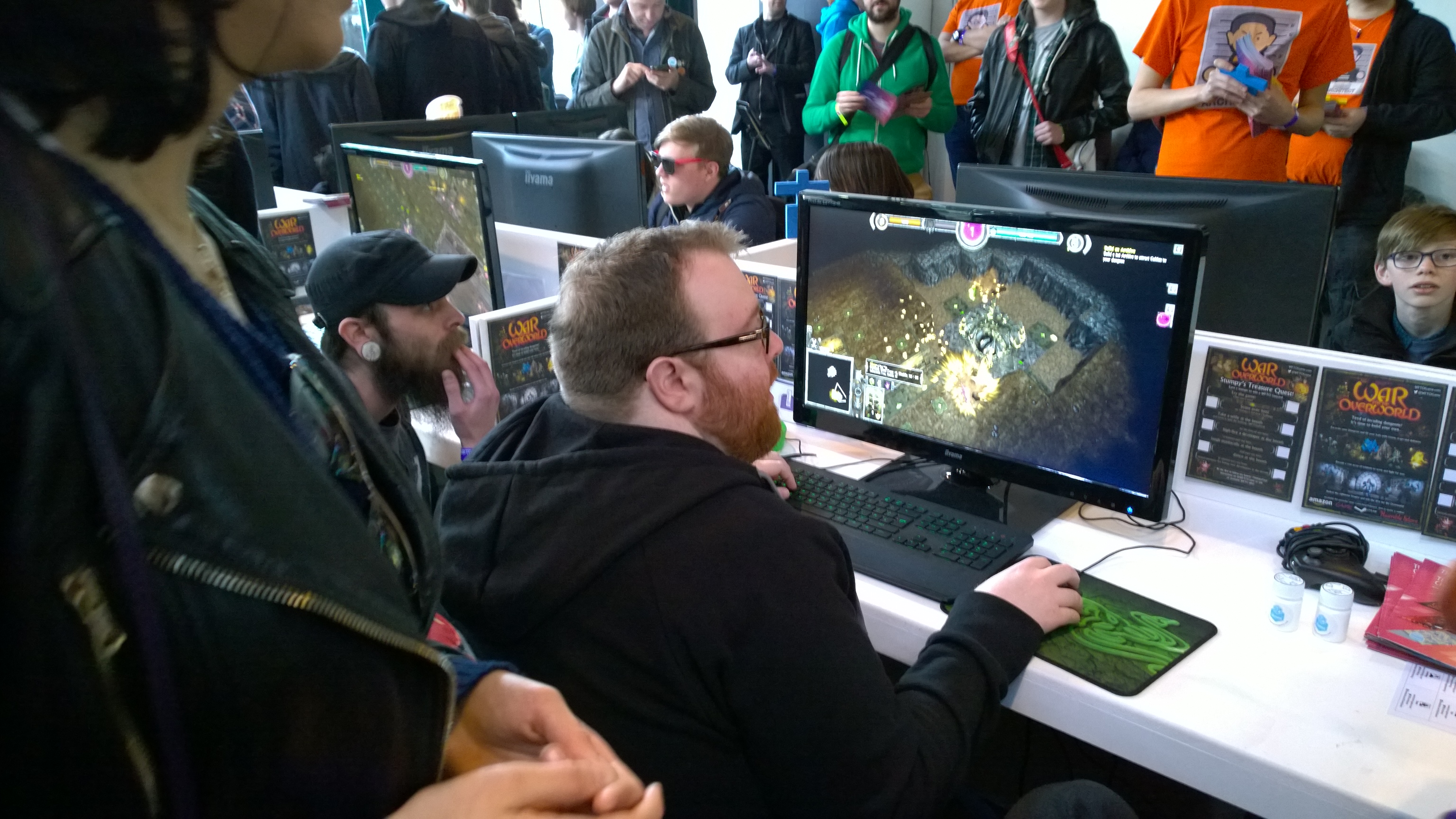 That’s all for this week folks, we’ll be back in a weeks time for the penultimate War for the Overworld Wednesday before launch! We’re nearly there and we’re looking forward to the reaction when the game finally releases! To hold you over until then here’s a lovely image of Handsome Pat and a rather bemused audio wizard. 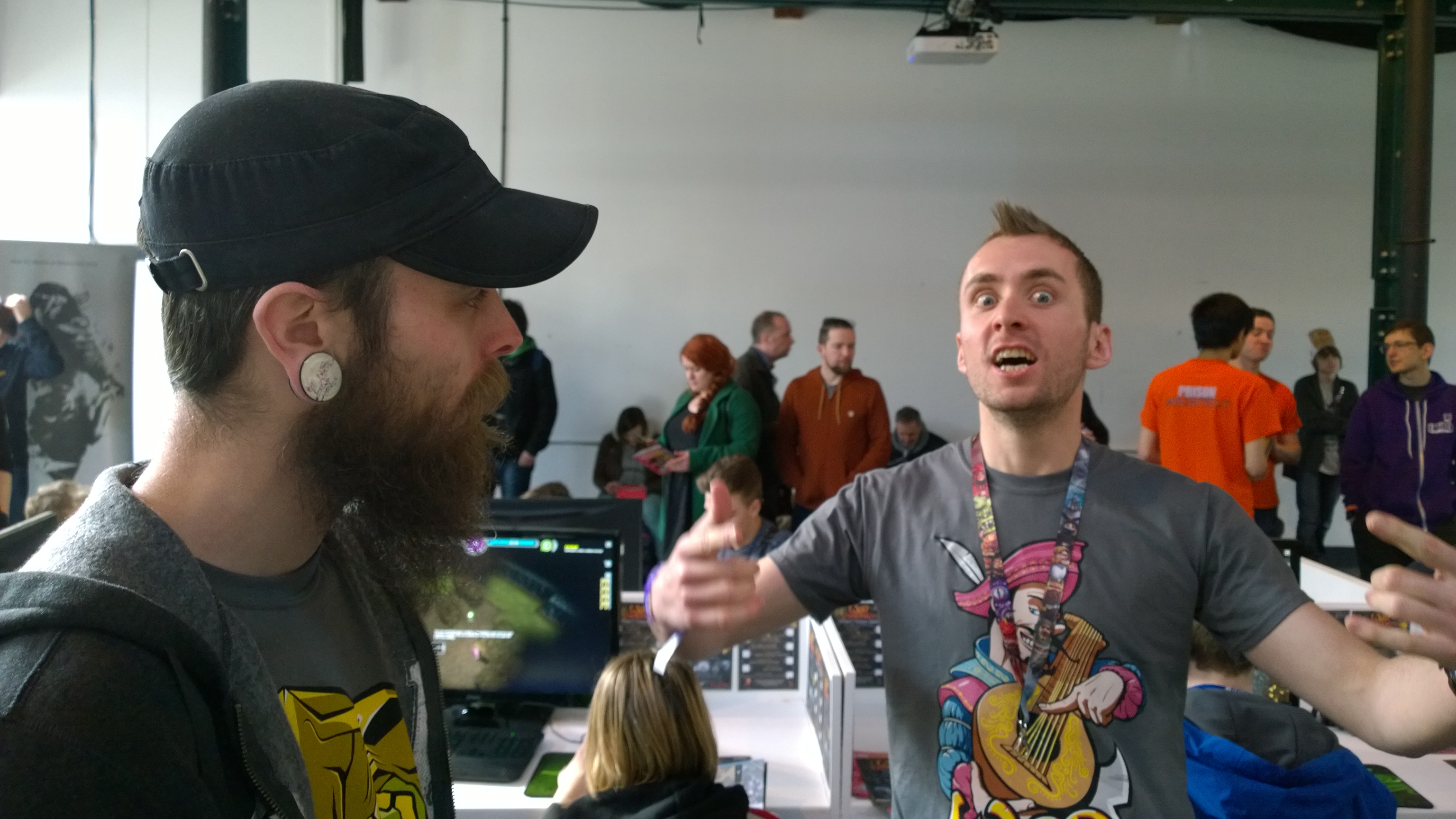 And it looks like people had some fun playing the game.