Post news RSS Sir, You Are Being Hunted... On IndieDB!

Hello! We're on IndieDB, did you notice? We'll be keeping our IndieDB pages on par with all the latest Sir, You Are Being Hunted news from our blog from now on so you can look forward to articles about the development process, screenies, videos and more... there will probably be some posts about tea as well. Mmm tea.

Hello! How are you? We've been quiet. That's because we've been so busy.

This month, which has been our busiest ever - among other stuff which we'll get to - we've continued to work on UI implementation. You can see a shot from that in the image roll. 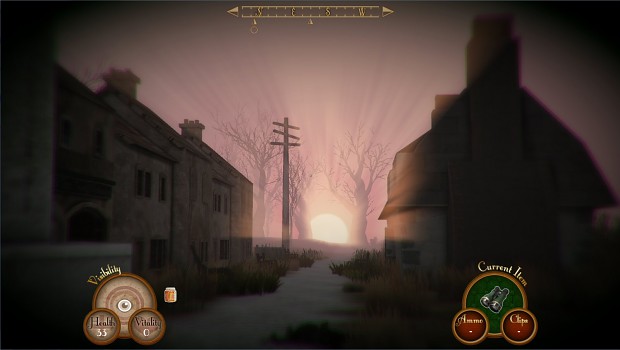 We think you'll agree it's splendid and proper. The sliders and buttons you can see on the shot don't represent the final cut of tweakable landscape/world features you'll be presented with when you generate a world, but you get the idea. Soon we'll be adding environmental knobs and levers for weather and day/night cycle speed, checkboxes for enemy types, you'll be able to adjust the number of pieces of the Strange Device you have to find, stuff like that. Basically we want to give you the tools to tailor the experience to your own liking. Because that's the neat think about generating your game world procedurally. This new functionality has thrown up a few new, if not unexpected, challenges. For example, one of the ways we make our procedurally generated islands 'feel' British is by lining any roads with walls and hedges. If you don't live here, a quick Google-drive around pretty much any rural part of the UK will reveal that this sort of lining is an iconic and instantly recognisable part of our landscape. 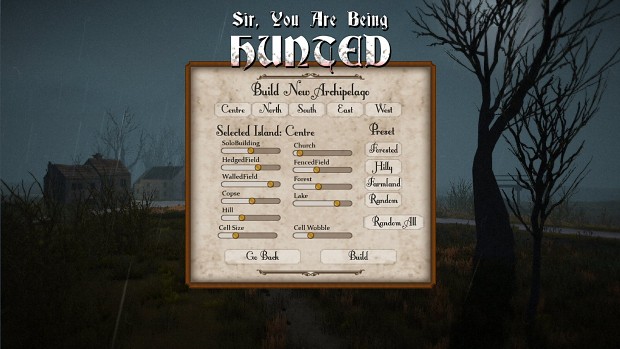 The way we do this is to first place villages, then connect them with roads, then suck the field cells around the road segments into line to create coherent boarders of walls, hedges, fences and so on. Combined with some other cleverness, you end up with a sort of Platonic British Countryside. The essence of the place without actually being a 1:1 simulation so to speak. A distilled impression of the UK. You can tell we're very proud of it...

Now, when you let a player get their wandering hands on the values and variables that dictate the make up of this world you inevitably run the risk of them breaking the balance. BUT THAT'S OK. We now have a bunch of preset values for various landscape 'themes' such as woody, farmland, fens, hills and so on, so that players get some guideline settings as a base before they start tweaking. You can just randomise everything of course, or just go with the themes – you'll still get a unique world each time – but we know people will get a kick out of fine-tuning the space they want to be mercilessly pursued in. Now that framework is in, we're starting to look at developing more varied environments. This essentially means adding new scenery objects (building types, flora etc) and textures for the landscape as well as additional region types. At the minute while all islands in the world are unique (and can in fact feel VERY different to play, an entirely forested island is not at all like one crammed with wheat fields...) they are still made up of the same things. Eventually we want you to be able to choose from sets of objects per island. So you might have a wilder north island, covered in conifers, shacks and wooden fences, but in the south you'd find industry and drystone walls, with smaller areas of broadleaved woodland instead. We're still messing with the fundamental nature of the world generation on a more basic level too. The way we randomise the distribution of villages is currently under scrutiny (Radial? Shaken grid? Something else? Hmm...) and we're constantly play-testing to see how these changes effect the feel of our islands. 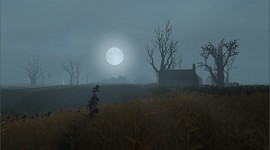 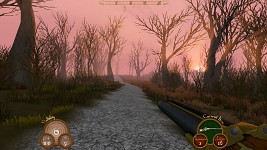 In fact, what is more exciting, is that this has been the first month where we've actually been able to play Sir for extended periods as a standalone game outside the Unity IDE. We can't tell you how good this feels. To be able to double click a link on your desktop, see a presentable front end, load a game you generated with shiny UI sliders and started playing yesterday, then spend several hours terrified and fleeing for your life from your own creations is thrilling and a huge morale boost for the team. For the last few weeks Sir You Are Being Hunted feels like a 'proper game' to play, something helped by the recent inclusion of our sinister butler's voice over. Mr Walters has advice about the world, and implies a bit about what's been going on in this robot-haunted Britain. So much other stuff has come together this month listing it all would be... well it would be the DONE column of our Task List, but we're not going to show you that... But some highlights include: Working melee combat with axes! (excellent when combined with traps for those sweet, sweet stealth kills...). Improved Bot Audio! Spectacular Sunrises! Fully functioning Device Collecting system (including counter and depositing functionality! - this last thing basically makes current builds of Sir 'a game you can play with a goal and an end and everything'.)

Been looking forward to this.

Please milk your RPS cred for all its worth. STALKER is one of my favourite game series, and surviving the British countryside promises to be an even more horrifying experience than battling it out with twisted mutants and armed psychopaths in a nuclear hellscape, so I really want this to do well.

Perhaps the sequel could be set Down Under?

Please, please release an open beta or alpha. You have no idea how much buzz it will generate.

omg that art style, LOVE IT! keep it up and welcome to indiedb!