Elysian Games is alive and kicking, and we prove it with new updates on environments, creatures, and future plans. 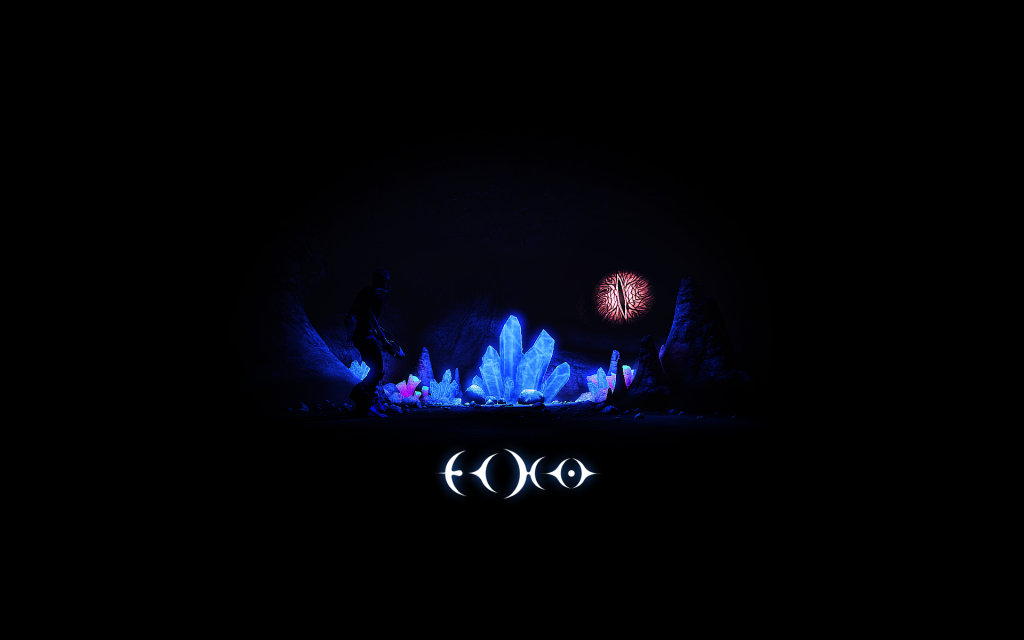 Game development is a lot more challenging than you'd expect. When you're also focused on college, jobs, and what we consider to be social lives, it sometimes seems damn near impossible. Contrary to what our severe lack of any updates whatsoever lately may lead you to believe, we are still alive and kicking(even if we aren't kicking as much as we'd like). In the time since our last update, there was a slight lull in productivity while we took care of some things for our classes, but now we are back into full production mode. We have resumed our weekly production meetings and have set a deadline for ourselves. That's right, in March 11 - 13, 2011, we hope to be at PAX East in Boston with a working demo of our current title, Echo.

A few months back, we promised a teaser trailer to be released for Echo, and that promise has been kept, sort of. We did manage to complete a trailer, but in the end we decided that it simply didn't meet our expectations. We were happy with some parts, but others did not accurately represent the level of quality we can achieve. Many lessons were learned during production of the video, most important being not to rush. We will be going back and refining the trailer before releasing it so all of our hard work does not go to waste. In the meantime, we have a short clip showing a portion of the environment that is being used for the trailer, and have created a wallpaper out of one of the scenes, which can be seen at the top of this post. The wallpaper can be downloaded from our Mod DB page at Moddb.com. The preview of our environment can be seen below, as well as on our YouTube channel at Youtube.com.


To make sure we meet our deadline for PAX East in March, we are all currently hard at work at putting together the demo for Echo, which will consist of a short tutorial and a portion of the first stage. As usual, we are each working on our own areas of expertise.We have upgraded to a newer version of the Unreal Development Kit and are doing our best to make use of powerful new features included with it.

Mitch is hard at work learning the in's and out's of Scaleform, a program used in combination with Flash and UDK to create dynamic and intricate menus and HUDs. Scaleform was released with one of the more recent UDK builds, and I highly recommend anyone who is interested producing next-gen UIs to give it a try.

Jeremy, with his odd fascination with numbers and statistics, is currently working on balancing out all the various stats we will need to know while programming the game. Everything from hit points to weapon power to attack speeds must be determined for each character and creature within the game. Once those stats are figured out, they then must be integrated into a the leveling system. This phase of design is especially important, as having unbalanced enemies and weapons is one of the easiest ways to have a broken game. He is also in charge of working on the layout and design for the various stages of the game, which again, involves a lot of statistics and number crunching. Every single ledge and obstacle in the game must be at the correct scale that corresponds with the players abilities at that point in time. If you play our game and get stuck because you met a ledge that you simply cannot jump over, blame Jeremy.

I, for some reason, have taken it upon myself to learn how to program. I have spent the last few weeks researching UnrealScript and C++ to get an idea of how it all works. At this point, I have actually made a fair amount of progress. So far I have managed to set up the side scrolling camera, new controls, and new character movement all through code. Now, don't let that fool you, I still have no idea what the hell I'm doing, but I'm certainly getting more and more competent. Sometime in the future I hope to post a video of our side scrolling code in action, along with a brief explanation of how I went about setting up the code for it.

Now, time for some more pretty pictures. As per usual, Max is cranking out more creature concepts. We plan to add new sets of enemies and creatures to each stage you encounter. At the moment, he is working on creatures that you will first encounter in the first stage. To give you an idea of what to expect, here are some examples of creatures you will find in game, along with a brief description. Keep in mind that the names of the creatures are tentative for now, we promise we are more clever than that. 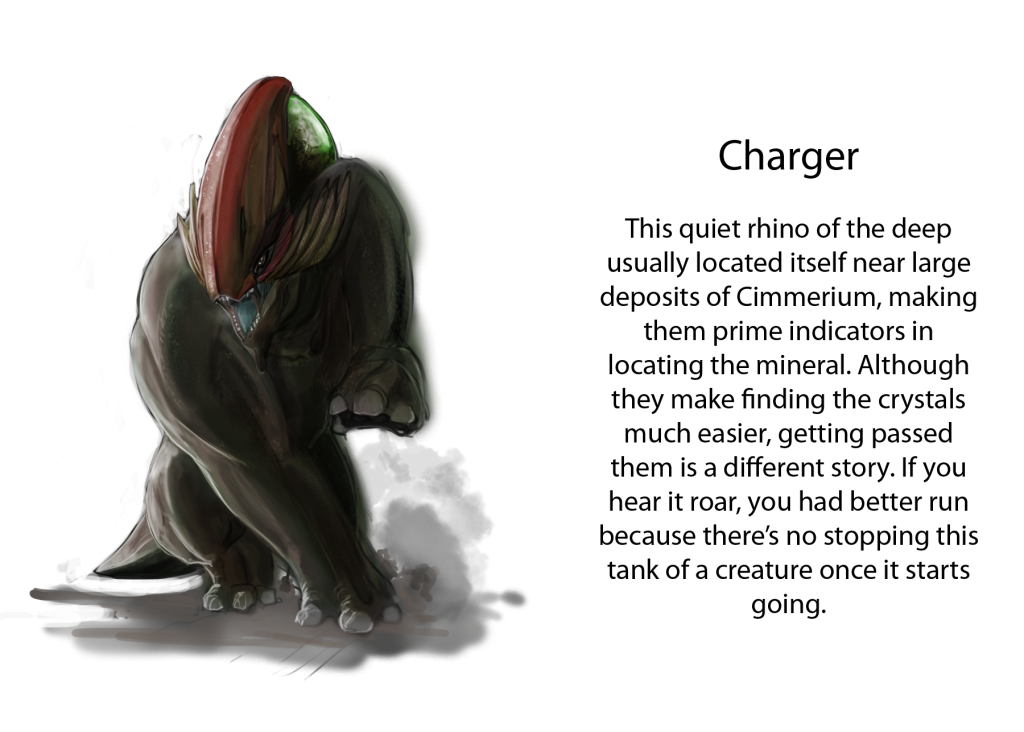 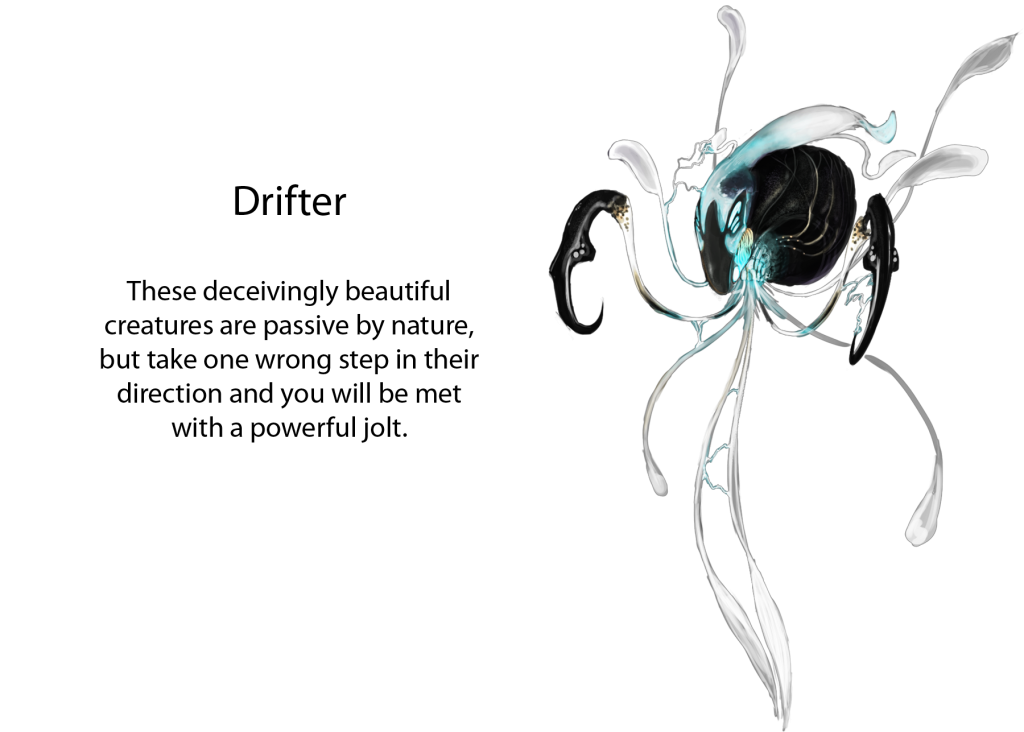 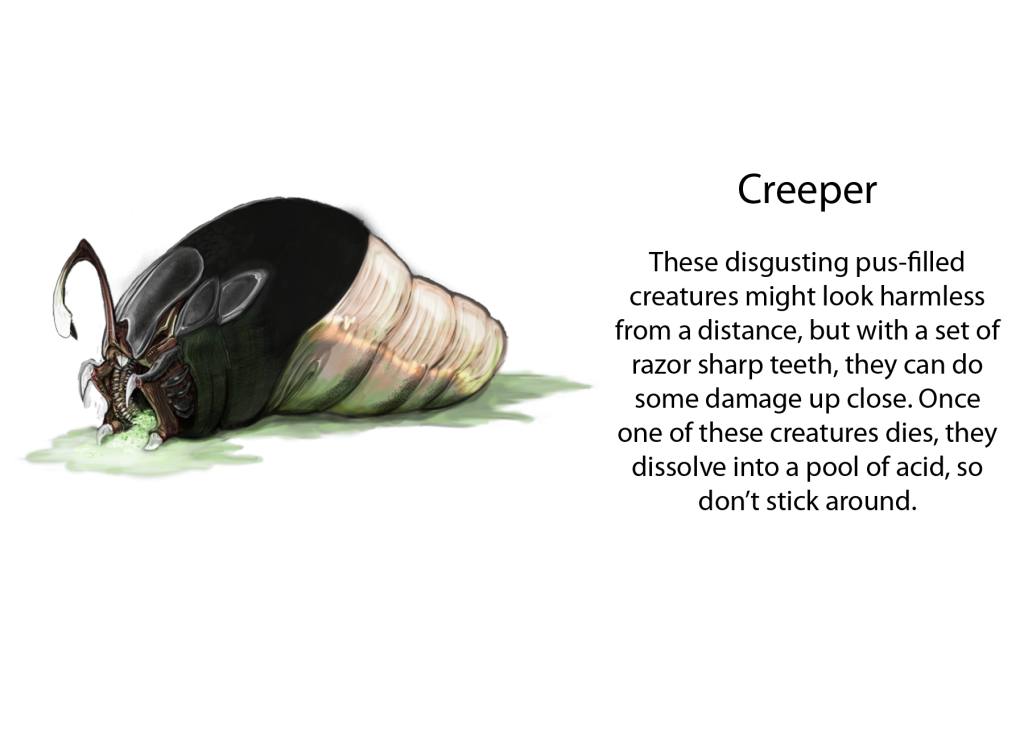 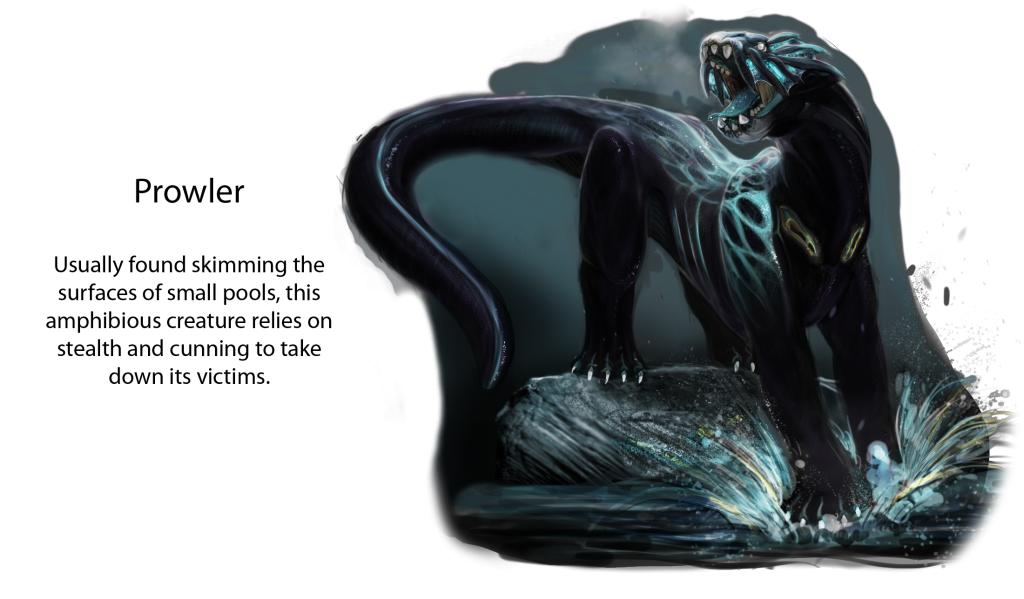 So I hope that what you've seen in this update is enough to show you that we are in fact still moving right along with our project, and we are more serious about it than ever. As always, check us out on facebook, twitter, youtube, and keep checking back here for updates.

Awesome character design for those enemies.

Wow, it was more than enough to make me track this project, great work so far!

thanks for the words of encouragement guys :)

The monster design and environment really impressed me. Keep it up!