This week, the first seven maps added to Dark Times II will be shown one-at-a-time, one per day. In day four, see "Korriban: Catacombs."

The first three maps added to Dark Times II had all been - in some way, shape, or form - potentially maps that had been played before. Those are the only three added to this mod that had been seen before, and I wanted to get them out of the way first. From this map on, all the maps will be maps made specifically for this mod.

The fourth map added to Dark Times II is Korriban: Catacombs. This map plays a little different from a normal map - it has a linear flow of the battle, but interspersed throughout the map, there are several different stone plinths, above which hovers a sphere with a different location on the map. These are used to move around to different locations on the map, which breaks the otherwise-linear flow. 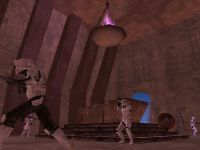 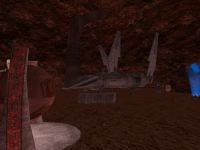 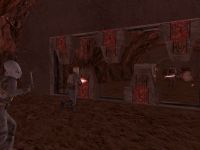 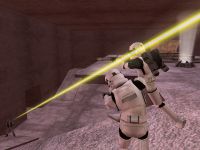 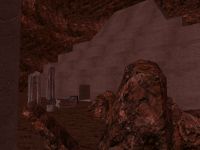 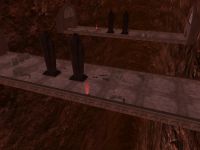 Korriban is a large arid world best known as home to the Sith, however, this map takes place entirely underground in a maze of cavernous passageways.

hmm
Doesn't look as good as the others :/

Care to explain why it doesn't look good?

Indeed; I think it looks quite nice.