Hi, I'm ElPollo315 and I'll talk about the Warzone 2100 Update, still in development by ElPollo315/TheCommando315.

Introduction:
Warzone2100 is a free game created by Pumpkin Studio and originally released in 1999, but now it is open source, continuing with this, one of the first factions released in Cameo apart from the typical RA1 or TD, was "Alpha" from 2100, in that time the mod was called Zeruel87 Mod.

Historically, the faction was planned to continue updating with new material but it was never released, among them were the "CTP" factions, they were variants that would allow RTS games to be played using the original mechanics.

However with so much new Update the two factions of 2100, TheProject and Scavengers were running very empty at this moment.

for which he will make the decision to make an update of the complete game if possible, along with elements of 2100 mods such as wzmini, and others, the mod would now have a facelift adding new sprites of the units, and many combinations with new weapons.

It would bring especially new classes of units like the Cyborgs (Infantry of WZ2100), new vehicle bodies that belong to other factions like Collective, Paradigm and Nexus, even also the VTOL units.

Other additions:
Playing with other 2100 factions, will allow playing with vehicles made with the bodies of the respective factions, for example Collective would use Bug, Scorpion and Mantis units, Paradigm would use Tigers, Leopards and Panthers, etc without acquiring the bodies of other factions such as The Project

Despite being linked to this limitation, the vehicles will already be investigated in advance, which in contrast with Alpha will have access to the entire arsenal but will have to investigate.

The Scavengers:
That faction that introduced me to Cameo will also receive changes in its artistic section by adding new rendered assets and new vehicles, its investigations will also be available to unlock better weapons, such as lasers (do not exaggerate with them) 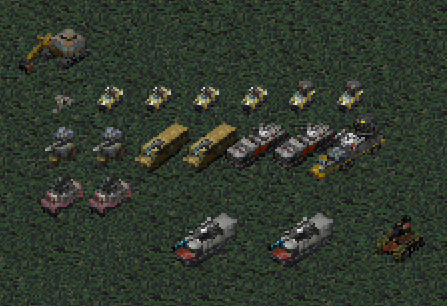 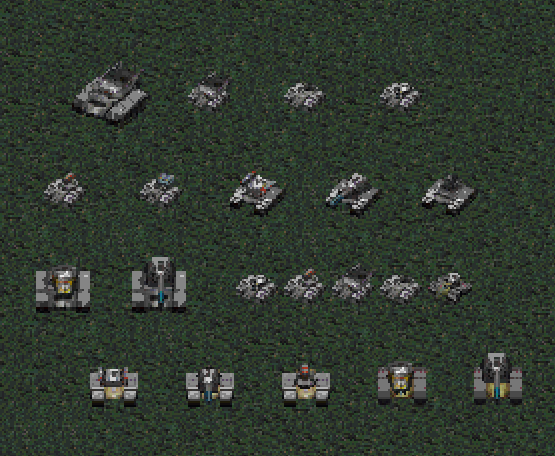