Locally tested, gamers approved! We've been hard at work getting our game internally and externally tested, and we were able to record some gameplay footage while we tested. Check it out! 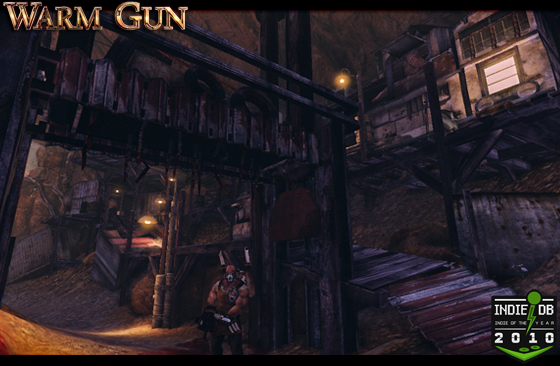 Hey IndieDB!
Warm Gun has often been praised for its graphical quality (we love the positive comments!) but we feel the most important aspect to a video game is the fun factor. We've been working for a long time to get the game set up in a playable environment. For those of you that don't know, we can quickly throw down some stats for Warm Gun:

That's a quick overview of some features we're including with Warm Gun and it has taken quite a long time to really get some of these features feeling as smooth as they look in screenshots. We're still implementing/perfecting this list, but Warm Gun is really starting to get exciting! We're happy to finally say that we've gone through a few rounds of testing and the game reviews have been almost completely positive (with a few awesome constructive responses).

We started with developer-only testing (20-25 people) and then branched it out to local testers (~100 people) in controlled environments. This is no secret, but Emotional Robots' primary goal is to make games that people enjoy playing. We can't even begin to explain the amazing feeling we get when a tester is 'in the moment' and kills someone (or gets killed) and either busts out laughing or screams "NO WAY!"

Those awesome "in-the-moment" experiences are what we live for as players and what we strive to provide as developers. We're going to continue growing our tester base and fine-tuning our game until we release the game early Spring. 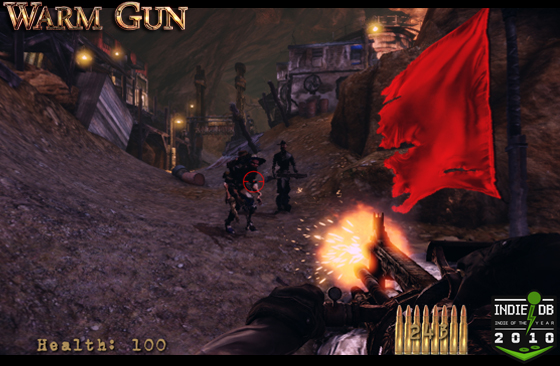 We've also recently gained the attention and support from a couple other companies, Intel and GameServers, which will allow us to be even more effective developers. Intel's developer tools have been crucial to testing our performance on various graphics cards and processors; allowing us to fine-tune some aspects of our game to handle more concurrency across multiple cores as well as optimize our game for lower-end graphics cards. We've also been able to lower the game's power consumption for those laptop and eco-friendly users. Additionally, testing wouldn't be nearly as smooth without the support from GameServers. Their powerful dedicated servers allow us to upload developer builds and test them instantly, which leaves us to focus on the important things like making our game fun.

For those that like the idea of Warm Gun, we would REALLY appreciate it if you guys expressed your love by voting in the IOTY contest! If we make the top 50 it will allow us to continue posting juicy updates throughout the contest, so if you guys want to see more make sure you vote for us! Also - feel free to tell us what you'd like to see! 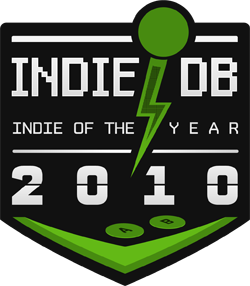 Looking good! Any ideas on pricing?

Pricing is something we'll set then whatever publisher or distributor we hook up with will change, so at this point we don't really want to give you a number that might be something different down the road.

Reminds me alot of borderlands ?

has been always fashonable to make games in a post apocalyptic surrounding. hope warm gun will stand out, cause the maps are really good and realistic. feels like a real place, not like in borderlands. the only problem is the weapon/hand animation....uve got my vote warm gun!

The weapon/hand animations for Preacher and 49er will be replaced soon.

nevertheless i have something to point out: on the screenshot above, the bullet count is imho pretty hard to read, especially if you are in a fast paced battle. should be displayed in red or black or something

The entire user interface was created by a programmer in about 20 minutes. Programmer art is the best! (But it will all be replaced soon, just don't tell him)

At least we somewhat have a UI artist now. xD

If i host dedicated servers,i must pay for that?

We will have our own dedicated servers that people can play on, but if you want to host your own server you'll have to pay a server hosting company to rent a server (unless you own one already).

very impressive guys, you said this update would "bring it" and it most certainly did!

been looking forward to this for awhile. Keep up the great work guys.

looks great! Thats what 3 years or so of hard work and dedication will do to an indie game. You guys have a AAA game here!!!

I love the art-style behind it, the gameplay looks abit boring and flat to me. Sometimes can be hard to express in videos though so i could be very wrong.