The thermonuclear blast of a Cyclops torpedo, wings of cutting-edge fighters on the attack, Karuna frigates volleying their torpedoes, and sunrise over a terraformed Mars: this is a taste of what you'll see in War in Heaven. Release is right around the corner.

War in Heaven is the story of a tragedy, a war between well-meaning democracies, each devoted to the survival of mankind. But for all its horror, the war between the Federation and the Alliance is also terribly beautiful. 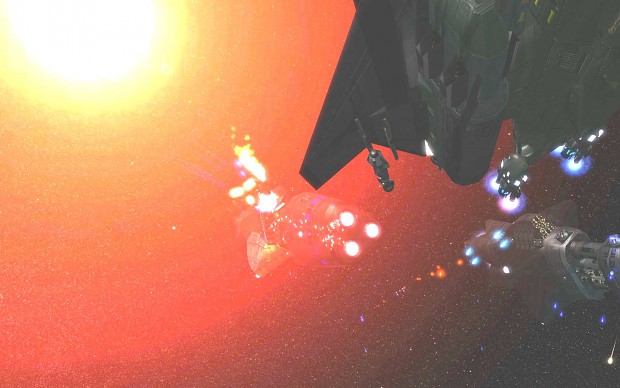 As we perform our last round of polish and preparation before release, we've been sprucing up the visual side of the mod. Israeli effects maestro Nighteyes, working in concert with our code liason The_E and scripting guru Wanderer, has done a lot to bring the full fury of the war to life.

You can see some of his work in this demo here. The torpedo detonations, shockwaves, and - ultimately - fireballs as the losing warship comes apart are almost all his work.

You'll notice beam weapons actually carving through these warships as their hull integrity falls into dangerous levels. This type of beam piercing is a new effect for War in Heaven. So, too, are the flaming trails behind the debris chunks of the exploding ship - an effect we only implemented in the past few days.


If you look carefully, you can see some more subtle new additions. When the losing ship explodes, the blast whites out the screen in a manner similar to ship deaths in Homeworld 2 or Nexus. This flare - and the fading orange afterglow - is actually created using scripting, a powerful technique which most FreeSpace 2 mods haven't used much of.

This scripted flare isn't just restricted to ships exploding. FreeSpace 2 weapons like the Cyclops torpedo are supposed to be thermonuclear bombs, but they've never really looked like it. Now, however, an exploding Cyclops - whether it's slamming into a target or detonating upon interception - will produce a smaller flare of its own. When a whole bomber flight is firing warheads, the detonations are truly hellish.

While visuals are only one component of storytelling, they can do a lot. Seeing Federation railguns literally tearing through a target, throwing out huge plumes of fire on the far side, really drives home the kind of destruction at work here. 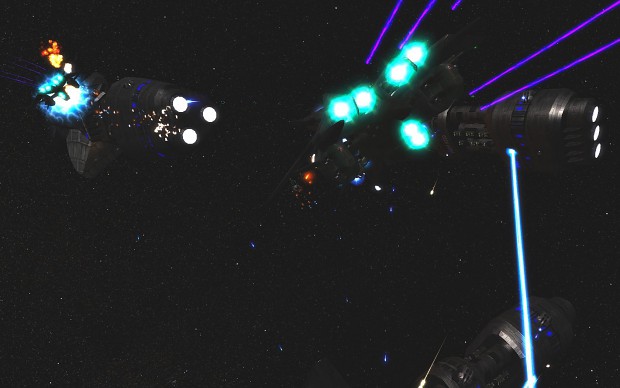 These graphical upgrades are awesome enough that we won't be keeping them to ourselves. As soon as War in Heaven released, these effects can work their way into the MediaVPs so that every mod and campaign can use them.

On the ships front, the GTVA has picked up a few new fighters since Age of Aquarius. 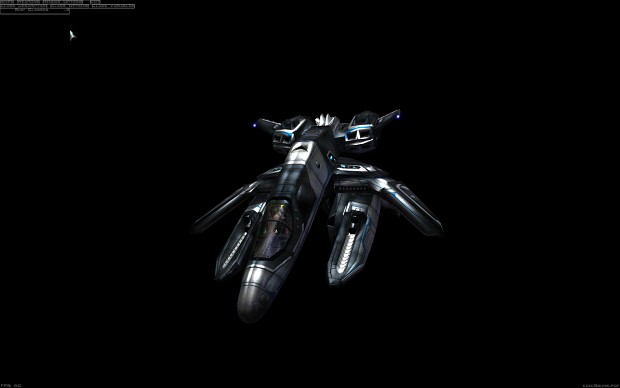 Fighters like the Kulas and Aurora were built during the post-Capella depression: cheap, flexible and numerous, to fill out the ranks of a wounded fleet. The Nyx is different. A true next-generation heavy intercept combatant, the Nyx serves the GTVA as a gunship-killer. It's as agile and swift as the classic Perseus, but it with eight gun banks it has twice the firepower.

The Nyx model is one shared by many mods - part of a policy of collaboration we try to encourage.

The Nyx is a powerful beast, but the Atalanta is a huntress. 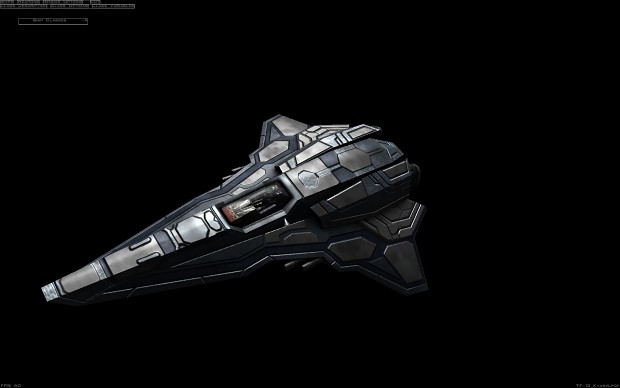 Tremendously quick and agile, the slender Atalanta represents the GTVA's attempt to capture the sheer, awe-inspiring maneuverability and combat presence of the Shivan Dragon. Another true next-generation design, the Atalanta complements its heavier sibling, taking on the light space superiority, area defense and intercept role. For now the Atalanta is rare in the GTVA ranks, deployed only to elite squadrons, but expect to see more of it as the war develops.

And, of course, there's no point in having a war unless you have something to fight over. Sol is the oldest inhabited system in human space (naturally), and it needs to look that way. The fingerprints of human habitation are all over the system. 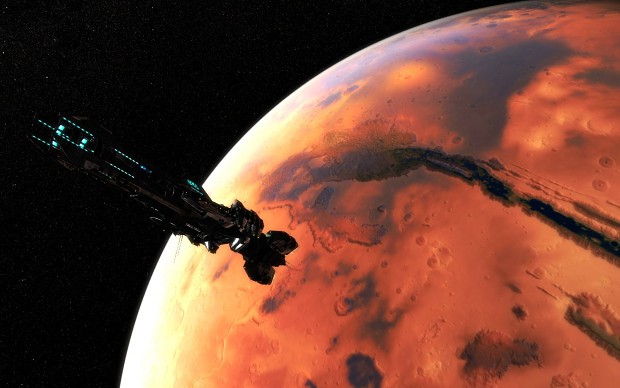 That lovely creature in the foreground is a Narayana heavy frigate, probably the Hesperia, though I'd have to check our table of fleet deployments to be sure.

Note that Valles Marineris is flooded. That's a geographically correct Mars down there, and our astrographer and artist HerraTohtori went so far as to calculate correct water levels.
We could do a whole 'nother article on Mr. Tohtori's detail obsession - he's calculated the distance from the sun and the correct position of the planets for each of our missions and adjusted the background accordingly. In fact, HerraTohtori introduced us to software called Celestia, which we use to calculate the position of the planets in 2387 and plot strategic movements during the campaign.

If you want a little more astrographically accurate scenery, check out this shot of Earth from the Moon's surface.

We may do another post on our extensive custom AI in the near future. But release is right around the corner, so keep your eyes open. Pre-release reviews are glowing and we can't wait to show you what we've done. 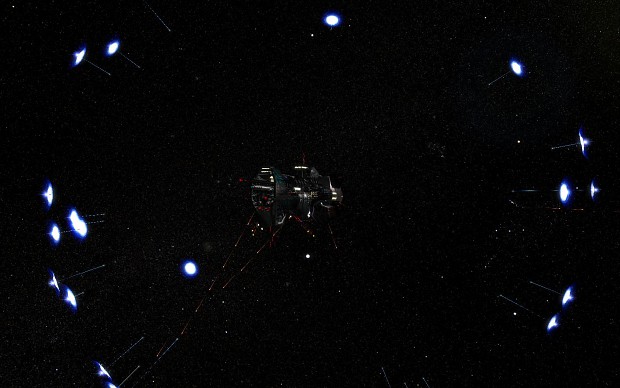 you Sir, have just made my day. This seems to far exceed other mods for FS2 and some of those are awesome in their own right.

cant wait for this... does it include voice acting?

Unfortunately, no. We have decided not to do voice acting for this, as it would delay the release of Episode 1 considerably (as in, 6 Months minimum, based on earlier experiences). That said, there are already volunteers to manage the voice acting for this, so sooner or later, you're going to get some voices in there.

Sounds good to me. Can always replay the mod when voice acting is included like the first one. Thanks

Amazing! Looking forward for the release.

I see these news on Earth Defense's page as well. Battuta, you must have chosen ED (or it happened by default) as a mod which is related to this article. You can change that by modifying the news.