Vox v0.19 has been released and introduces lots of new gameplay features and also fixes lots of bugs from the previous version.

It was a little bit longer than originally expected, but version 0.19 is released now and updated on Desura and IndieDB... this version includes a MASSIVE list of new features and also a comprehensive list of bugfixes and compatibility issues.

The biggest new features that have been added are: 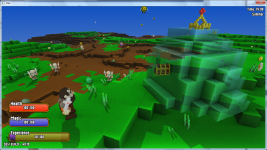 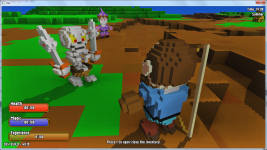 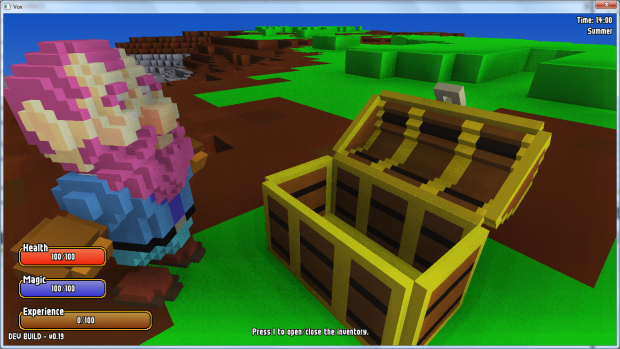 This version also includes a native "No-shadows' executable so if anyone is having problems loading the shadows FBO on their graphics card, they can just run Vox_NOSHADOWS.exe instead and this should fix that problem.

As always I hope you enjoy this new update and would love to hear your feedback and suggestions about Vox. So far the pre-alpha is going well and new features and gameplay are constantly being added to make it a better experience for the players. If you find any bugs or problems with Vox, then I would encourage you to please post about them in the 'Bugs' forum here, and also feel free to post any cool creations or stuff that you make with the editor in the 'Player Created Content' forum.

It's great man! Love the new update. You should really optimize the shadows though. I have a GTX 460 and can run Battlefield 3 at Ultra settings, but this game lags. xD

Can't wait to see crafting and stuff of the sort implemented! Also more exploration and quests. I think this game has great potential!

This game looks like a carbon-copy of Cube World, and vice-versa, obviously.