Release notes for Version 21 of Vigilantes, a neo noir turn based tactical RPG.

The V21 update for Vigilantes is now available, introducing new features, content, balancing improvements and fixes. In the latest update, the hunter becomes the hunted with gang lieutenants setting up ambushes for the player. The environment can be used against the enemy with the addition of gas canisters and fuel barrels, and you can take the fight underground with the introduction of the first subway map! 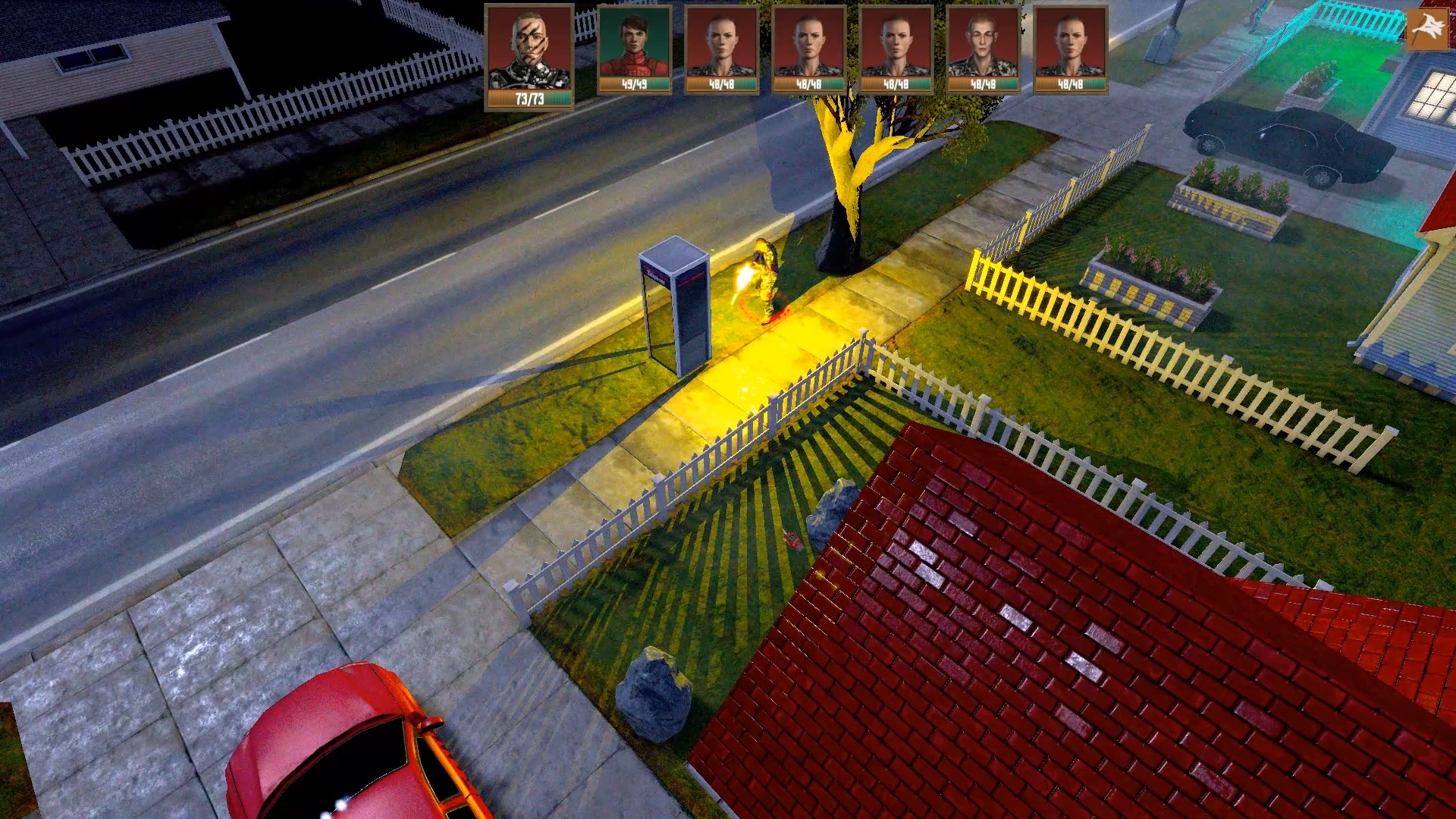 The release notes for this update can be found below, and a more in-depth explanation of the additions and improvements can be found in these two development videos.

+ Gang lieutenants can set up ambushes for the player
+ Fuel barrels and gas canisters as objects can be activated to set an area on fire or explode
+ Characters with 2 or more adjacent enemies gain the surrounded status effect. Being surrounded causes them to pay less attention to active threats, and are easier to score hits against
+ Night missions now impose a 5% penalty to ranged CTH and cover is more effective at night... could be a good time to hit the survivalists
+ When fighting indoors, assault and precision rifles suffer a 5% CTH penalty due to being used in an enclosed space 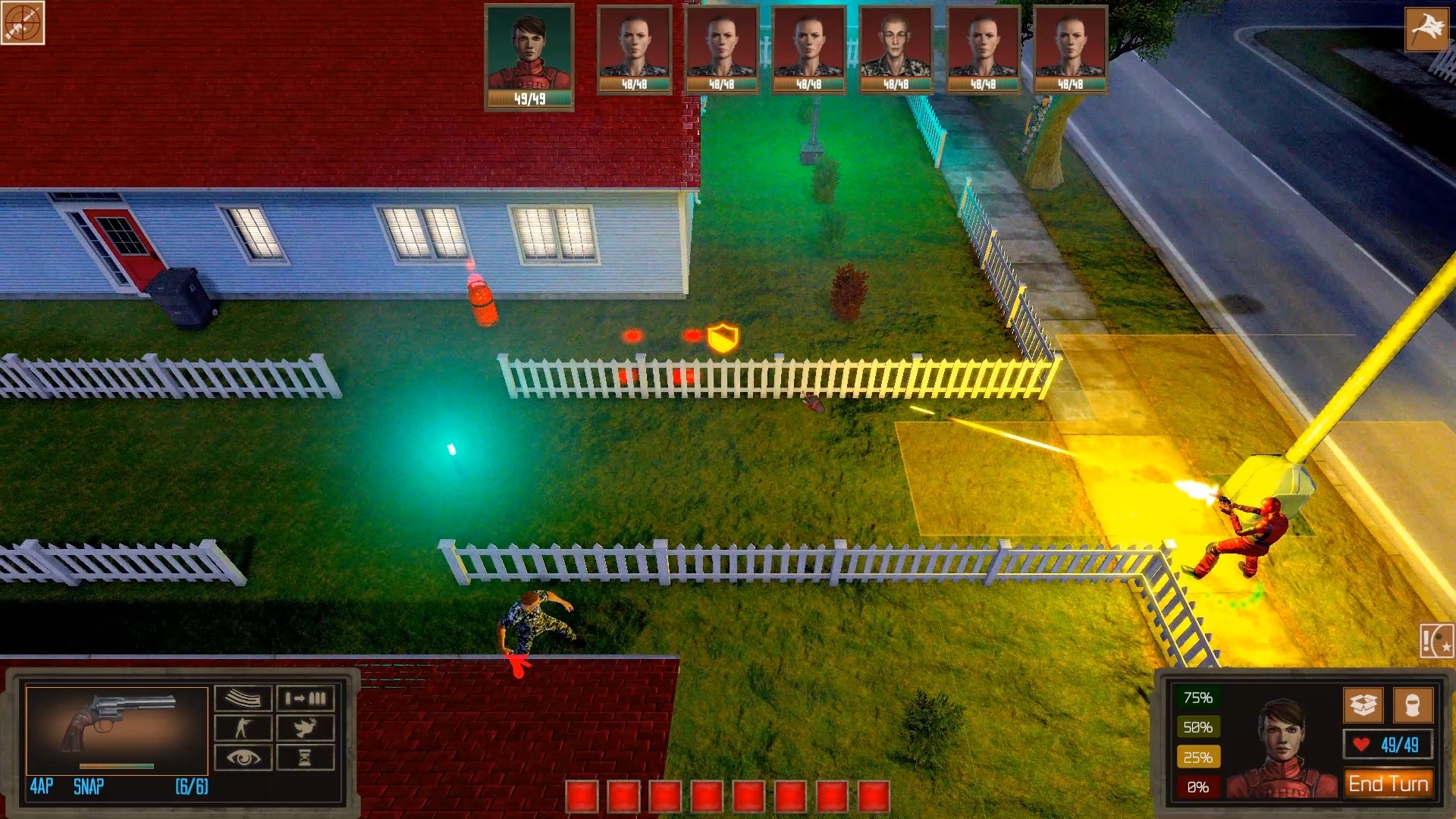 Use the environment against your enemies 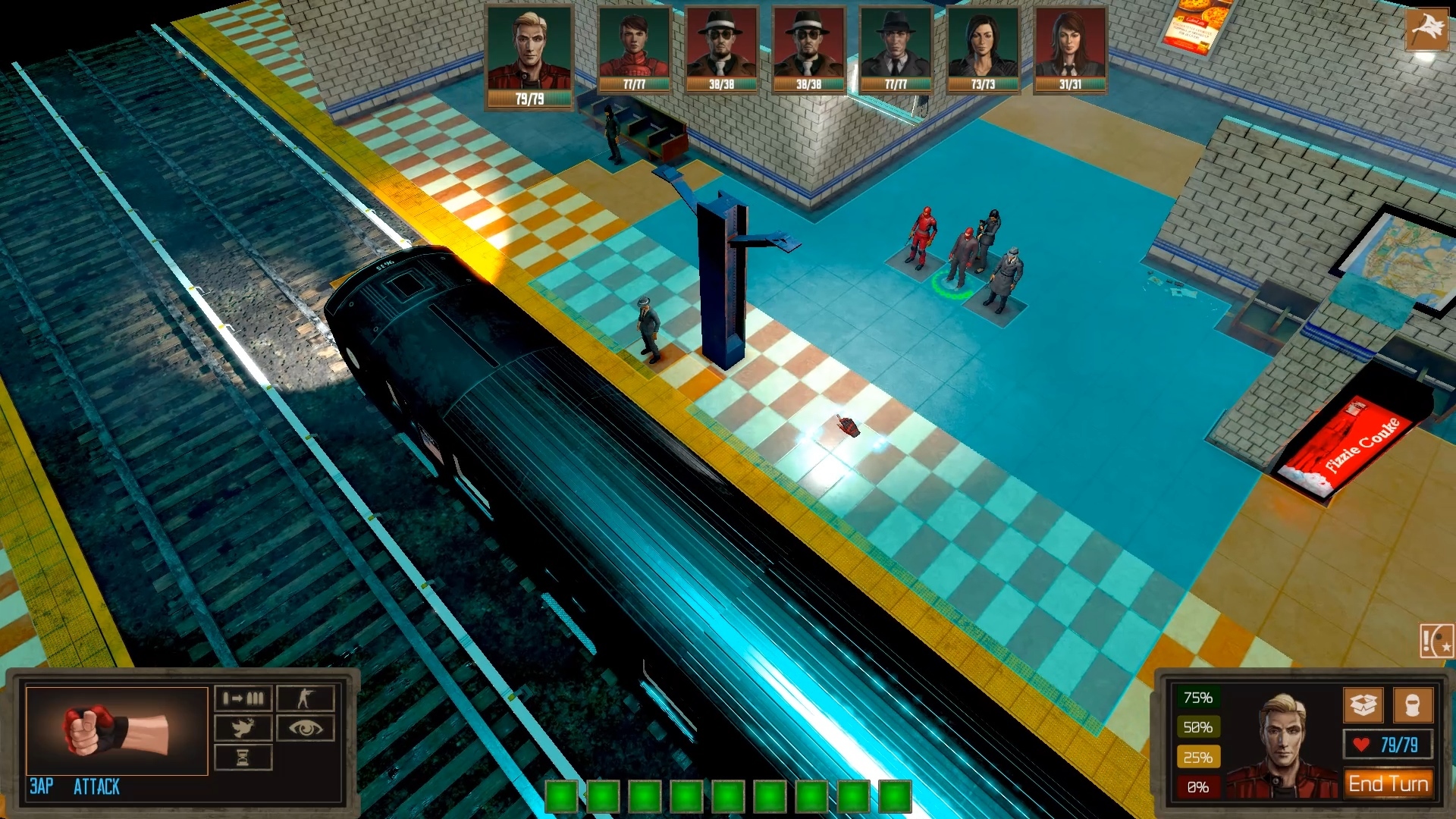 + Gang lieutenants now require 2, rather than 3 pieces of intel to locate.
+ Rackets require 2, rather than the planned 3 pieces of intel to locate
+ Racket and boss encounters are now more difficult
+ The per tile tactical re-positioning cost is now lower
+ Failing tactical repositioning imposes a -1 initiative penalty on your team
+ City tiles with high wealth have a chance to provide gangs members with improved equipment
+ General Arms Peacemaker SMG can now fire a single, more accurate, 3AP shot in addition to a burst
+ Gang members gain a level bonus at Hard Boiled or greater difficultly
+ Gangs get a scaling bonus to income at higher difficulties
+ Penalty for having an adjacent enemy and trying to use an assault or sniper rifle is now more severe
+ The Friendly Fire perk now prevents allies being hit by the shotgun's cone of fire
+ The Battle Frenzy perk now has a 30%, rather than 10% to activate
+ The shop now generates more component items

+ Fixed a bug where swapping between regular and hot loaded ammo could cause errors with the ammo unloaded from the gun (Supervoid)
+ Fixed a bug where input was being disabled in error, forcing players to click a UI element to re-enable it (Ushas & murrki017)
+ Fixed a bug whereby input was enabled when enemies changed weapons, which caused an issue in AOO and potentially other areas (Ushas)
+ Fixed a number of typos (Gloomseeker)
+ Fixed reachable tile display showing for enemies is escaped to menu during enemy turn (Ushas)
+ Fixed armour replaced during combat not updating protection until first hit (Ushas)
+ Sodium Thiopental no longer used if you opt not to use it (MotherAce[No])
+ Fixed issue with loading some gang leader fights (degzee64)
+ Rackets can no longer be found by surveillance only
+ Fixed issue with enemy fleeing in survivalist training facility (Ushas)
+ Made changes to code for switching between scenes, in the hope this resolves the issues with level loading.
+ Fixed crouching bonus was not being applied to characters in cover
+ Fixed issue with character not strafing after one strafe per turn
+ Fixed characters being able to shoot through one of the buildings in alleys 2 (Sheepify)
+ Fixed a bug where failing and retrying the first mission could cause crashes and unpredictable behaviour (Ushas, Tortousit, Tchey, Alatar)
+ Fixed an issue whereby dragging a stack of items onto a stack of the same type could cause unpredictable behaviour with inventory
+ Fixed rackets not being removed
+ Fixed rackets not providing a piece of intel on a lieutenant or another racket

I hope you enjoy the update. Should you have any feedback, please let us know!

AWESOME WORK HERE YOU GUYS AND GALS MADE. ^_^