Keep track of what difficulty you've beaten with each of your loadouts. Tougher Commanders has also been restored as an option for people wanting a tougher early game. 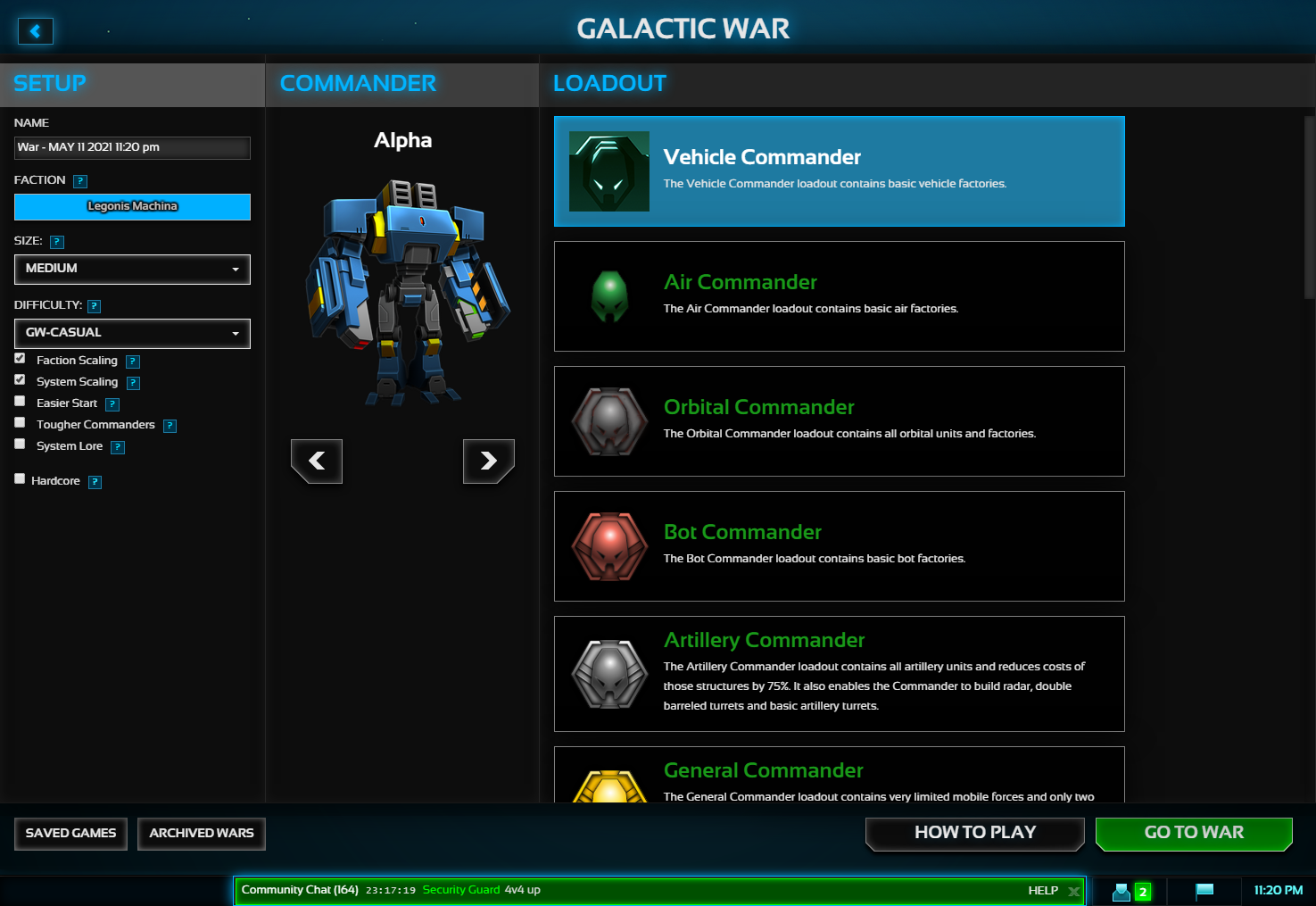