Some info about new features you can find in new version of my mod: PARADIGM WORLDS, version 0.62.

- added new hair and beards for human, elves. (thx to "the reckoning")
- added new companions up to 30 (and probably this is all)
- skyboxes (new, with better sfx)
- now you can give gold bars to your comapnions to improve their morale and reset grievances (ask them do they like gold)

- new race: HALF-GIANTS for players and GIANTS for npc parties. They are extremaly strong, but not agile, or charismatic. They're not too smart too. They are biggest race in game, which means they are good in hand-to-hand fight
as they can easly hit heads of enemies, but on the otther hand they are really easy target to hit.

- added new special "war-Parties". They are bigger, stronger parties of minor factions. Each time there can be only one War-Party on the map. They are leaded by hero, which is exrtemely dangerous, very well equipped, so it can be said, that they play role of BOSSes.

- War Parties, I hope, war-parties feature will give some freshness in mid-game, when player becomes very powerful.

- shotguns, blunderbus, handcannon and sawed off shotgun fire now multiple bullets. However they act not 100% properly when on horse... If you don't like it this way please give message in comments 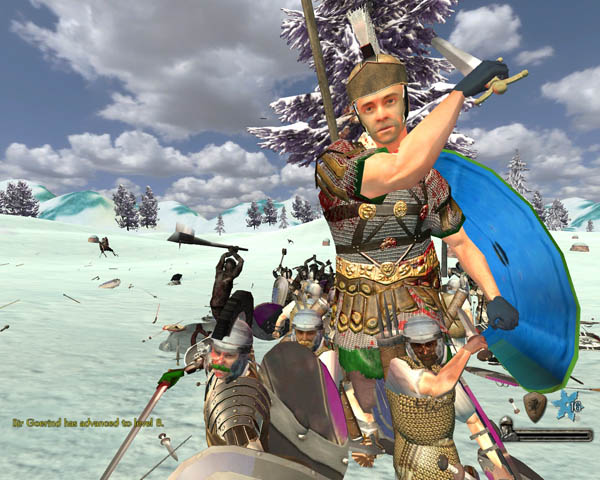 First of all: I am very happy to present you two new races: Half-Giants and Giants. First one is an option for the players. Halfgiants are huge, very strong creatures. They are an easy target for an enemy, but their high height gives them ability to easily attack heads of any opponent. Giants are far more powerful and a lot bigger creatures. They are huge, agile, extremaly strong, equipped like legendary heroes and very, very dangerous. 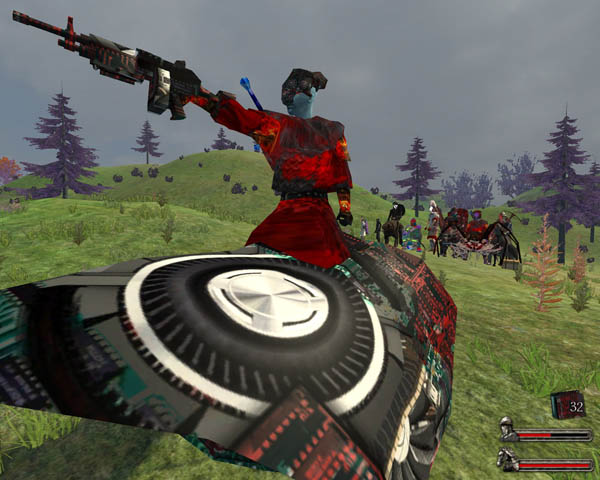 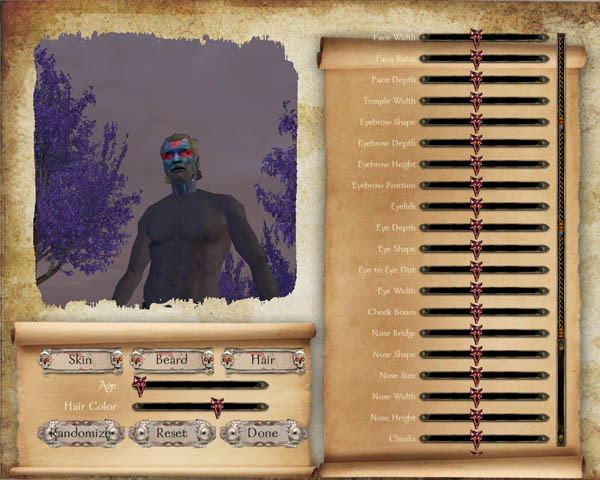 From the player creation menu You can now choose Half-Giant race. 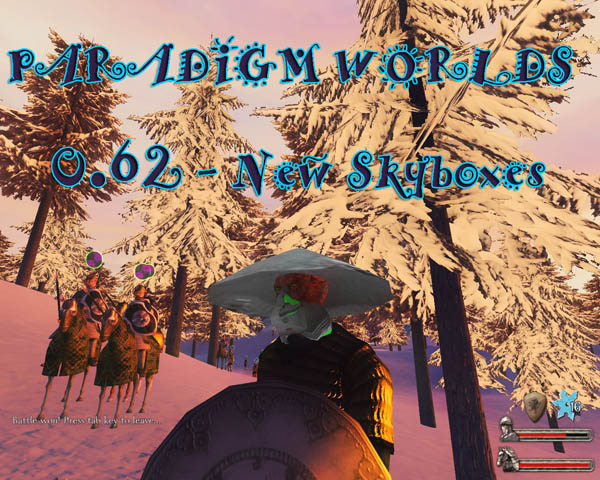 But there are more significant changes to the mod. Most important is, I think, graphic improvement, new skyboxes. But with this improment goes new feel of the world. Now, at night all world is bluish, when sun comes down you feel, and see, warmth of the light. Lights and shadows are more realistic, so gameplay is more fun I'd say. It is like reading the same book, but with complete new set of pictures. 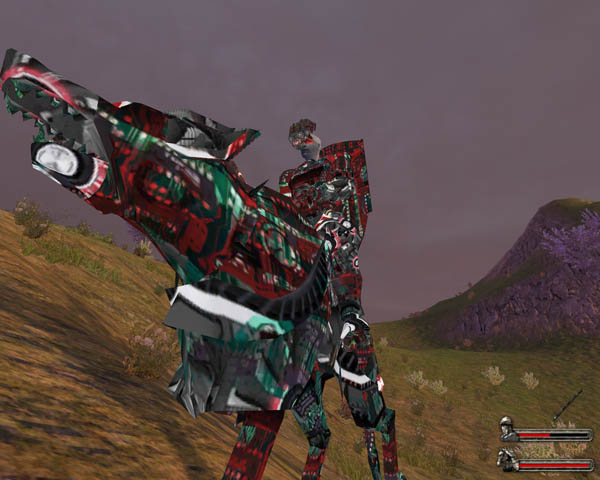 - New bosses are lottable, so with new enemies comes new loot. This is how DARKNET ARCHMAGE of Technomages, you can take his legendary items and use by yourself or give it to your comapnions.

- Companions! Unfortunately most of them have still old dialog lines, but there are few new interesting features. Overall there are 30 companions. So 6 new. I think that this is highest number of companions that it will be in this mod. I want player to mico-manage all of his companions and it is a lot of work. What is more, if you want to feel any connection to your friends you should not have too mmuch of them.

- You can prevent comapnions from leaving you by threatening ("we hang desterters in this company') but you can also make them happy by giving them some gold. You can ask them do they like gold and give them a gift from gold bar. 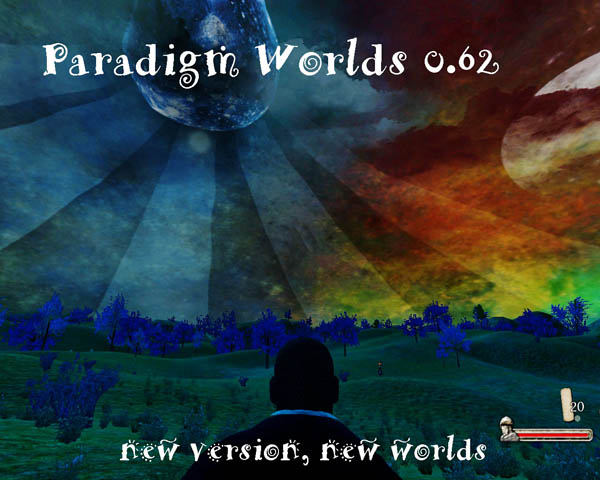 I will add more skyboxes and for sure some of them will be as strange as this one made especially for warband by me. I want Paradigm Worlds to be strange a little psychotic place.

I have found that old mod "The Reckoning" had become OSP (open source) so I ahve used some things from this mod. Thanks to creator: La_grandmaster! So will meet Max Gibson, armed with special weapons (Sawed off Shotgun, and a Dynamite Bomb!). He also has some equipment like armor which is the only one in the whole mod. I just want to make him a special guest.

Sawed-off shotgun, blunderbuss, flintlock handcannon - and a few more guns - became a firearms devils! This is thanks to new code I've aquired from The Forge, Mount and Blade place for modders. Now you can try what they do! They shot on shorter range, but more bullets! Unfortunately they behave a little strange, when you shoot up or down, when mounted on horse.

There are also grenades! And dynamite bombs. Grenades are very rare items, you can buy them sometimes from merchants, but mostly aquire as loot from new enemy - SpecOps, a new member of Star Gate Squad minor faction.

Biggest change to mechnics, besides War-Parties, is changing to amount of parties at all. I have lowered amounts of parties at start of the game, but thanks to War-Parties all minor factions became more dangerous. 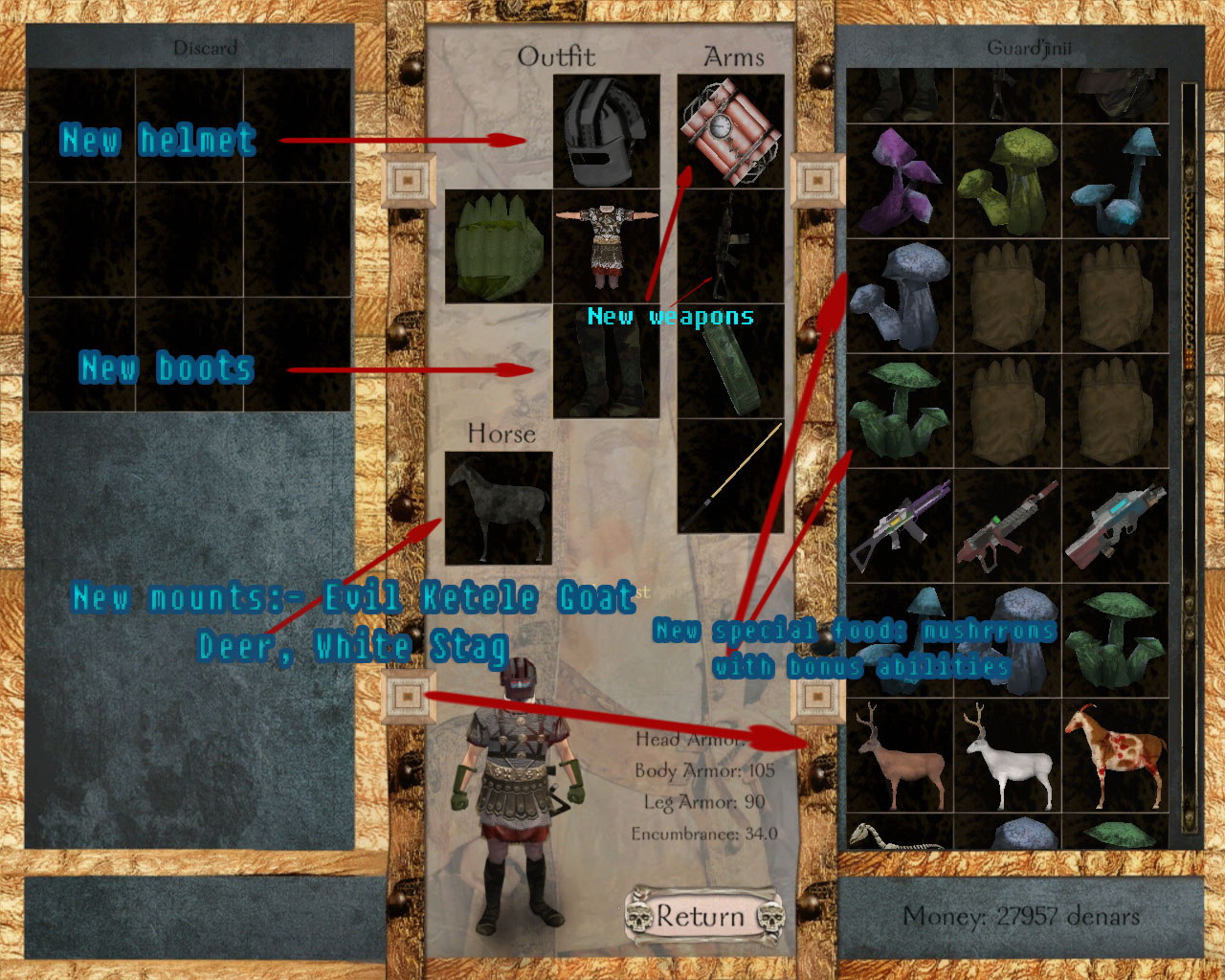 Another very important change is in diplomacy with minor factions. It has to do a lot with your honor rank. For now, every few days you will be chcecked for your honour. And if you are 'good' you will improve relations with 'good' minor factions, and worsen with bad. And vice versa of course. However, the more 'bad' or 'good' you will be the bigger bonus to renown you will get. I think that this feature is not only logical, but gives some realism. You can also try to stay neutral, then you can try to keep good relations with more parties, but you won't get bonus to relations.

I have also spent some time playing with multiplayer. Changes are very small, but you can feel them right away after battle starts. I have scripted all statistics, to speed up fights. I have also put new fighters just to see what will happen. You can play as Morlok Vanguard now, or Lost Legion Decimus. I want to concentrate on sigleplayer mode, but from time to time I will try to put some new things into multi.

So if anyone played this mod, please give info on your feelings in the comments section. I am still not sure about this blunderbus, multiple bullets mode. What is most imprtant for now to improve? Maybe I should start fighting for the new world map? This could be a good way to account sea, and water into world of paradigm?

what the bloody hell is this?