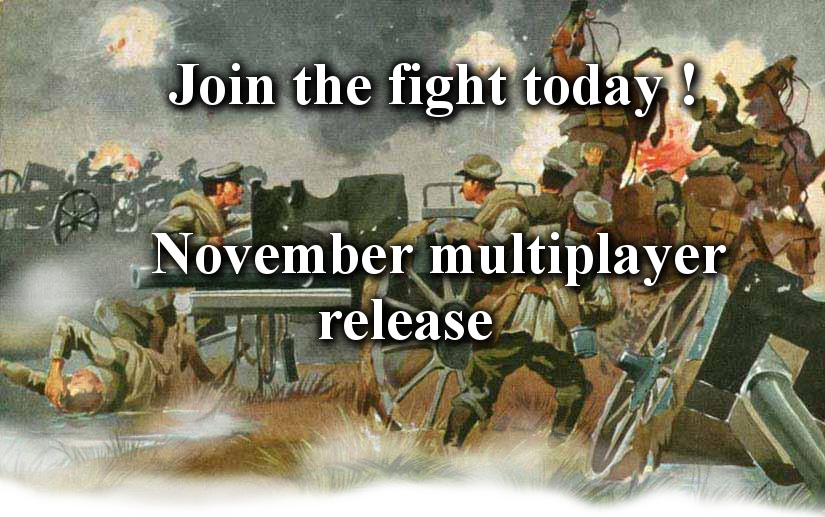 After long waiting its here !

Yes evrybody, after long long waiting heres the November update ! For new factions we have Serbia and Austria and the Ottoman Empire and the British Empire in the multiplayer game, new vehicles and weapons !

Sadly beacouse of unsucesfull uploads and problems the hype of the people lowerd a lot.

For the Napoleonic wars community, rise and make this mod a fun one ! Rise servers and banners hig, it syoure time to show yourself ! Also the great war community, dont be shy and start servers, this isnt a simple toy, you need more people to use it !

Upload the mod on moddb pls ... for us who dont have steam ffs

The great war : Heroes in the east - Testers Web & Community with 10 members