From the AT-TE to the AT-RT. the Empire has it all when it comes to vehicles.

I believe I did well when I released V0.7, hardly and bugs or glitches. Right? anyways i wanted to show the new vehicle system in DARKTIMES. (the pics are in HD so Geronimo doesn't nag me.)

The AT-TE: behemoth of the battlefield, was the main heavy vehicle used by the Republic 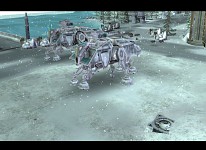 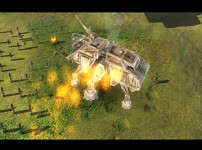 Walker Brigade: A Brigade of walkers consisting of 2 Pod Walkers and 3 AT-RTs 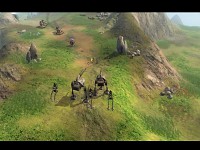 Anti-Infantry Brigade: A combination of both old and new technology, consists of three TIE maulers and three Swamp Speeders 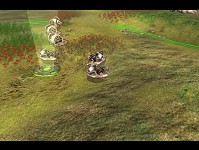 Republic Heavy Artillery (RHA): Large Vehicles that fire plasma bolts, they are the precursor to the SPAH-T 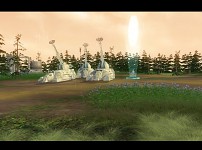 Lastly: the New AT-AT reskin by farseer, and some RHAs firing in the background: 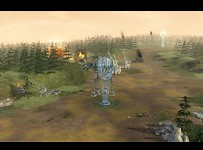 please tell me what you think about the mod, what other units i should put in ect.

Looks good. Perhaps a HAVw A6?

i think i'll stick to the original Juggernaut model, but i'll add some better weapons and different description