There is no ship that had more variations than the Surya Class. This vessel lived on in several iterations after the big Stafleet overhaul in the 2270s. Evolution contains no less than six distinctive starships that evolved from the Surya.

As Surya has many children in the Indian mythology, so did her namesake starship lived on in several variations during the great overhaul of Starfleet. The main goal of every starship refit goal was to make the ships safer and more durable in combat situation, so the saucer-mounted torpedo launchers were the first to go, thus only a few of the successor classes have torpedo weapons. 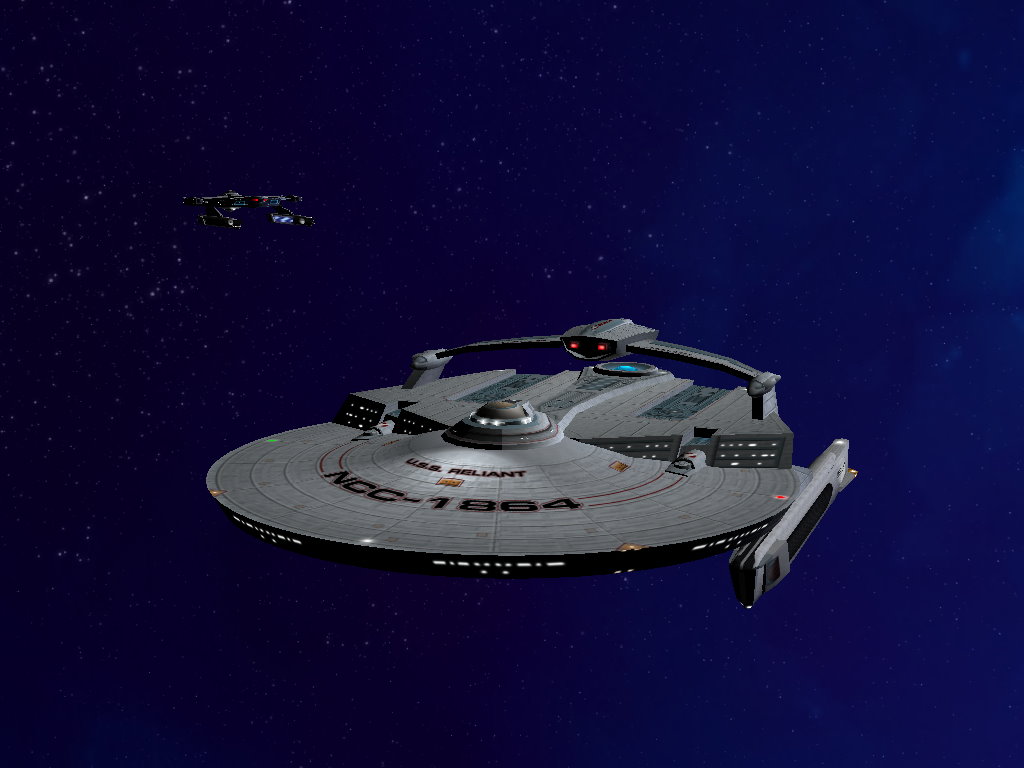 In the most recognizable Surya-refit, the Miranda Class the torpedoes found its new place on the iconic „rollbar” section of the ship. This also mean that the ship was capable of firing aft, a novelty in Starfleet designs, but already used by the Klingons. Despite being relatively small, the new weapons and shield, combined with enhanced structural integrity field and comparatively low mass made the Miranda a great combat vessel, often outclassing the refitted Constitution and Federation Classes in wargames. Serving on a Miranda Class ship soon was considered as a privilege among military personnel, and many of the later great captains served on a Miranda as their first command. 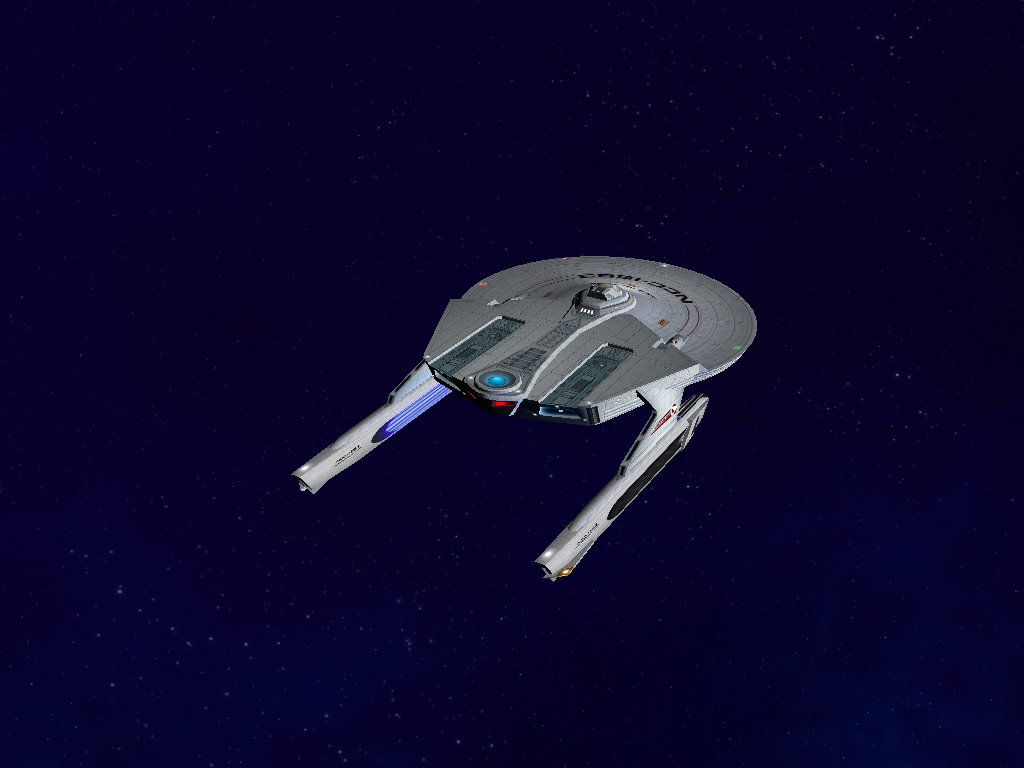 Another notable variant, the Lanree Class looks like just a simple refit of the Surya. But although it lacks torpedoes, even with its reduced firepower, the Lantree was widely used for border partol and police duties, and as training vessels. Designers also recognized that the ship’s very basic design makes it ideal for various subvariants. Many Lantrees were modified to act as dedicated scout or science cruisers, medical ships, troop transports, tenders and even as pocket carriers, and some remained in service up until the Dominion War. 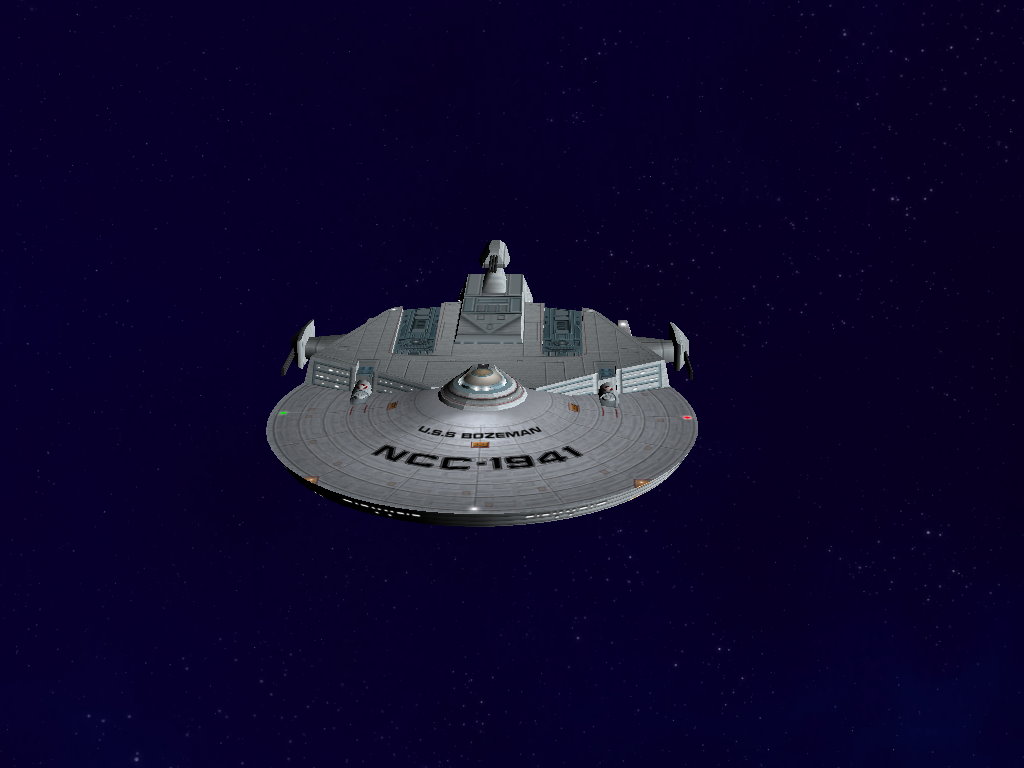 Meanwhile, the Soyuz Class’ career was less spectacular. As the most excessive refit of the original ship, the Soyuz received a grand total of twelve pulse phaser cannons, making it one of the strongest forward-firing starship in the fleet. However, slower speed due its increased mass, complex weapon systems, and significant power drain it required to fire them made the ship difficult to operate and the class retired from active duty after a few decades – only to be reactivated during the Dominion war as the ship’s now improved firepower made it more than capable to deal with head-on charging Jem’Hadar bugships.

The next starship in line, the Ticonderoga Class born to fill a special role. Starfleet required a supporting class capable of hindering enemy fire and communication, while enhancing the effectiveness of Federation ships. The design of two powerful forward facing multi-purpose devices (simply called „antennae”) were designed to emit a vast selection of energy and particle beams, that gave the commander of these vessels an arsenal of special applications. These ships were built only in small numbers, but remained in service until the end of the Dominion War. 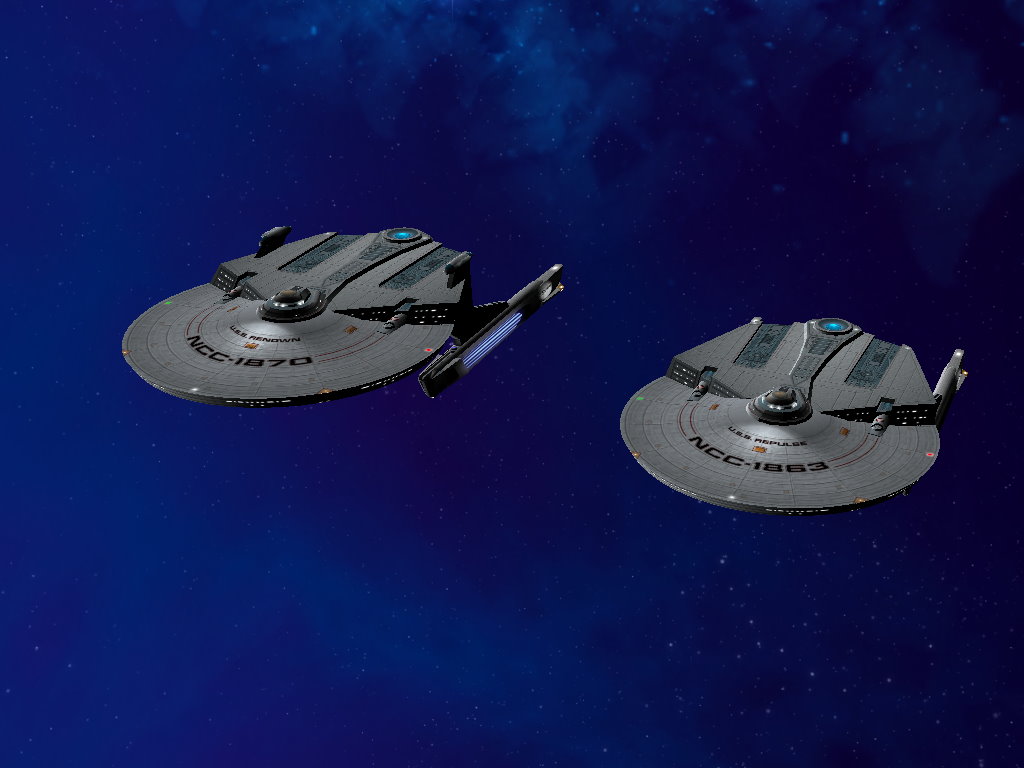 The Lantree was the only ship that went through a second major overhaul during the 2330s. The basic light cruiser design was enhanced by a pair of tower-mounted phaser bem emitters, giving the ship a much enhanced phaser coverage, and this the Majestic sublcass was born. While other Lanree variants slowly retired form active duty, the Majestics continued to serve for the next two decades. 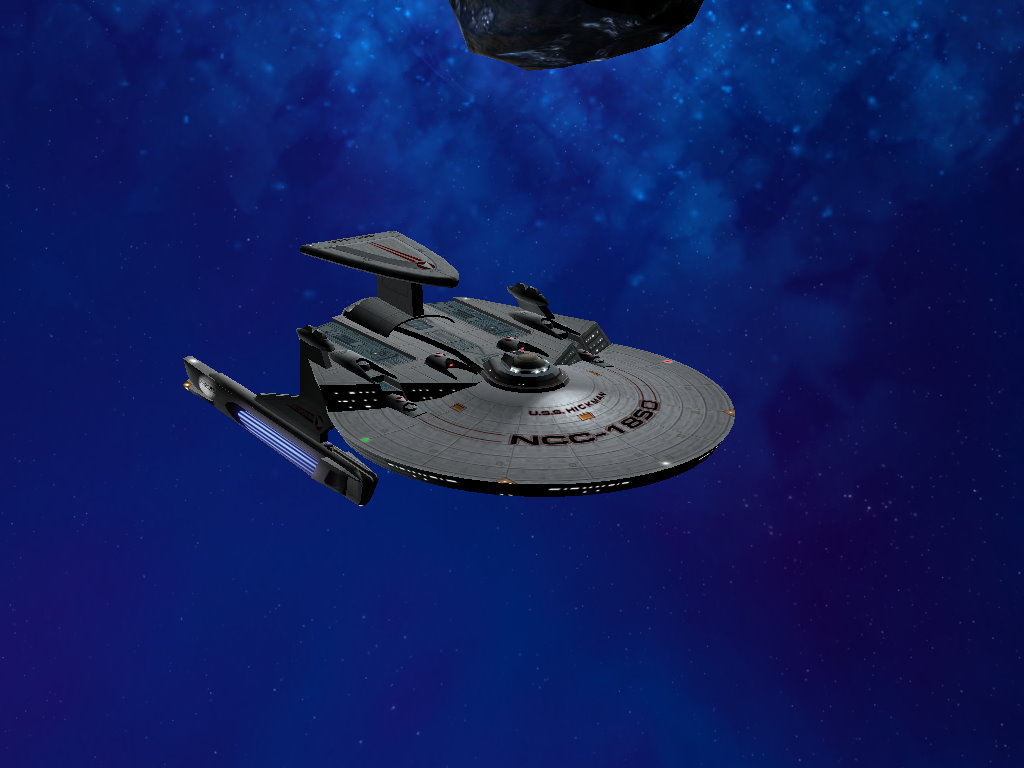 The last variant to be introduced was the Antares Class. Designed in the late 2310s this class was originally intended to be used as a testbed for the multipurpose tower-mounted mission pod later used on ships like the Apollo, the Nebula or the Luna Class. But as sometimes happens, the testbed was successful enough for Starfleet to build a series of them. The Antares Class starship was equipped with four forward facing photon torpedo launchers, and its distinctive badge-shaped mission pod was used bot has an enhanced guidance system and a powerful sensor array. These ships were until the end of the Cardassian War as strike ships, emphasizing their combat capabilities, and later they were assigned to frontier and military outposts where their main role was to conduct deep space scans and intercept incoming ships. Antares Class ships served as the outermost defense line of starbases during the Dominion War.

Enjoy the COVID-free summer, before the 4th wave breaks in captains! Stay safe!

Nice to see all the existing Miranda variants. But how about the Reliant concept, the one upside down with two torpedo launchers on the bottom as a 7th variant or a prototype?

Btw. how does the Surya class looks like? I'm not familiar with this kind of class.

Well, I just love the Miranda more than the Reliant concept :)
The Surya is the light cruiser from the TOS Era, the one that looks like a Lantree, but with TOS nacelles and saucer.