Today the Battlefield 1918 development is happy to reveal the first images and trailer for Battlefield 1918 V3.3! With this new update are improved early uniforms, new weapons, and new maps!

Greetings and welcome fans of Battlefield 1918! We here of the Battlefield 1918 development team have been at work to make the upcoming V3.3 update become a reality and today that reality comes closer, as we are proud to reveal the first new features you can expect from 3.3!

Since the next update will focus on the early war period of 1914-1915 specifically, our first order of business is to show you the new and improved early war uniform designs available to the French and Belgian forces! 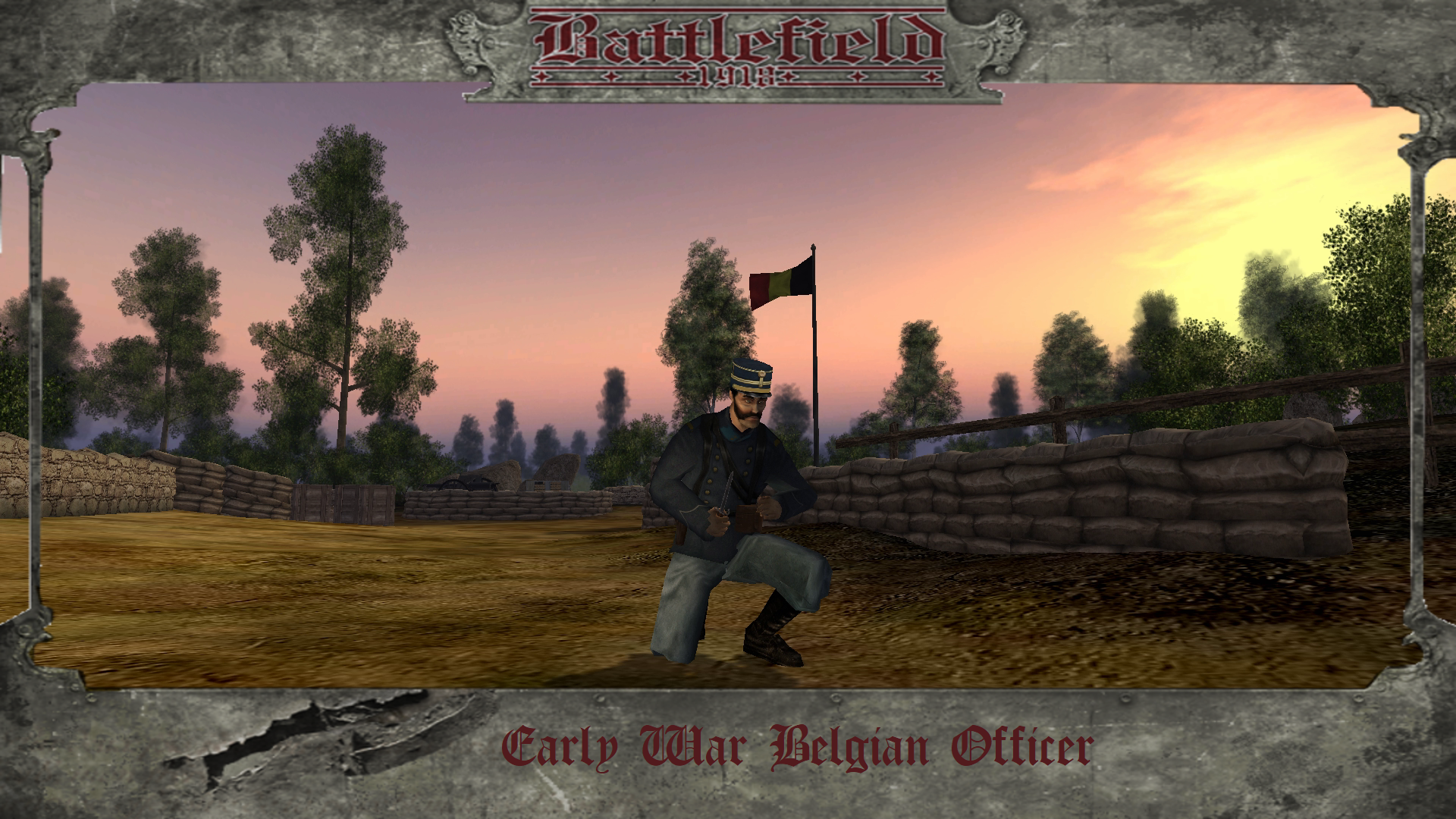 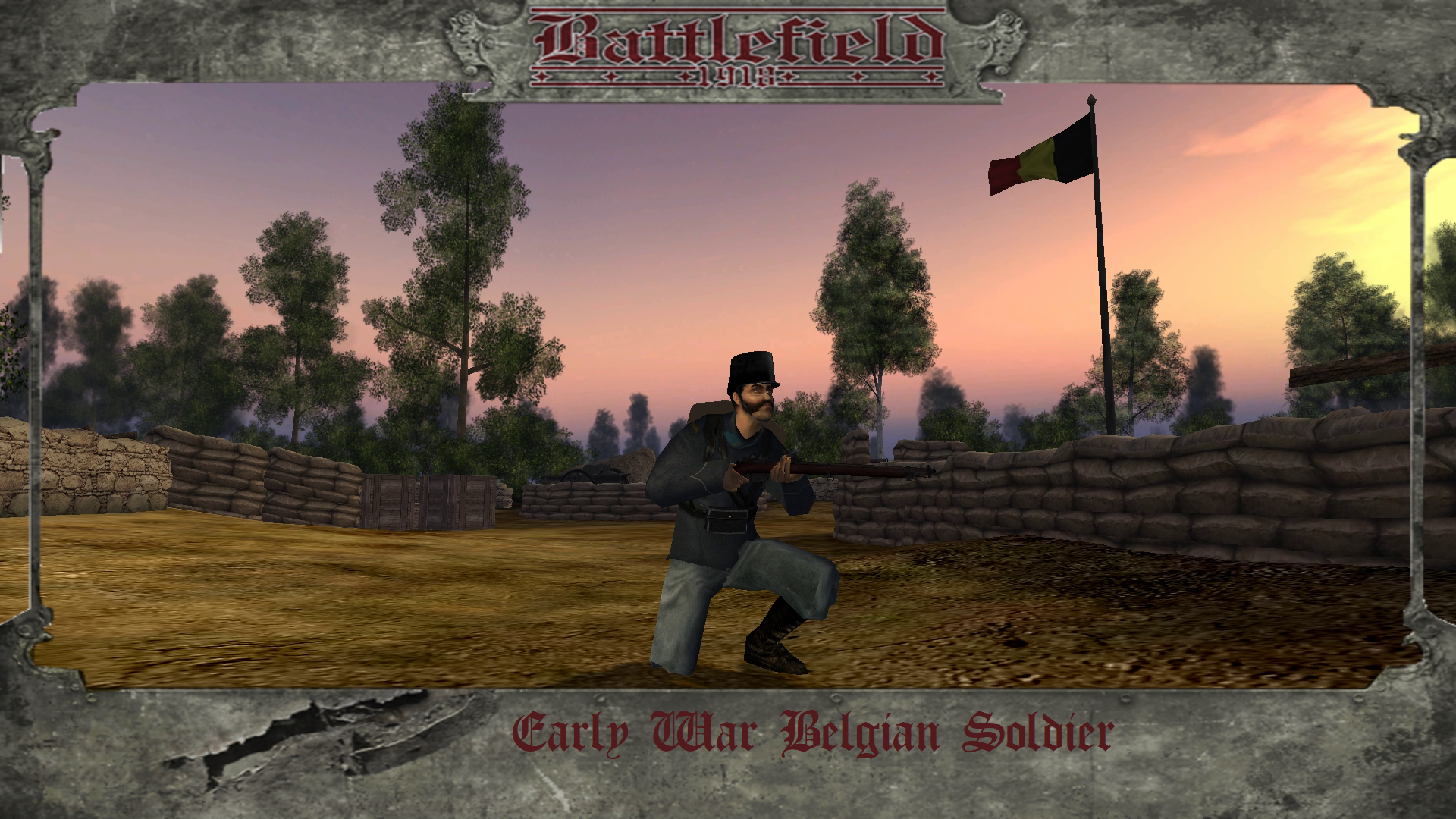 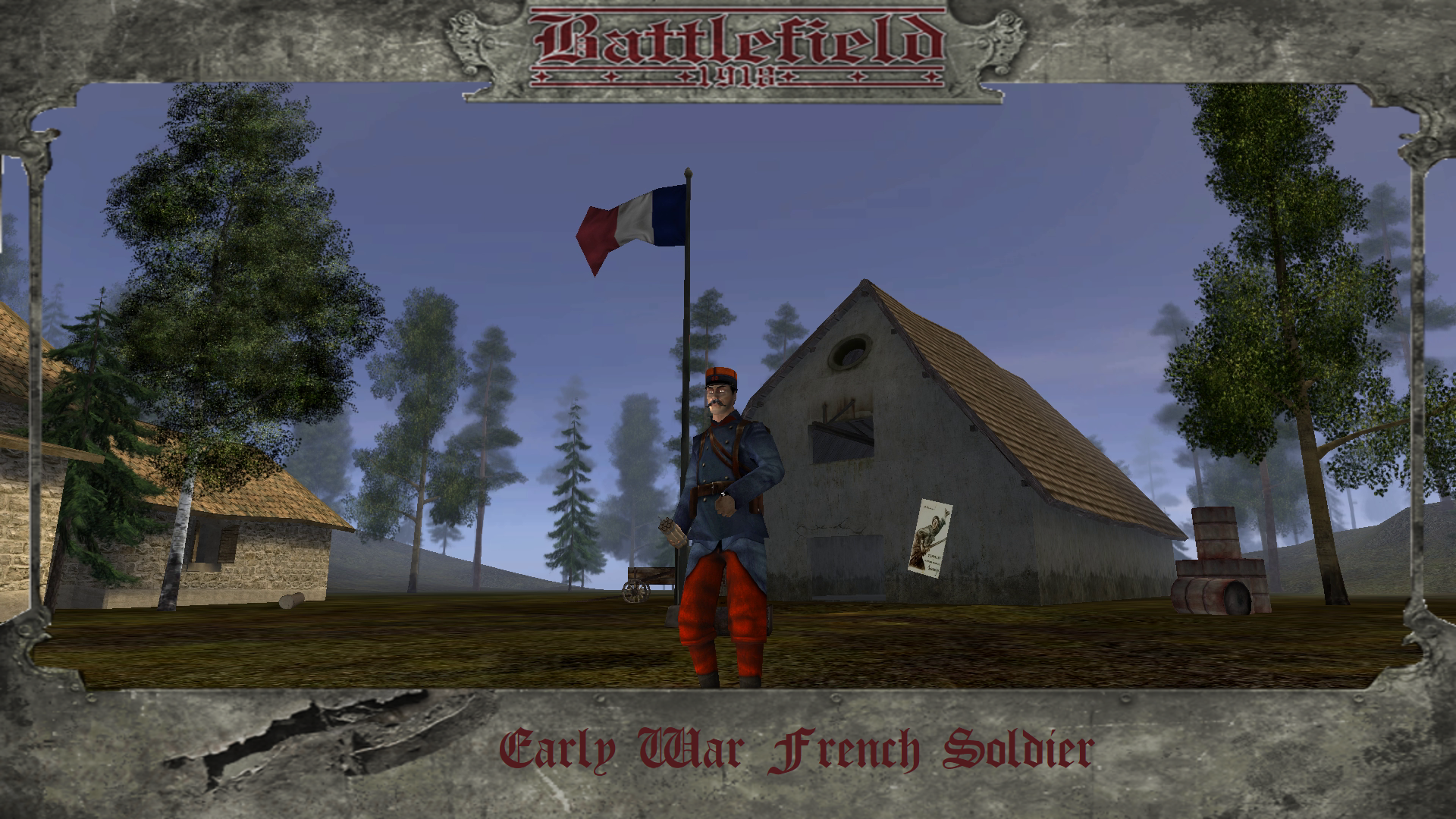 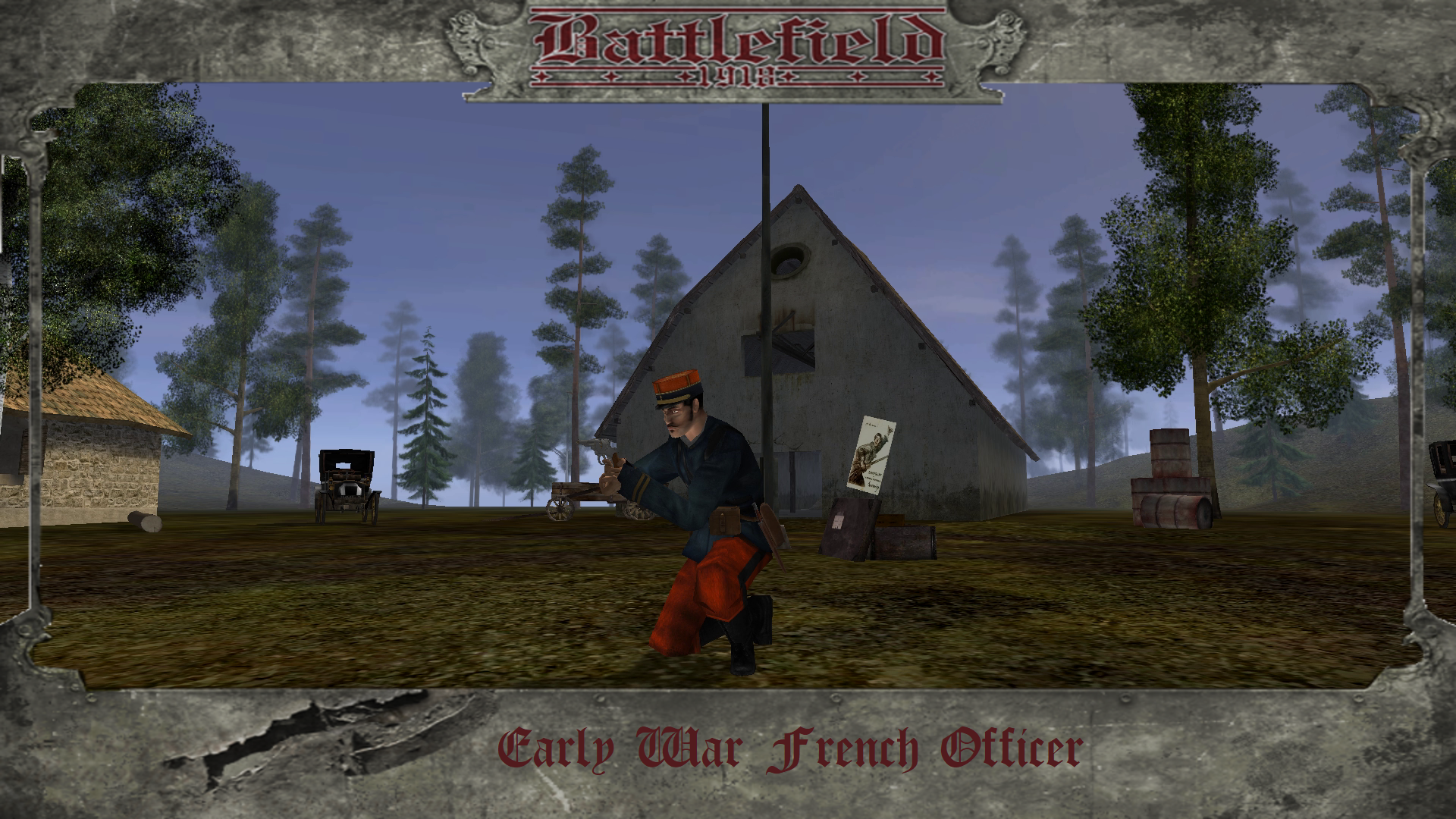 As you can see the uniform designs of both of these nations changed greatly during the course of the war for both enlisted men and officers. However, something a few with a keen eye may also spot is the fact that the French officer is holding a new weapon, specifically the MAS 1873 that will be available as a new early war weapon. Historically, this revolver was meant to be replaced by the Modele 1892. Despite this, the MAS 1873 would remain in use during both World Wars by french forces.

Of course, the french are not the only nation to receive a new early war revolver, as the Germans will now have access to the M1879 Reichsrevolver! 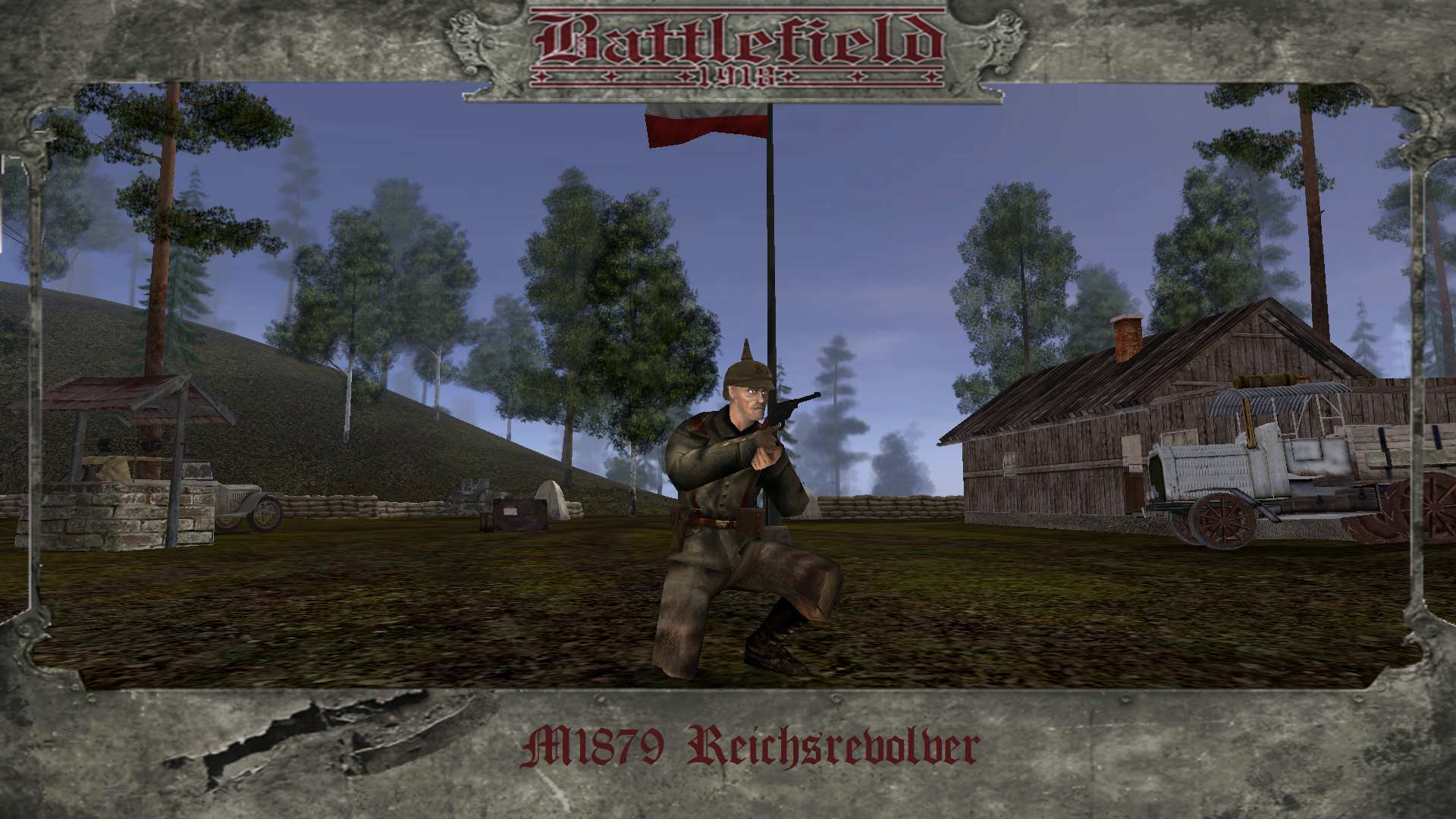 This weapon was the standard issue sidearm of the German forces until the introduction of the Luger. That said, it was still a common site on the battlefields of the First World War. Speaking of which, we are also happy to showcase one of the new maps that will be introduced in 3.3, specifically Suvobor! 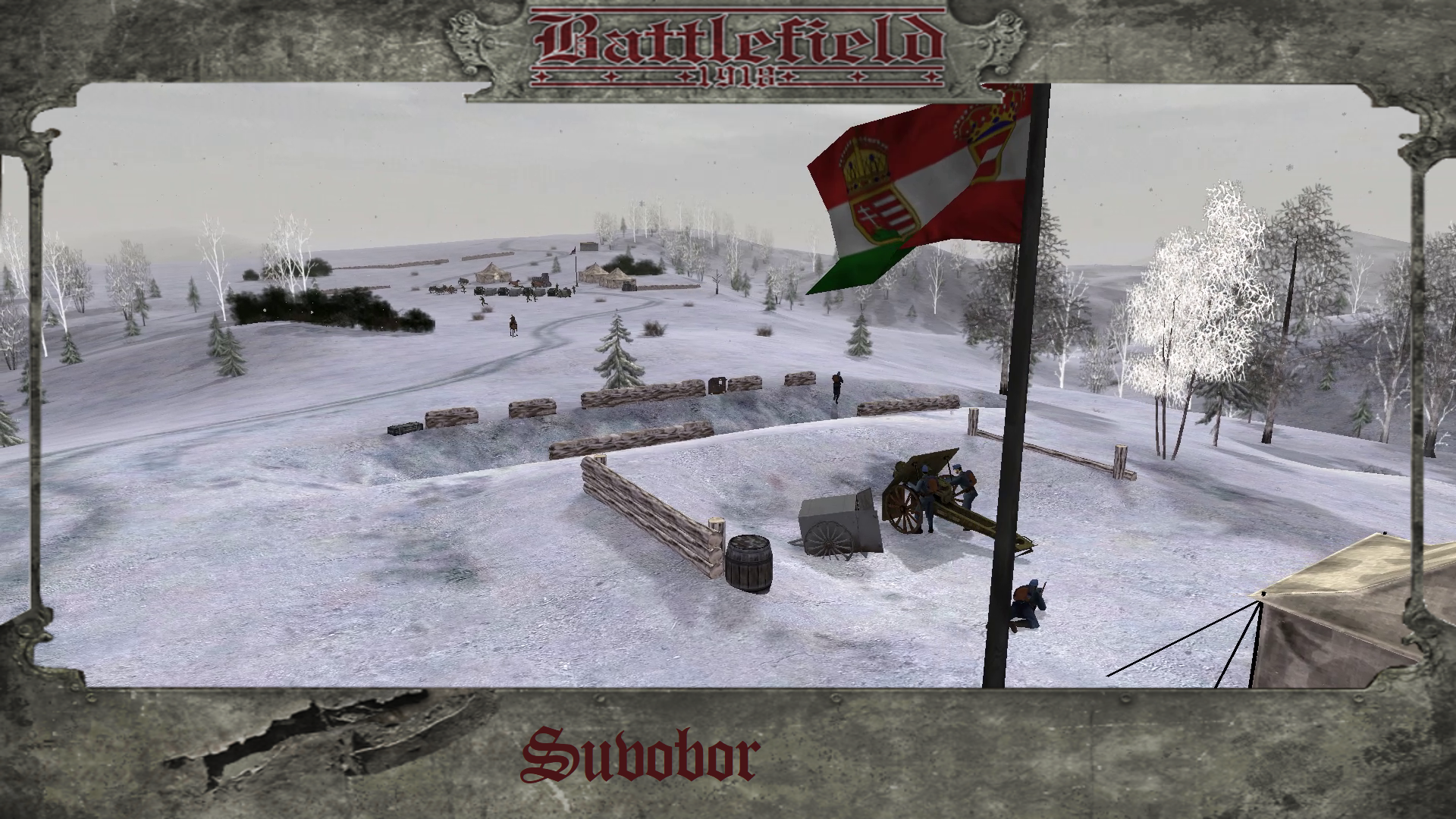 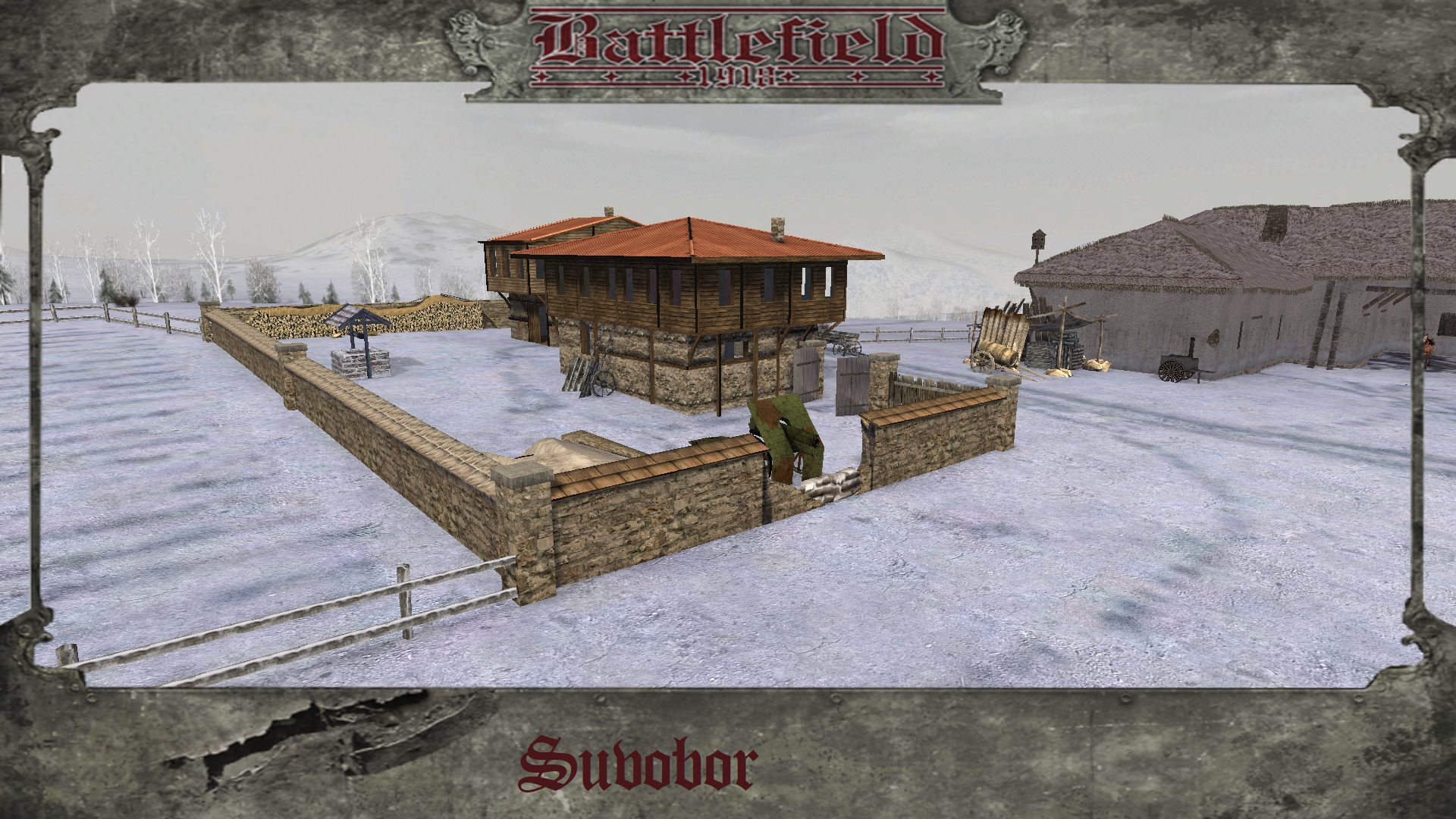 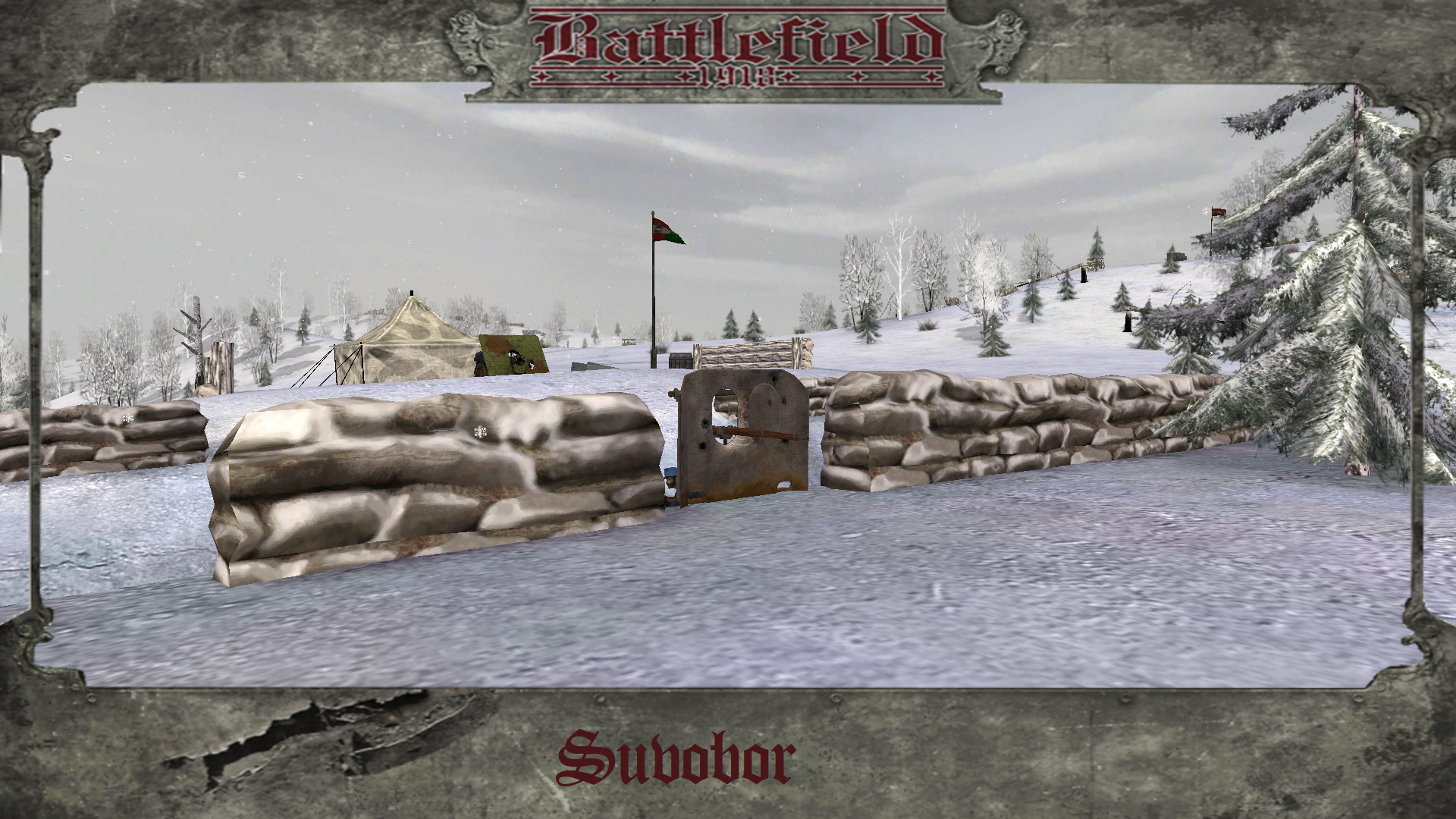 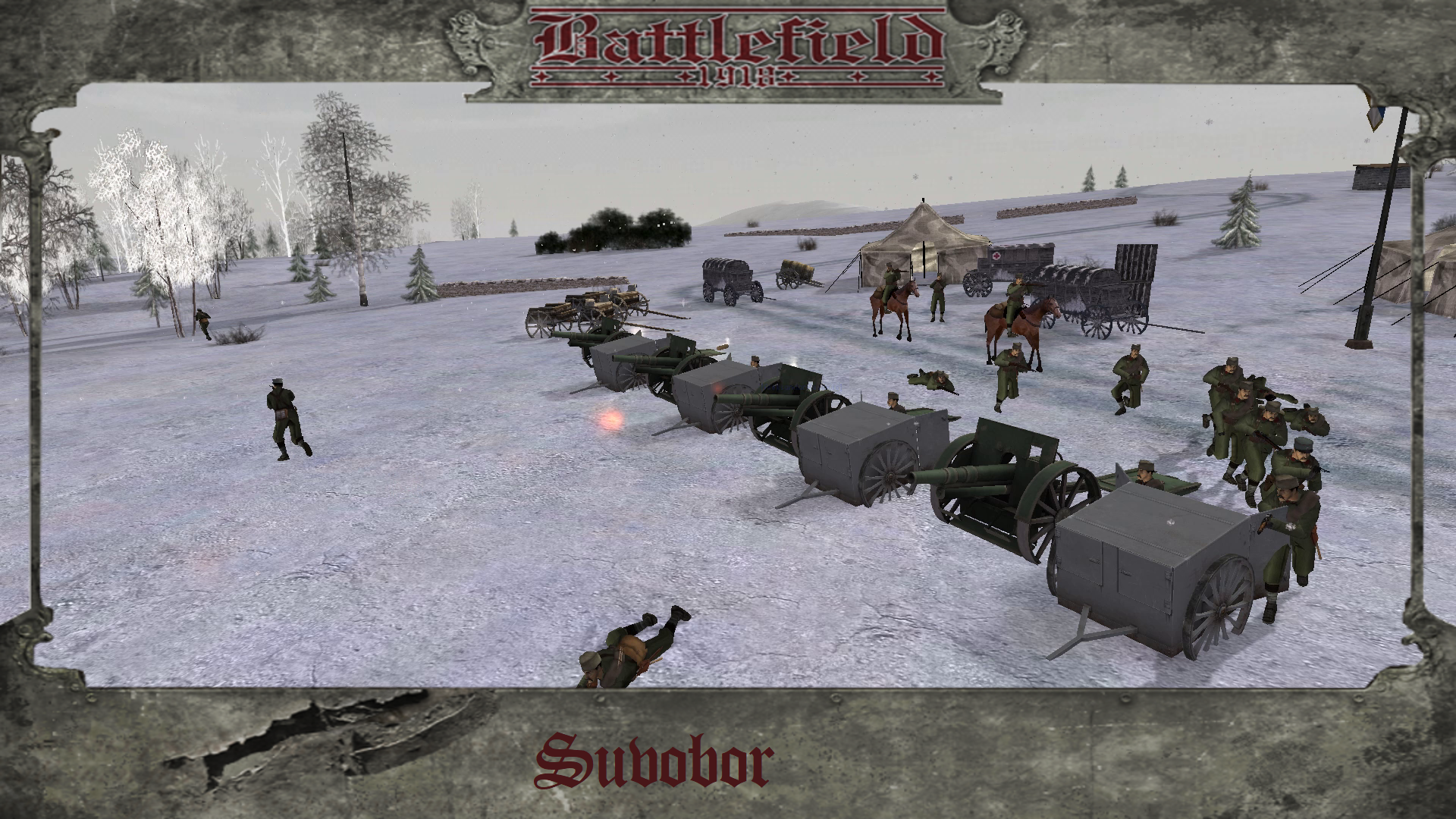 Fought over in December of 1914 by Serbia and Austria-Hungary and as part of the larger Battle of Kolubara, this engagement would see the Serbian forces launch successful flanking maneuvers against their imperial foes. The breakthrough at Suvobor mountain would be the moment the tide truly turned during the 3rd Austro-Hungarian invasion of Serbia in 1914.

With all this said it is time to bring up the final piece of news, as a new trailer has been made showing some of these new features in action. We hope you enjoy and of course looking forward to seeing you all again!

Incredible job at those uniforms! This mod only gets better, thanks for the effort. Now a few suggestions:

- Now that you're focusing on early WW1 you could perhaps revise vehicles and guns showing up early in war (such as Renault FT-17 tanks in 1914, etc.). This will change dramatically gameplay and maybe even balance on maps, but also will give early maps a different flavour and depicts early WW1 warfare better (WW1 itself changed dramatically from 1914 to 1918, so it'll be a nice idea to give that experience to players).

- With the above done, i'll suggest organizing maps by month/year (as in BG42) so that way it's easier to create MP campaigns and pinpoint specific maps with specific technology. Also by doing this, it'll be easier to note underrepresented era/battles/fronts, so future maps could be created efficiently.

I know all this means LOTS of work, but these are mere suggestions. While i'll be great if this can be done, i'm not demanding any of this to get done, it's always up to you. Cheers and thanks again!

Thanks for your feedback. We try to do our work as much as possible qualitatively.

Regarding compliance with historical certainty, here we have a certain opinion. We will observe historical features in new maps, but not in all old ones. As you said, this can dramatically change the gameplay, and the strategies built over the years can be destroyed. Therefore, we are afraid that this will scare away the old players. But we still plan to remove all historical inconsistencies even in a single player game. As for the tanks on the early maps, I remember only the "Battle of the Vosges". And I want to say that it is a big mistake to talk about this map as early period of war. The description says that it was a series of battles from 1914 to 1916, although given that they use ft-17 tanks, I would add one more year- 1917. Other "early" maps with tanks, I do not remember.

With regard to adding dates to the names of maps. My comrade categorically rejected this idea, so we came to a certain consensus. I began to indicate the year and month of the event on the map preview. In addition, I added the flags of the opposing factions on this map. Therefore, now it has become easier to navigate the desired time and side of the conflict and do not have to play a guessing game.

In addition, I want to add a full-fledged campaign for both sides to the mod. With historical background and maybe even with own storyline. True, as you said, this will take a long time. But I hope that you can wait, as I waited, until I got into the 1918 team :).

Its so epic to see old mod coming back with new content! Also campaign idea is amazing! I have just one question: Dont you think guys that Battlefield 1942 is veeery old game, it have almost 20 years and modding it when you have idk battlefield 2 or some newer games... I think it is just wasting your potential

Thanks for your feedback!
If we talk about the transition of the modification to the Battlefield 2 engine, then I’m sure to say no. Not on our shift. The fact is that the transition to a new engine requires a lot of effort, we simply do not have them. We can maintain the modification on "the old" engine for several years, but in order to do it on the new one, we need to relearn, we need to do many things from scratch, without which we can’t think 1918. We don’t have time and desire to relearn, so we will continue to support the engine 1942. Moreover, not everything is implemented on "the old" engine. If a some team appears, ready to work on 1918 on a new engine, we will only welcome this.
And if we talk about age, then 1942 is more alive than all living things. For example, FHSW mod. It is now very popular in Japan.
It’s not that the engine is old, the fact is that not all computers can work well with new engines.
P.S.:And on the 20 anniversary of this wonderful game we will release a wonderful addition that no one expects.

Hmmm Im sure bf1942 and bf2 have the same engine: Refractor Engine, and yes most of modern pcs dont work well with bf1942, for example higher resolutions dont work with vehicle sights and they look bugged. Hmmm, you mean that not all computer can work well with old engines? Cause I think that most computers work well with new engines.
Ohhhhh I have to wait 2 years... but I waited so long for new bf1918 update that I can do this. Im curious what it might be... Anyway it will be epic if you guys are doing it.

On the contrary, I mean people whose old computers and Battlefield 2 do not work so well. Yes, such people exist and there are many of them, so we can’t ignore them. With regard to modern requirements, we try to comply with them and correct such problems as they arise.

What makes a steam locomotive work?

When heated the water turns to an invisible vapor known as steam. The volume of water expands as it turns to steam inside the boiler creating a high pressure. The expansion of steam pushes the pistons that connect to the driving wheels that operate the locomotive.

2.By spreading the coal evenly throughout the firebox the fireman creates a level fire above the grates. Air flows up through the grates allowing the coal to burn hotter. The hot gases released from the coal flow forward through a series of flues or tubes to the front of the locomotive.

3.Water surrounds the outside of the firebox. Heat from the burning coal turns water to steam which rises to the top of the boiler. The area surrounding the firebox and tubes is the steam generator of the locomotive.

6.The pistons push or pull the rods connected to the drive wheels providing the force needed to move the locomotive.

7.The steam is exhausted through a nozzle and up through the smokebox into the stack. This action produces the "chuff chuff" sound heard when the locomotive is moving. A vacuum or draft results pulling air through the firebox grates to induce combustion of the coal. Both exhausted coal smoke and steam travel up through the stack.

I think you have the wrong section. Train simulator two blocks above.

Thanks for the game. very interesting mod