Some enemies now have different hit animations depending on the attack direction, and it feels better.

This is Dev Blog #4 including V.0.7.9a patch note. We focused on improving the game and Steam Store Page rather than adding new content last week.

Some enemies now have different hit animations depending on the attack direction. Take a look at GIFs below.

The reaction has been reinforced, and it feels better. Also, it emphasizes the directivity what our game features. Only human-type enemies currently have these animations, but we hope all enemies have them later.

In addition, we have refined the game a bit, including tutorials. Usability has improved, and overall balancing has also changed. 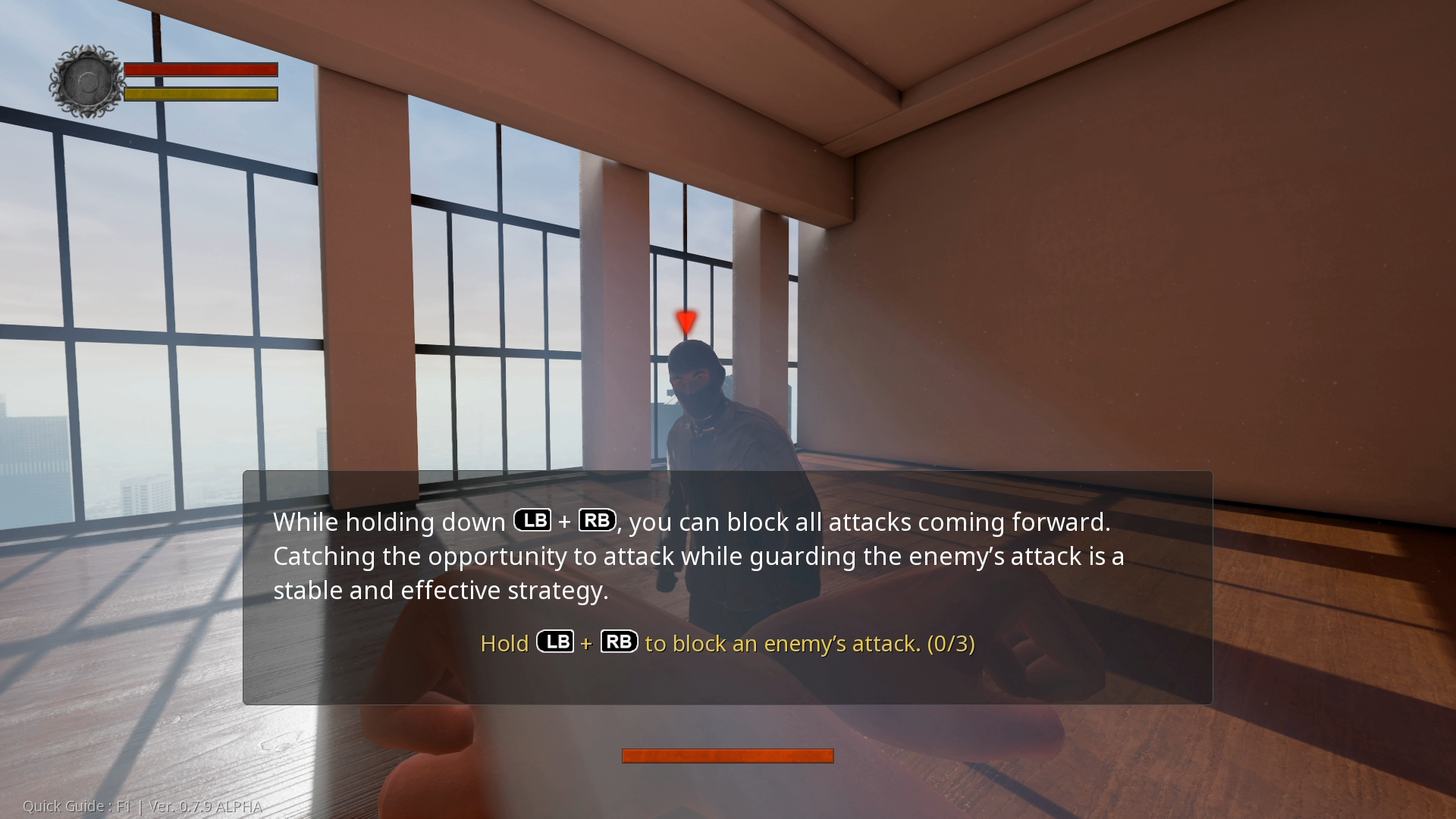 Polishing the Steam Store is something that we have been postponing for quite some time. It involves changing the game logo and description so that it can describe the game better. The logo has already been applied to the Store, and the description will be applied at the beginning of the upcoming week as it is in proofreading.

We told you about the engine update plan on Dev Blog #2, but it looks like it has not been fully stabilized yet, so we have decided to shelve the plan. We will share it with you once we have a plan again.

All of your comments are a great help to us, as always.
Thank you!

Those are solid improvements! Good job!