The Survival and Strategic layers are completed and working as intended in the game.

Your base in Urban now has a fully functional survival industry with a complete development tree. It is based on building blueprints that carry a cost in workers and raw resources (the shelter already has a few old facilities, those come pre-built).

The new industry produces resources directly needed to keep the general population alive, healthy and happy but also defensive upgrades that increase your shelter’s survival rating. You also have workshops that can mass fabricate stuff that your team needs in their adventures (beside your own “backpack crafting" possibilities).

Some of these will require to be staffed with workers and it will be up to you to balance the allocation of the workforce between the scavengers teams sent out to harvest raw materials and those hired to work inside the walls. 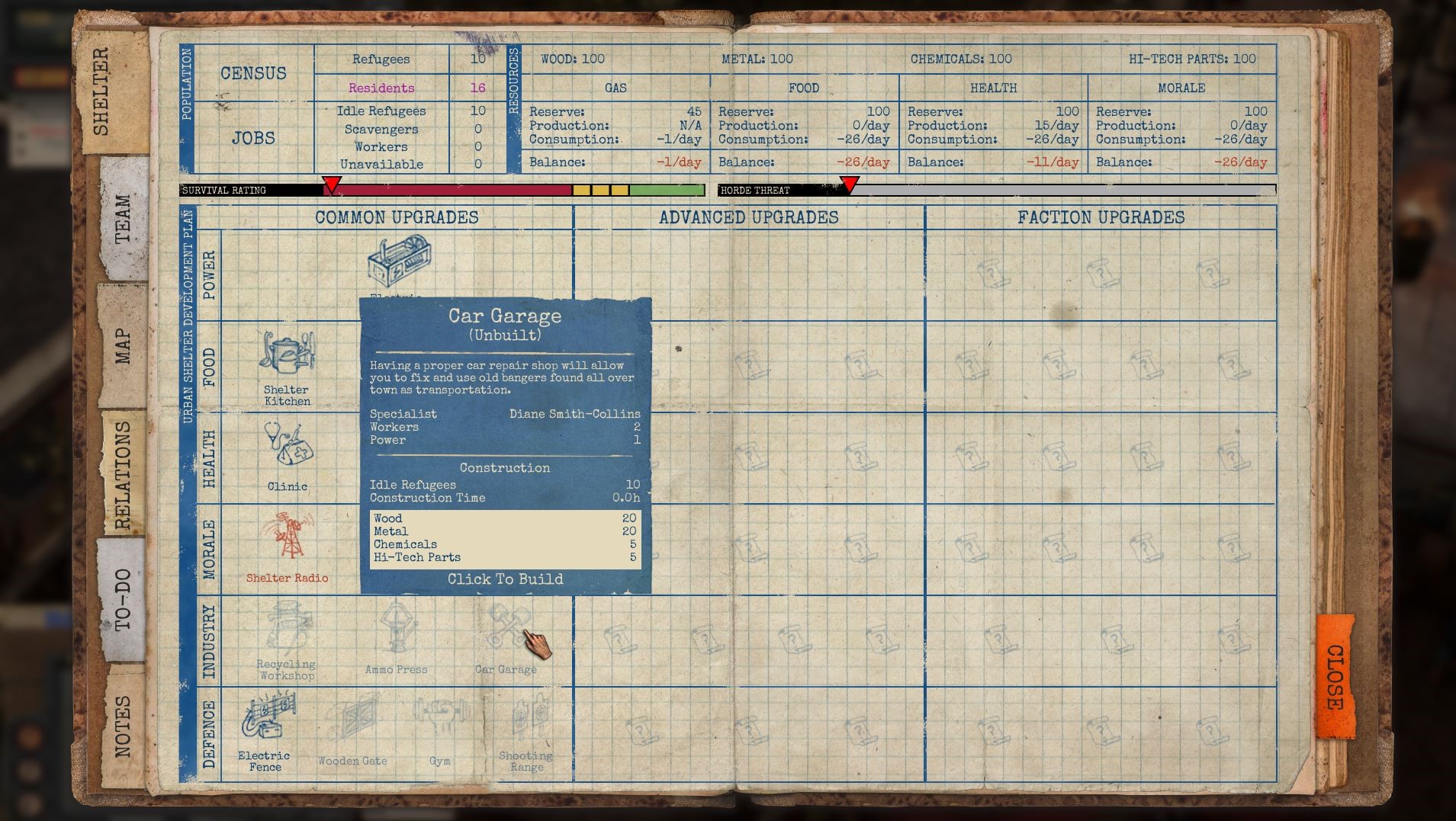 Blueprints can be found through RPG, exploring the city and/or you can acquire them from your allies, when you manage to befriend a faction. Two thirds of the plans are free to unlock as an independent settlement (a third is actually already unlocked, just not built yet).

With a survival industry you need proper consequences for that sense of impending disaster an apocalypse needs to feel real. Don't worry, you won't miss the signs. You will get advance warnings from the civilian population when something is about to go wrong.

But if you ignore them and allow the shelter to go into deep red, you will pay the price and generate a crisis situation. Then it's all about how long you take to solve the crisis. The longer you take, the harsher the penalties/damages will be. Fail to recover before the deadline and your hopes and dreams to save humanity will be savagely crushed. 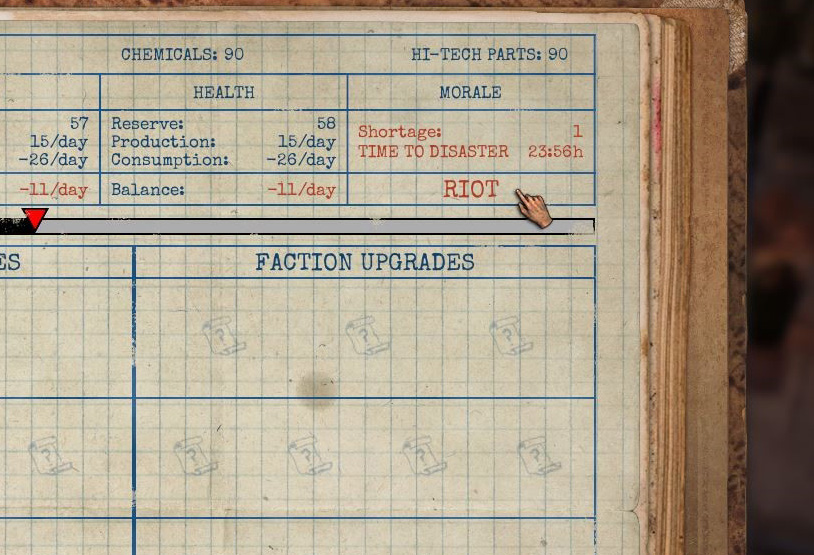 In the post-apoc Urban, the powers-to-be are aligned under the leadership of three major underground leaders, each with his own view on how humans should spend the few remaining days on Earth. We have explained previously the differences between their beliefs. One more thing to note is that the benefits you get as their ally are quite different too - and the tasks they require from you as well. 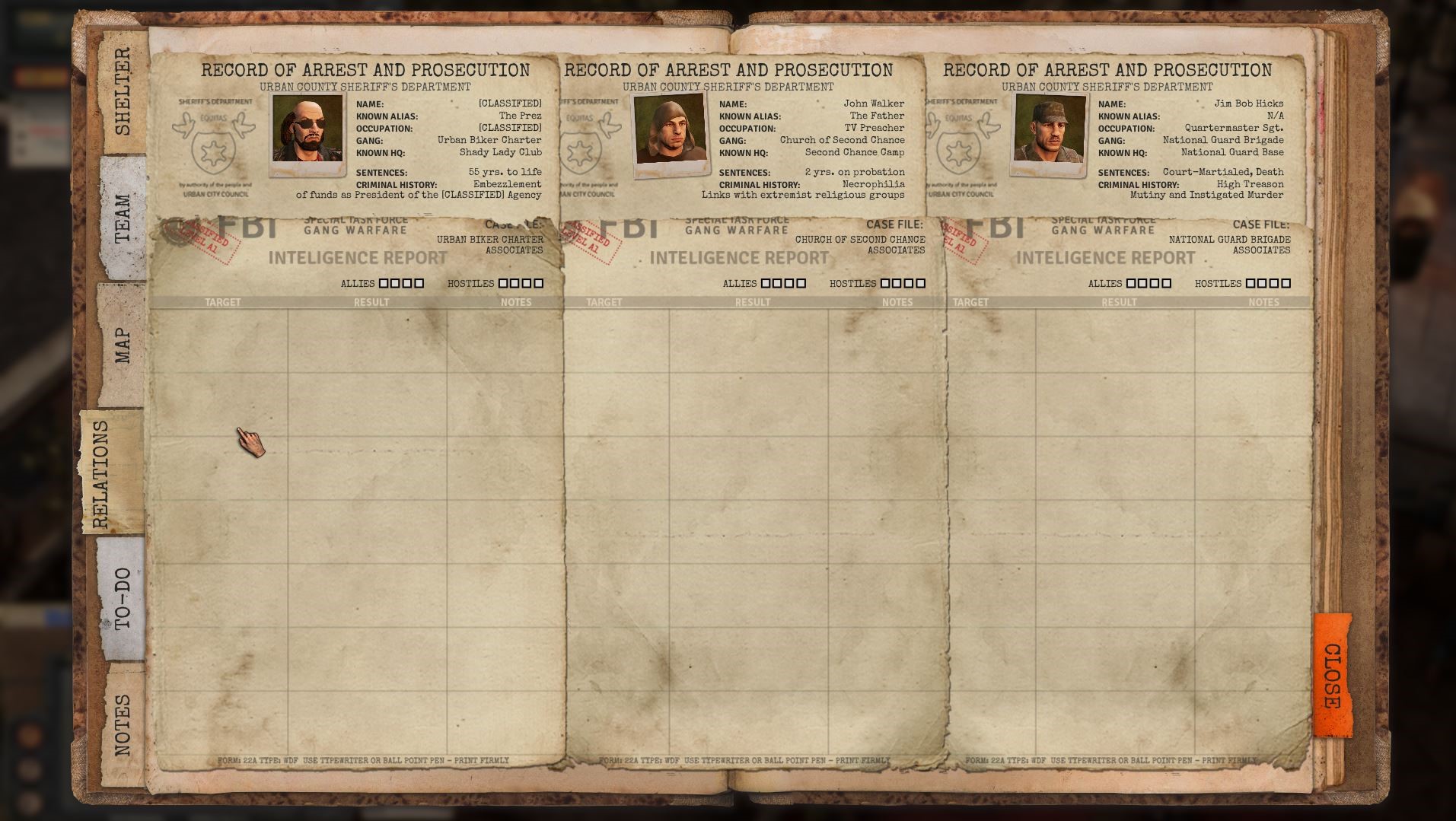 As powerful as these figures might be, reigning in an apocalyptic society is more about shrewd alliances than steamrolling everyone. Thus their influence comes from their acolytes, the local barons and warlords that hold & defend the actual territories and resources. These lords will be the ones that you will first come face to face with, before you’ll get anywhere near the faction leaders. The way you deal with the local chiefs will determine if they’ll consider you a friend or an enemy. If you manage to gain the support of a majority, their faction will become your ally. If you aggro too many, the faction will declare war against the Shelter and you will become KOS in their territory.

The benefit of having a strong faction as ally will become evident once the threat of the main zombie horde will creep closer. With hard work & sacrifices you can fight off the undead alone, of course. Yet an ally will allow your Shelter's scavengers to gather raw materials in peace in their territory, their traders will have a more generous inventory on offer and they'll reward your allegiance with unique rewards in items and blueprints.

Finally, taking one of the main faction as ally will also bring a specific theme to the new world you’re building, so you might want to go on a few test runs before committing to riding with a bunch of drunk bikers, worshiping the undead or making friends with army drill sergeants. 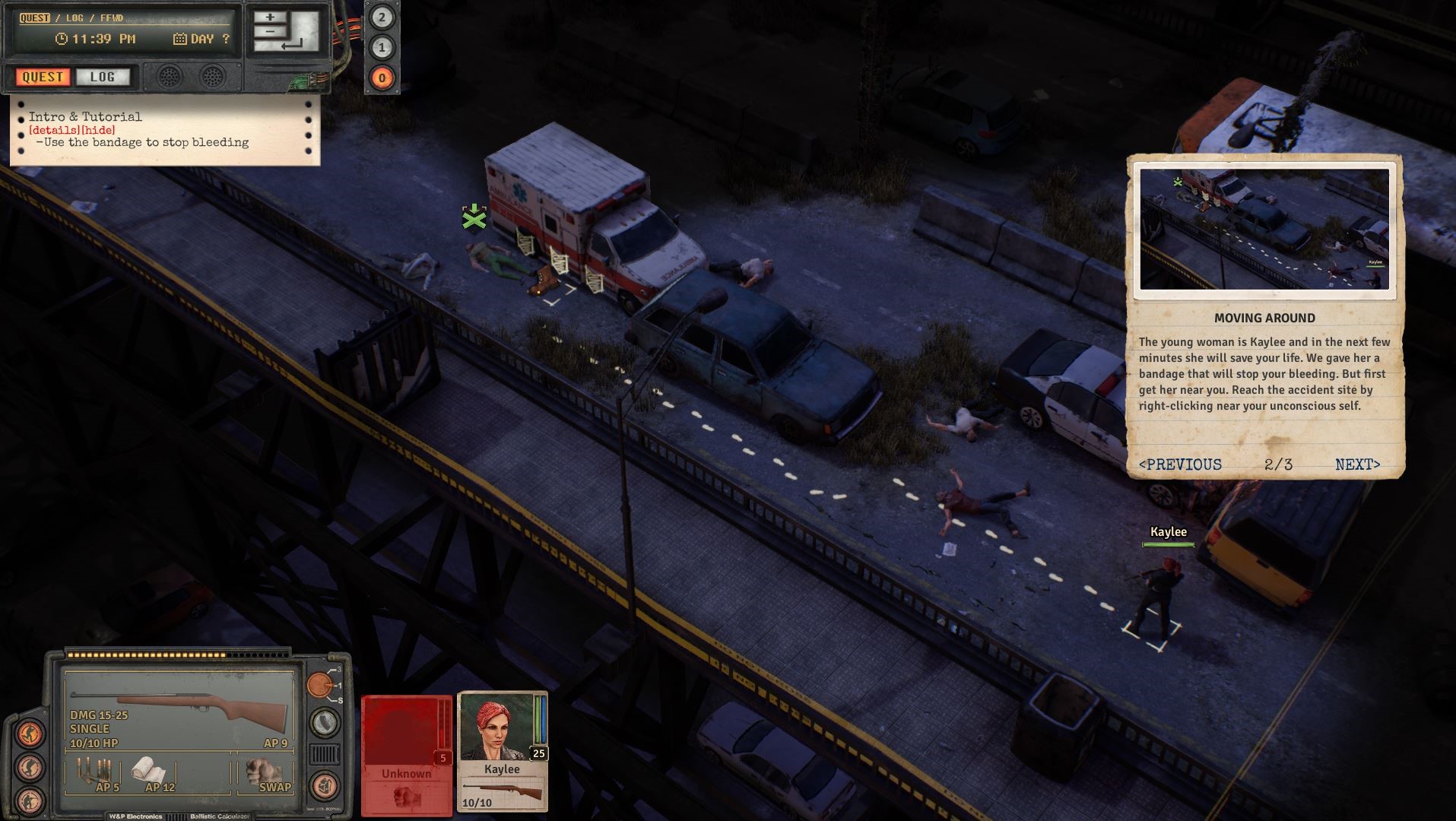 You will start the game in a micro tutorial level, that will both introduce you into the story and teach you basic gameplay elements. Just follow the instructions in the new Help Widget. This widget will show up each time there are new elements in the game and offer quick help to the new players. It is not game blocking and you will be able to close it once you have acquired enough experience.

We felt the need to speed up the dialog delivery so we implemented a new system with a single output for the player (previously after you made your choice at the bottom, you had to read the full dialogue text over your avatar's head, on the scene). The new system distracts you less and also reduces the workload for future game localizations.

We have already shown these new graphic assets on our social media and they got a very warm reception so they are worth mentioning here too. Our vehicle collection has been expanded with an iconic RV and the lonely zombie males now have an accompanying set of lovely zombie ladies with a matching appetite for human brains. 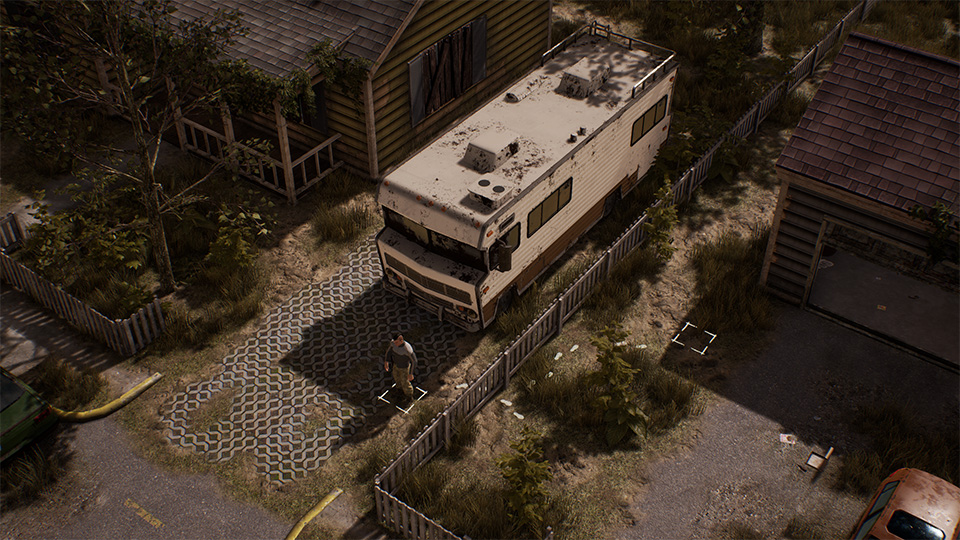 We are reworking all our main HUD elements for 4k resolution (instead of upscaling them) for maximum viewing quality on high end displays.