It is time to talk about an important feature of our game,upgrading your weapon. We will also cover some history about the fabrication of the Katana.

Today I am going to talk about an important feature of our game… Upgrading your Katana, but before entering in the subject, I would like first to introduce some history concerning the fabrication of the Katana. It will be too complicated to describe all the parties which compose a Katana or to explain its historical evolution through the age, that’s why instead; I will just focus on the people involved directly in the making of this weapon.

If you want to learn more about the most effective weapon ever created, I suggest you to check those Wikipedia articles: 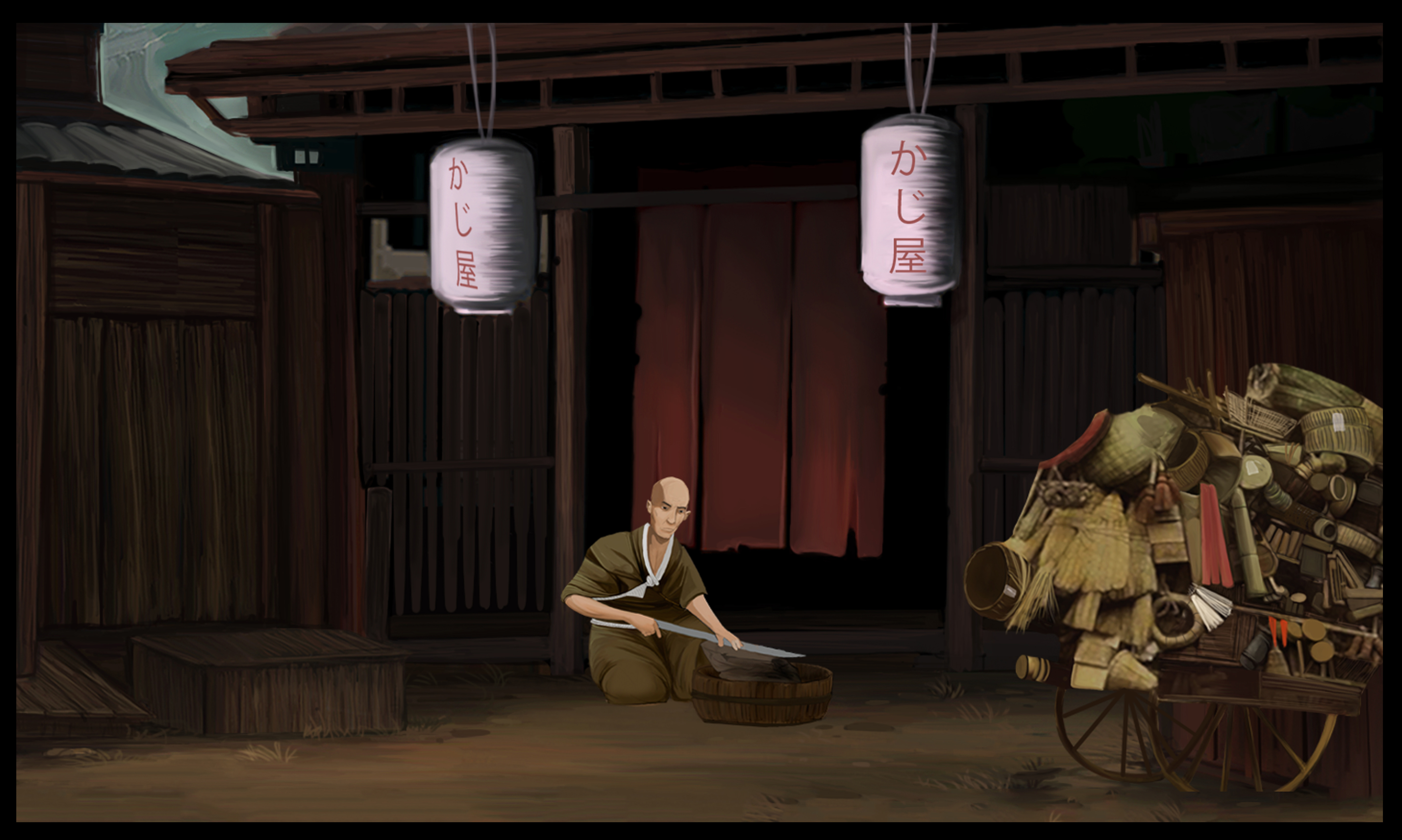 We call the master craftsmen who forged the blades of Katana '' Tohsho '', they don’t need so much time to forge a blade, and it’s usually takes one month to do so. The blade of the Japanese sword is traditionally forged from a raw steel (tamahagane) transformed into composite steel.

The katana is a saber of more than 60 cm, symbol of the samurai’s caste, it is carried slipped into the belt (Obi) edge directed upward at the belt on the left.

As you may not know, to create all the parts of this weapon requires several people. Its manufacture needs many old techniques mastered by four highly skilled artisans who follow each other in its creation.

By order of social status and technical qualification, they are:

a) The Blacksmith, forges the blade, he often belongs to a very old school and is helped in his task by one or two assistants who are also his pupils.

b) The polisher (Togishi), intervenes in the shaping of the blade to reveal its original form. He specializes in polishing techniques, but also in the history of blacksmiths and his traditions.

c) The guard blacksmith, his craft became more important and artistic towards the 17th century, indeed the evolution of the guards(Tsuba) both in their forms and in their decoration required a meticulous work.

d) The assembler, being the last step in the manufacture of the Katana, he takes care to assemble the different parts of the weapon to form one.

2-Upgrading your weapon in the game.

When you will arrive in a village, you can be sure to find a blacksmith (Tohsho), each blacksmith sells different pieces who are part of Katana, the quality of the pieces depends on the experience of the Tohsho, the more he is skillful the higher his articles will be. Each piece is unique and allows you to improve your characteristics (attack, defense…) and/or your fighting’s skill. 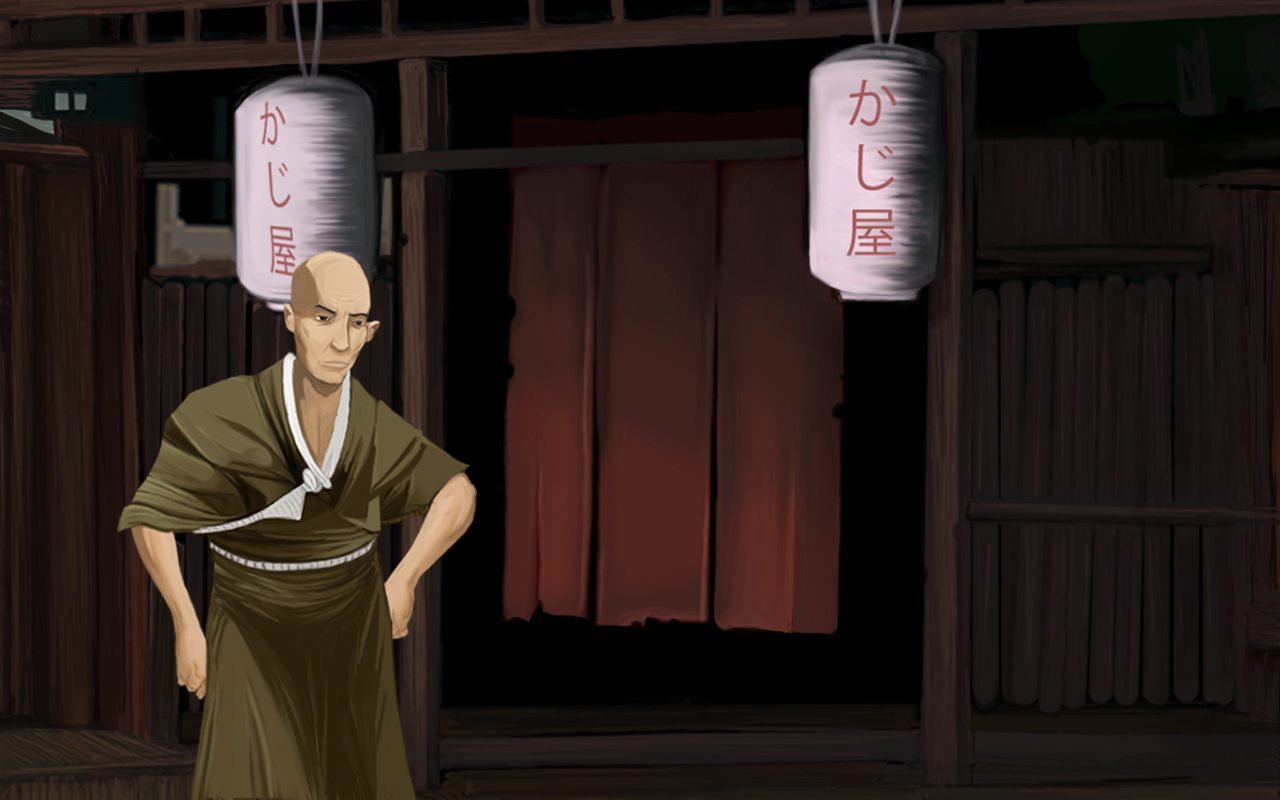 - Habaki, Its role is to keep the Katana blade in its sheath. It also absorbs shocks caused by impacts of
blows given and received. In the game, it will increase your guard effect rate (+ GRD)

- Tsuba, On a Japanese weapon the guard is called '' Tsuba '', its role is to protect the hand and to
prevent it from slipping from the handle on the edge of the blade. Increases defense (+ DEF).

- Tsuka, refers to the handle of Japanese weapons. Increases your attack (+ ATK)

- Sageo, is a braided cord of cotton or silk, which keeps the sword in his belt, it can also in some cases be used to tie up an opponent, including criminals. Increases your experience rate and your agility (+ EXR, +AGI)

-Saya, Is the sheath used to protect the blade of the Katana; it must be created with great meticulousness. Increases significantly the experience rate (+EXR)

At the beginning of the game, in the menu ‘’Katana’’ you will start with one slot, each 3 level you will gain a new slot to improve your Katana for a total of 12 slots. Upgrading your weapon is the key to take advantage on your opponent. Think carefully and you will be close to the victory. 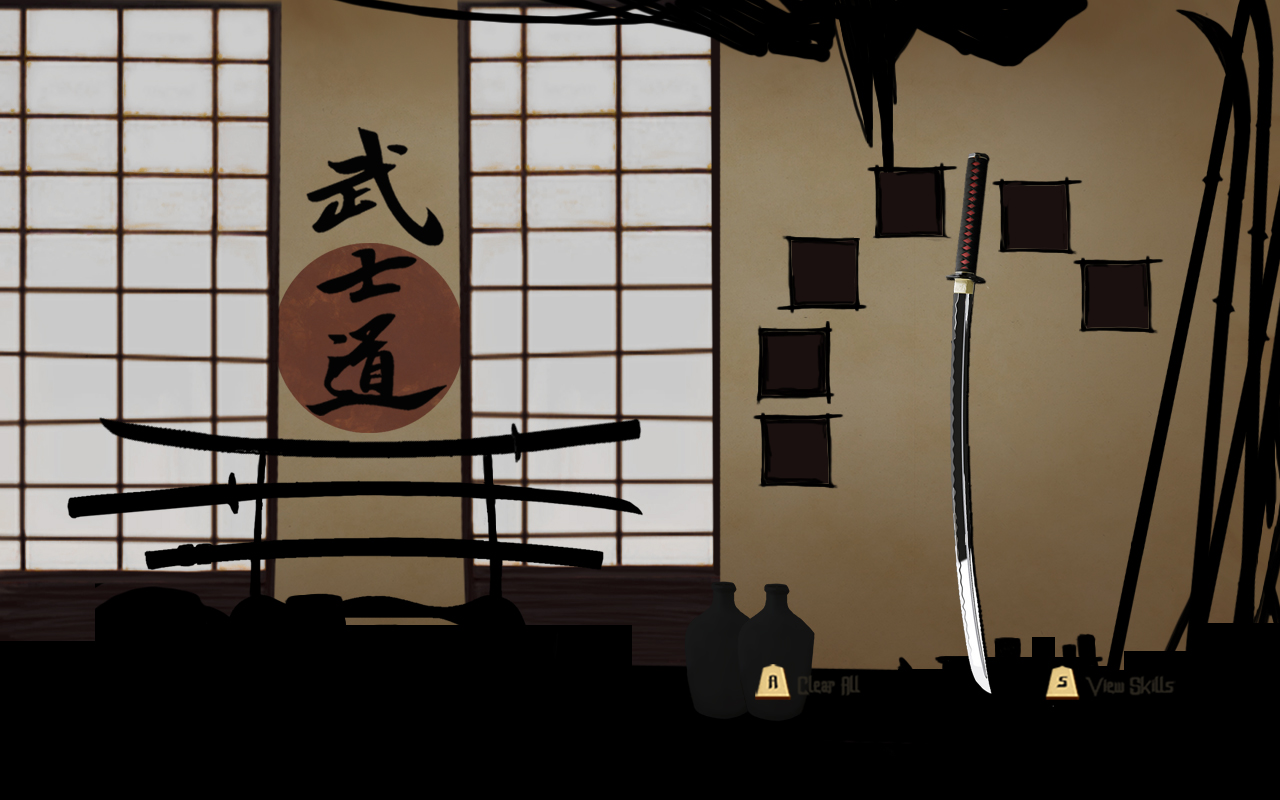 Thank you so much we are working hard on it :)