Post news RSS Upgrades and Unlocks, and Weapons, oh my!

Here's some info on what we've been up to lately and where you can find us!

LEGENDS OF THE BRAWL UPGRADES TO UNITY 2017 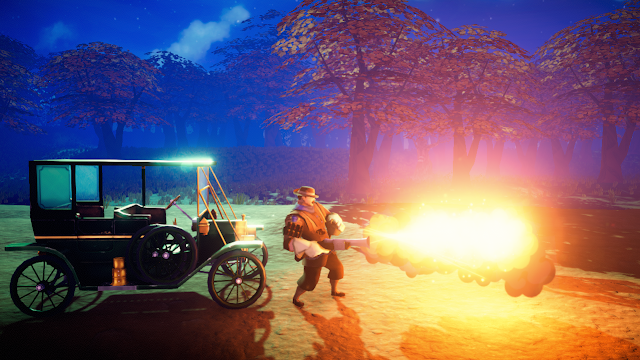 Teddy defends against the darkness

Unity's new version 2017 adds a bunch of new features and effects. Above you can see the great new post process lighting setup we've implemented that adds even more drama to a spooky night.

What's Teddy shooting at? Find out in the new single player demo we'll be releasing this year.
There's some more fun behind the scenes stuff to show you, so click on to keep reading!

The new improvements to the bloom are excellent. For those that may not know, bloom is the graphic effect that adds dynamic glows to overly bright surfaces, lights, or objects.

The effect is a bit strong here, but we thought it made for a pretty cool pic: 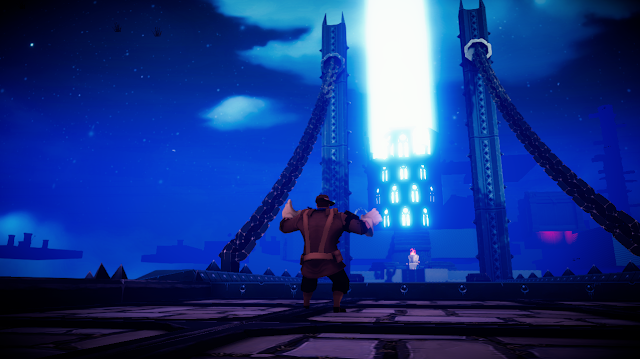 Something major is definitely going down

Other stuff we've been playing around with is motion blur for a slightly cinematic feel. The top level graphics quality will most likely feature this, but we'll have full graphics quality controls for turning off stuff like that to help performance on older PCs. 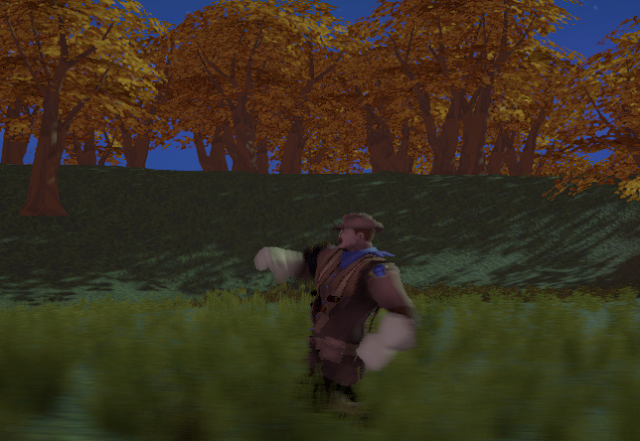 Legends of the Brawl is set in the time period from about 1905-1915 when technology was just taking baby steps thanks to great minds like Nikola Tesla's.

To help reflect that we plan on having some old movie style sepia tone cinematic intros and such to help reinforce the era. Here's a quick test we did. 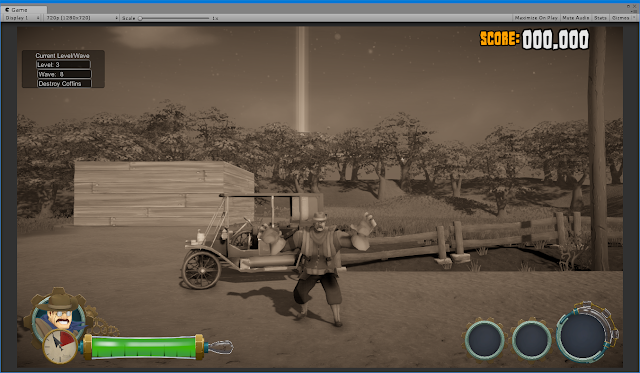 One other particularly cool thing is Unity 2017 now has full lighting in the scene view, which saves a huge amount of time adjusting lighting and such during level creation, so that's great. Here's an example from a place Teddy wishes he wasn't going. 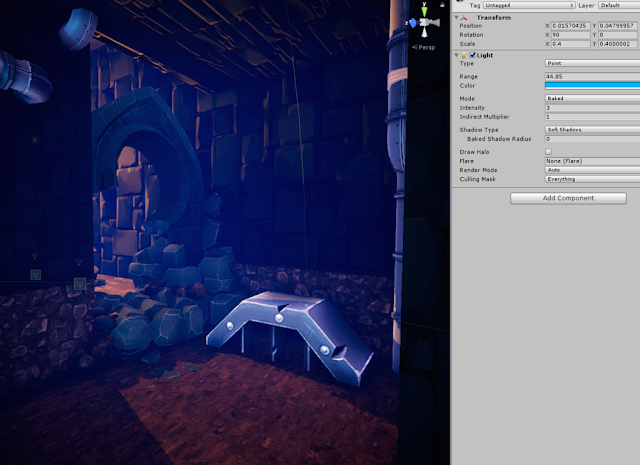 POWER TO THE PUNCHES

We've talked before about some of the character upgrade items & boosts that we have in the works. These will take a variety of forms, and many of the positive effects will be balanced by some negative effects, and it will be up to you to figure out the best build for your play style and equipment collection.

We want these upgrades to have drama and flair, so many of them will come with unique visual effects. You'll be able to see at a glance what upgrades your friends have, and show off your own.

Note: visual effects are still work in progress and not final art.

Up first, the classic burning fist. When equipped, the Devil's Hands melee upgrade will kick in once your sanity meter has reached critical level. You'll begin taking physical damage, but will likewise deal tremendous damage while they're active. Don't want your fists on fire anymore? Find a way to restore your sanity, pass out, or die, whichever comes first!

Of course, all characters will have a multitude of upgrades. Shown above is Lizzie's Assassin Blades upgrade which raise her attack a small amount, decrease her max health a small amount, and most importantly, increase the range of her critical sanity level. This makes it easier to stay in the insane zone, which you can use to synergize with other effects for some powerful combos.

Tesla loved his alternating current (as do we all!) Equip the Alternating Fist to deal extra electrical damage with standard attacks at the expense of a slower super special charge time for his lightning cannon.

Nothing will faze Teddy while his Patriot Pummelers are equipped. The strength of the nation makes him highly resilient against sanity damage. They also make him unable to wield a ranged weapon, so get in the enemy's face and smash 'em down like a bull moose.


The upcoming single player demo will feature a couple different upgrades for a slightly different experience for multiple playthroughs, so you'll get to experience a character upgrade path in a simplified way.

The full game will not have upgrades on the fly, however. You'll spec your character out fully between missions to keep the actual gameplay focused on the action.

Some of the many unlockables being worked on for Legends of the Brawl are custom portrait frames to show off your personality. These will be shown to all players in co-op, as you see in the screenshot above, so everyone will know of your love for tentacles, or whatever your thing is!

We plan on having lots of different styles from silly to horror, plus seasonal and elite status frames which will take skill and dedication to acquire. Additionally, the inner ring will reflect your overall player level and will upgrade over time automatically.

We also will have some themed frames exclusively available from partners from time to time, such as the chest of gold portrait frame seen on Lizzie above. If you fancy one of those for yourself, head on over to BrightLocker to snag one for free and join the fun!

LAST AND MOST CERTAINLY NOT LEAST 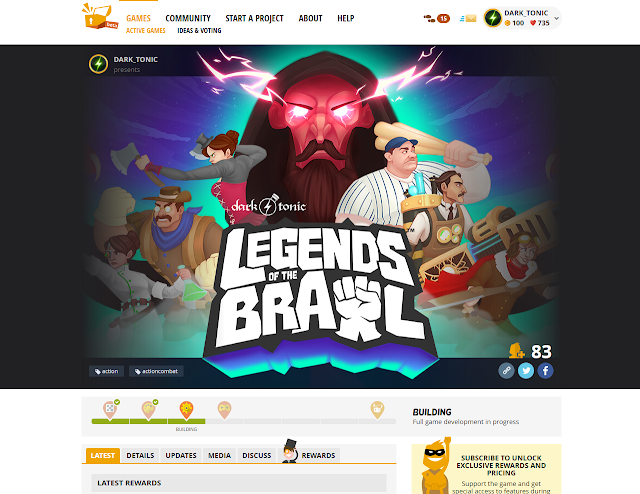 BrightLocker is a brand new site you should definitely check out if you're a gamer. At its heart it's a way to connect game devs with game players & fans. Ask devs anything you want, check out dev video streams, see the newest info on a game, and support devs by snagging cool in-game or physical loot, and some exclusive stuff you won't find anywhere else.

The site has just launched, and we were lucky enough to be one of the few games on from the beginning. We really like what they're building and see it as a great way to engage with our players.

Stop by and say hi to us there!