This update is about new arsenals, units and more. This is only a preview of the progression and where the mod stands. Also, what I'm up to.

Risen from the previous 2 months of real life; I finally have returned to business again, yay! With good news, of course; I've already been accepted into a university which spares me from a lot of work that could've emerged. That's not important now, let's get into the updates. 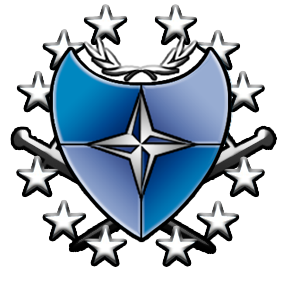 This is NATO's logo I made 5 minutes ago

Why has USA been changed to NATO? Well, that's according to the mod's storyline in the campaign; shorten as followed:
The plots after PLA seized control back from the GLA in most parts of Europe. Peace lasted not long before another Cold War broke out between USA and China. A newly formed Chinese Socialist-party was brought into the ruling of the country with a promise of leading the country into a greater age. With the escalation, NATO assembled once again to deal with the newly emerged threat. 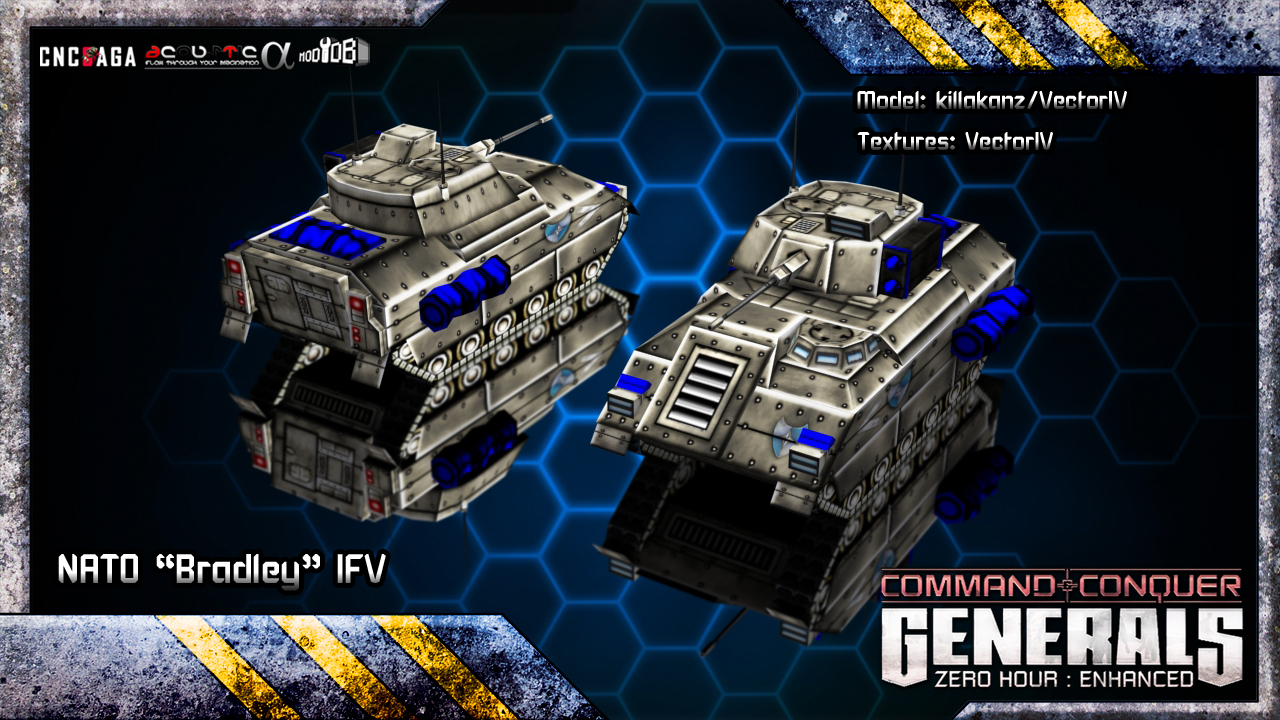 This is NATO "Bradley" IFV. This is just another typical Bradley IFV, nothing specific about it. And here is Wikipedia; manufactured by BAE Systems Land and Armaments, formerly United Defense. It was named after U.S. General Omar Bradley. 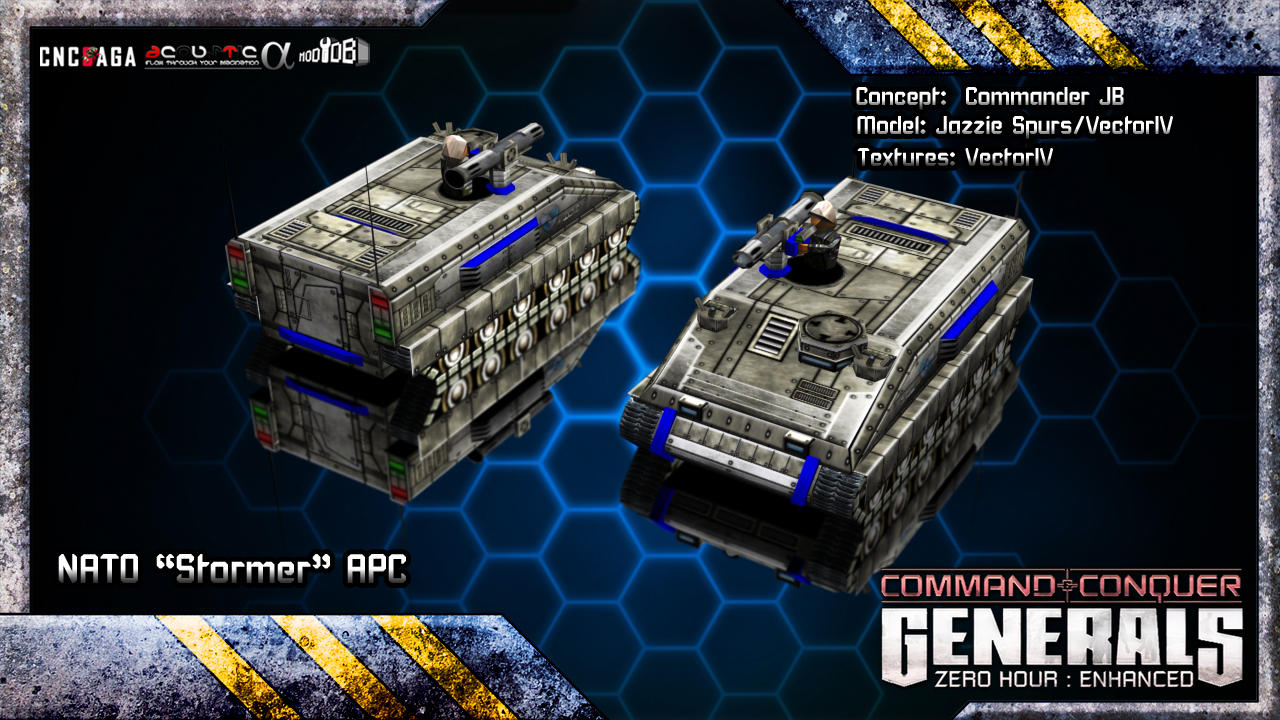 This is NATO "Stormer" APC. An support vehicle, used for various strategies depending on the situation and the decision of the commander to utilized it. 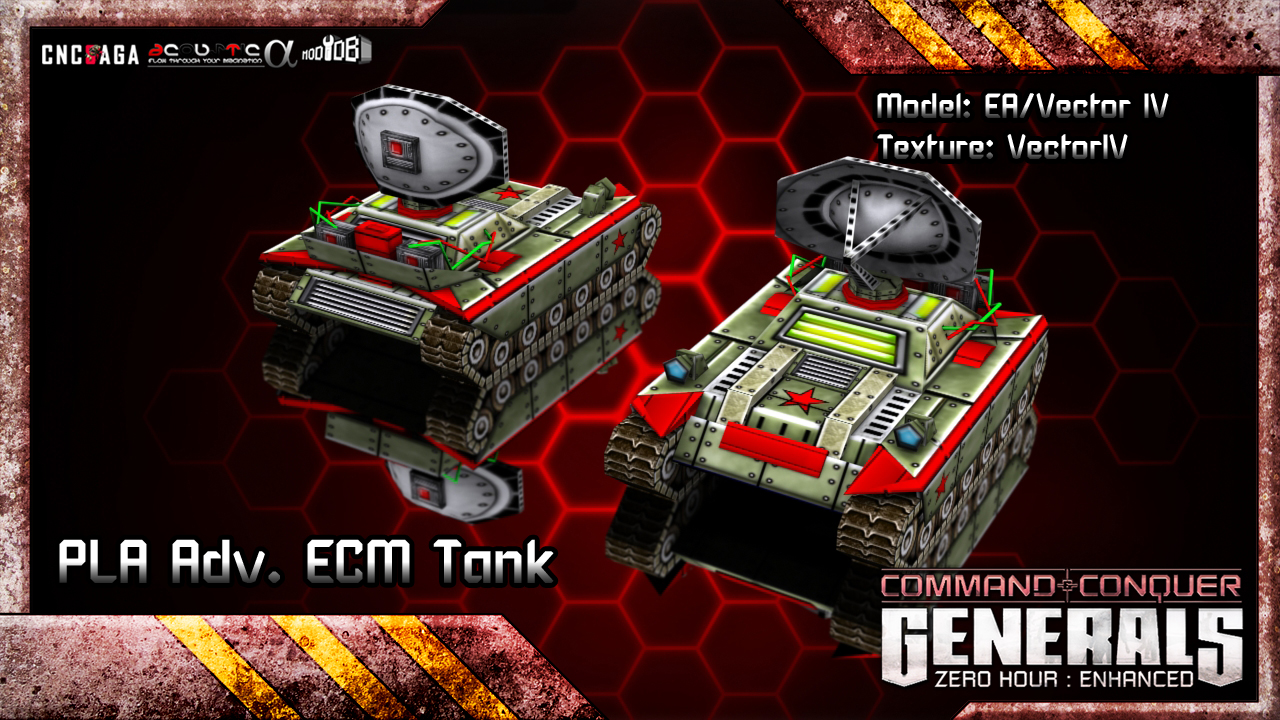 This is PLA Adv. ECM Tank. An "Electronic Counter Measures Tank", has the role of supporting unit in the PLA forces, capable of jamming small missiles and disabling enemy vehicles.

Well, the last good news would be about how I've done these; with a help from TheHunter649, I'm able to create my own models and skins from now. Big thanks to him! Cheers :D

Be aware that these are not entirely done yet, some are merely a completed unit. Things might change as the time flies but feel free to suggest or advice.

Thank you for reading if you actually have read the entire thing.

glad too see this mod is back up and runnin :D