Hello and Merry Christmas! Smallcombe here filling in for Gavin while his away.

Now I would like to introduce the newest 2 RCS team members, Frank.s and Razor. Frank will be in charge of mapping and fixing new map objects into engine. He also will be working on main script to speed up development and beta release. Razor is a 3D modeller with experience throughout Autodesk and Adobe professional programs, he will be acting as a 3D modeller and texture with RCS, check out his great animations on his youtube link.

All thanks to Frank.s with his help with the game engine, I have started creating new map objects for the mod, the first map package is mostly for military and Road block use. 3D models and textures created by smally fixed into game engine by frank.s.

We have 4 new custom weapons including the nail bloody bat, axe (axe created by Razor), arm and leg. Zombies use the bare hands, arm or a leg to attack player but player can pick up the arm and leg. Player will also be using an arm or leg or there hands in zombie mode.

Here is a my new custom zombie models I have created on top of the 60 plus retextured zombies, more custom zombies are on the way. 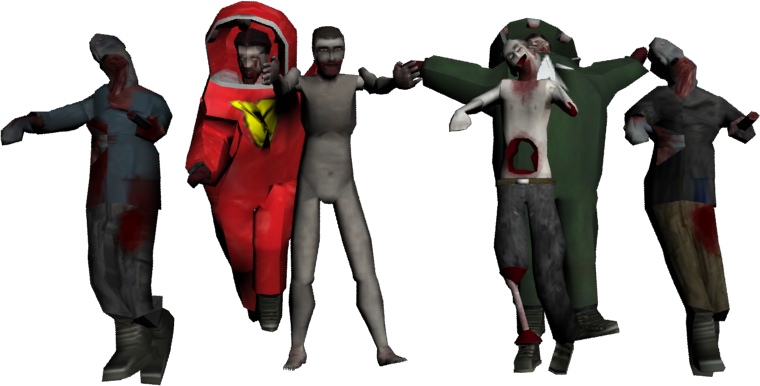 Here’s a short vid of RCS Free roam game play, this will give you a better idea of the RCS game play and zombie engine, keep in mind this is still only early stages many more improvements and features too come.

another zombiemod, i couldnt even guessed

mhmm great way to blow off some steam with a never ending herd of zombies at your feet too slaughter in many ways ;)