It has been pretty quiet from Movie Duels last months but no bad that has no positive effect. The development has actually moved on better than ever and I have managed to make some great progress.

It has been pretty quiet from Movie Duels last months but no bad that has no positive effect. The development has actually moved on better than ever and I have managed to make some great progress.

I have mostly worked on two of the featured missions: "Masters Of The Force" & "Geonosis Arena". The duel between the Emperor and Yoda from Episode 3 will be a classic duel like the ones from Movie Duels v1.0. But to spice up the gameplay a bit I have added some new stuff like jumping from platform to platform to finally reach up to the Emperor. I'm really excited about this mission since I think it turned out very well and will be one of the center-piece of Movie Duels 2. 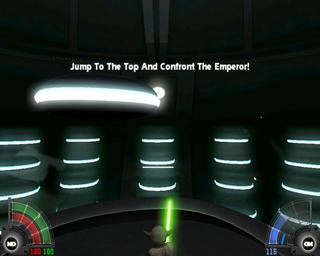 The second mission from Episode 2 will be a "Jedi vs Droid" mission with great variation in the gameplay. You'll fight as master Windu or Jango Fett, and depending on which one you chose you'll fight against waves of Jedis or Droids. In addition to all the objectives you have to complete you'll also get the chance to defeat Jango just like in the movie. The mission will also have some none movie related happens. This will add some extra feature to the gameplay as well as give an hint of what could have happened in the movie. I won't tell you more know since that would take away a great deal of interest for you. 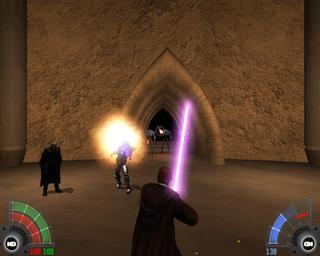 Last week I could proudly announce the official website for Movie Duels. It comes with a new forum and several other great features. You'll also find a new mission page where you can get a better overview of the progress for each mission. check it out here: Md2.ucoz.com

Like if that wasn't enough I have made some great progress on the menus. The new ones are much more advanced and looks far better than the old ones did form version 1.01. I have captured some screens just for you, hope you enjoy them: 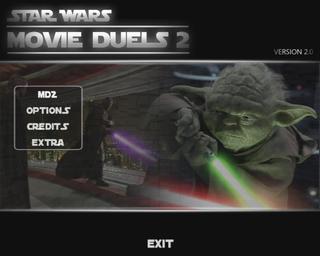 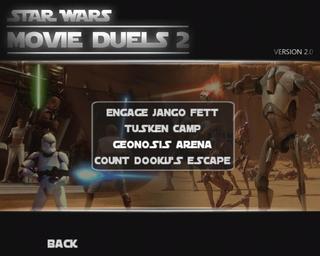 At last I would like to thank two persons who have helped me the last weeks and will do so in the future too. Daan from "Tales Of The Sith Lords" is the official beta tester and has been a great help for me.

Kal01 also from "Tales Of The Sith Lords" is the second Admin on the website and has helped me with some features on the website. He has also given me the opportunity to use some of his and the teams wonderful models.

I'm looking forward to develop the cooperation with you guys.

The Senate map, will the Senators' pods break into pieces when they crash into other pods, or will they just explode in the standard JA way? I hope that, if it's not too much trouble, that they shatter into dangerous chunks that the player will have to avoid or otherwise be badly wounded or killed.

I wish you the best of luck on this endeavor!

This game will be epic. Have so much spectation for it.

Really, this mod does everything those ridiculous "saga" mods try to do.

Is it possible to install just Duel of the Fates and Masters of the Force into the game since they are almost done?

Sorry mate when exactly is the mod finished i mean because there are 2 more 50% in misions left?PLZ