Can it really be 2015 already? 2014 literally flew by, one minute it was January, the next it was New Year’s Eve and everyone was joining to celebrate the arrival of another year! It’s been a while since the last update, but for those that has been following the project for a while you will see that there have been a few images here and there. As a whole though, 2014 has been a fairly quiet year for development.

Can it really be 2015 already? 2014 literally flew by, one minute it was January, the next it was New Year’s Eve and everyone was joining to celebrate the arrival of another year! It’s been a while since the last update, but for those that has been following the project for a while you will see that there have been a few images here and there. As a whole though, 2014 has been a fairly quiet year for development.

I have a few things to talk about today and over the coming months I’m going to really try and get some more content out in regards to articles and images. So let’s have a look at what’s been going on. 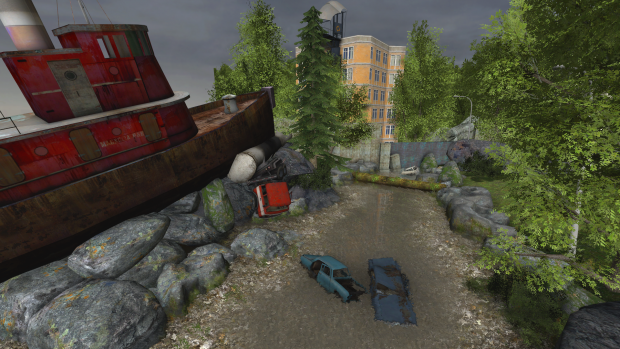 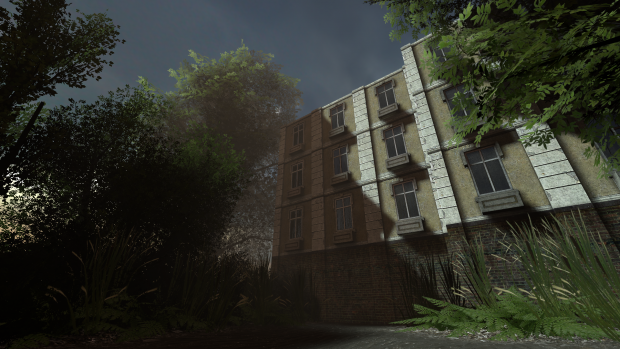 It’s no secret that Reversion did not come out in 2014. I understand completely why modification developers choose to omit any reference to an expected release date. The truth is that these modifications take a lot longer to produce then anyone (including myself) would expect, and Reversion isn’t even a total modification. For now I’m going to drop the release date and just continue with development until I feel there is a date I think I can hit.

Now, to talk about alternative release models. I’m not sure if I want to release Reversion episodically or as a single experience. As a method of releasing content I believe it works, but the stigma around Half-Life in regards to episodic releases is one with obvious weight. A few modifications in the past such as The Citizen have benefitted from an episodic release cycle but I’m not sure if this approach would work for Reversion in the long run. I’d love to hear your suggestions to this, does releasing the mod in “acts” sounds like a method of release that could work?

Please let me know in the comments below!

This is something a little different. I’ve been producing content under the name SwanActive Games for several years. However, I feel as though that name and brand revolved around a mind-set towards game development that had changed over the years until it represented something I felt I as a developer, no longer did. 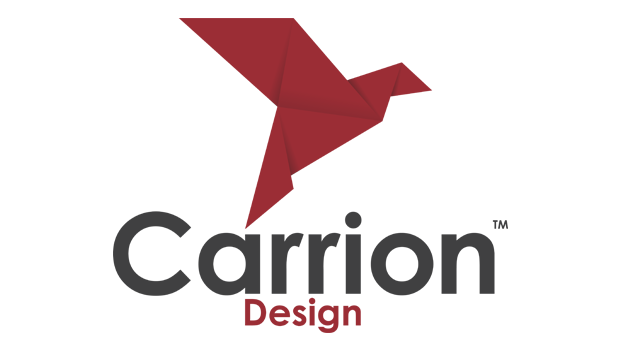 As such, I drew up plans and spent several months going through the necessary steps to start a company in the United Kingdom and layout a budget and plan for what I wanted to achieve in 2015 as an entity. So please welcome Carrion Design! Which at the moment is myself and a good friend of mine called Tom.

I’ve very excited to be working with Viktor Goriyachev (Ferapod) formally of Oak Gear, the team behind the upcoming and fantastic looking Half-Life 2 modification Crossroads: Episode 1. Viktor has been helping to bring global dynamic lighting to Reversion. 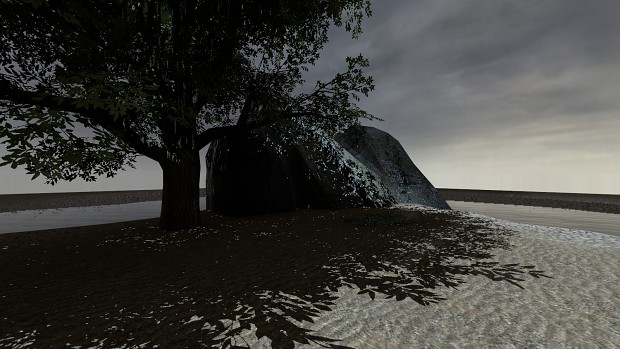 Obviously this is a big step up in terms of the graphical fidelity of the project. Although the Source engine has aged well, its lack of global lighting and other efficient forms of dynamic illumination are lacklustre at best and have, in recent years, put it behind many other leading engines and games.

I’m looking forward to working on it more and seeing it implemented into some complex environments. A big thank you to Viktor for his work and if you haven’t already, you should take a moment to check out Crossroads: Episode 1.

Finally I cracked it. It’s been a thorn in my side for quite some time but I am now able to compile modified code for Source 2013 and therefore, Reversion. This gives me a lot more options in the way of adding new content to the standard Half-Life 2 formula but rest assured the modification with still be very much Half-Life through and through.

Below is a small gallery of images that have been released since the last update. 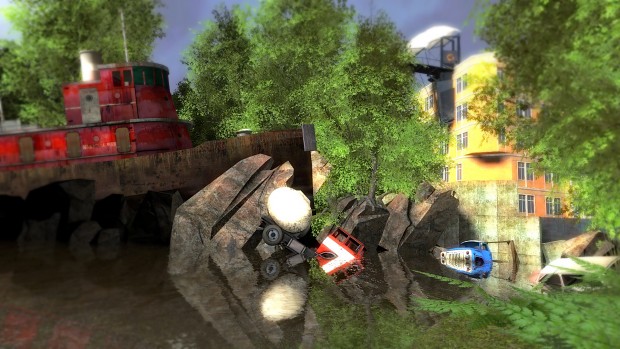 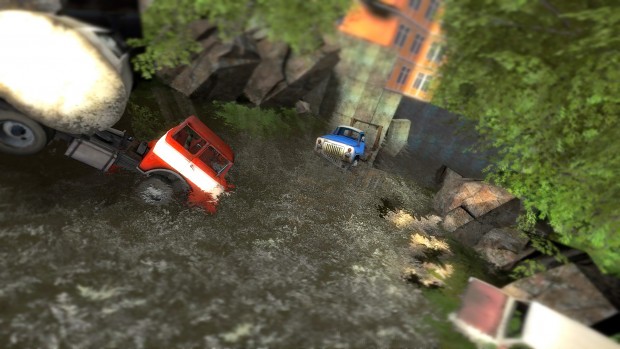 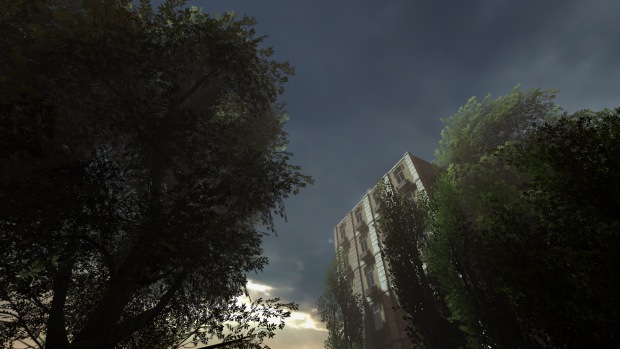 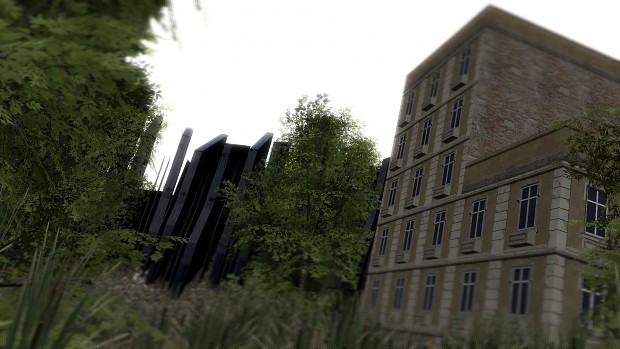 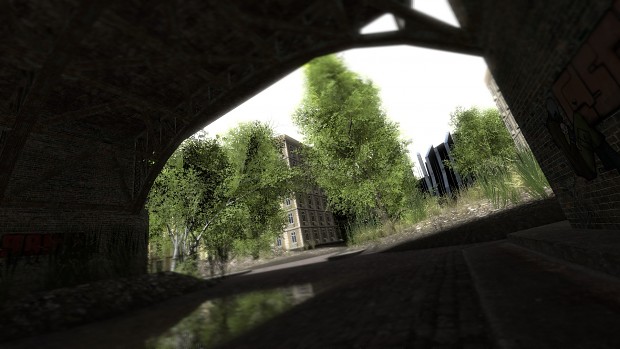 And there we have it! Reversion is still trooping on and so am I, albeit slowly. We’ll get there eventually and I thank all of you for sticking with the project. 2014 was… definitely a year, to say the least but 2015 will be better.

Thanks for reading everyone!

In my opinion it depends on how long each release is, will each one be about 5 hours long like Underhell, or under 2 hours. If each chapter is long and each one tells their own story then I think long episodic releases are better, but if the releases will be short if their episodic then I think you should develop the whole thing before releasing it.

it's true, making mods takes unbelieveble amount of time and effort. Much more as most people expect. So it is impossible to talk about a release date up front, but we as developers do like to name a date because people ask for it. And even when your very near to finishing the mod it still is in most cases impossible to name a date because specially in the end there are always unforseen small issues that take up a lot of time, which make the release date still can't be kept.

About episodes. My guess would be to release it not as episodes. Mainly because a lot of those mods that do say will have more episodes never complete it. Because ones a episode is released it is very hard to start again and a whole new episode, and therefore it stops then and there with that one episode.

I understand your train of thought completely regarding episodic releases. It's definitely a concern I am conscious of. I think the only way around this sort of thing would be to have a good amount of content made for the future episodes, with some of that being released publically. I think that, combined with a strong “lead-on” or cliff-hanger, would create a sense that the project is not done and it’s not time to wrap up.

It’s hard to say without getting to the point myself, but If things weren’t planned ahead pre-release of a first episode, then I think that would throw the development for a follow-up episode into a bad place.

Anyway, I’m undecided on what exactly I want to do at the moment. Just weighing up some options.

Honestly because I think the progress you've made is so fantastic, i'd rather not to episodic releases of the mod. It's too risky, yet you still could finish this whole project at some point.

But I'd say that its a waste of time, I've already seen a bunch of mods slowly dying because of such resembling decisions "Releasing games/mods partially, whether its episodes or bits which would result to become a part of the finished product".

And honestly, talented developers like yourself will have to deal with such incidents like crossing a deadline without realizing it in the end, but again you have loads of time to perfect things, and I'm pretty sure that your mod is gonna kick ***, so many details in a game that was made in 2005, even though it has been updated periodically through the years.

I'm patient enough to wait for this! :)

GI in source :O , cant wait to see it in more maps!

Looks excellent! To chime in on the episodic discussion... I think episodic makes sense for hobbyist modders.

With episodic releases the risk is, of course, that you will leave it hanging. In my view, there is a much greater risk of not releasing anything at all if the project is monolithic.