Another progress report with information about a new RPG game feature, new maps, updated models, and our HUD/game interface.

Our lead engineer, Mute_Machine has been busy adding RPG game elements into the Thieves Guild project. The player can now talk with NPC's via an interactive dialogue box with branching text options. When talking to an NPC, the player is presented with a list of dialogue options, and may choose between them. Each choice may result in a different response from the NPC. These choices may affect the course of the game, as well as the conversation. Along with this new game element we have added a "supply shop" and "shopkeeper/fence" so that the player will be able to purchase additional supplies for his missions... 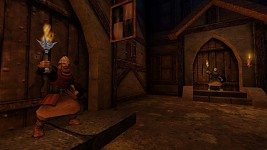 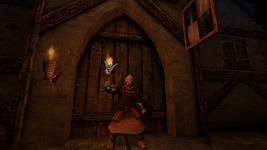 We also continue to work on our HUD/game interface. Among the recent additions, we have added a new "health bar", "glyph bar", and "oxygen supply bar", plus some very nice thief icons. Thanks to Durus and Warlawk we have some new weapon icons, thief tool icons, supply icons, and shadow zone icons... All of these new items are in keeping with the "cloak & dagger" theme. 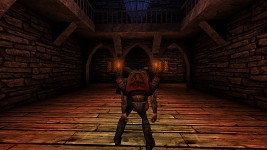 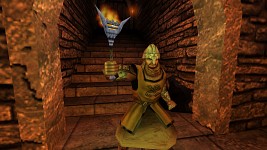 In addition, Mute_Machine has finished coding a "static transfer system" which keeps and then transfers the player's class and statistics from level to level. It works in conjunction with our "accomplishment counter" which allows the player to see via a street poster, information about accumulated loot, success percentages, and class title e.g. Apprentice, Rogue, Cutpurse, Burglar, Thief, and Mater Thief (there are even more classes). 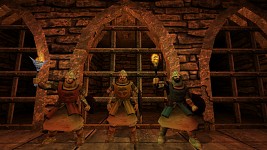 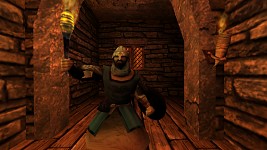 Also, Durus has made some changes to our city guard textures. There are three basic ranks; Blue, Red, and Gold but their surcoats are now embossed with the Raven Crest, which is the symbol of the city. There are other members of the city guard but they wear different types of armour. 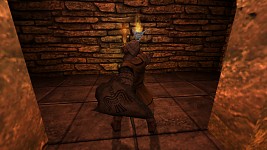 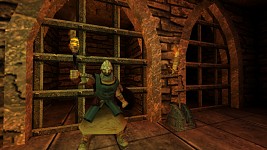 Last but not least, Onaga has been working on another map, which is full of stealth and secrets. He has also
just finished working on a new video, which we want to share: Video Link

As for our release date... as of now, all bets are off... Enjoy the festive holiday season.

"Thieves respect property. They merely wish the property to become their property so that they may more perfectly respect it." ~ Gilbert Keith Chesterton (29 May 1874 - 14 June 1936)

Are you gonna improve the walking animations? looks kinda weird when every guard limps

It's a work in progress.

Hopefully, GOG.com will be able to start selling it there, and its rerelease will perfectly coincide with this awesome looking mod.

Thanks and good luck getting Rune, it's a really good game and worth the $

Thief+Rune this shouldnt work, but it looks like it dose
good work

I know what you mean, at first glance the 2 games do not appear to be a good match but actually they're a perfect match. Rune uses the Unreal engine which is a great engine plus Rune has all sorts of climbing animations and melee combat modes, plus it also has the 3rd person perspective which works very well for a cloak & dagger game.