Greetings. We are back with another update, containaing lots of stuff. We will show you a maps video, our new website and our ultimate guide.

This time we present you our new maps video, our new website and our new ultimate guide. 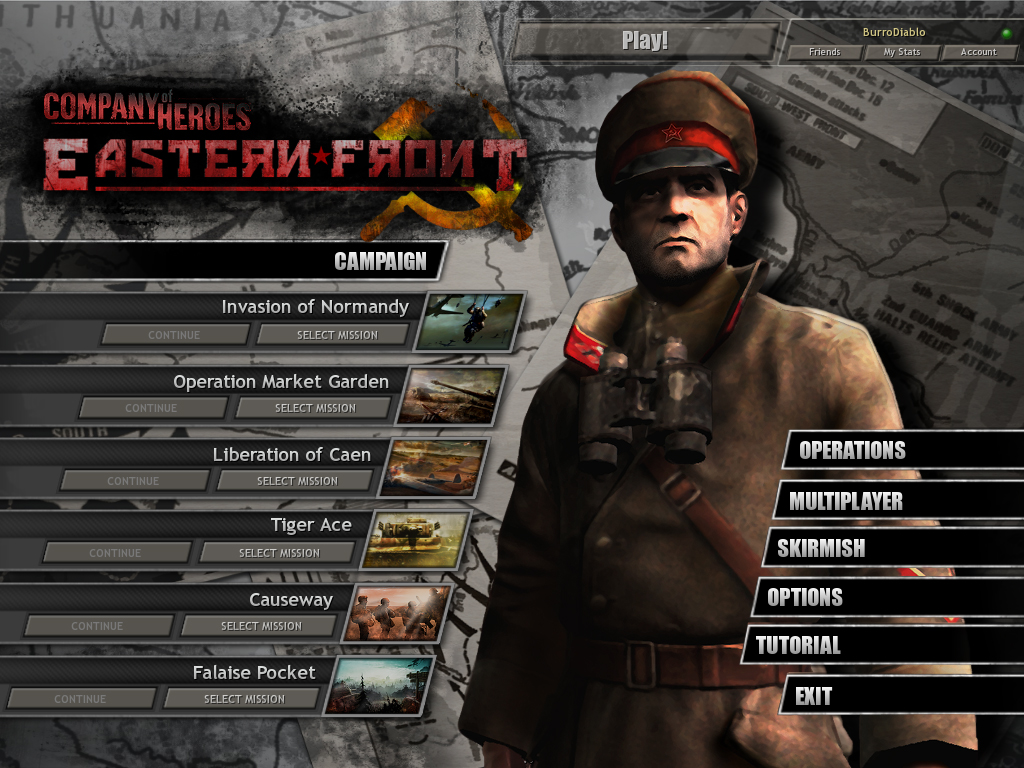 Our new website will launch on Sunday, August 16th, 2009. It will contain our new ultimate guide,
explaining everything about the Soviet Union Faction. If you see a Lama then it's still the old site. 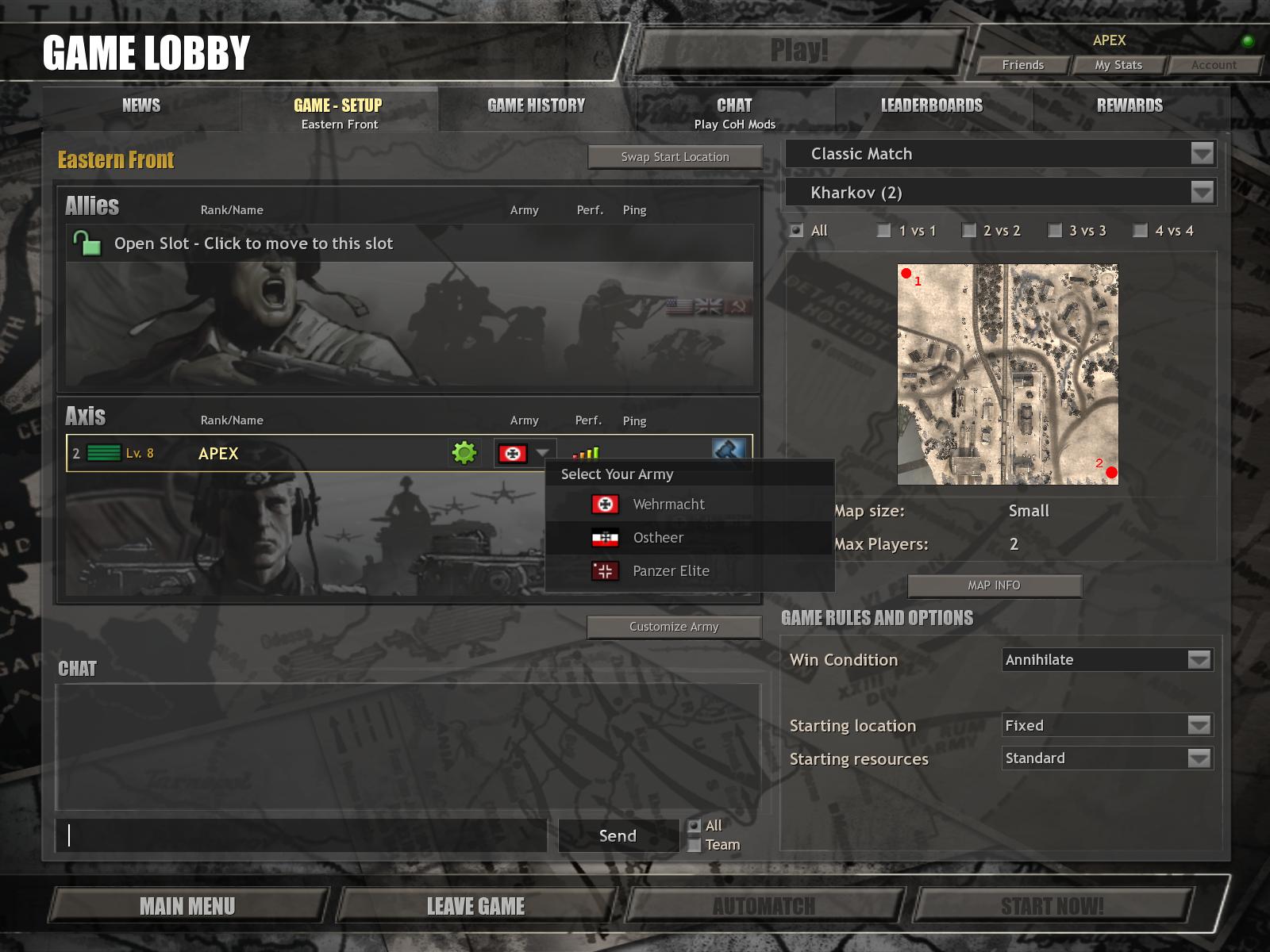 On June 22nd, 1941, five million axis soldiers crossed the borders into the Soviet Union, beginning the largest, most ferocious and bloodiest theatre of war in history. This is the Ostheer.

Here's the Link to our new Site, containg FAQ and Ultimate Guide:


EDIT: There is a supposed leaked Eastern Front Beta going around. It has nothing to do with EF, but is a single .exe file, which is supposed to download the mod when started, but will actually load two trojan horse viruses onto your computer when run. Do not download it.

Great work! Are those two custom campaigns at the bottom?

We haven't started the campaign yet.

have you got any info on the new german amry's doctrine and what there abilities will be and anymore german units?

upload your images on moddb, not imageshack!

Don't make irrelevant demands. It's frustratingly pedantic, and we get enough of that with an endless stream of historic realism obsessed prats who demand us to follow their almighty judgement.

thank you for your hard work on this mod! it will be awesome!

Ostheer? what's Ostheer supposed to be, i don't believe i have heard the word before...

oh my god i looked over the guide and just the units alone look fantastic!!! i can't wait for this!!!!

Its German for "East Army"... its the part of the German army that was posted to the Eastern front.

is it a new army?

Yes, the Ostheer is going to be a new German faction armed with some unique weaponry that was used on the Eastern Front like Elefants and Jagdtigers.

Hi. I can't read all pages, I tried but I can't...
I just need to know when do you think a 1st beta will be ready to download and play. I'm sorry if you answered that question before.
But you will understand how much we are exciting for this great mod.
Thank you.
I share my team website at the same time ;)

:D Think about it this way everyone, every day is another day closer to release. It's like random christmas eve.

CELBCE. You are probably the most annoying person to post on this board yet -- just shut your filthy hole and wait patiently at the end of the line. To put it simply, you're a stupid ****. The Devs know what they're doing. Now if you have any questions, take a look around this and the easternfront.org site, they'll answer 99% of your questions.

ps. You probably have a couple of viruses. I'd get on that.

haha no not quite....HOTSHOT360 by far is the most annoying person to post on this board.

I'm not poking fun, I'm only saying -- I (at least) can't understand your english. I can see you're trying to help, but it's only coming across as ****.

where are my comments??

They were deleted. Change your name and avatar.

Hey, I have one major concern which can ruin this mod or make it better than the heavens.

Are the ranges and damaging systems going to be changed becuase normal coh damaging and ranges are painfully weak.

Tiger vs. sherman that requires the better of 2-5 shells to kill the sherman.

Ive seen a groupe of 50+ men charge 5 mg nests. 10 men died. There is a great mod called Blitzkrieg mod, the damaging and range systems are changed very slightly there, but the tanks are awesome....

ending on a good note i love it

Noooo, nothing is being changed in the vCoH factions... we are keeping this strictly Relic so it feels like an expansion. The new factions are going to be balanced to fit.

...thanks for the answer, and i was doing some reading on the website...found some stuff out

-Russians will be launched before the ostheer is completed.
-might sell cds!- i'd pay 29.99 for this !

We aren't going to charge you for a mod, but we do ask for donations if you are that willing to contribute. Just ask at the official forums www.easternfront.org

Will this be sold by relic at gamestops, bestbuys ect. and will it be promoted and created by relic? please reply at my e-mail spoof-in@live.com thanks

Whit? Its a Mod. Its Free. Nuff said.

when is it being released.

We are in the closed-beta stages, but we don't have a precise release date. Before the end of the year, so possibly sometime in December.