Version 0.5.7 is finally here. There are new allies, enemies, explosion effects and a new weapon

Version 0.5.7 is finally here! A lot of changes have been made in this new version.

All special effects (explosions, magic, etc) have been improved. 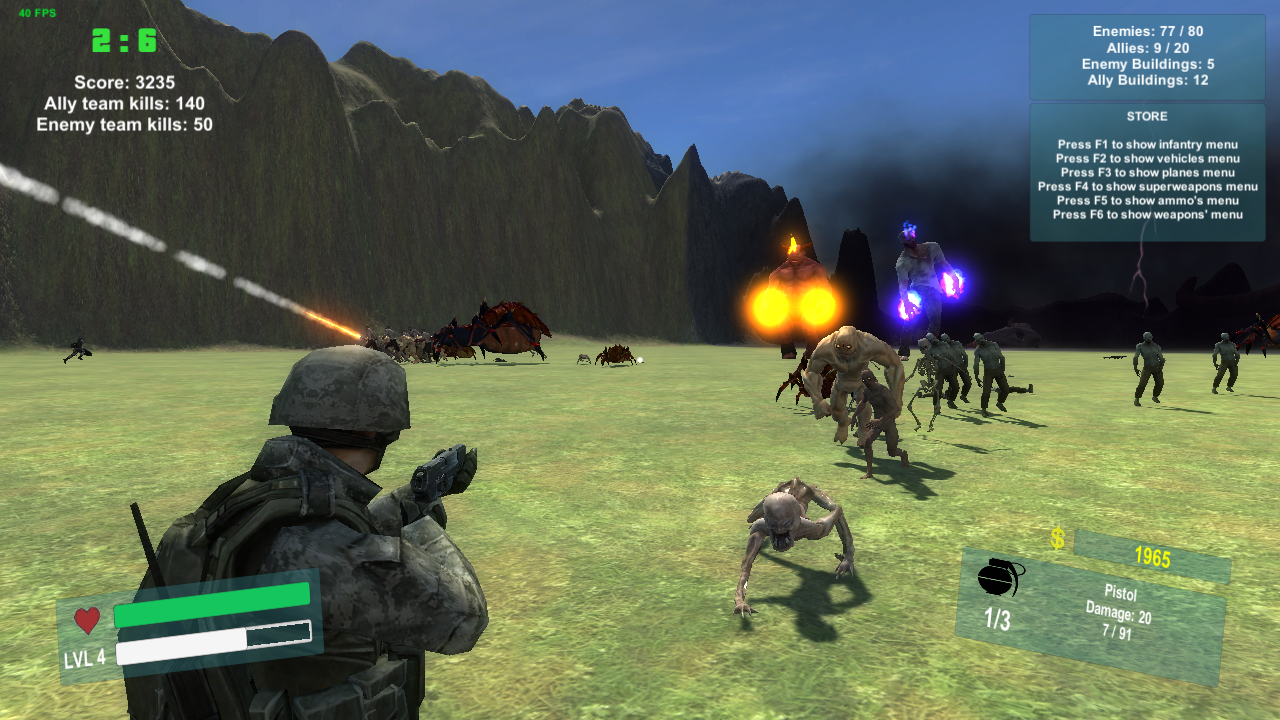 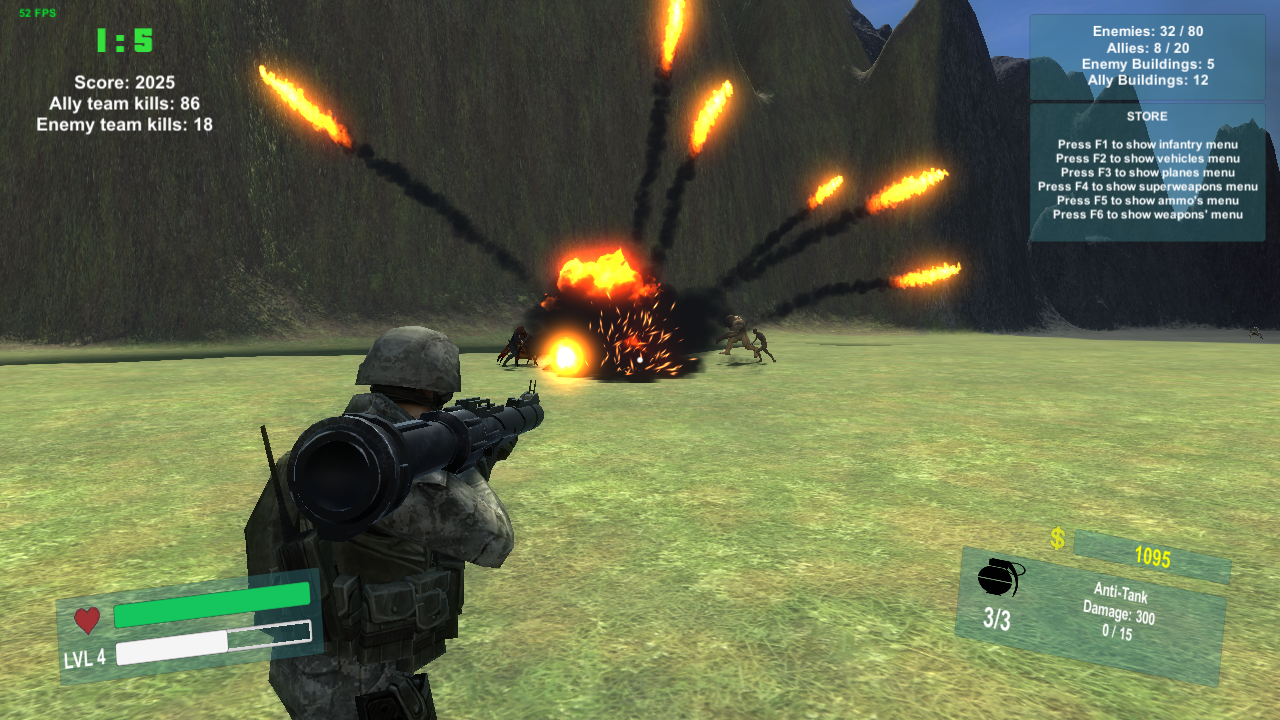 The sorcerer characters (Zombie giant, Cyclop and mages) are quite noticeable now.
Along with this, there are new enemies, allies and a new weapon. You should also check the new superweapon: the ICBM (hey there, Kim!).

Sadly, several maps have been removed: the Jurassic defense map and the Christmas defense (this one will be available again in Christmas). The game will continue to grow around mix of medieval and modern action, so some changes need to be made.