Today we present to you some information regarding the next release of the Ridder Clan Mod!

Today I come bearing great news,
In approximately 3 DAYS we will be releasing the new version of The Ridder Clan Mod!
The moment we have been working up to for +/- 3-4 years, is near!
We will soon be releasing version 3.0 Beta!
Why the sudden increase in version number you might ask?
Well due to the immense amount of work that has gone into this release, the amount of time that has passed, and me actually having to recode the entire mode, we only found it fitting to give it a number that truly shows its worth! 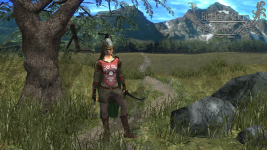 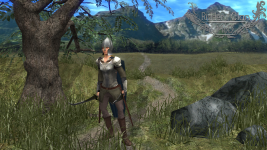 Unleash your creative minds with the new Create-A-Character system, which has over 9000 unique possibilities! Make your character the way you want, and give us suggestions for possible improvements! 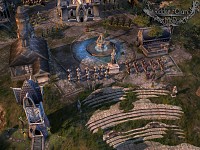 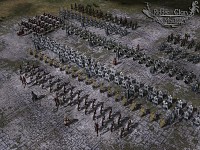 Play as the High Elves, even in the BFME 1 mode!
We have continued work on the elven faction, and Valaquenta has made them into a masterpiece.
In this release you will finally be able to play with this amazing army!

Soon you guys will be able to play this mod again, with some of the most recent things released to the public! Make sure to keep checking ModDB for updates and more information on the release specifics!

Really great news!!I was begining to think that the Mod was lost!!I can't wait to try it out with all the new features!!You have done really a tremendous amount of work and I am sure it will pay of big time! :)

Does this mod work for ROTWK also?
EDIT: It does, see it.

And I have a question!What about Dwarven Facrtion will they get some new Skins from Movies and such!? :)

I most certainly hope so!I simply love the Erebor and Iron Hills Sodliers from The Hobbit Movies and especially Lord Dain Design(except may be the Helmet cuz of the red hear XD) and also the Raven Armor of the King Under the Mountain!!So I hold cross fingers to see those Dwarven Warriors and Dain too wit hth Movie Skins! :)

That would be harsh

your improvements of CAH are truly great! haven´t you considered making a sub-mod for Edain mod? since they reenabled the CAH system in the newest release.

Nope and we won't. Sorry.

Please can you guys include Mirkwood palace Guard made by Valaquenta10 ???

Great news guys it is reaLly good to hear that!I have some questions.I am big fan of wizard heroes.Are there any changes with skills of gandalf, saruman, witchking,sauron etc...?Also any changes with other old heroes like aragorn?
Will there be azog, bolg and dwarven heroes from movie?
Last question is, how is AI?Does they use all spells and recruit all heroes and units?I know i asked a lot of question but I am really curious with this mod :)

Elves will have a wizard.