Raji: An Ancient Epic is an action adventure game set in ancient India. The universe draws inspiration from the Hindu and Balinese mythology. We are live on Kickstarter and just hit 1000 backers!

Posted by NoddingHeadsGames on Nov 27th, 2017

Raji: An Ancient Epic is an action adventure game set in ancient India. The universe draws inspiration from the Hindu and Balinese mythology. 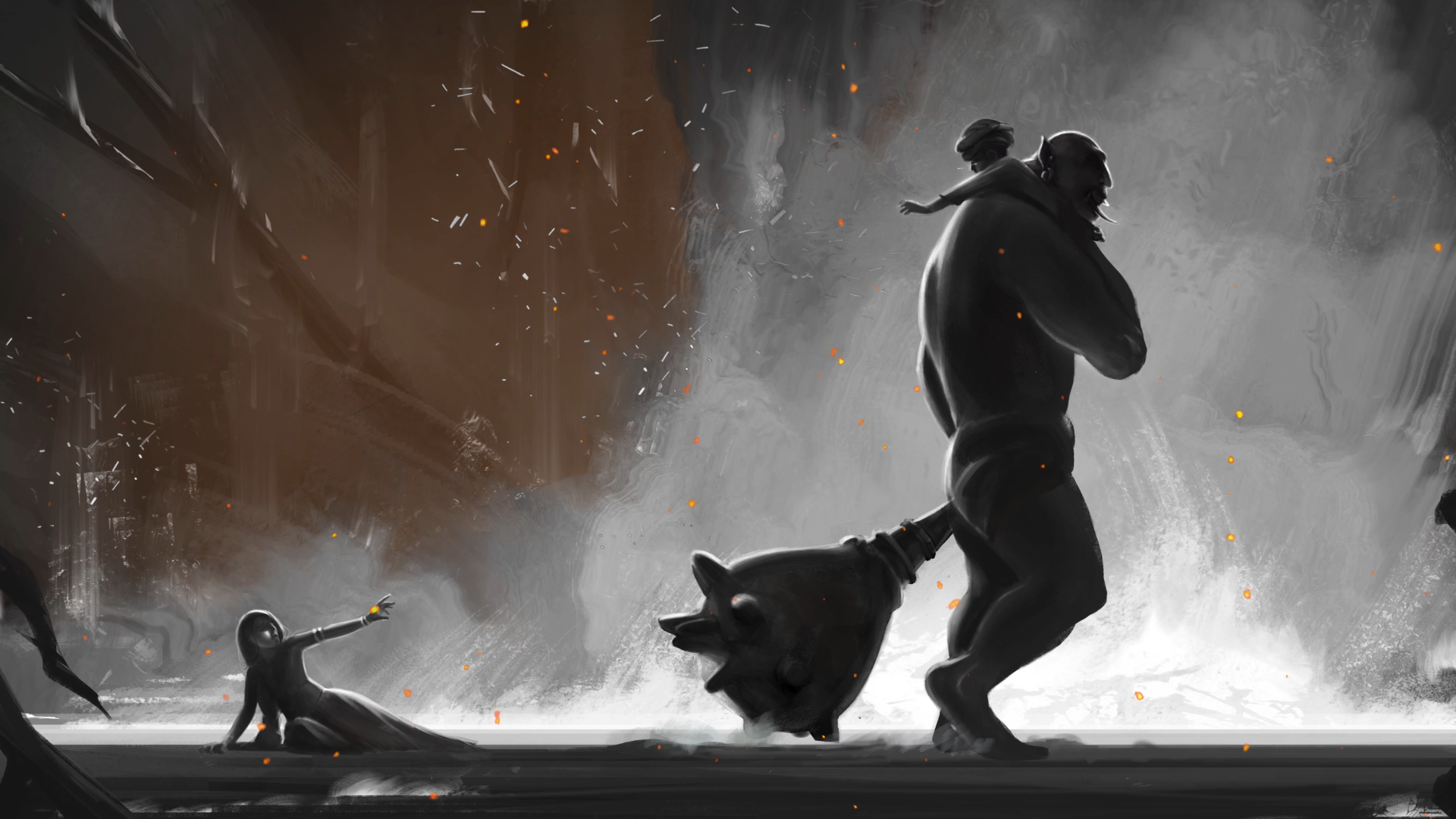 Follow the story of Raji, a young tribal girl. Her world turns upside down when Golu, her younger brother is abducted amidst an ongoing battle between the Gods and the Demons. 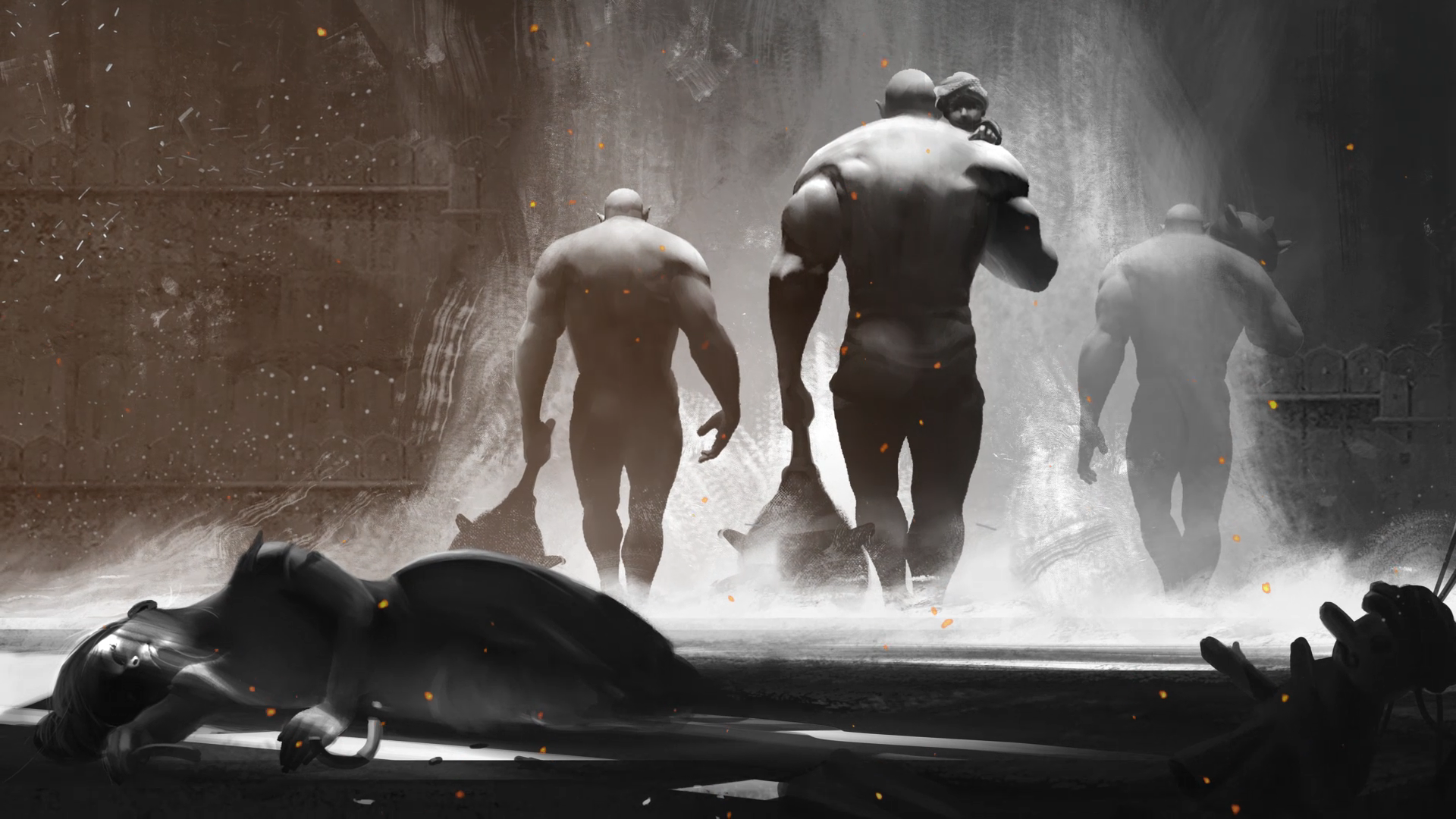 The Demons extend the battleground to the human realm, tearing it apart. It is an onslaught. The humans barely make a stand. 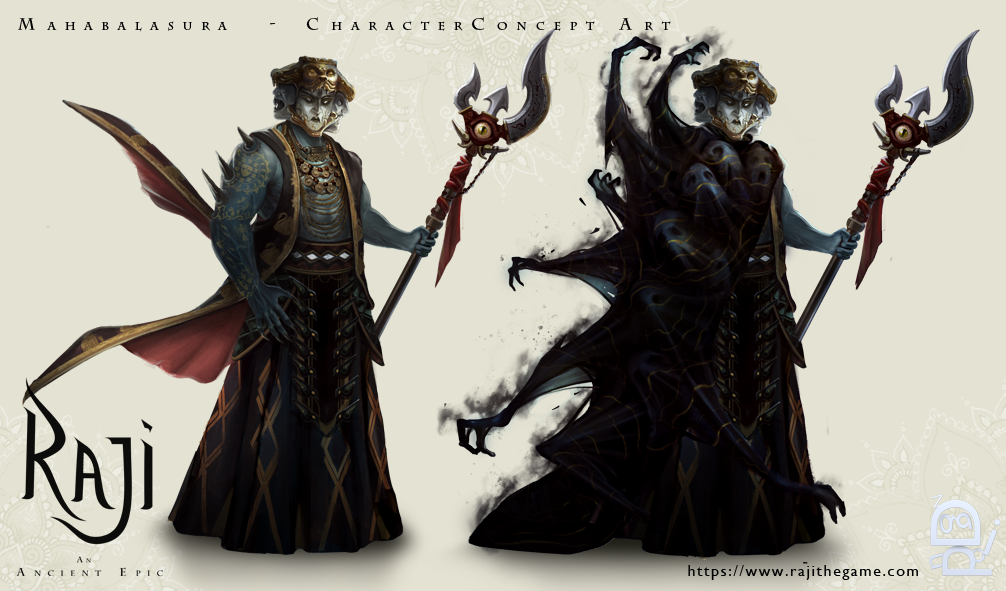 For reasons still unknown, the Demon-lord Mahabalasura orders the abduction of this young child, leaving Raji in tatters.

She wakes up after the ordeal clueless, but determined to find her brother.

The Gods, unwilling to meddle in the affairs of the human realm, choose Raji as their mediator. They grant her abilities which she still can't comprehend. After all, she is a young kid 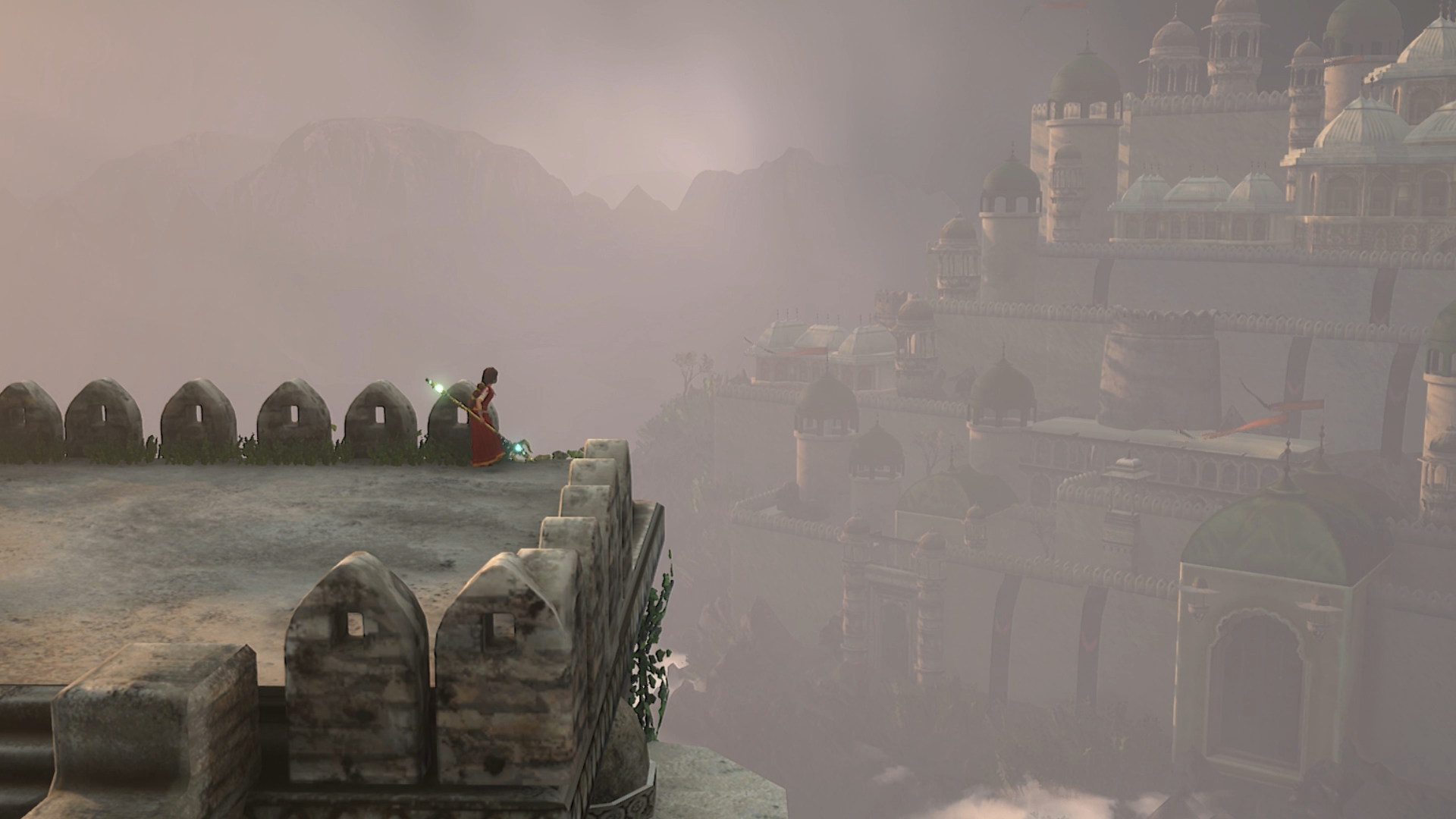 We have released a demo which primarily highlights the look and feel we intend for the final game. The combat mechanics are also in place, and are being bettered based on the response of the folks who have tried out the demo.

Get it here: Store.steampowered.com/ Indiedb.com 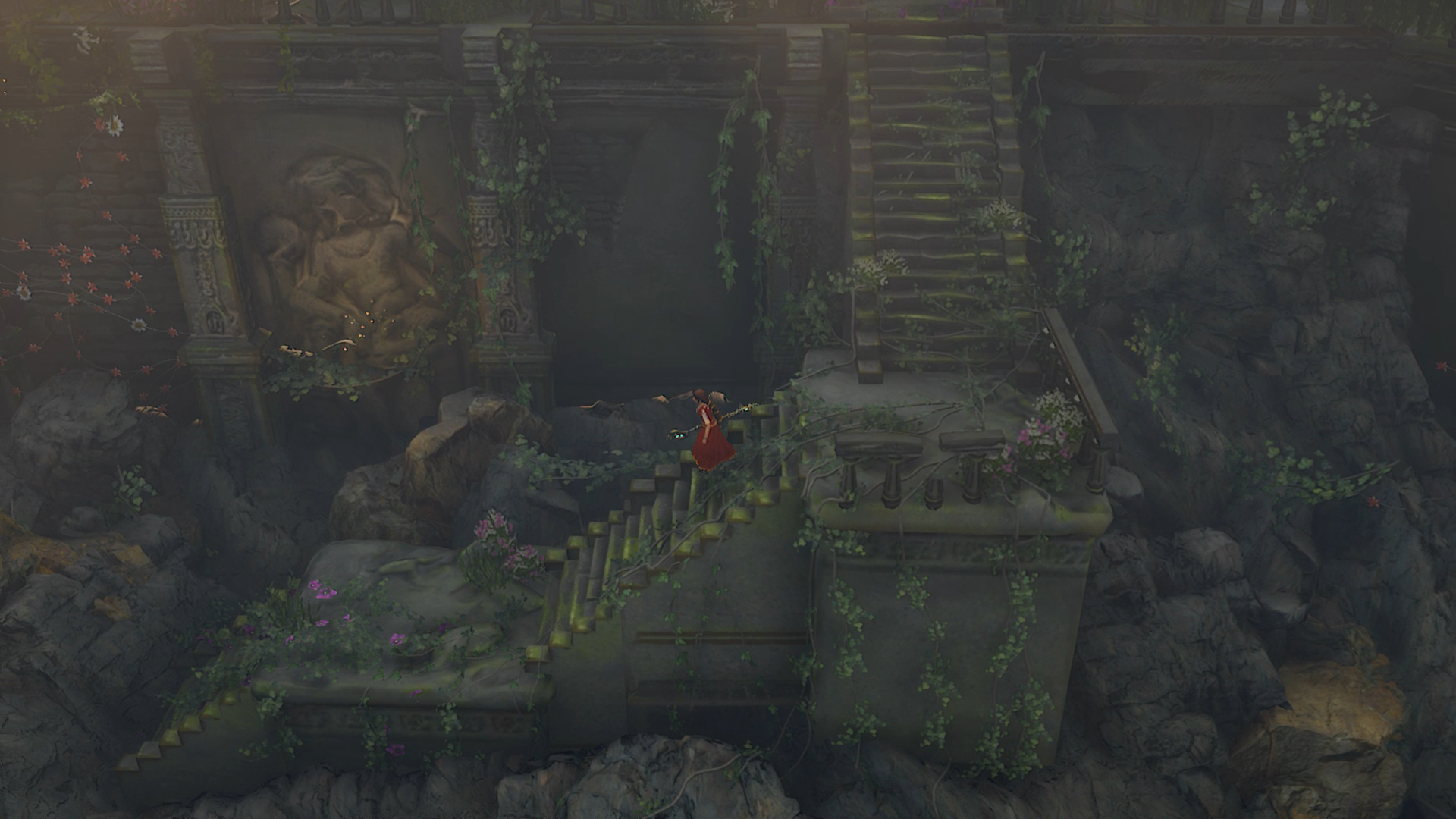 We took heavy references from the ancient and medieval Indian architecture. Forts and palaces of Rajasthan, and the caves of Ellora to name a few. The textures used for the environment are all hand painted.

The game features a fixed but semi-dynamic camera. This flexibility empowers us, as developers, to play with camera angles and orientations to highlight certain areas on the environment in a more captivating manner

There are some cool and interesting weapons planned for the final game. The abilities of these weapons will make for a mild progression system

A feature called ‘Favor of the Gods’ allows the player to pick a God which empower the character’s attacks. Each God grants an element. Choose between fire, lightening, ice, earth and rage

When we started conceptualizing the combat for the game, a scale was created. Ranging from Bastion to Dark Souls, this has helped us to visualize the kind of fluidity and weight we intend for the combat of Raji. One of the weapon abilities we have added in the demo is chain lightning which, as the name suggests, makes the damage of a hit travel to nearby enemies. Another one of the abilities which we have tried out is lightning bolts falling from the sky and electrocuting the enemies

We followed the idea of making the character feel powerful yet vulnerable at the same time. To support the former, the character can perform finishing moves on the enemies which we call executions.

The game will offer periodic breaks from combat in the form of environment puzzles. We intend to use this tool to emphasize the story of the game.

The appearance of the Demons is inspired from the Balinese mythology. The character design for the Demons follows the signature mask style native to Indonesia. Currently in the demo, we have two Demon types which further have a sub-type each 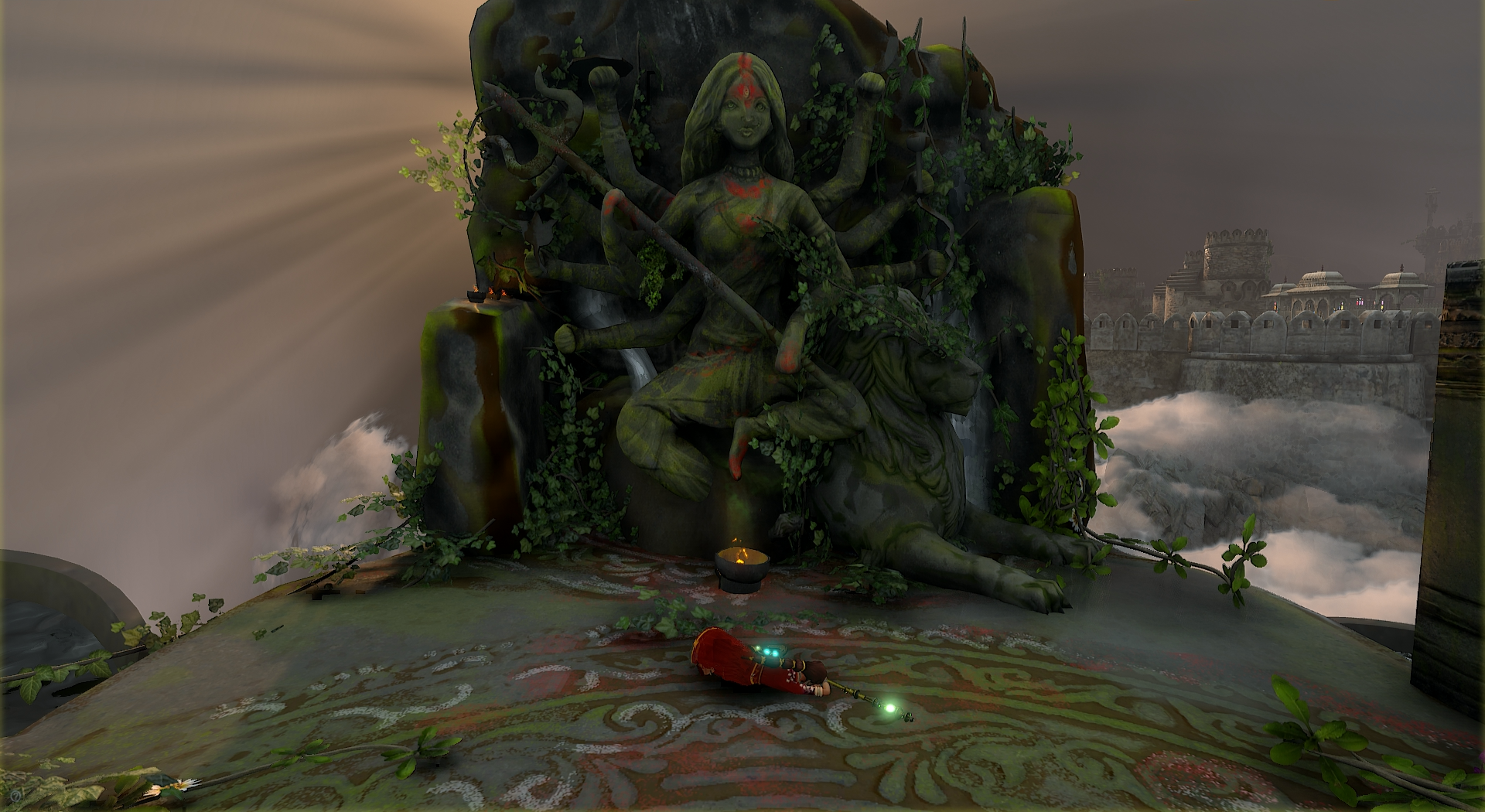 The demo is a result of 10 months of our dedication towards this project. The full game is estimated to take about 18 months from the time when we are able to raise enough funds to carry on with the development

Nodding Heads Games, incorporated on the 10th of January 2017, started off as a mere idea shared between three people a few years before it’s official establishment. One day, after several hours of conversations and iterations, the vision behind the first title was established. A game which would represent the lore, myths and culture from India. This vision would draw out a few more people who share the same passion for the concept, and would eventually become integral parts of the team.

Currently, Nodding Heads Games is a team of 8 people

Avichal Singh: Game Designer and the initial brains behind the concept

Shruti Ghosh: 3D Artist and the creative soul of the team

Ian Maude: 3D Artist, a pool of experience, and the maker of tea

Paras Chaudhary: Programmer, spends more time in the hospital than in the studio

Himanshu Thakur: Animator aka Beast. He has bested motion capture

Anirudh Singh: Concept Artist. He helps the team visualize the universe of Raji

Linus Tzelos: Composer and sound designer. The Greek who fell in love with Indian folk instruments 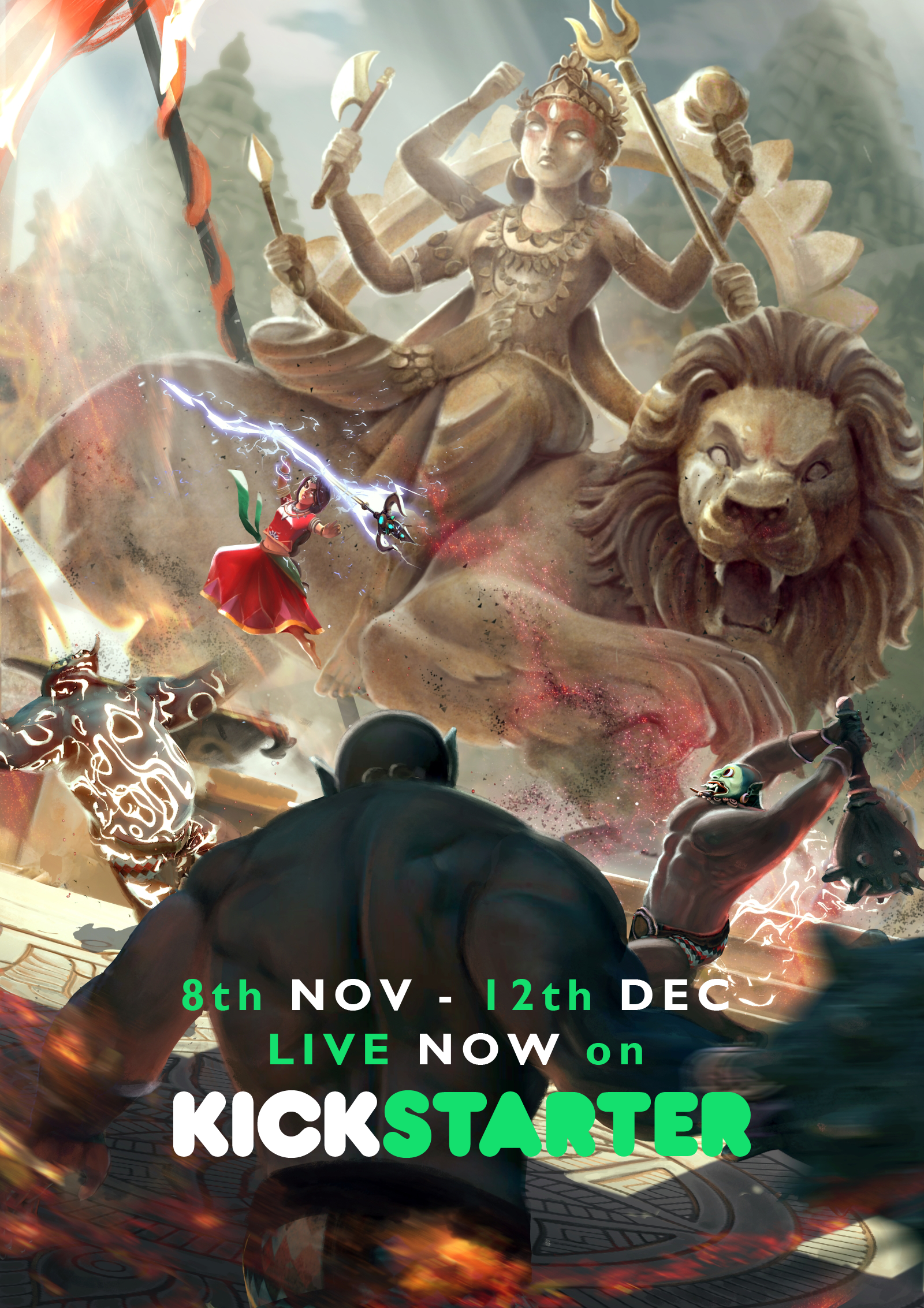 We were all looking for something like this in our careers, and Raji is where we all found our solace, so we wanted to give our best. This is not just a game for us, we wanted to set an example because “India” is predominantly looked upon in the West as a source of cheap outsourcing and call centres. Everyone on the team wanted to make a difference, and we’ve given everything, be it monetary and emotionally. As an Indian indie studio, we have gone through a year of struggle to make sure that this project sees the light of day. We truly believe that the Indian and Balinese mythology has a richness of knowledge and storytelling which is relatively untapped and unexplored. Since the video game industry is still very new in India we had no help from the government, banks or investors. Hence, to sustain ourselves throughout these 12 months we have had had to pool our savings, sell an apartment and take out personal loans from our families. Literally blood, sweat and tears have been shed. And now the project’s future is in the hands of the community. One year later in the story, we hope our efforts are reflected in our game and we hope you like what we have achieved. Let us complete this project with your help. Again, something else we can't emphasize enough is that we have literally sunk everything we own into this project, if the Kickstarter fails, then that is indeed the end, with a shed load of debt. Raji is a very unique game and has an awful lot of potential, it would be a shame if Raji’s story is not able to see the light of day

The team isn’t complete without our rescued furries. Their contribution to the game might not be direct, but they have played their part perfectly in keeping our spirits up during the harshest of times