In this update, I want to share with you two mobilized self-propelled howitzers.

During the Yom Kippur War, it was necessary to move quickly between battlefields, the mobilized self-propelled howitzers granted great advantage with their great firepower and the ability to move without the need for a towing vehicle.

The M-109 155 mm is an American-made turreted self-propelled howitzer which introduced in early 1960, it able to launch a projectile out to 8.8 miles (~14km away). The armored hull protects its crew and firing system from enemy fire as well as bad weather. The M-109 first came into operational use in the Israeli Artillery Corps in the Yom Kippur War, since then it has been in continuous use and has undergone many upgrades. Mounted with M2 50cal to provide close protection in case of need. The version presented here, which is the first operational version, can be identified by its short barrel and the large fume extractor. 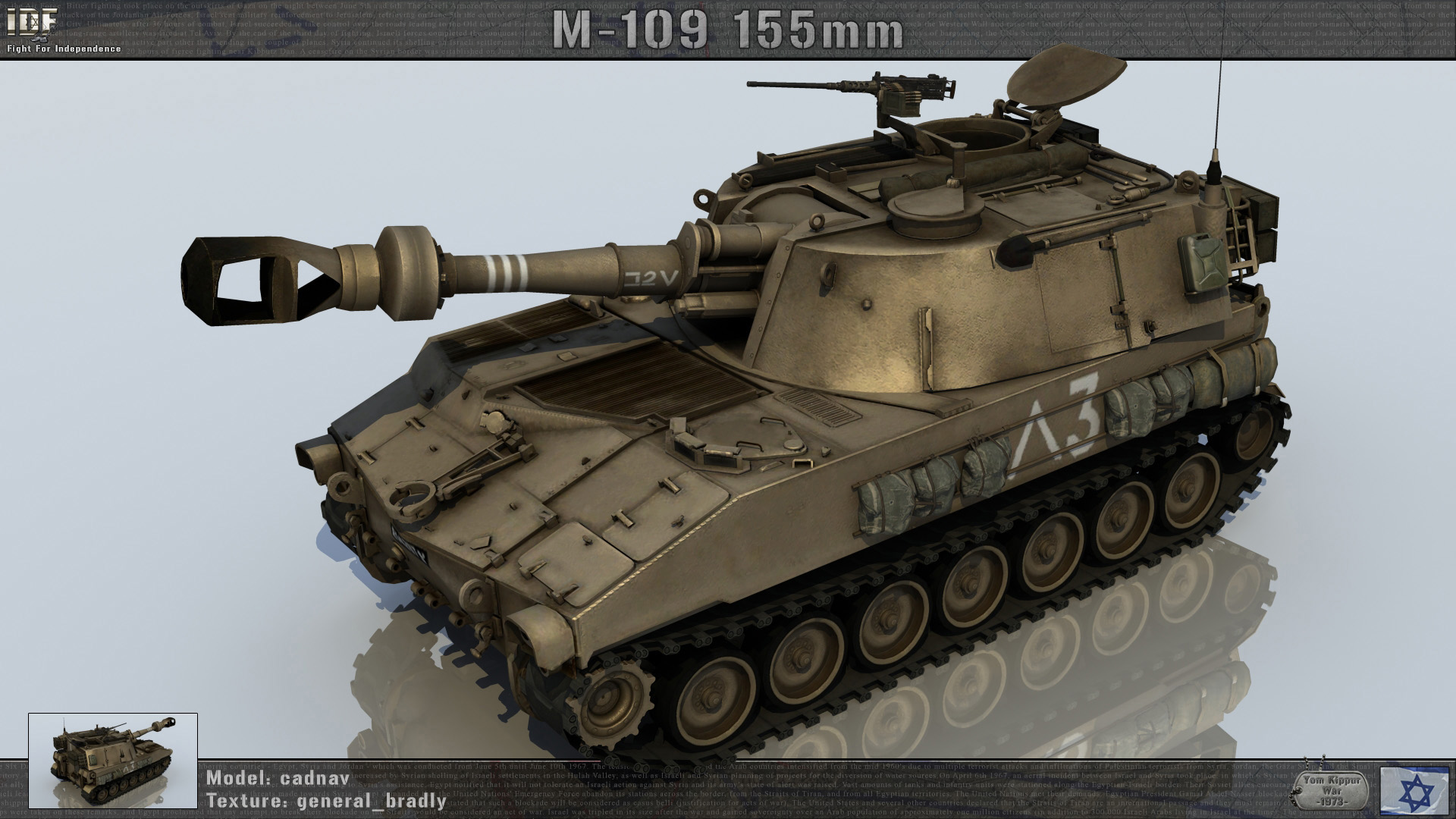 The model and texture were created by cadnav and General_Bradly. 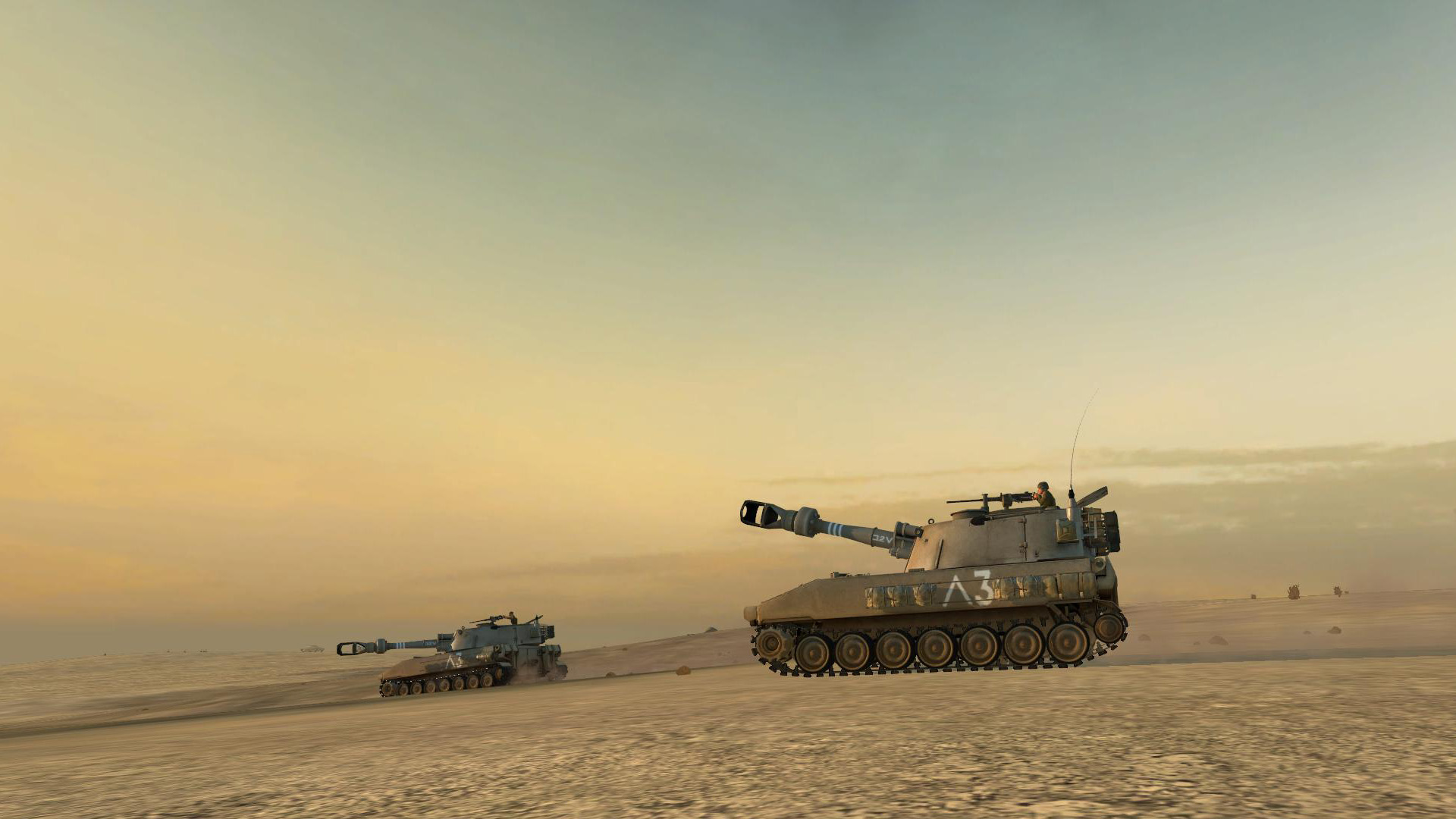 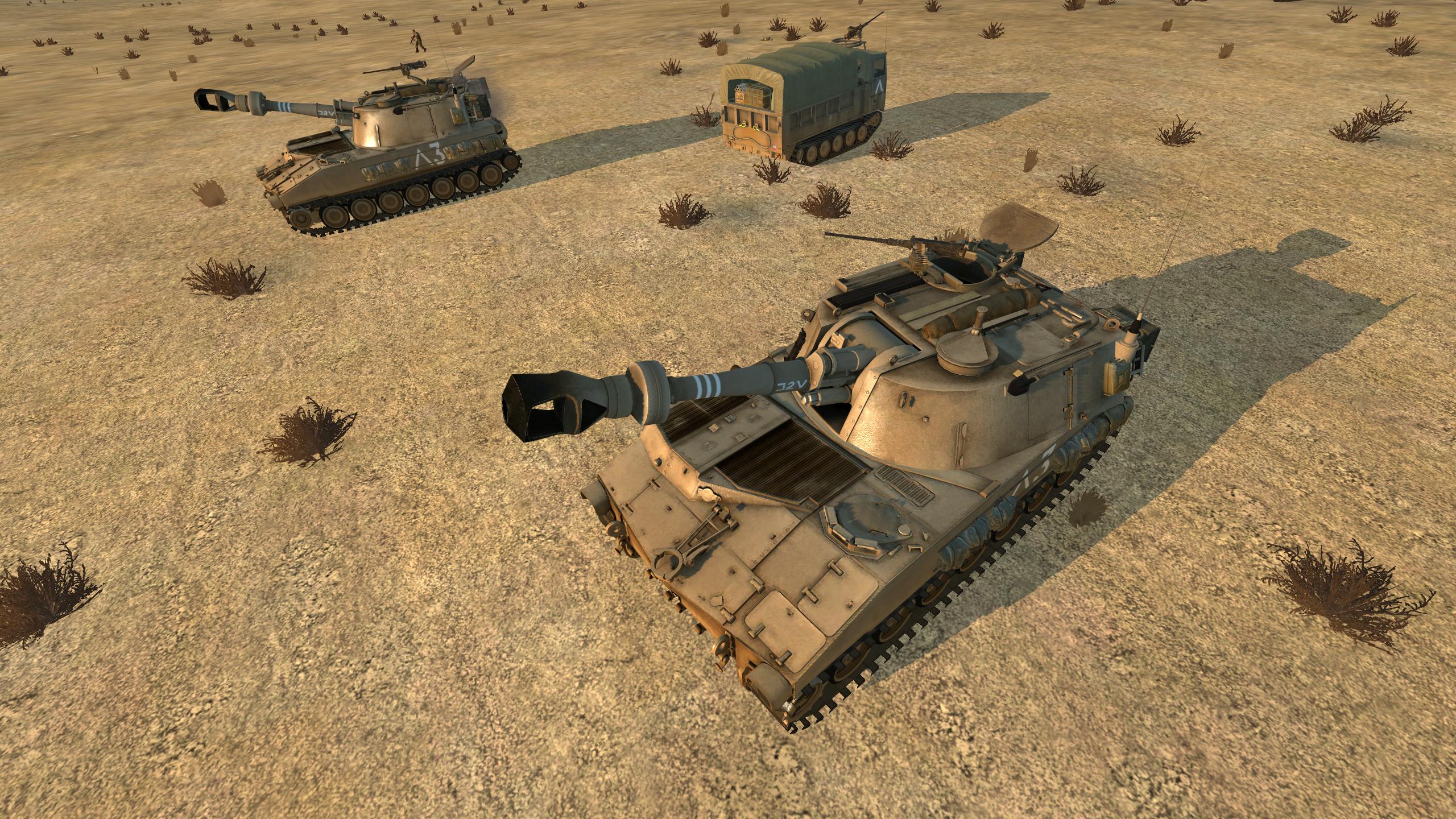 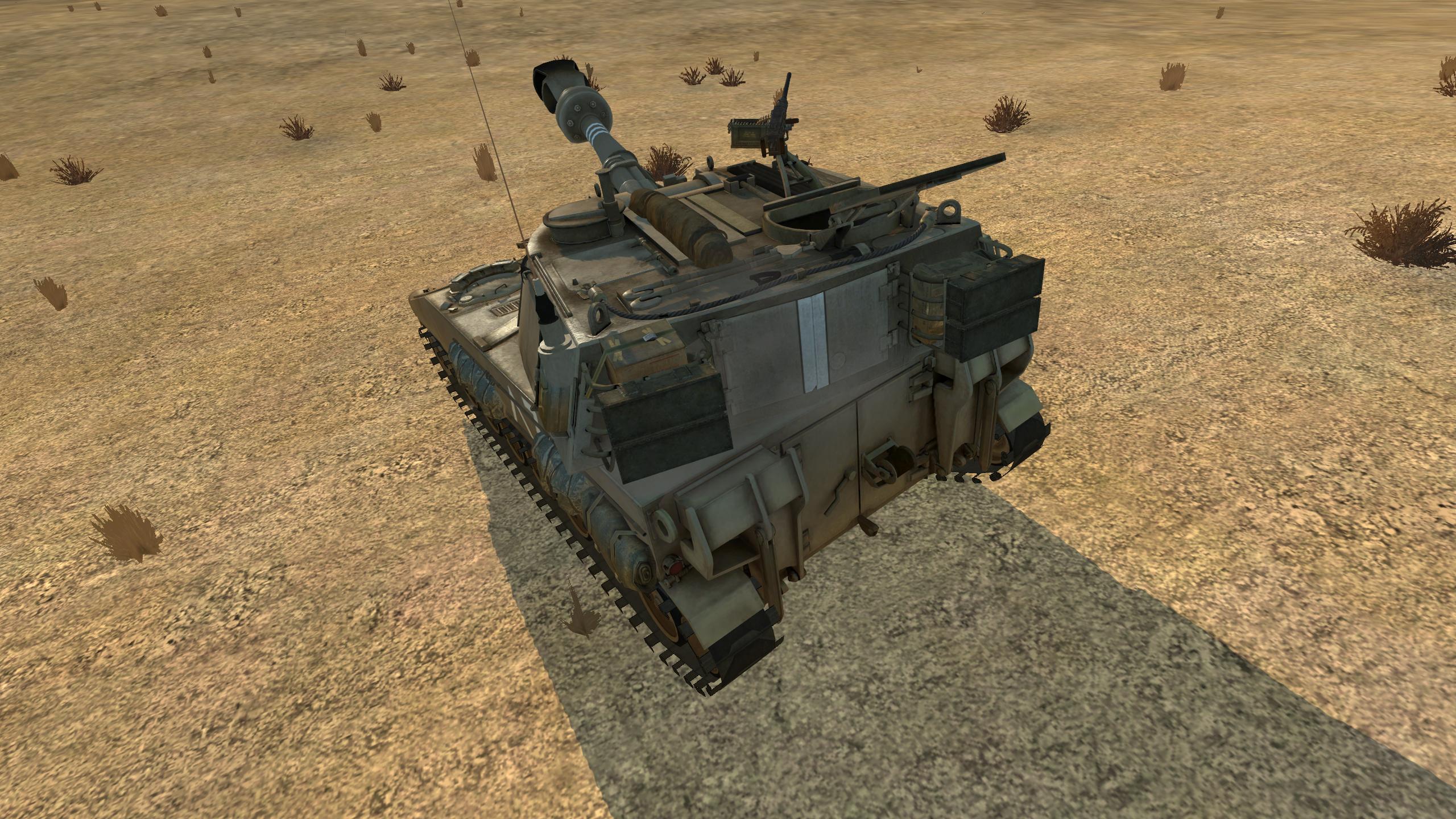 Next, is the M-110 203 mm is an American-made self-propelled howitzer, nicknamed "Cardom" (Hatchet) by the IDF. The M-110 was able to launch a standard projectile out to 15.5 miles (~25km away), it was the largest self-propelled cannon in the United States military arsenal. During the Yom Kippur War, when the IDF was running out of 175 mm ammunition, M-107 units were converted to the M-110. 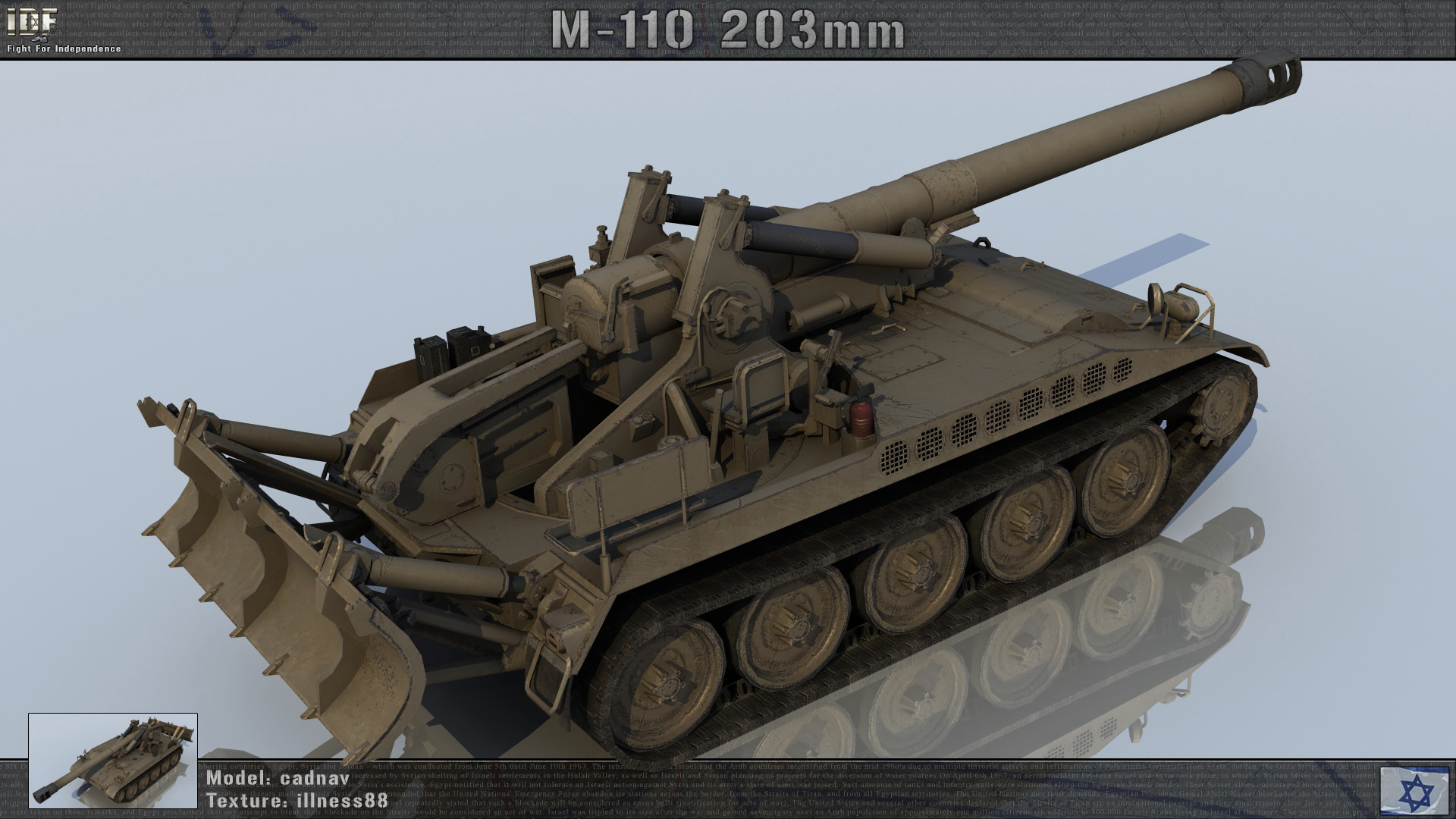 The model and texture were created by cadnav and illness88.