The July balance patch (1.0.1.4) is now available! It will be automatically downloaded by your BHP Launcher, which itself may prompt you to update if you haven't done so for a while. Lots of great new stuff and behind-the-scenes programming changes, but the focus was on infantry balancing and bugfixes this time around.

The brand new July balance patch for TS:Reborn update was just sent out, bringing players up to version 1.0.1.4 if you're keeping score at home. Your launcher will automatically prompt you to update before playing. If you haven't played in a while, you might have missed important updates for the Launcher itself, and might need to apply those as well. 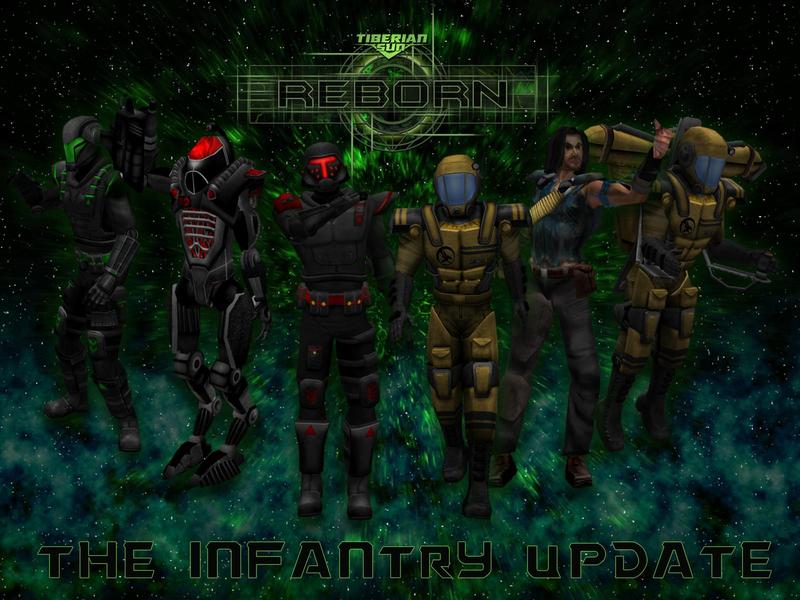 The goal for this patch was to correct several pressing issues with infantry combat, in the form of bugfixes and balance adjustments. Also included are stability improvements by the engine crew, some crash fixes, performance enhancements, etc. Plus we've included a variety of new graphical effects for weapons, a new crosshair, and more.

If you've had difficulty running the game in the past, or were unsatisfied with how infantry were balanced, you will probably be pleasantly surprised with this update. Some highlights:

While we have a small internal team of testers, we cannot test all circumstances and catch all bugs; some problems only become evident with higher player counts. Please help us as we try to improve our patch turnaround time by reporting issues in our bugtracker or ask for help on our forums if you have any problems or concerns.

Sounds good. Gonna have to hop on and give it a shot!

Very nice. This will make the game a lot better.

TS_Field just got increasingly more difficult for GDI. (Because it wasn't hard enough already if you're stuck as GDI)

hmm no buff for Mammoth mk2? commando changes are good but mk2 need some balancing too! he is kinda useless most of times because of his slow rate of turning and moving right now! also he need some serious changes in his targeting system! its very hard to hit anything!

She's really quite simple to control if you can figure it out.