Tsardoms Total War presents the new ancillary system with a host of famous historical characters. These characters will appear as ancillaries at certain historical dates in certain settlements offering various bonuses. We will have everything from famous humanists, the Neoplatonic Florentine Academy, scientists and technicians, court fencing masters and more.

An old team member VINC has offered to create a host of historical characters which will appear as ancillaries at certain historical dates in certain settlements. These learned men will offer various bonuses.

"Petrarch is popularly defined as the first humanist, however, figures such as Albertino Mussato, and his teacher Lovato Lovati are argued by many scholars to have preceded Petrarch an humanism in their use of classical works. Humanism, or "pre-humanism", began in Padua in the 1260s with Lovati modeling poems based on Ovid and Horace, followed by his pupil, Mussato, classicizing prose and modeling his play, Ecerinis, after the Senecan tragedy. The interest in classical works by the Northern Italians, is argued by Nicholas Mann to originate in the study of Roman Law, the Corpus Juris Civilis. Northern Italian early humanists, such as Lovati and Mussato, were often lawyers, and applied Roman law to contemporary legal situations. The lawyers studying these ancient Roman legal texts also became interested in other aspects of classical heritage: history and moral philosophy. The main interests of early humanists, such as Lovati and Mussato, did not lie in advocating for an emulation of historical Greece or Rome, but in the mythical worlds of Gods and heroes of classical Latin poetry. The early humanists did not have as romanticized a view of the superiority and glory of ancient societies, like later humanists such as Petrarch, as their works predominantly attempted to evoke the emotions and thoughts of ancient society."

We will have everything from famous humanists, the Neoplatonic Florentine Academy, scientists and technicians, court fencing masters and more. 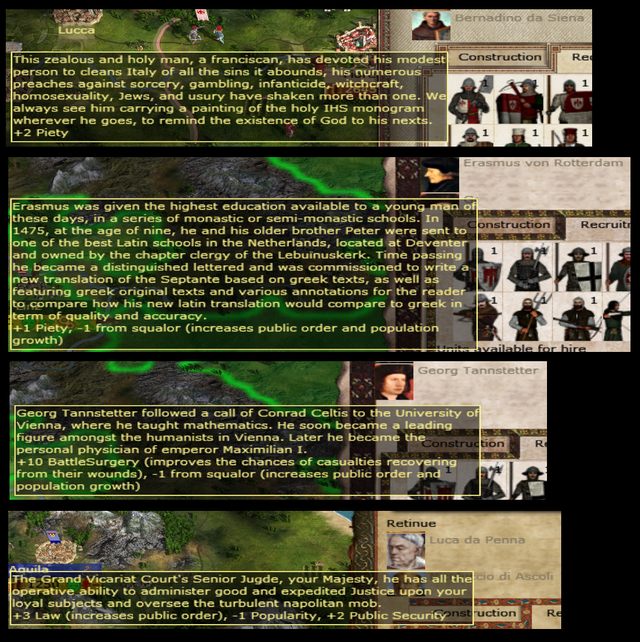 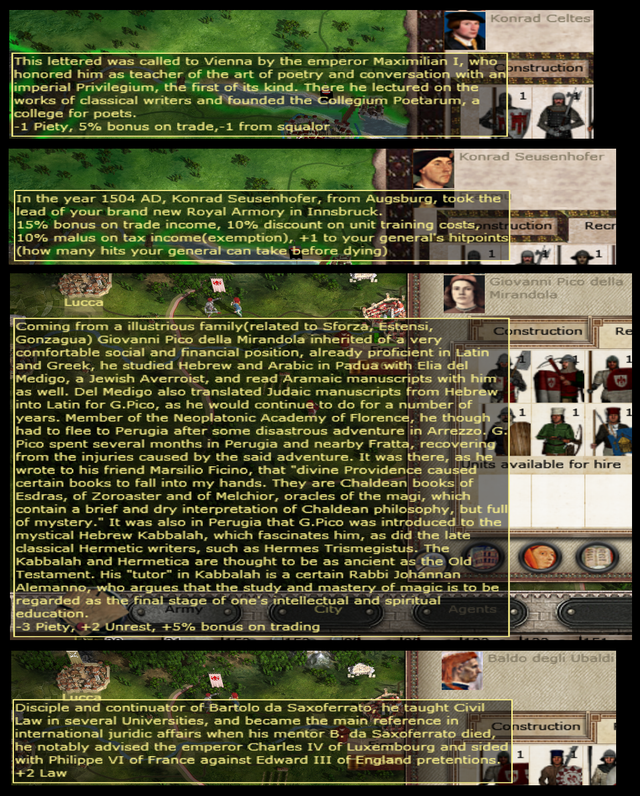 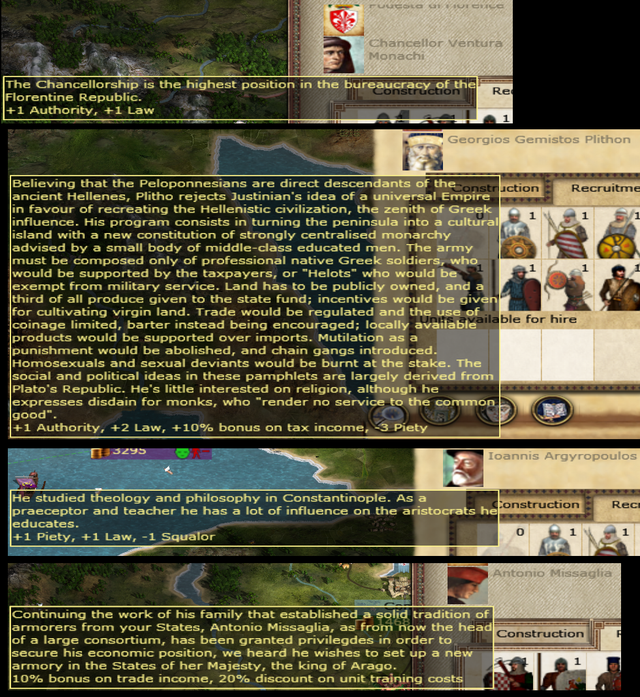 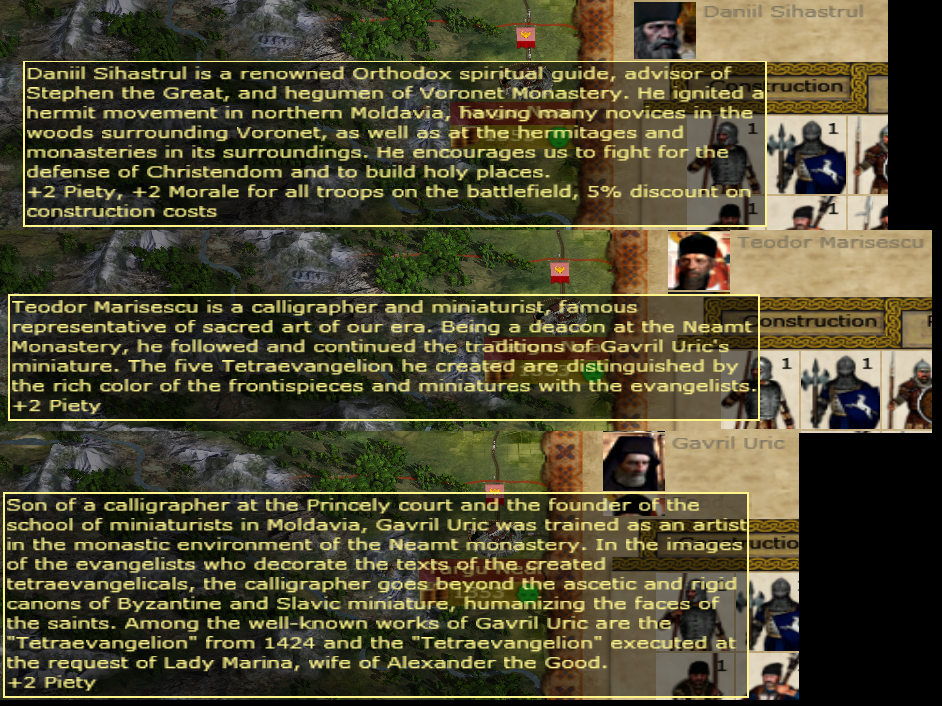 Humanists(piety loss, unless otherwise specified, but some learning bonus or whatever):

Dondi dell'Orologio 1330-1388 Clockmaker, astronome, created an Astrarium
Filippo Brunelleschi 1377-1446
Mariano di Jacopo 1382-1453 superintendent of roads and hydraulic engineer.
Luciano Laurana 1420-1479 Architect, of croatian origin(Lucijan Vranjanin), worked for aragonese Naples and romagnol lords(Urbino, Mantua, Pesaro...)
Jacopo Berengario da Carpi 1457-1530, active from 1489(degree obtention) to 1522.NB: Anatomist, famous surgeon, pionner in chirurgy, opposed to Galen conception of human anatomy.
Vannoccio Biringuccio 1480-1539 Famous metallurgist NB: "In his career, he was in charge of an iron mine near Siena, and also in charge of its mint and arsenal. He was in charge of casting cannons for Venice and later Florence."

This is one of my favorite mods. Keep up the great work!