The latest version of Software Inc. features an entirely new traffic system, which includes being able to build roads and parking for your employees.

Traffic and road building has been added to Software Inc.

Up until now, if you decided to build offices opposite to the road on the far end of the map, employees would end up spending most of their workday just walking to the office. To fix this problem, I added a traffic system, so you can build parking near your buildings and allow your workers to reach their computers on time (Richer employees obviously have fancier cars, which arrive earlier).

Below you can see a picture of how the game handles traffic internally. There are 4 road pieces, a dead end, a straight road, a T-section and a cross-section, each of which are rotated to connect up as you build the roads. Each of the road pieces have some internal nodes that describe how to get from the north to south, east to west, west to north, etc. The game then wires up these nodes when adjacent road pieces connect and the cars use them to find their way from A to B. The entire system is built using the same system employees use to find their way to their offices, so as I made some major improvements to the traffic system I also improved pathfinding for employees. 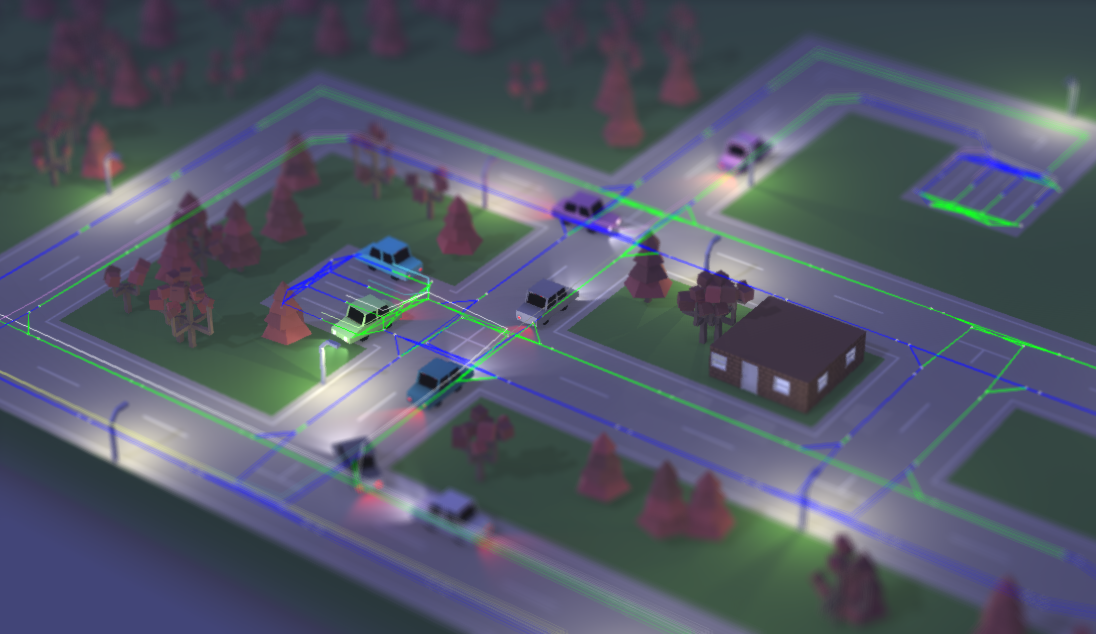 A problem I stumbled upon while testing this system was that cars would sometimes make circular traffic jams, as shown below. There are no traffic lights, so cars rely on other cars letting them pass as they move across intersections. If the cars form a circle, they will be forever waiting for the next car to move. I fixed this by continually keeping track of these circular jams and allowing for cars merging through each other if necessary. 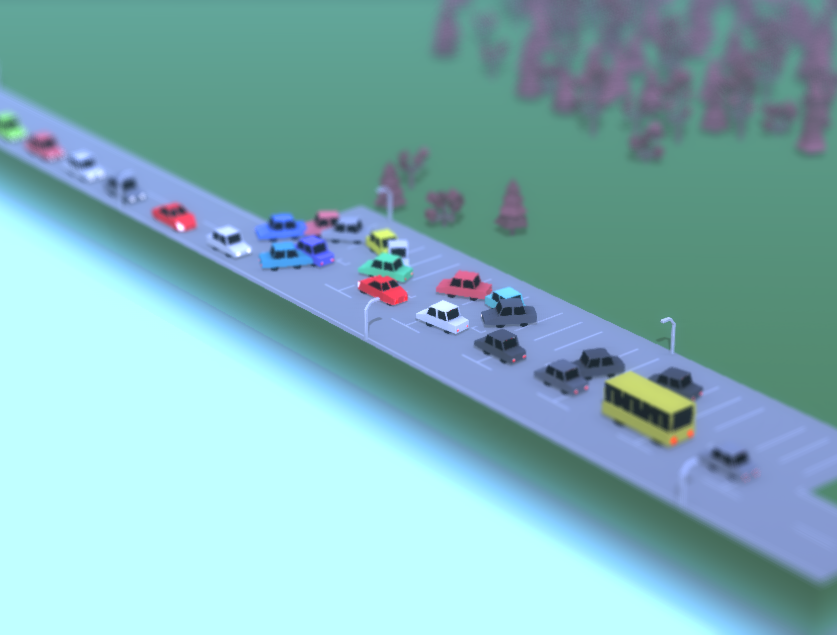 In the previous versions of Software Inc., employees would spawn near the road, but because of the new road system, I decided to add a bus, which arrives each hour and loads off employees. It seems like a neat little feature, and it incentivises building roads, so employees aren’t forced to only arrive once an hour.

After some deliberation, I decided to keep the current offline version running after the Steam release, which is purchasable through the main site. If you buy Software Inc. before May 1st, when it releases on Steam, you will receive a Steam key. Afterwards, you will have to decide whether to get the Steam version, which requires that Steam is running to launch, or the offline version, which requires an unlimited use license key (no online activation). 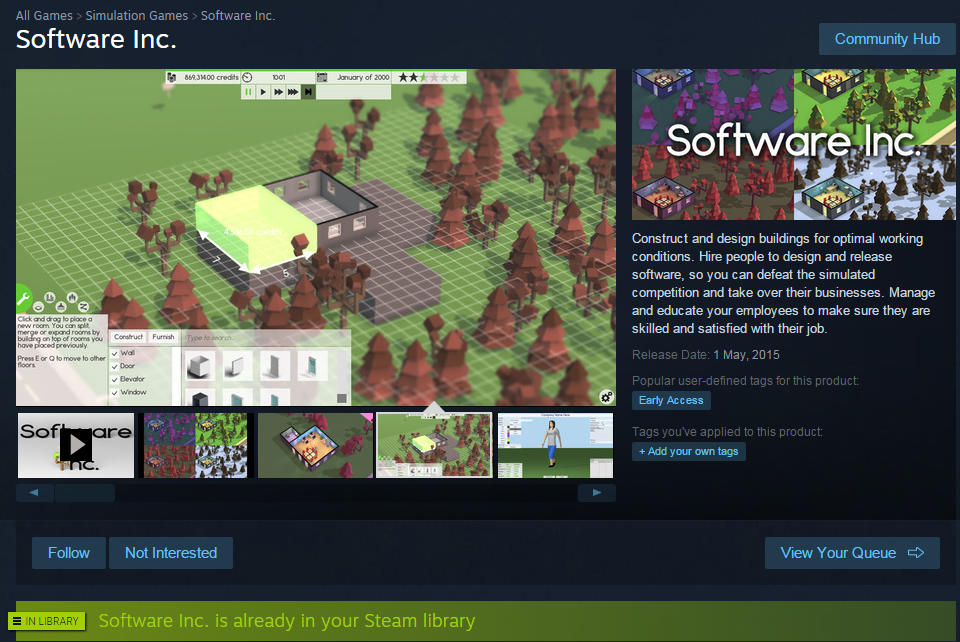 so looks good so i would like know if offline version would be updated often? or have a enable online feature if i ever need to switch between online and offline

The offline version will be updated at the same rate as the Steam version. The mac version might be updated less frequently on Steam initially, since I need a Mac, which I don't have.

The offline version will not have synchronized achievements, stats and Steam Workshop integration, when those things get added.

I'm not entirely sure what you mean, but just to clarify: There are no online features in Software Inc. beyond the Steam integration. "Offline" simply refers to the fact that you can play Software Inc. without an internet connection. You are probably already aware, just wanted to make sure that was clear.

Edit: Just realized you're asking whether you can switch to offline if you lose your internet connection? That will depend on Steam's "Go offline" feature. If you have both versions you can copy/paste the save files to the offline version, if you can't open Steam. Again, only the Steam version will have achievement/stats synchronization, which will be added in the future.

hey this its getting strange and simcitesko

Its like using navmesh that enemy's get but with always active loop.

an unlimited use license key (no online activation).