"Something I miss in the Vanilla PW was the possibility of getting gold periodically."

"Something I miss in the Vanilla PW was the possibility of getting gold periodically."

That's the feeling of some PW players. To resolve that, Persistent Napoleonic will have a trade route system. Have you played Napoleon Total War? The ideia is the same. Factions will fight to maintain the control over the trade routes.

There will be 10 trade routes names: Boston, Savannah, Santos, Calcutta, Cameroons, Tunis, Izmir, Trabzon, Ochamchira and Tianjin. So, the limit of trade routes in a scene will be 10. 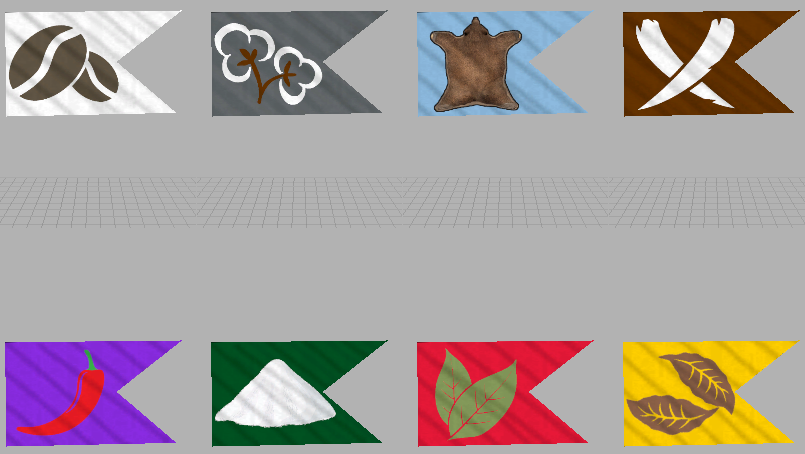 The trading routes will give the controlling faction(s) some gold every 10 minutes. The money will go directly to the faction's money chest. The income will be defined according the product:

Check a quick video of this new feature: