Right now (being the last day of June), it really isn’t looking like we will be hitting the June deadline that I posted a couple months back. I will explain why shortly, but for now, its looking like a Halloween 2019 release.

An update on everything and where the project stands right now...

Right now (being the last day of June), it really isn’t looking like we will be hitting the June deadline that I posted a couple months back. I will explain why shortly, but for now, its looking like a...

Quite far off the original estimate April… 6 months late.

When I set forth to create the Directors Cut, this was under the assumption I would be working part time on it, but there have been many factors this year that have taken time away from the project, one of them being starting a new stand-alone game (which, hopefully, you’ll all get to see sometime this year).

Right now, half of the new chapters are completed, all the new weapons are modeled and working in-game in various stages of completion. 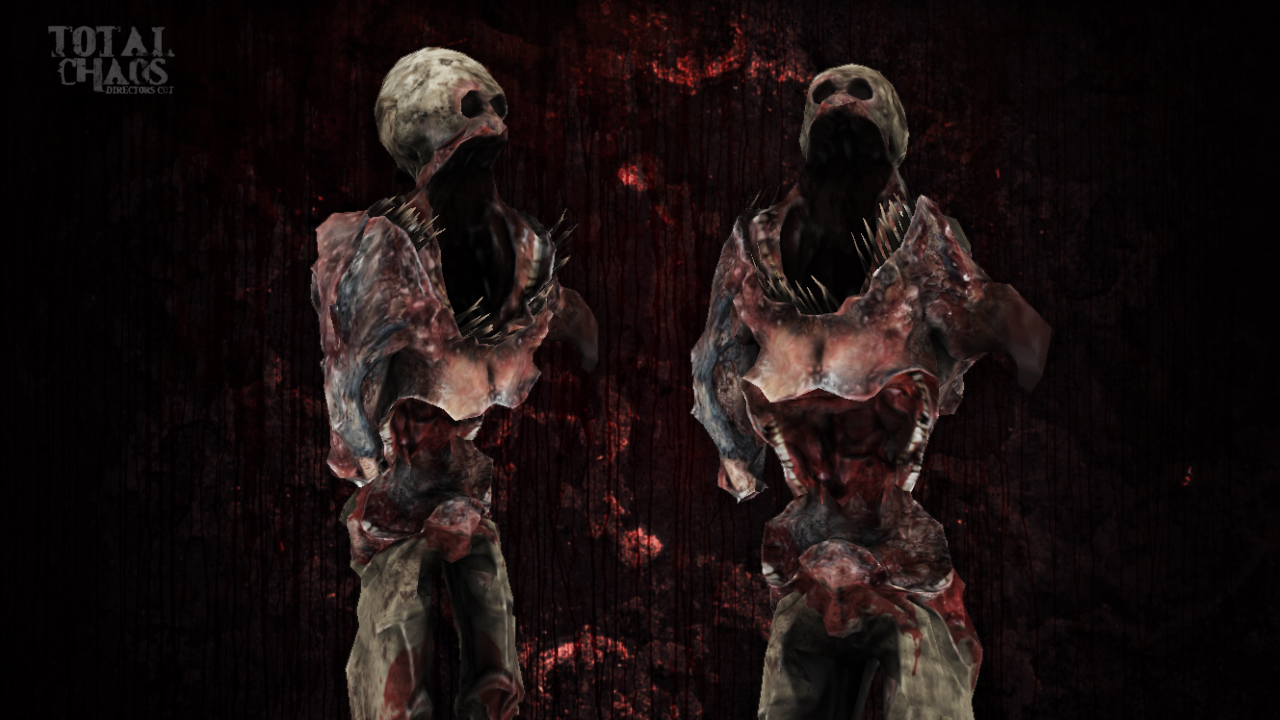 About 80% of the new enemies are modeled and animated, but all that is left are the 4 bosses that you will encounter during the story mode. A lot of the new systems, like body-armor, are in and working as expected.

In theory, there is enough content available in its current state to release as a chunky stand-alone expansion, but I didn't want to stagger the release of content, as I imagine this would cause fatigue in replaying the story-mode to experience it.

It is becoming apparent that this will be the last time I will revisit Total Chaos. After the Directors Cut is released, I will no longer be working on the project. This has added pressure of making sure I get this right before releasing it and moving on to the next thing.

It is getting harder to find time to work on this, but at the rate I’ve been going at for most of the year, I believe this is the best estimate. I believe it is a solid release window too as it has significance (being 1 year since the first release).

I understand the frustration in having to wait longer. I am humbled to have a fan-base that are patient and willing to wait till I get this right. I am hoping it is worth the wait.

No frustration at all here, on the contrary: I'm glad you take your time for the DC. It will be the crowning finish of that outstanding and unparalleled project. I've been following Total Chaos for all the years of development, so a few months more for the glorious final polish don't bother me at all. I'm sure the experience will be worth it.

Take your time. I'm sure it's gonna be great :)

Great work. Looking forward to release. Thanks for keeping us updated on progress.

Take as long as you want :D
Will be happy to play it for the first time as the full "experience" so keep going and see you when it's done!

Ooo! A new stand-alone game!
That I am definitely willing to wait for...
Keep up the hard work

I'm just glad for a frank and honest appraisal of the state of the mod. Too many mods pretend that everything is hunky dory while they're coming apart at the seams. I only wish more did this common courtesy of honest and reasonable explanations, though I don't deny I wish I could have played this sooner.

It looks so promising!