PLA General Staff announced the plans for the intention of strengthening the number of vessels of the navy as a straight response to the American expansion of its military bases closer to our homeland.

"Good day, China. This is Sun Meiying from BCTV."

"Today, the General Staff announced the plans for the intention of strengthening the number of vessels of the navy. The reason given too the public was to increase the security of the people on the coasts against the GLA incursions which have been recently directed on the trade ships and naval docks. The General Staff also informed that the larger contingent of the military vessels is straight response to the American expansion of its military bases closer to our homeland. The way the Americans would expand so fast on the seas to dock and maintain their destroyers, battleships and aircraft carriers closer to the Asian continent is not known, but this potential threat is the reason for the needed expansion of our naval forces." 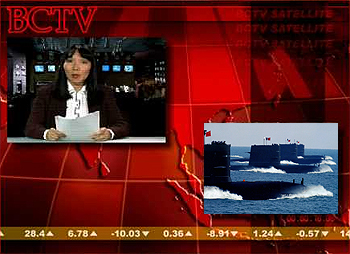 "Our navies are composed of smaller escort ships, destroyers, and submarines, the largest of them carrying nuclear warheads. Right now a group of nuclear submarines are leaving ports are moving out from Huludao submarine docks into their classified positions across the Pacific ocean, to protect our land and people."

"By the estimations of the General Staff, a batch of new vessels should be ready in two months. In six months from now a quarter of the planned navy should be finished, and the total order be finished in 18 months. We will keep you informed about this development."

Today's update story is not long like the previous ones, but it is an important element of the story of Tidal Wars. China is not aware of the method used by the USA to quickly produce the new naval shipyards across the Pacific and Indian Oceans, and as a response they are mobilizing their fleets of ships and submarines, even sending the tactical nuclear submarines, even increase their might on the seas with more ships, optic to their tactic used on the surface. How will this continue? You will see in the next update.

Without any more delays, lets jump to the content of this update. As you have guessed, today we are bringing you the first Chinese units. Lets take a look! 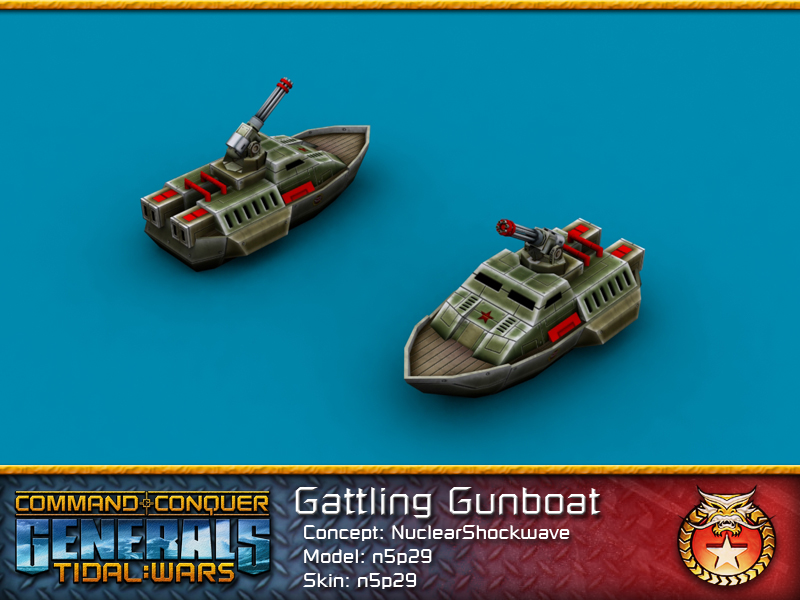 For a time the PLA Navy possessed slightly above average arsenal of naval crafts, with large portion of these being attack and tactical submarines. The rest were destroyers and missile cruisers who were mostly kept as defense rather than combat one. The Gattling Gunboats are small and fast vessels with large diesel engines that were used as patrol and escort boats, protecting China's coastline. They escorted large transport vessels, warships and even submarines during the war, proving their worth, and as such they remained in service to this day with just minor refits to keep them in line with the modern day technologies.

While the gunboat is armed with only the Gattling cannon, the new improvement to the cannon design enables it to reach the maximal spin faster, thus able to shoot down enemy fighters faster. However, engagement with larger ships with dedicated anti-armor weapons is not advised by PLA General Staff. And despite its speed and easy production, Gattling gunboats are not meant for scouting missions, as they are not equipped with sonar and radar required to find submarines or stealth fighters, respectively. 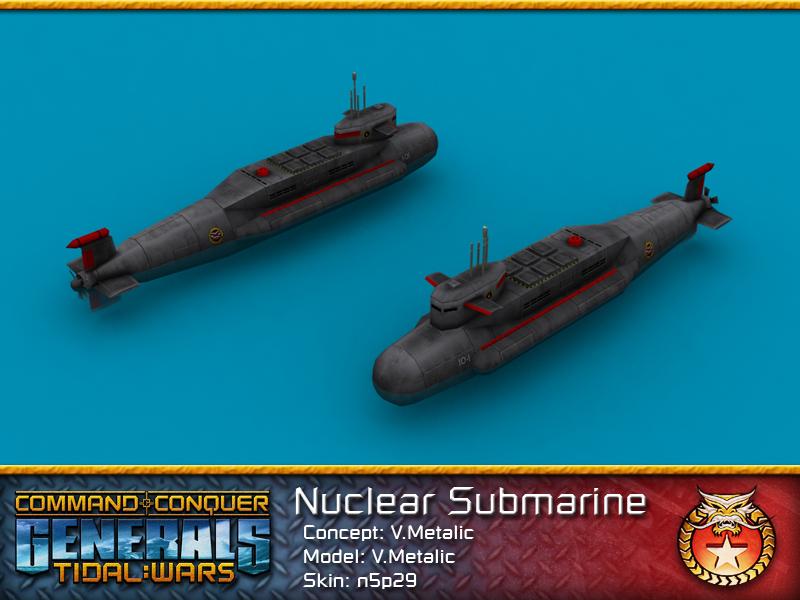 For many years the PLA Navy maintained strong submarine fleet made out from bought Russian submarines. To upgrade this arsenal to their liking, China refurbished them and started producing these submarines under their name and with features they deemed adequate. Beside the attack submarines, PLA Navy has in its arsenal a significant number of nuclear warhead submarines that are kept in secret sub pens, only called when the country is in serious danger. With the start of the war with GLA, the nuclear submarines seen action in bombardment of terrorist coastal bases and strongholds that were further in the inland but in the range of the nuke missiles.

The nuclear submarines are a devastating vessels of the PLA, their nuclear missiles are comparable to the shells of the fearsome Nuke Cannons, in addition this the submarine fires three missiles in a row to cover a larger area. And like any modern submarine, by diving underwater, while being equipped with nuclear reactor propulsion rendering them practically noiseless. Only specialized sonars and observation equipments are able to spot them. To fight with other vessels, the submarines are also equipped with two forward-mounted torpedo launchers. But for its cumbersome design the turning is an issue, the targets that get too close can outmaneuver it, thus the constant escort of combat vessels is required to keep this valuable asset safe.

We hope that you have enjoyed the new units shown here. This may give you an idea on what direction the Chinese watercraft will take.

And as a bonus, here's a promotional render of the Nuclear Submarine made by Keksz. 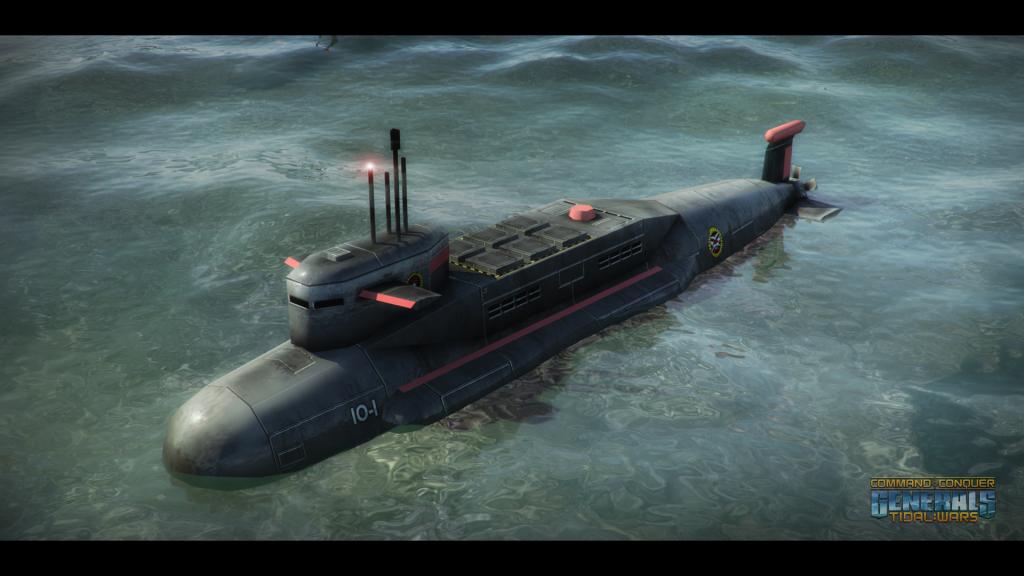 That's it for now. See you in the next update!