This week we release the third chapter of the storyline and three new screenshots featuring a run down auto garage and it's surroundings in the very heart of Hovgård.

Storyline - Chapter Three: Those with No Eyes

“Haha, very funny. Sweden has some of the most beautiful features this side of Europe,” Roy chuckled at first but quickly remember just where he was, “You know why we’re here…”

With a soft smirk Roy turned and pointed at the deserted town, “Welcome to Hovgard Aut October” Roy didn’t know if ‘aut’ was Swedish for ‘in’ but he thought it sounded good enough to fool Adam. His good friend merely chuckled and stuck his hands into his pockets. The two of them made their way down the road a little way, scanning the fence for weak points as Roy continued, “A Ms. von Torndahl called the editor saying something nonspecific about a big story about to unfold in this small town. We’re supposed to meet her somewhere, but I’m not sure how we were supposed to get past that locked gate back there.”

“Over here,” Adam pointed to a low spot along the fence, age had worn it down enough that there was a sizeable gap for them to climb. As Roy made his way over, his shiny new Camera fell neatly out of his coat, caught only by the strap around his neck. Roy took a camera with him everywhere, he never knew when he might need to take that award winning shot for an article.

As he tucked it behind him he looked upon the vista before them, a worn pristine looking old church. He wasn’t sure when it was made, but it looked old. They had come in behind it, the untamed grass matted down under their steps. Roy stopped to look for stains on his shins but quickly picked up the pace meeting up with his friend at the back door to the church and helped him force open the door. 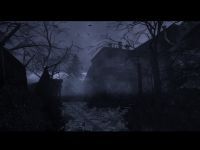 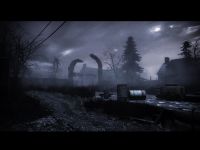 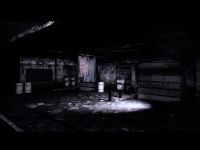 Further parts of the game's storyline will be released frequently. Only about a tenth of the media content we produce will be showed on the net to keep the mystery alive.

Web designer:
Must have knowledge about HTML, CSS and JavaScript. Minor PHP skills needed. Must have excellent skills in Photoshop and other web design support programs like Dreamweaver and/or Frontpage.

"Must be open to be called 'Spike', 'Doc' or 'Scooter', at all times. "
:D
mod sounds (and looks) interesting, will track it

Interesting title, I take it has a purpouse? =D

Looking better and better Milo, good luck with it.

Can we see other colors than blue, guys? :]

Blue is the color of the cursed night that the game is set during. ;)

Beautiful work I must say.