This announcement is about the third reward command tree for Eastern Front, and the second for Ostheer. It was supposed to be shown last week but it wasn't finished, so we post it now.

This weekend we have to show the reward tree that was supposed to come last week; this time is for the Ostheer faction and replaces the Army Elite Troops tree. The internal name we have for the tree is "Defenders of Budapest". Enjoy it!

Allows your vehicles to gain veterancy at a faster rate. 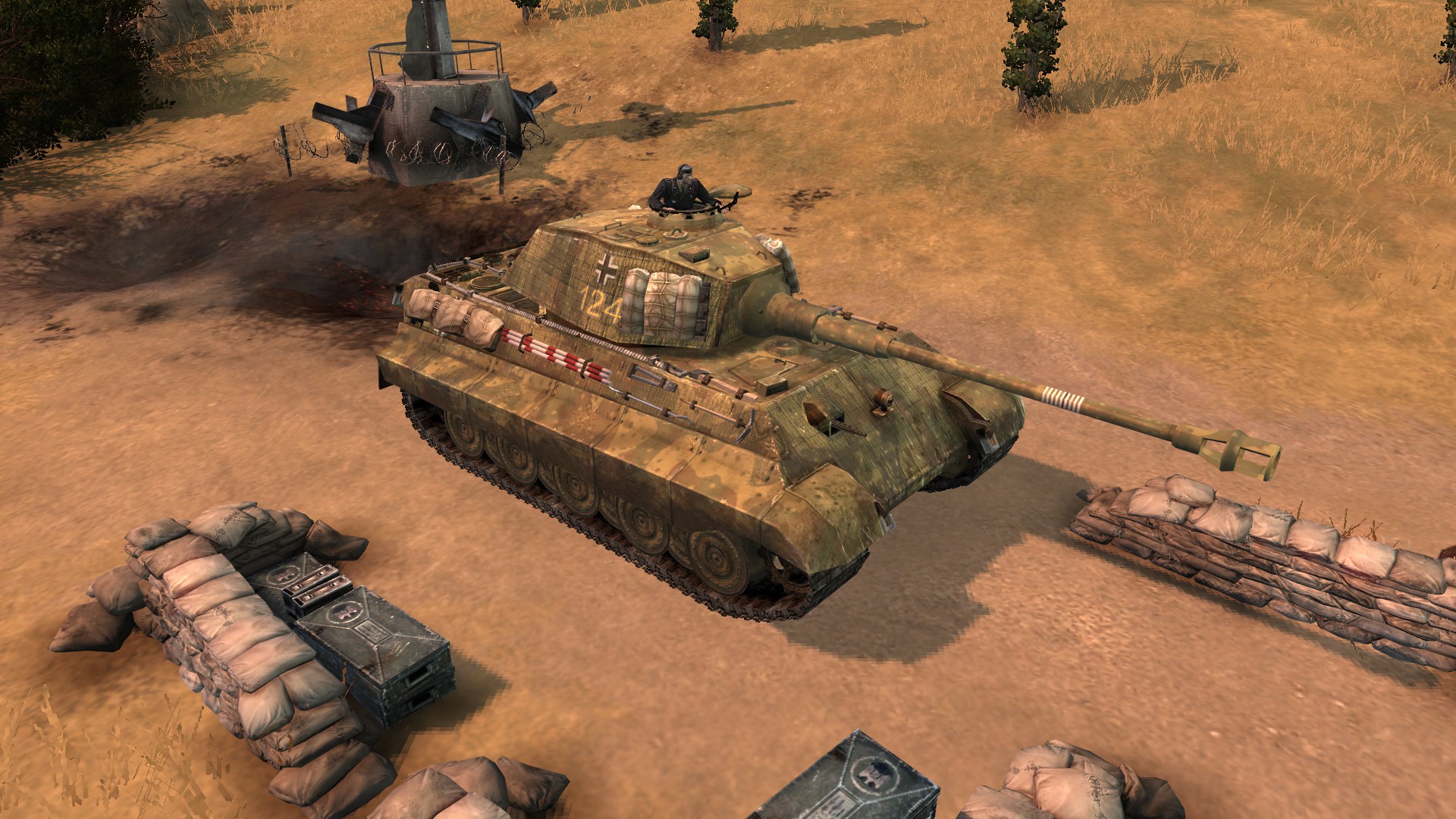 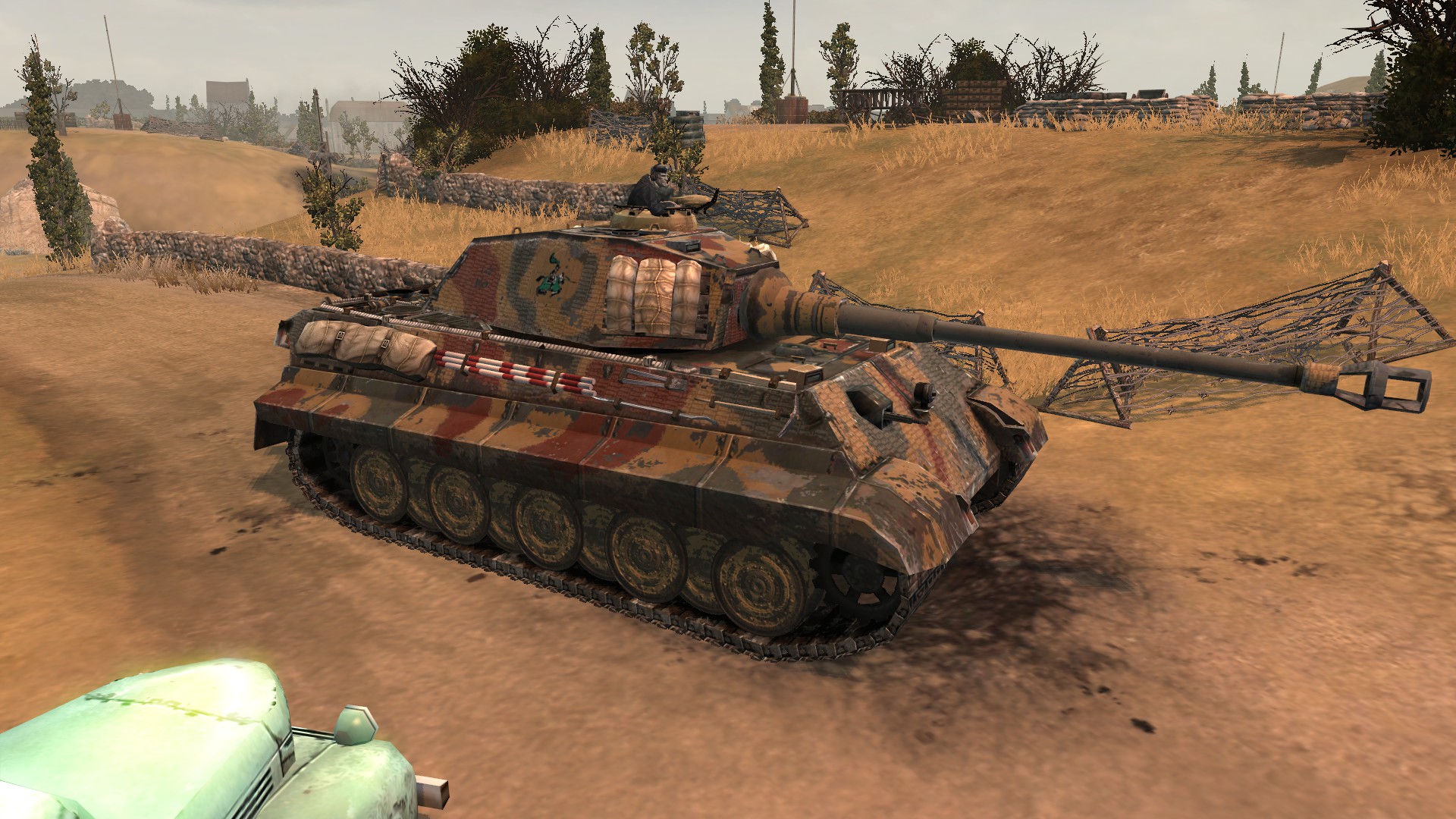 The moment you activate this ability, all units in cover or inside buildings won’t be able to move (or move at a slower pace), but won’t die to artillery or explosives, and take reduced damage from small arms fire. This ability is short, but should be able to protect you for a little while from your own artillery or enemy grenades and the like. Duration is around 8 to 12 seconds. 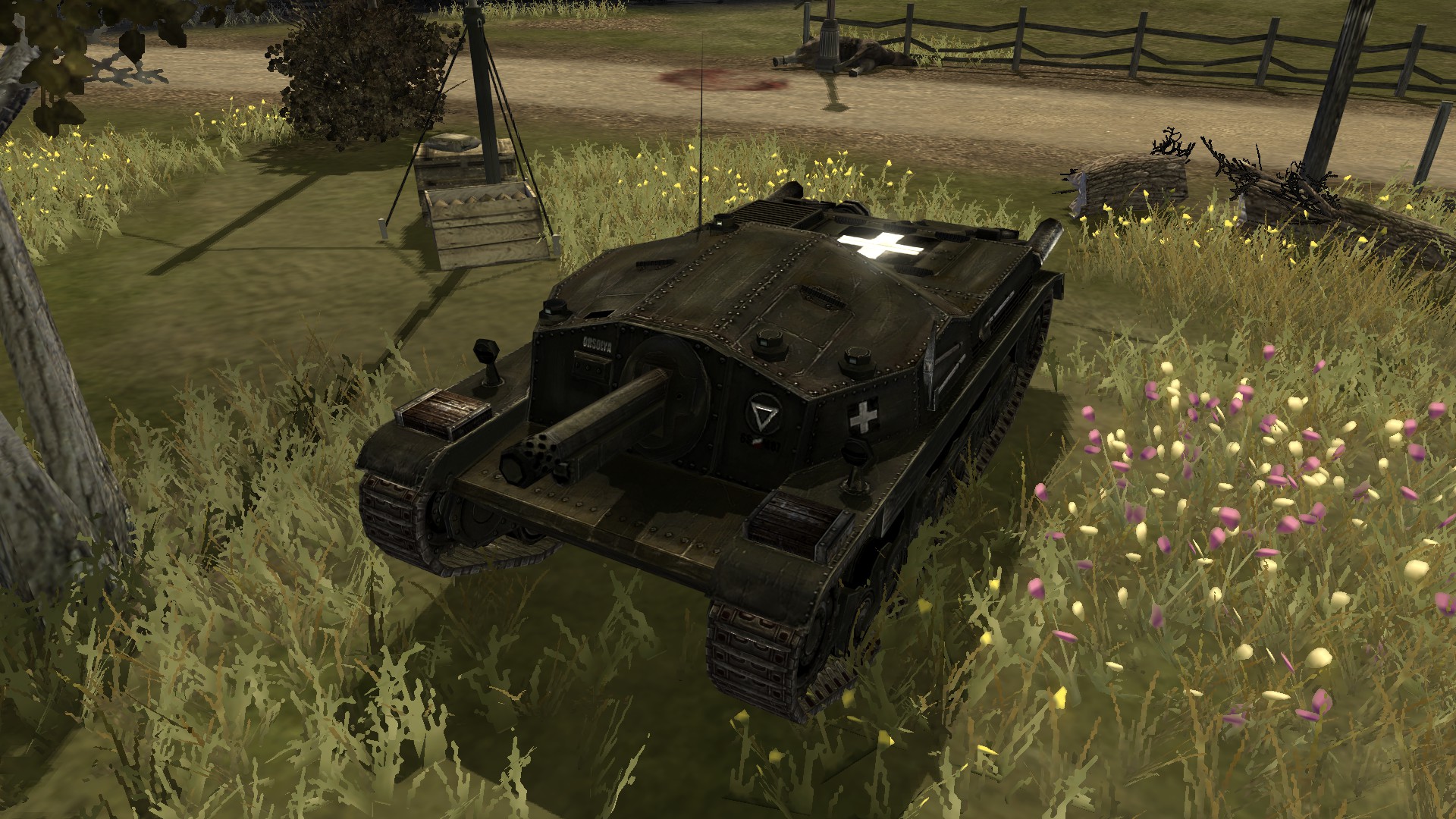 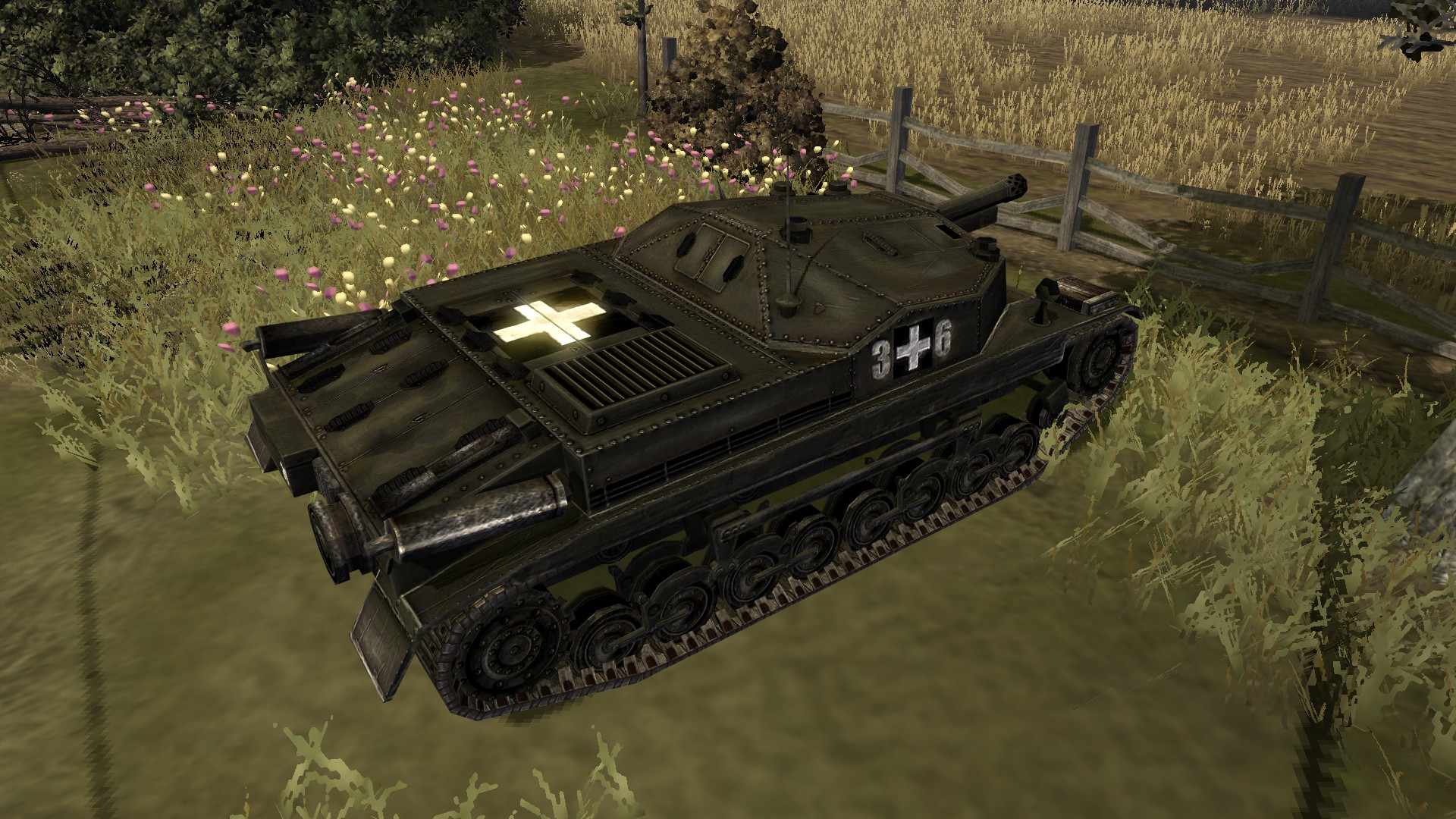 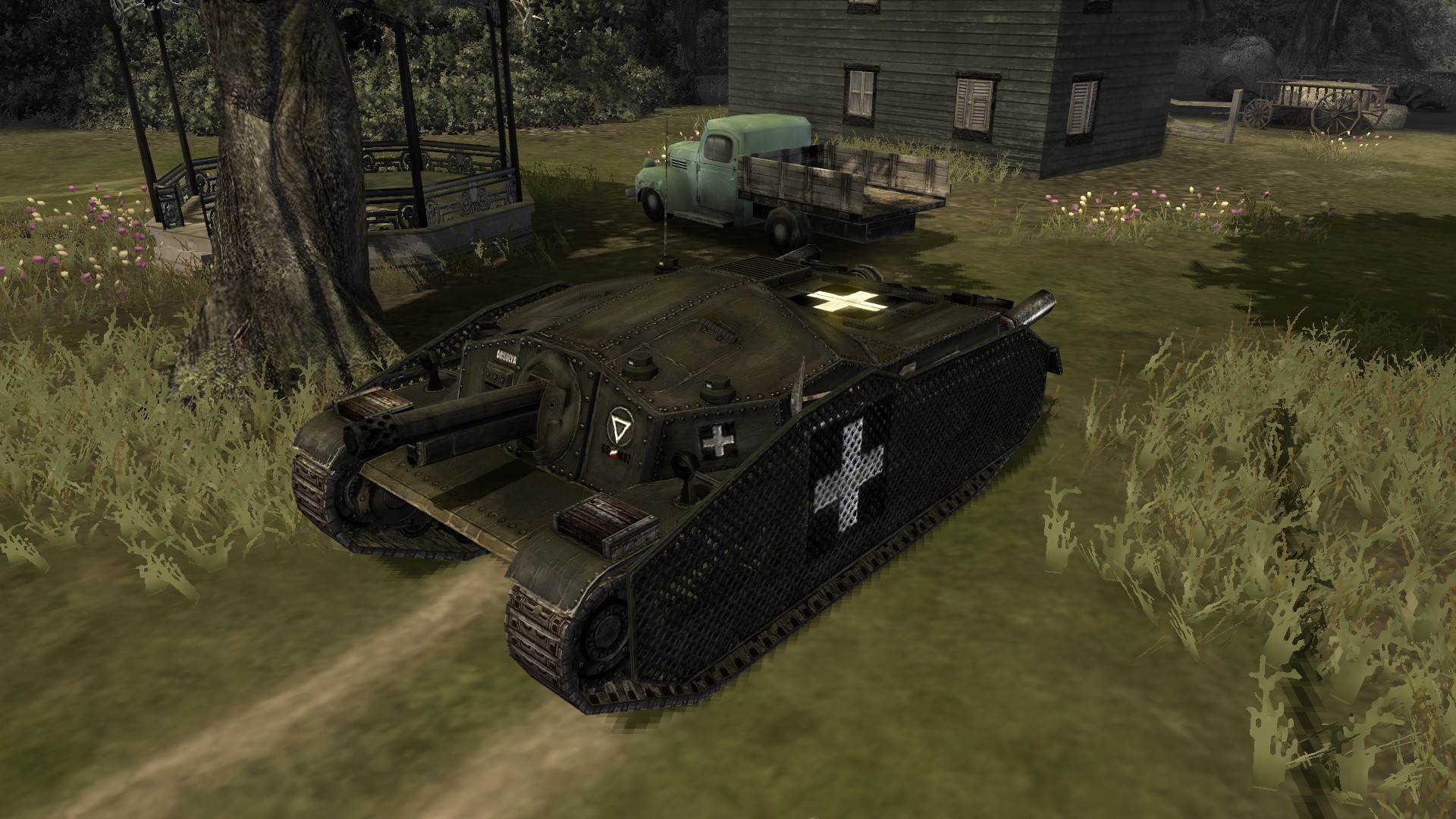 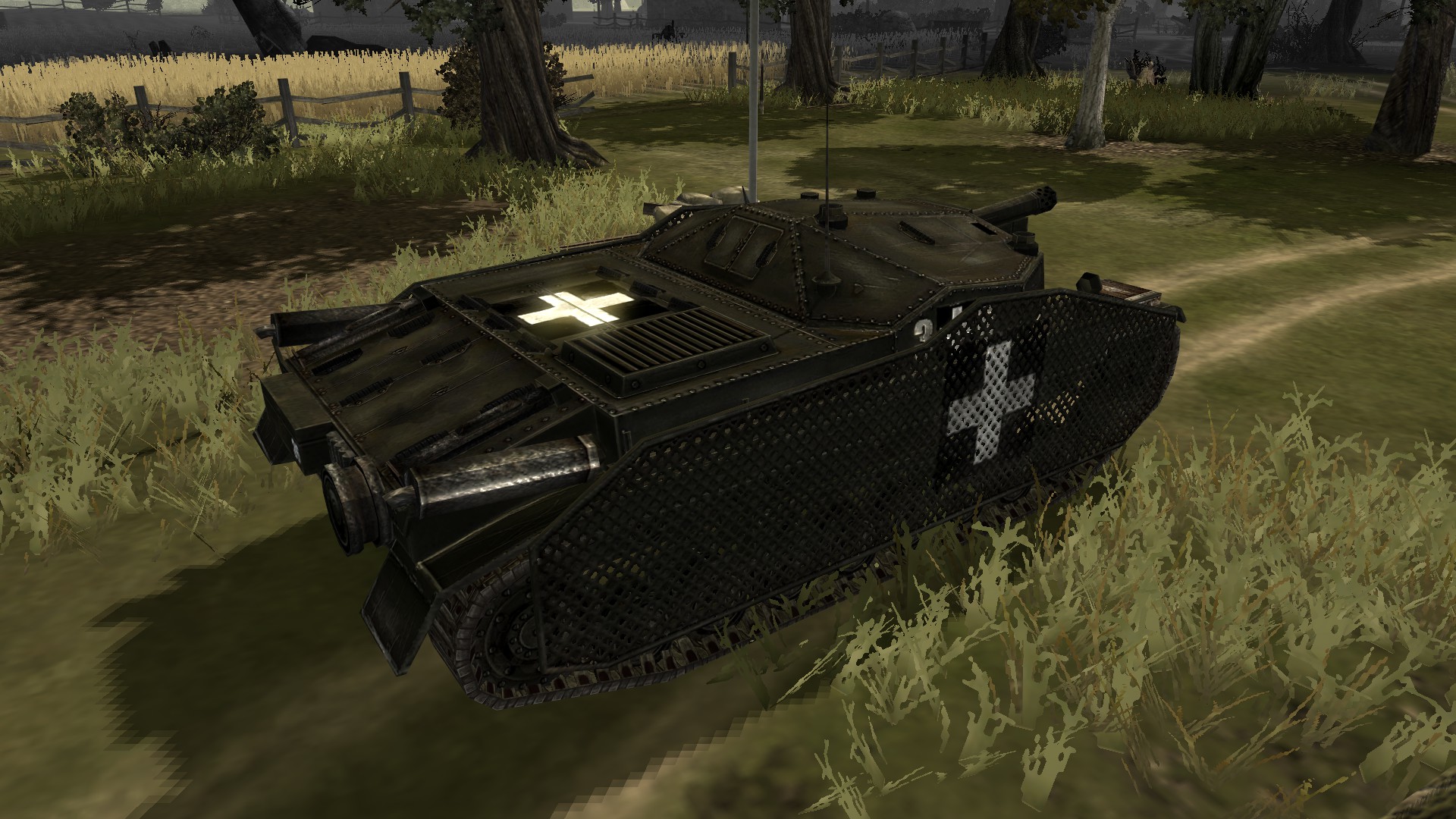 Request a Zrinyi II SPG and a Border Guard squad. The Zrinyi II has a 105 mm howitzer, and it is designed to fit the role of infantry support vehicle. The Border Guards are a 5-man squad that come equipped with two panceltoro rocket launchers and three M43 Danuvia smgs.

Allows the commander to fire a barrage of incendiary shells over a designated area. The projectiles will burn the area for some time, denying the area for infantry forces in the process.

The initial concept for this tree has being finished some hours ago, thus we still need to prepare the units(code for abilities and units, textures), so we don't have too many screenshots to add. Also, the names of the abilities might change later. For now is all we have to show, if you have any comment or tip please let us know by writting a comment here.

Did Panzerwerfer is now not firing incendiary shells?Is the effect of the fire will be stronger than before?

I did not expect to see the King Tiger in Ostheer! By the way, cool camo on it. Very good command tree with cool abilities. Perhaps it will be my favorite tree commands. Good job!

The high manpower call inns are a problem.

Vanilla PE had a panther group call-in which still costs 1000MP. Also, it makes a ton of sense for the Axis units/abilities to cost more MP historically wise, forces being overstretched and all.

Well you can't compare those cause the panther group call-in is non doctrinal.

Panther battlegroups were a problem in the original game aswell.

Perhaps PE is not a faction for your play style then? =)

That's nice and all, but you know what would have been nicer? - Explaining your opinion. Obviously there is a problem for you where it isn't a problem for me. You want me to see your point? Well, you'll have to give me few reasons first, rather than just repeating "this is problem".

You should let the Far Eastern Blitzkrieg Front Mod Fusion use your content it has a very nice potential.

how to update my 2.30 eastern front version to aquire this new improve update of eastern front teach me how to do update thnx i need an imidiate respond

how im I gonna update my eastern front 2.30 to avail that new patch thnx and more power