Take a look at Nairi's visual process, from our upcoming game NAIRI!

Posted by HomeBearStudio on Oct 8th, 2016

Let's talk a bit about the visual design process of Nairi - the main character!
If like what you see here, please consider checking out our Kickstarter campaign for NAIRI.
We could really use the support! :) 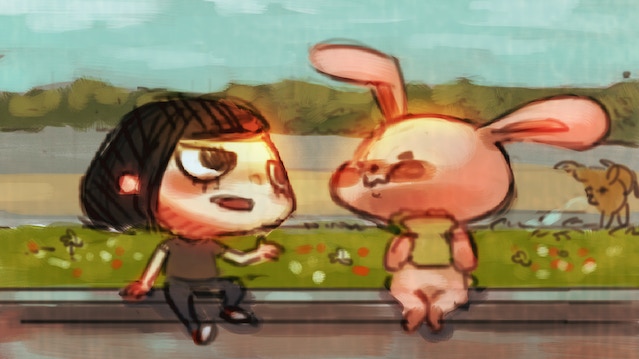 One of our earliest conceptual pieces!

Nairi started out as a collection of 'traits' we wanted to play with in the narrative.
Traits that we were aiming for were: 'tomboyish', 'intelligent', 'kind' and 'stubborn'. 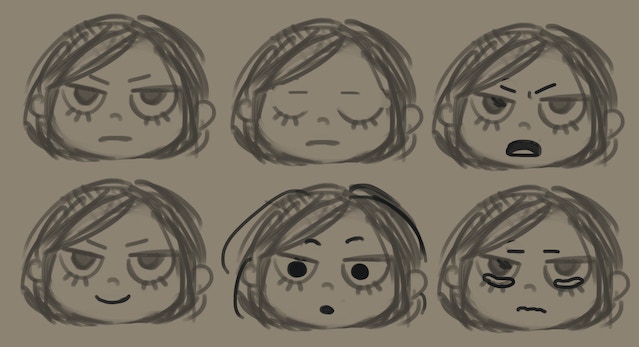 Trying out some of Nairi's expressions!

We really liked our early renders of Nairi, but felt she could stand to look a bit tougher.
The whole 'fantasy oriental city' wasn't a thing back then, so Nairi looked quite a bit more modern - with jeans and a flashy backpack! 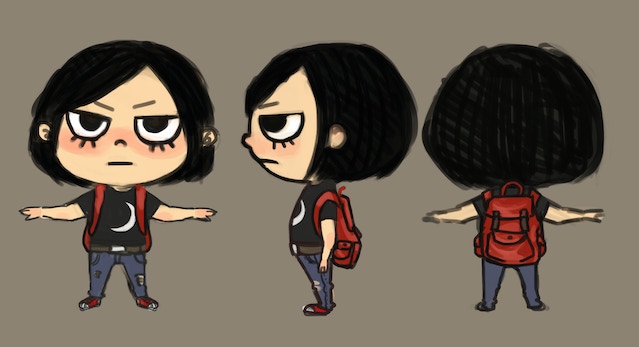 Nairi with jeans and a backpack! 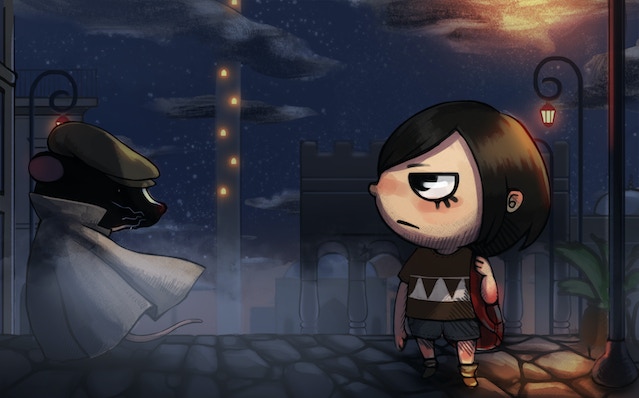 Nairi in the city of Shirin! But... a bit more modern!

Of course, once we fleshed out Shirin and its atmosphere, Nairi needed to follow suit. Her fashion changed, and so did her story. 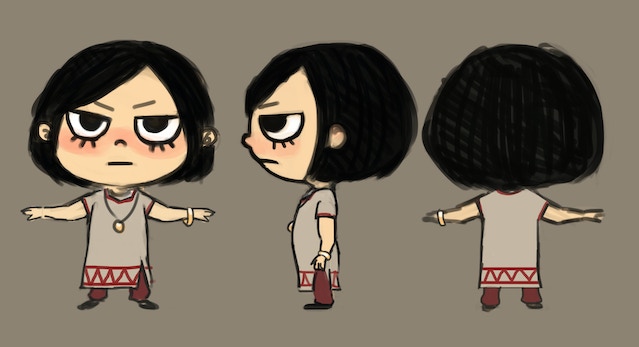 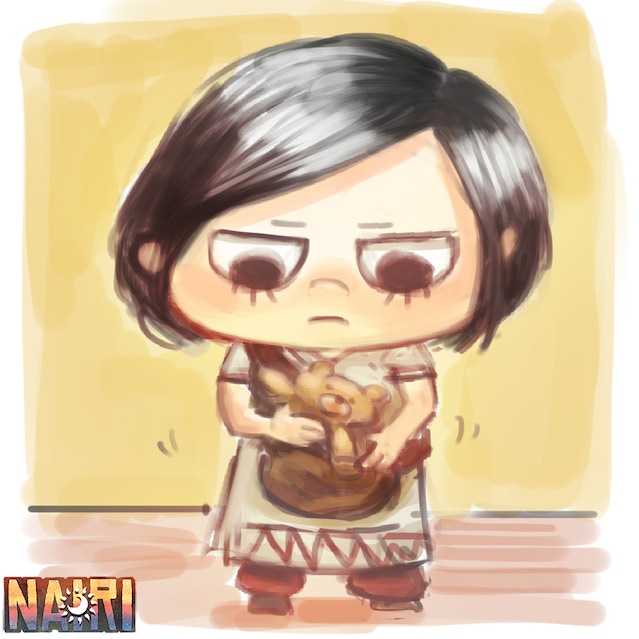 We toyed with a cuter and younger Nairi, but decided to go a different route!

Our original 'modern tomboy' Nairi organically transitioned into our new oriental setting as a bored and sheltered upper-class citizen that gradually discovered her true nature during the game. 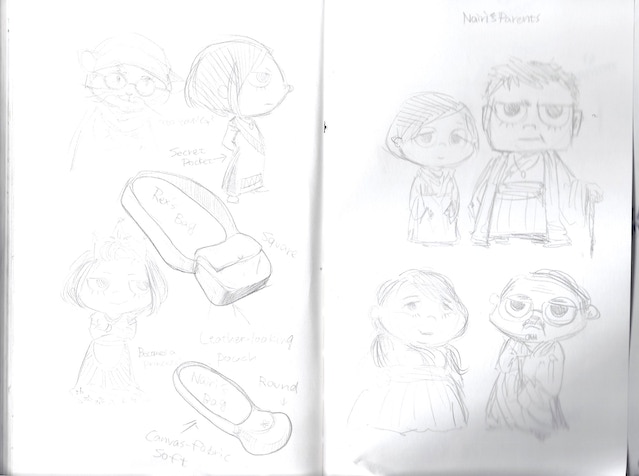 Original sketches of 'Shirin-style' Nairi - and her parents!

Considering what happens to her at the start of the game (not spoiling it... yet!),
her somewhat aloof appearance and behavior makes sense. Still, we added just this little bit of extra 'anger' to her final render to reflect the struggles she goes through. 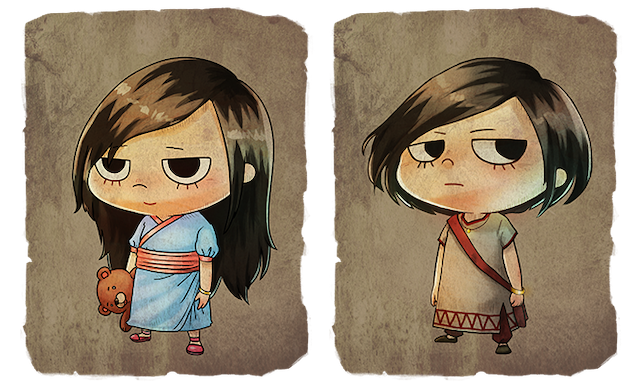 Nairi starts out sheltered and scared. Then things get complicated!

We hope you liked this extra look at Nairi!
See you until the next blog, and remember - keep spreading the word. :)

Hey guys! keep at it!

Hey there! Thank you!!